Inside Barbarian's Campaign of Empathy and Weirdness for Biden 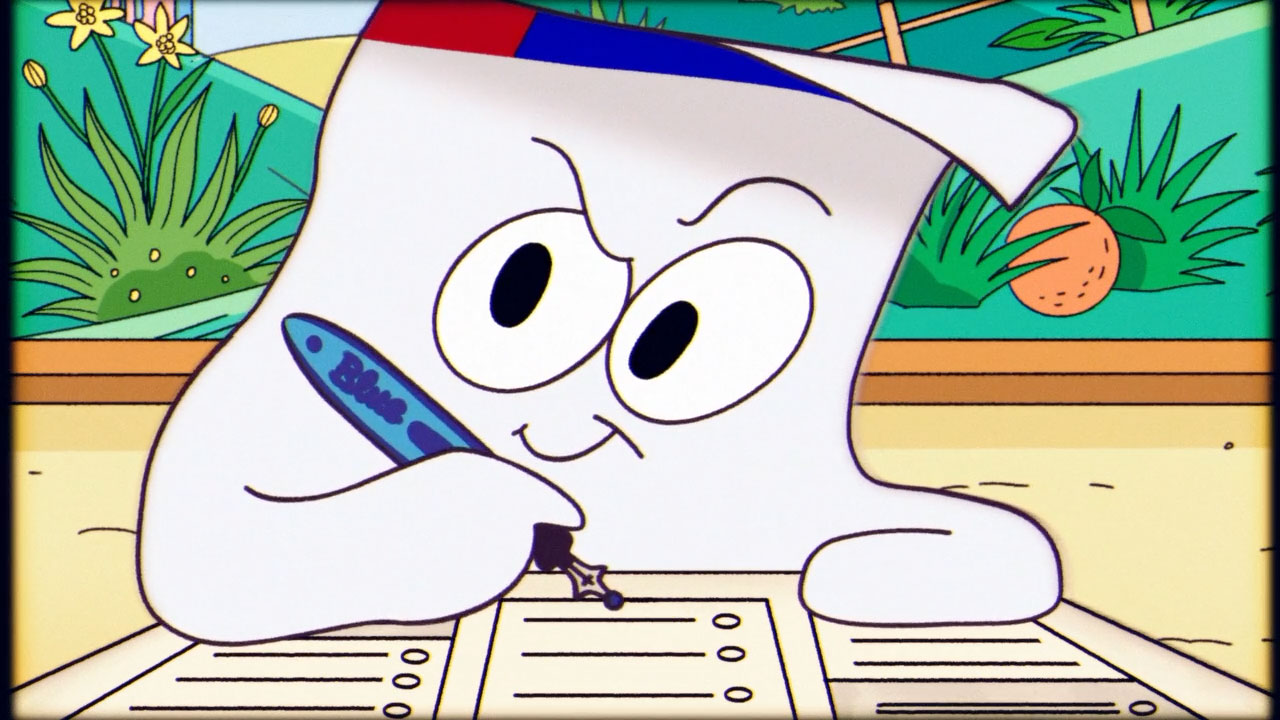 If you spent the election in one of America's key battleground states, you may have met "Votey McVoterson." A throwback to the educational films we all remember from childhood, this little animated ballot radiated an irresistible warmth and tenderness uncommon to work seen in the run-up to an election.

You might not have realized you needed the innocence and plump, smooshable features of Votey as he waxed lyrical about how to vote in your hometown until you found yourself singing his catchy little jingle for days. Maybe you found it a little strange, but then, hadn't "strange" become the flavor of everything?

There's never been a year like the one we've just had. And (hopefully) there will never be a presidential election like 2020's. We'll no doubt all be sharing stories about it for years to come. This particular story starts in the closing weeks of the election, when Biden for President approached us at Barbarian, looking for some out-of-the-box thinking to help swing key states from red to blue.

With our agency mission of "creating the future faster," we pride ourselves on the core tenets of speed, progress, craft and courage—and this campaign would see us put each to the test.

Our massive task meant not only motivating a public reeling from the effects of a pandemic to vote but we also had to fight voter suppression, stimulate apathetic young voters and teach Americans how to vote using new and increasingly bewildering methods—methods that varied state by state, county by county, and seemed to update almost daily.

All while, as we know too well, the incumbent president attempted to denigrate the process. As "how you vote" became increasingly politicized, it became clear that winning the early and mail-vote for Biden could mean winning the election.

Where elections in the past had carried the message to "get out and vote," there would be no "getting out" and the "vote" part would have to be taught. But in the midst of the most expensive media buy-up in election history, such "lessons" would have to fight hard for attention.

With streets boarded up and months of isolation and uncertainty playing havoc on American's mental well-being, it was obvious this was no time to attempt to scare voters into action.

Barbarian's solution would be two-fold:

Be empathetic and get a little weird.

We fought the same-ness of political messaging and the strangeness of the times by leaning into the bizarre and bringing some much-needed joy. We had to flip the script on Covid with unconventional thinking to give voters back their voice. We delivered work that felt both nostalgic and trendsetting, using unforgettable characters, humor and good vibes to alleviate fears around voting.

We introduced America to "Votey McVoterson." Narrated by talk show host Andy Cohen and comedy darling Margaret Cho, and in partnership with legendary animation house Psyop, we created a unique (and adorable) Votey short film for each of the six swing states and did it all in mere weeks.

But we didn't stop with Votey. Not by a long shot. Our team created a diverse suite of edu-tainment that was often too peculiar to ignore.

We "broke" one of America's biggest digital billboards, the "Nevada Spectacular" on the Las Vegas strip. Forcing the massive screens to "glitch" and flooding them with pop-ups, cat videos and messages, it stole attention to let voters know the "voting system" only "fails" if we don't vote. 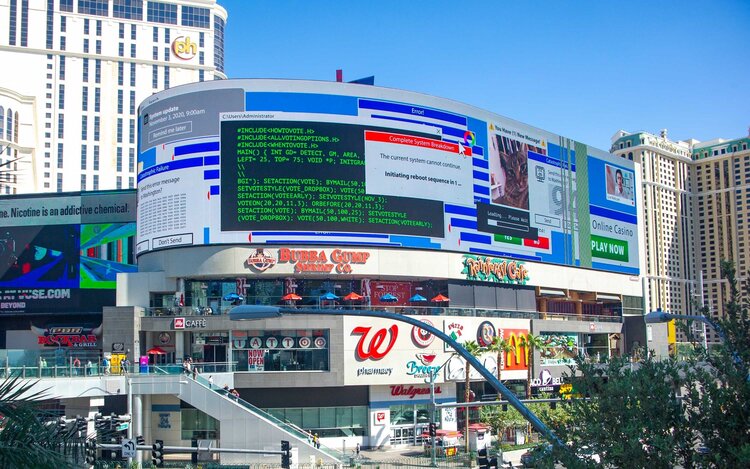 We created a satirized movie trailer for an imaginary film called Election Day. Action-packed with ironic stock video, it helped to fight the very real problem of voter apathy.

We made early, mail-in voting look cool by crafting hilarious anti-design animations with all the tropes of a '90s website across paid social.

We empathized with how America was feeling through another animated character, a sad, disheveled American eagle who sat silently in a rocking chair and paired the image with the message, "American can't take another four years."

Meanwhile, we continued to respond to issues as they developed in real time. When thousands of Pennsylvania's mail-in votes were invalidated due to return-envelope issues, our team understood that every second wasted could be an election-winning vote lost. In just three days, and with the help of Hamilton star Leslie Odom Jr. singing a parody of Stevie Wonder's "Signed, Sealed, Delivered," we swooped in to save the day with the world's first twerking ballot! Yes, you heard it right—we twerked our way into voters' hearts.

Pennsylvania: If you’re filling out your ballot, use your secrecy envelope!

To deliver the work at such speed, we reimagined our process with an always-on working model. We had teams of Barbarians working "day" and "night" shifts, seven days a week, so that every moment was covered during the critical last weeks before Election Day. As the campaign reached its final stages, content was pushed out around the clock, with our diverse and dedicated teams ready to tackle any challenge—no matter what time of day.

Our managing director Courtney Berry said it best: "Working with Biden for President was a dream for the agency—not only because many of us had been searching for ways to contribute to the cause, but also because the Biden team recognized that creativity can be incredibly powerful in mobilizing action. While we had long days and nights, the client's support of creative ideas was a source of inspiration and energy for us all."

And it worked! 2020 had the highest voter turnout since 1908 and the highest number of youth voters in history. Barbarian's work helped to swing Arizona, Michigan, Wisconsin and Pennsylvania—with Biden winning by early and mail-in votes in all.

Together, Barbarian and Biden for President changed voting and made history. 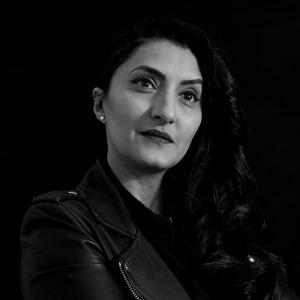 Resh Sidhu
Resh Sidhu is executive creative director at Barbarian. She joined the agency in 2020 from AKQA, where she was group creative director across London and New York. She now leads Barbarian's creative department across content, design, product and service innovation, and creative technology.