How We Turned Garbage Into the Most Wanted Scent

The story of the I AM TRASH fragrance

The process of creating a perfume starts with what the fragrance industry refers to as a narrative brief from the client to a master perfumer (often referred to as the Nose).

In our case, we at Ogilvy Paris were the client in partnership with luxury perfumer Etat Libre d'Orange. Our brief for the Nose was a simple one—to create a perfume made from trash. Sure, super simple … I AM TRASH was conceived as the first perfume to be made from what's left over after the fabrication of a perfume. The Nose was Daniela Andrier—one of the most successful and renowned Noses worldwide, creating fragrances for iconic perfume brands such as Prada, Kenzo and Guerlain. And the perfume fabricator was Givaudan, the world's biggest fragrance and flavoring company, founded in France over 250 years ago.

OK. So, just imagine if you will telling Daniela Andrier and Givaudan that they needed to develop an amazing fragrance from waste. It's fair to say there was an awkward silence, to say the least. The perplexed expression on the Nose's face when she understood what her challenge was instantly told us our brief was one she had never had before. It was at this precise moment that we finally understood what doing a never-been-done-before meant. Upcycling means reusing. But in the perfume industry, this means reusing what is trashed after a perfume is produced—from the second press of the leftovers of previous productions.

The Nose works with different ingredients to arrive to a fragrance. In the case of I AM TRASH, these ingredients would come from organic trash, including: rotten fruit and flowers distilled for a second time instead of becoming animal feed; used cedarwood, sandalore and akialawood chips before they would have turned into fuel…

Once we were all clear and aligned, Daniela Andrier picked up the phone and started asking what was left over from the last fragrance fabrication to start figuring out the ingredients she could consider for her first trial of I AM TRASH. She specified which of these ingredients to put aside … along with a precise quantity for each, as if she were doing a grocery list but for something a bit more challenging than the weekly shopping.

From here, we anxiously awaited news from her and Givaudan. It wasn't long after our briefing that we saw a meeting in our calendars titled "Sniffing Session." Right … "sniffing," on a Wednesday at 3 p.m., in our business agenda. WT****? We quickly learned it was the smelling of the first trial of the juice (aka the scent).

After the first trial, we received subsequent trials of the juice by way of messenger in small sniffing jars. In anticipation of each trial, we were like kids opening Santa's presents on Christmas morning. Especially so, since—we also learned in this process—the morning is the best moment of the day for the nose to "judge" a scent. Seems like our noses get a bit lazy after lunch.

For each trial, we'd get the team together to give our collective feedback to the Nose in a way that made sense. "Smells too sweet." "Not enough character." "Too citric."

After several trials, you can't imagine our excitement when we arrived, in partnership with Etat Libre D'Orange, on the final scent of I AM TRASH, bottled and packaged. This was an amazing moment.

The I AM TRASH perfume went on to be the brand's best-selling product in the history of Etat Libre d'Orange, and a successful first for Ogilvy Paris in the innovative creation of a perfume made from trash. But maybe the thing we're proud of the most is that the product we created has started a movement in the fragrance industry that's happening at this very moment.

Givaudan is receiving requests from the big players in the fragrance market to develop their own upcycled scents. For us, this movement toward upcycling is not just a result; it's a payback for hard work and good ideas. This is a reward that reassures that what we did is anything but trash. 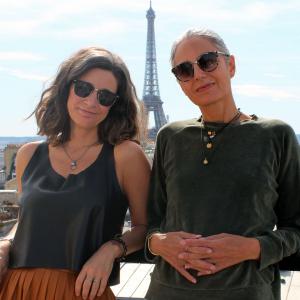