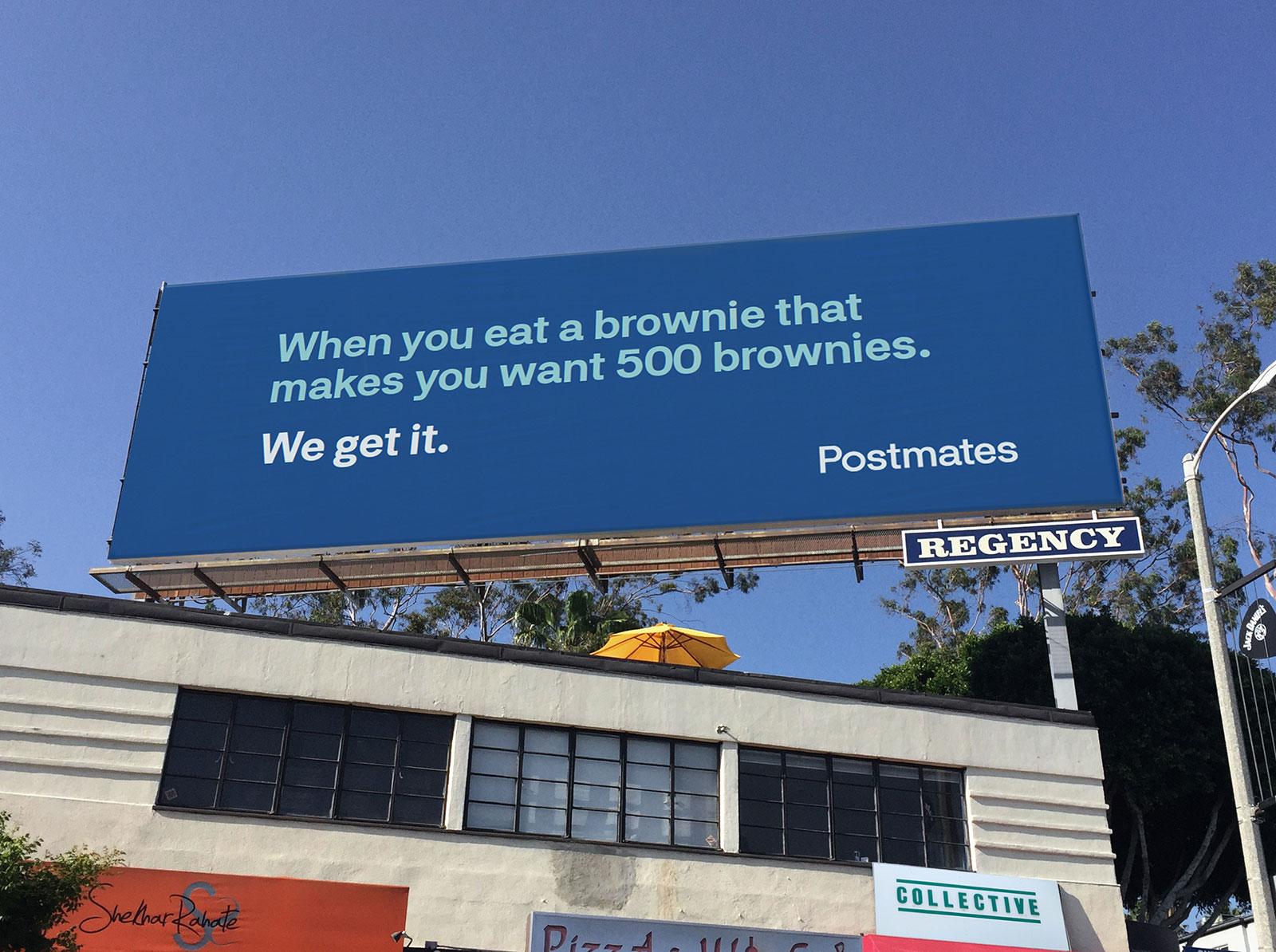 How We 'Got' the Quirks of New York and L.A., So Postmates Could Too

Postmates is an on-demand delivery service, which means they get things for people like you and me. Things like food, shoes, electronics, sunglasses, Advil, those hipster donut inflatable pool toys, vodka, whistles. Whatever it is, Postmates gets it.

They asked us at 180LA for a campaign that would get people in Los Angeles and New York City talking about them, and give their brand a role in pop culture. Two weeks later, we presented them with "We Get It" as a brand platform. It speaks to exactly what Postmates does as a company (gets things) but also allows us to show consumers that we truly understand them, their cities, their neighborhoods, their lifestyles, and why they would ever possibly need gluten-free dog food at 11 p.m. Yes, that is a thing people in L.A. care about, apparently. 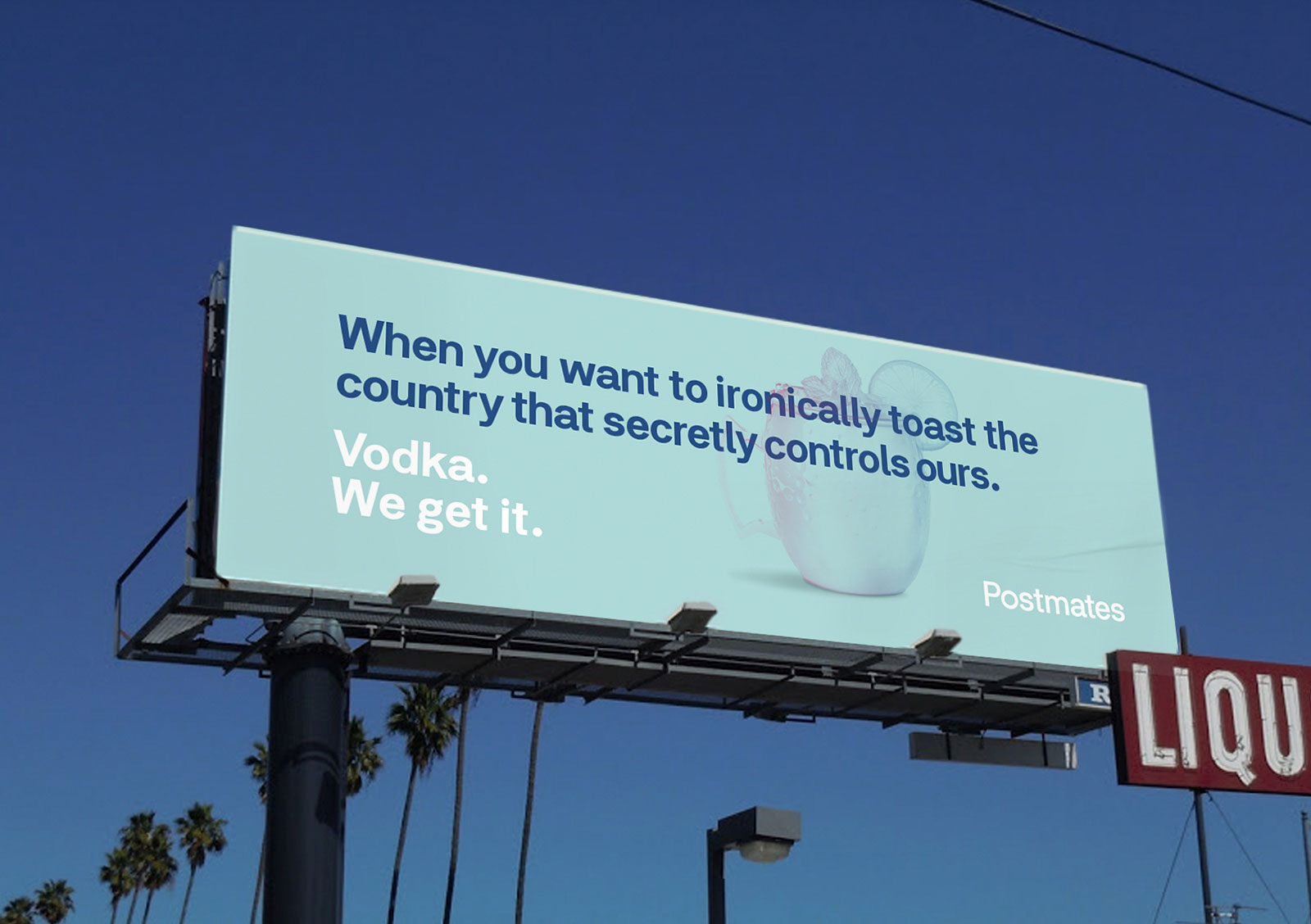 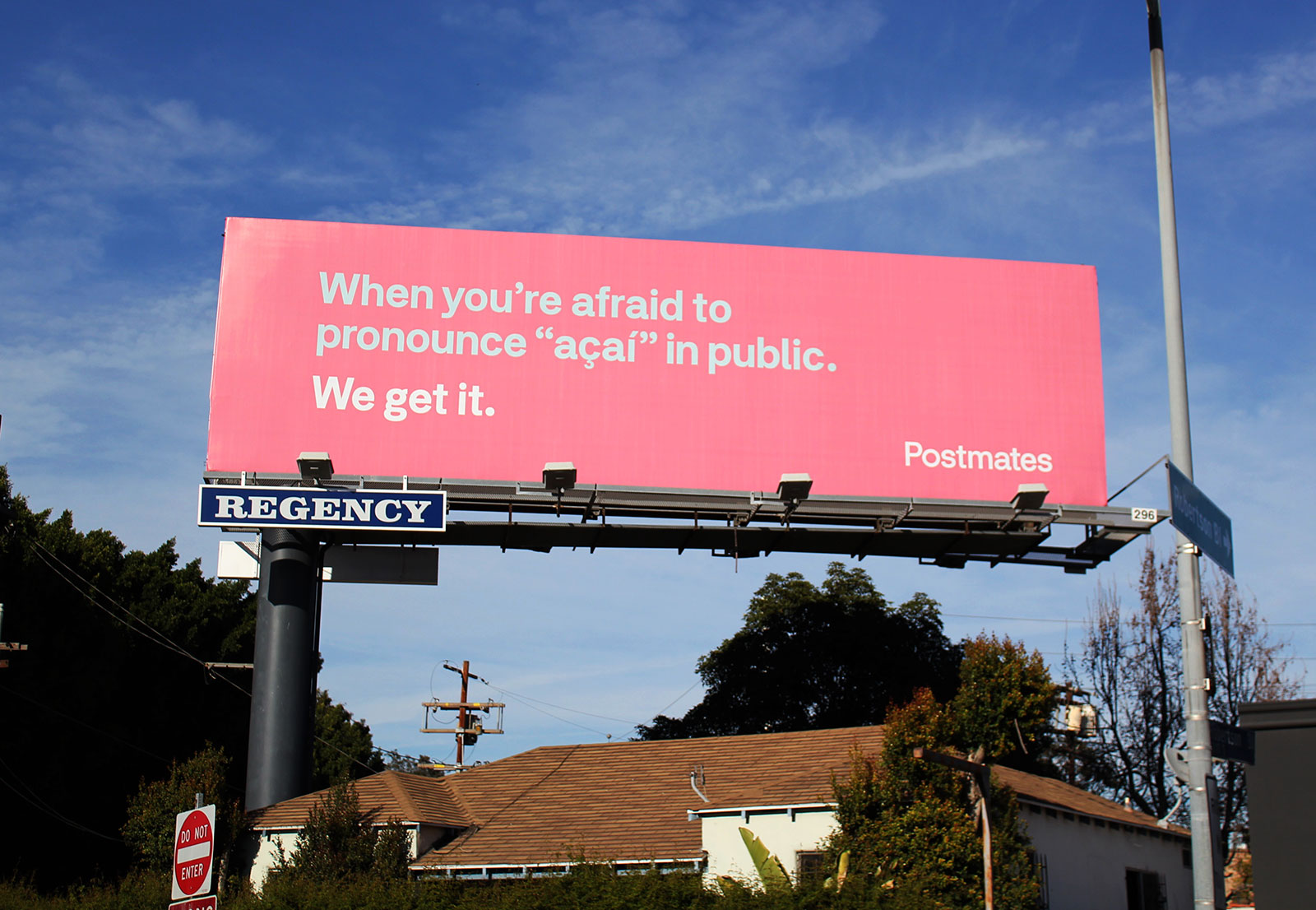 Before putting pen to paper, we did research using Postmates data from their order trends, combined with some good old-fashioned "paying attention" to what was happening around us in L.A. For New York City, we interviewed people about their routines, neighborhoods and gripes about living in the city to get a sense of what being a New Yorker is like for our target. One of our copywriters grew up in White Plains but pretends he's from Manhattan, which helped us with some good insights into life in the city.

After all the research, we wrote hundreds upon hundreds of headlines for each city and ended up with more than 80 unique executions, many of which were bespoke and written specifically for media placements in and around relevant neighborhoods and businesses. 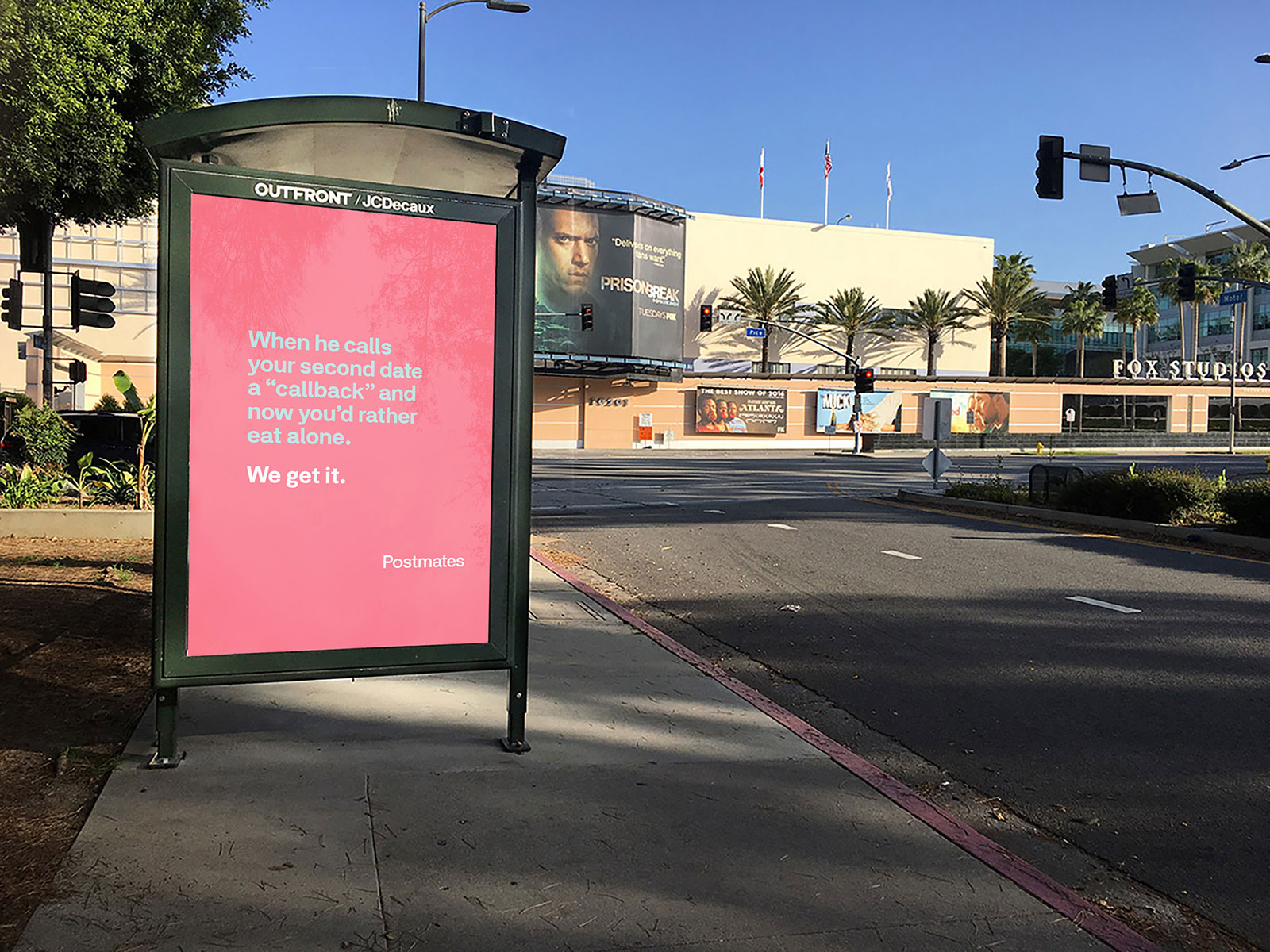 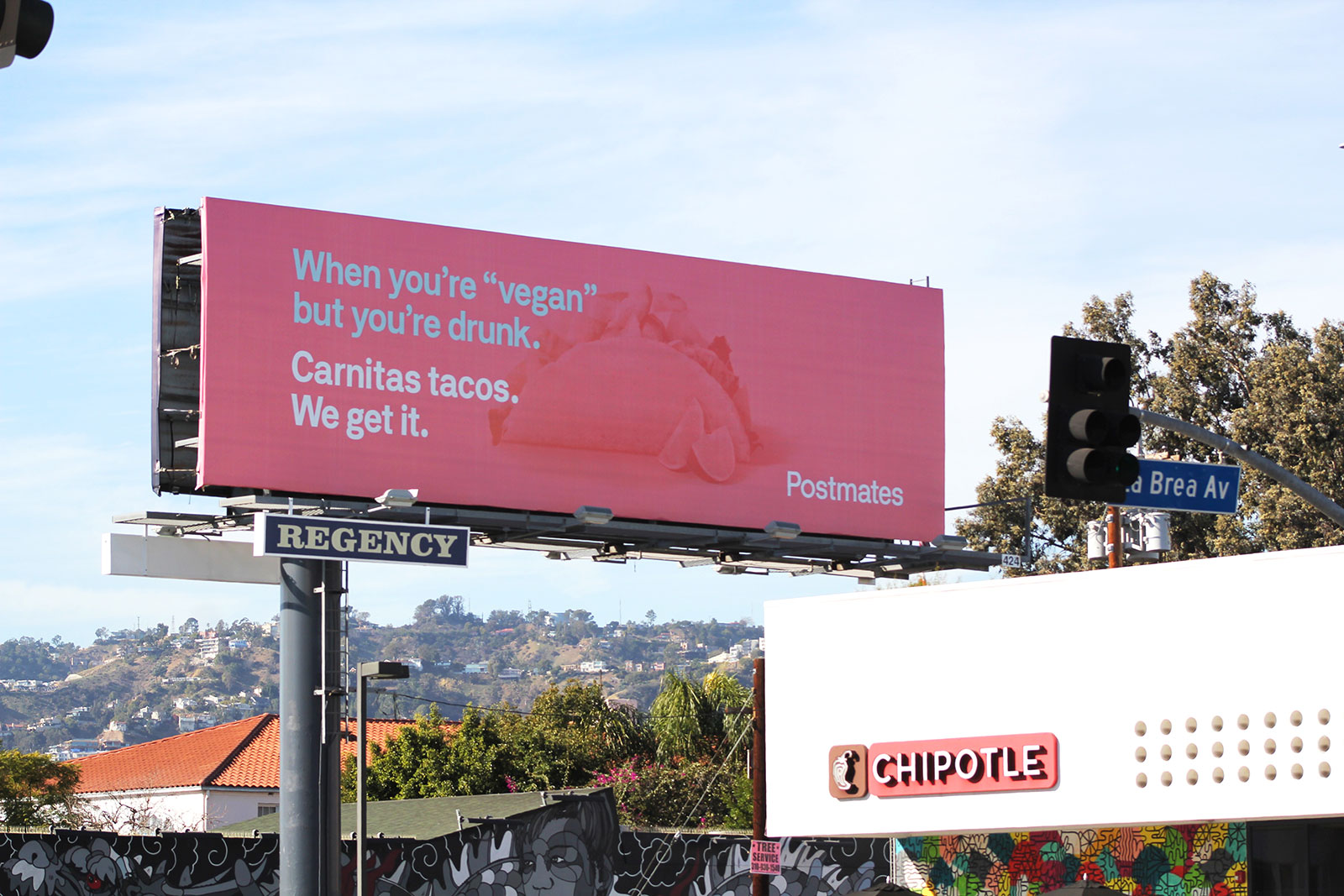 As the work is headline-driven, and many of the lines are longer than are typically found in an out-of-home campaign, we went with a simple look to ensure the ads were easy to read and digest. The bright, cheerful, six-color palette matched the youthful brand and allowed us to create variations that worked in individual executions, as well as when grouped together in wild postings.

One of the most rewarding things about the campaign was that, for such a traditional medium like OOH, the campaign really came to life online. The ads connected with people, who used them as sort of a social currency. They took to sharing the ads on Instagram, Instagram stories, Twitter and Snapchat, which, by the way, is quite dangerous to do while you're driving in L.A. 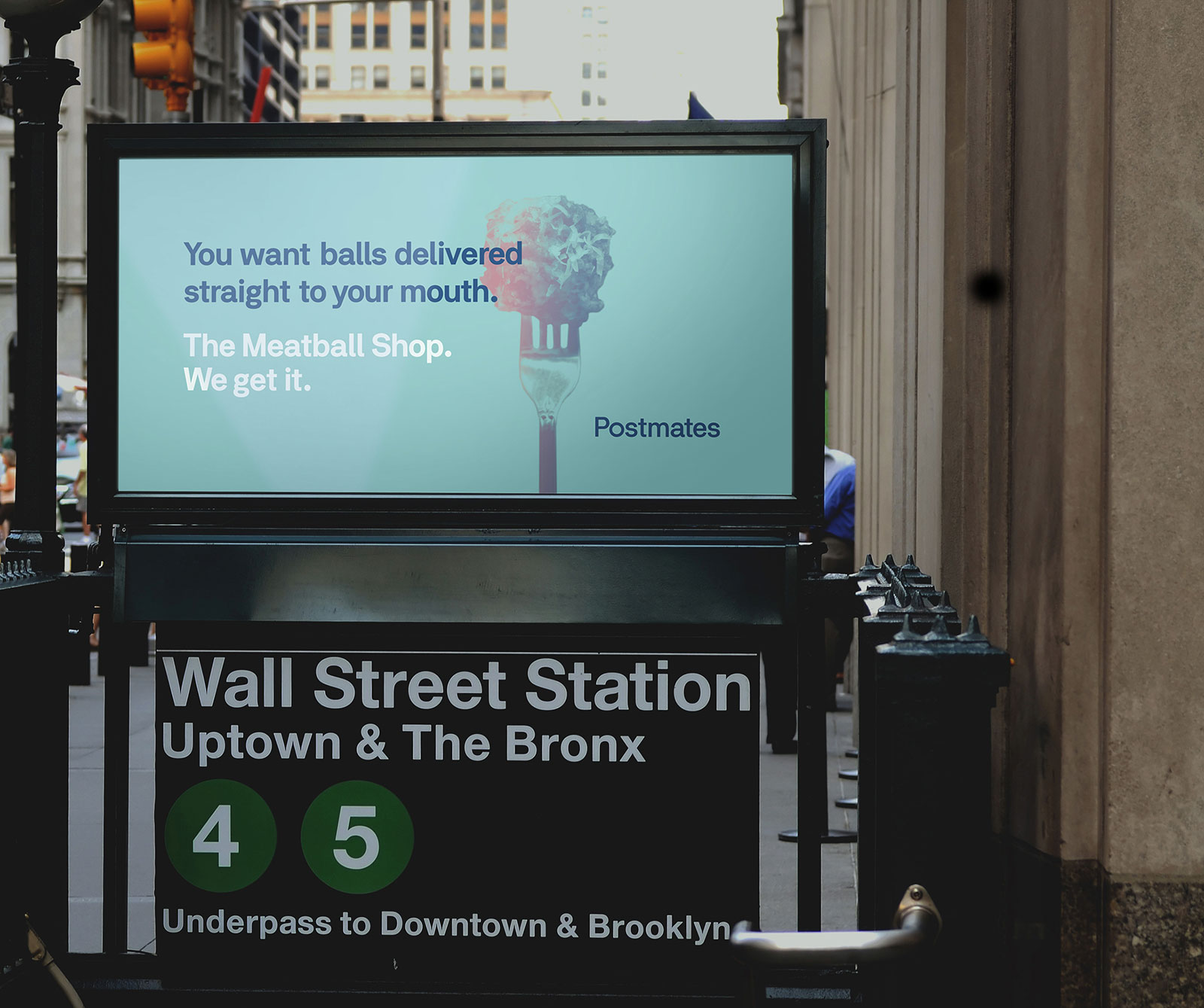 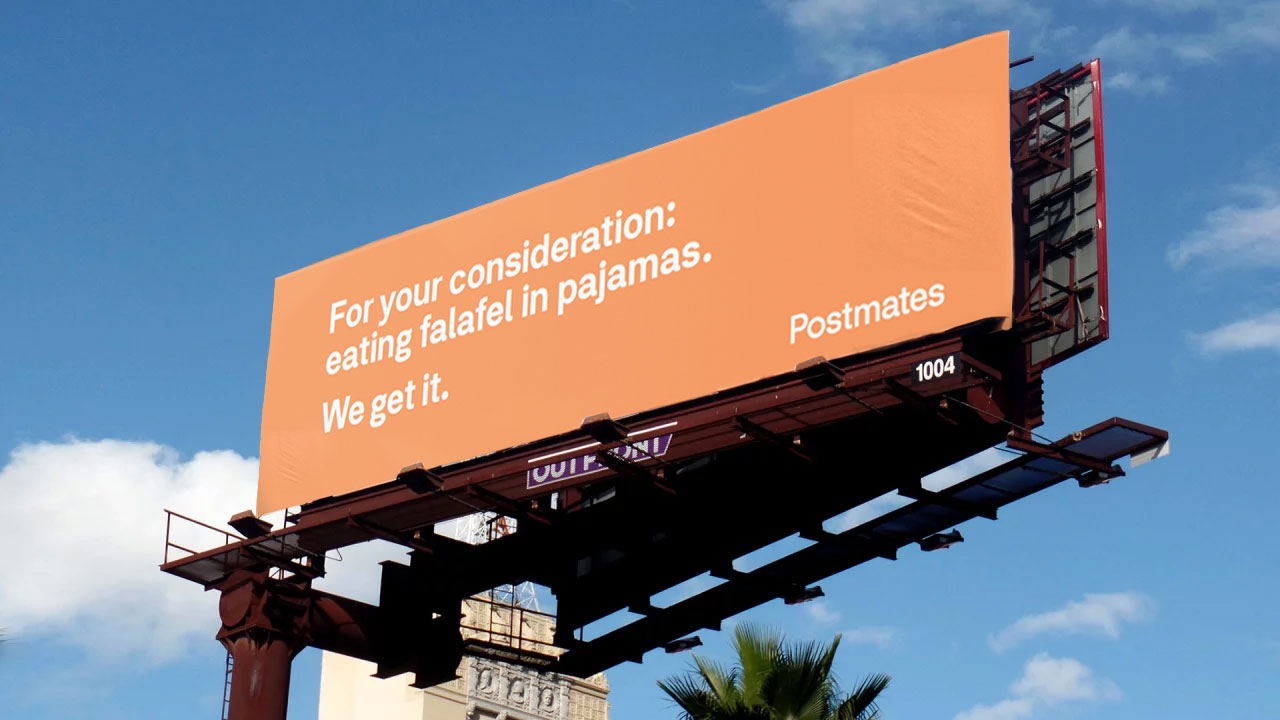 Tons of people echoed the campaign tagline saying things like, "Postmates really gets me" and "This campaign is stealing thoughts from my head." One of our ads in New York that read, "When your friends think they're Carries, but they're really Samantha's and you need a night off to be a Charlotte. Dinner at home. We get it," which is a Sex and the City reference, was seen by Sarah Jessica Parker at her subway station. She posted a photo to her Instagram, resulting in an additional 750,000 views of that ad alone. And we learned SJP actually takes the subway.

Lastly, the campaign produced results. In L.A., brand awareness went up 4 percent more than our goal, and within a week of the campaign launching in NYC, Postmates had to start scaling their fleet to handle the uptick in orders. To date, the campaign has almost 300 million total impressions and counting. We always love when good work is good for business. 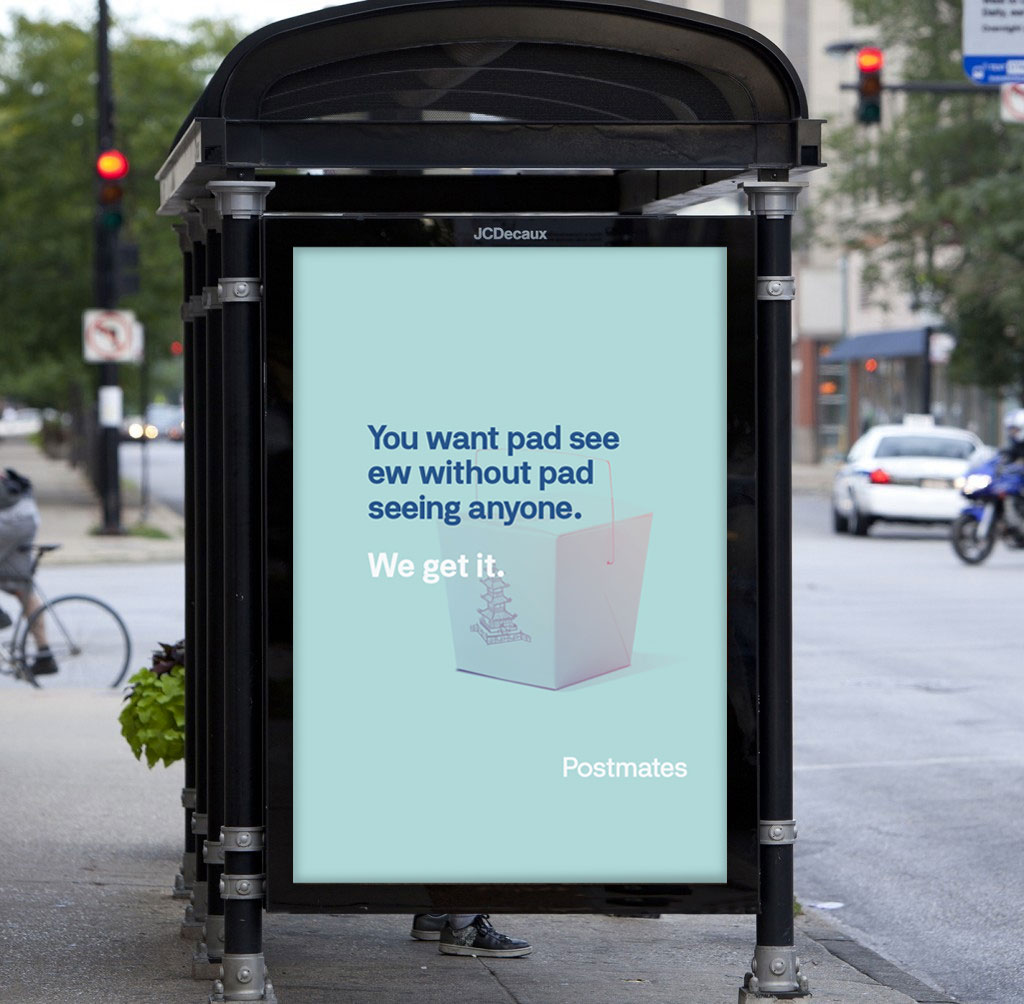 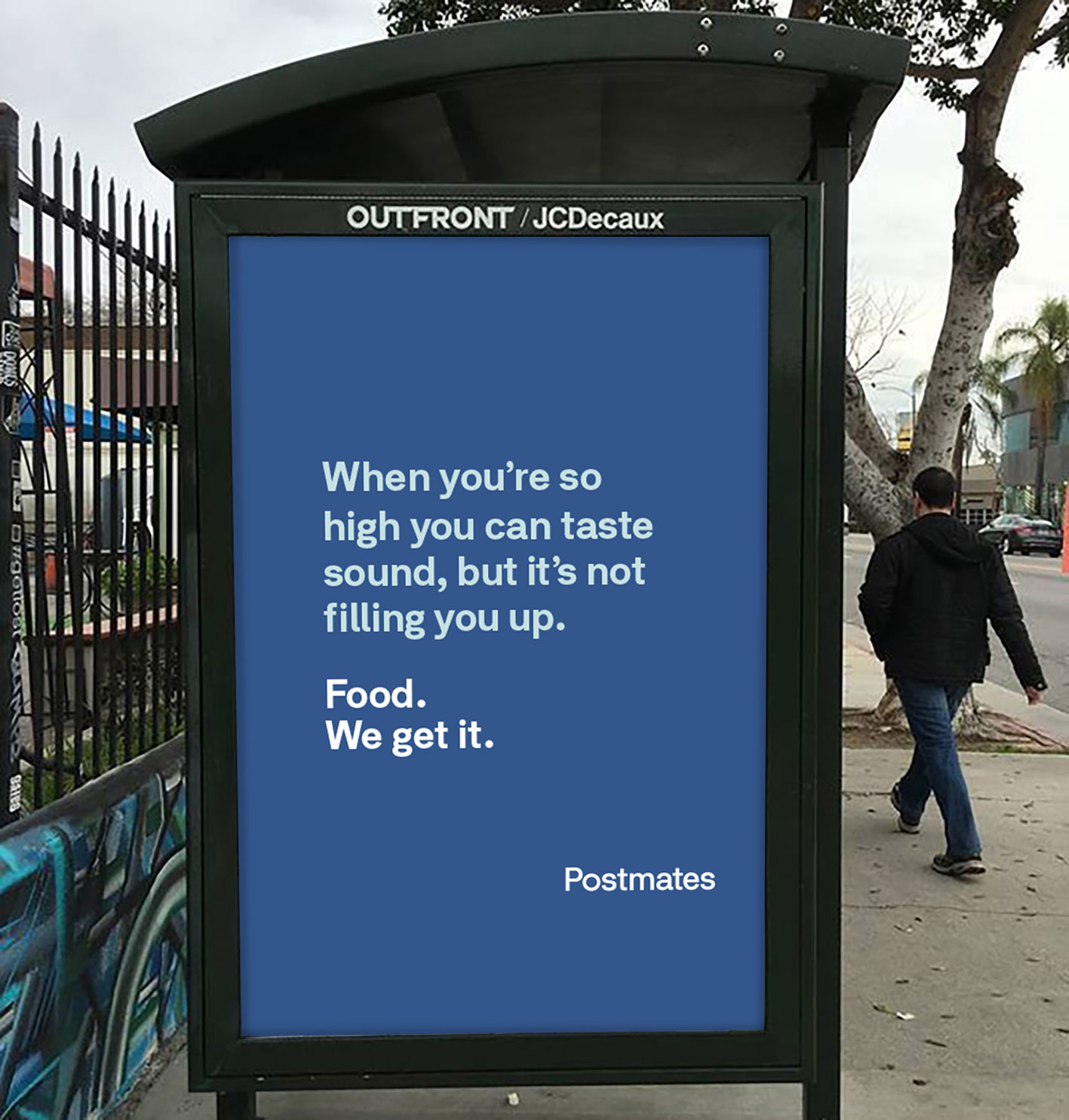 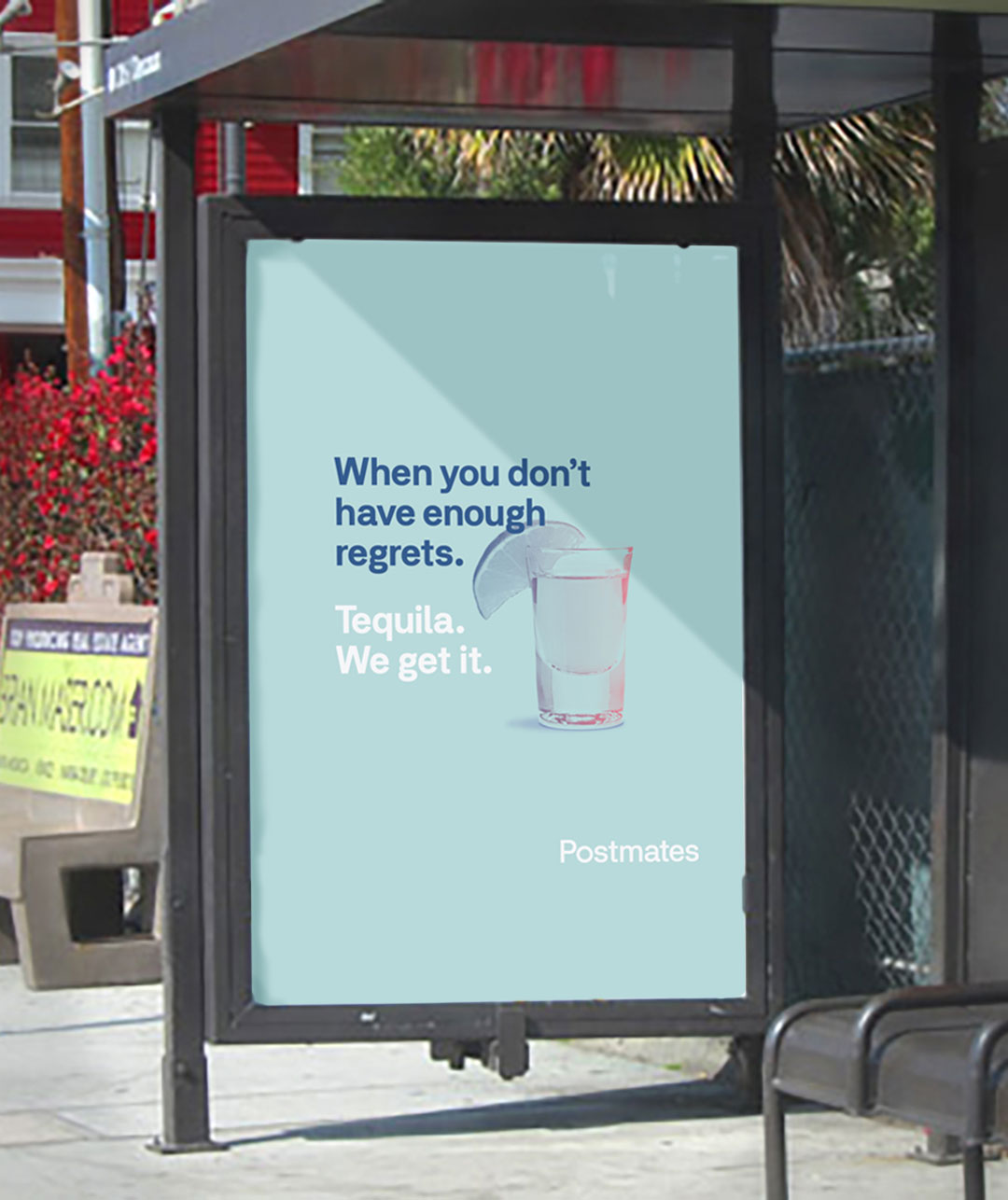 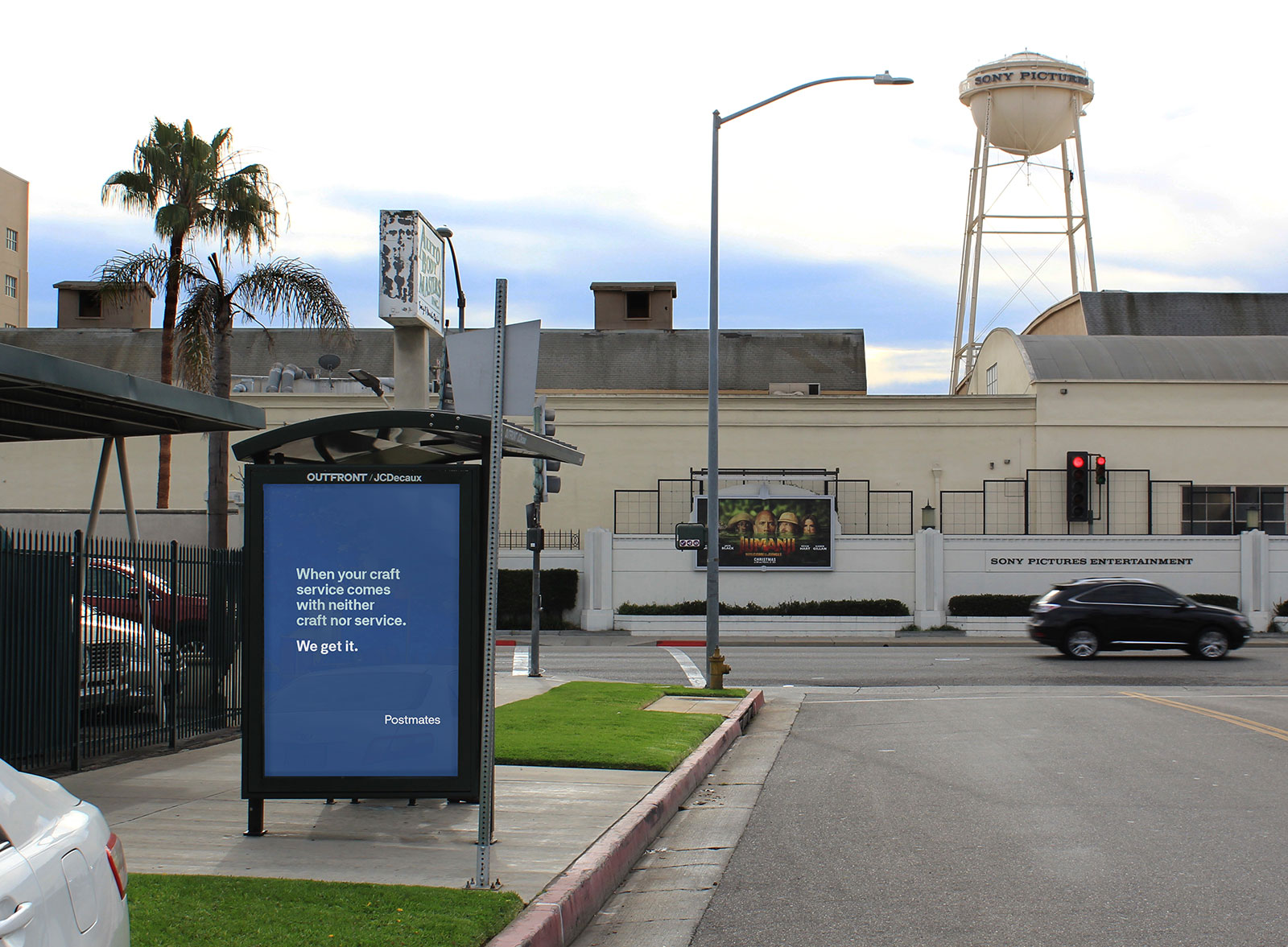 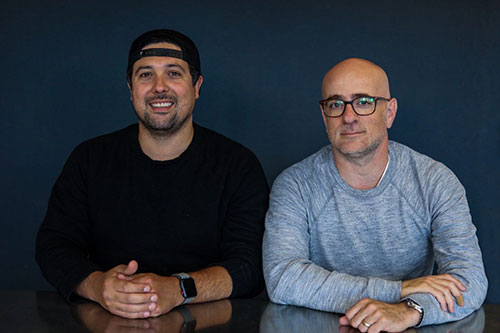