How We Brought Tourists to a Bourbon Distillery in a Pandemic

Turning the tourism paradigm upside down

When your business grows 35 percent from one year to the next, it's easy to feel good about your prospects. When that business is based on tourism, and the year-to-year span was 2019 to 2020, your prospects disappear. Literally.

But Buffalo Trace Distillery isn't just any tourism destination. The world's most award-winning distillery is a National Historic Landmark that has been in continual operation for over 200 years. It has persevered through fires, floods, tornadoes and even Prohibition. (It was one of a few permitted to distill medicinal spirits then.)

To Buffalo Trace Distillery, Covid-19 was another challenge to overcome.

As Buffalo Trace's creative partner for almost 20 years now, Cornett knows bourbon fans are fiercely loyal. For many, visiting the place where their favorite spirit is made is almost a duty. While the pandemic eliminated their ability and, in some cases, comfort level with coming to visit, we helped the distillery take the visit to them.

Inspired by a livestream tasting that was a big hit with core fans, "Whiskey Wednesday" launched in May 2020 with a 15-minute tour of the mash house where the grains are cooked to start the bourbon-making process. The tour guide was master distiller Harlan Wheatley, a celebrity among knowledgeable bourbon drinkers.

Early Covid limitations had many distillery employees working from home. Social distancing guidelines challenged the plan for a typical video production. That meant only Wheatley and Cornett's Tim Jones were present. Jones, Cornett's executive creative director, shot the livestream on his smartphone. That feed was routed to Cornett's digital team, which used livestreaming software to route the feed to Facebook and YouTube simultaneously.

The stream was sent to the Buffalo Trace Distillery and Buffalo Trace Bourbon brand channels on Facebook and YouTube. Over 30,000 people watched the episode.

"It's great to connect with so many people when I'm unable to travel to them," Wheatley said.

Such impressive success set the wheels in motion for us to shift into producing a weekly web program. Jones added lightweight production equipment to the on-site setup, employing microphones and portable lighting when needed, but still funneled the stream's origin from a smartphone.

Cornett's digital team took the feed and routed it weekly to an ever-changing array of Facebook pages, YouTube accounts and Twitter feeds. The distillery accounts were the priority, but as weekly content shifted focus from one brand to another, certain brand pages were turned on while less relevant ones waited their turn.

The variety of content also challenged Jones and team to give a walking tour one week, a stationary product-tasting program the next, then a Q&A interview at a specific location on the grounds the next. Some locations on the distillery campus posed challenges with WiFi access, audio and lighting, keeping Cornett's team on a constant path of problem-solving to keep "Whiskey Wednesday" flowing.

Bringing the experience to the fans flipped the tourism paradigm on its head. Cornett helped Buffalo Trace Distillery provide a virtual, real-time experience to its always-thirsty-for-more audience. Longtime loyalists were excited to get an up-close and personal tour from the master distiller himself. Newer audiences were captivated by the education and behind-the-scenes exposure to the magic of bourbon making.

Initially concepted as a short-term test, "Whiskey Wednesday" became a full campaign and content marketing bonanza. The brand and distillery teams, including Cornett's lead creatives and digital strategists, plotted a calendar of topics through the end of 2020 with weekly tours of the various warehouses, public spaces and even exclusive tour locations throughout the property. Different brands and distillery spokespeople were highlighted to the online audience.

From watching the mash ferment to the aged bourbon being bottled, Buffalo Trace Distillery's online visitors saw more of the destination week after week than they ever could during a single visit.

New bourbon expressions were added to the calendar for tastings. Experimental projects were elevated to the audience and explained in unprecedented access.

And the crowds kept coming.

From its impressive debut on Facebook and YouTube, "Whiskey Wednesday" quickly gained virality. Fans talked about the live show, RSVP-ed their attendance on promotional posts leading up to each week. Hundreds of people even logged into the livestream tests an hour before each broadcast and asked questions to be answered by Wheatley or the episode hosts.

For the 12-month period from May 2020 through April 2021, the total show was viewed by 7.4 million people. The calendar year 2019 saw 293,996 patrons visit the distillery. Now, almost that many get a visit from the distillery every week.

By turning the tourism paradigm around, taking the experience to the customer, rather than waiting for them to be able to return, Buffalo Trace Distillery has remained the dominant tourism destination in the bourbon world. The visitors who either cannot or aren't yet comfortable to come back in person are visiting online every week with a live, virtual experience.

The distillery was able to open to socially distanced and CDC-guideline compliant visitors and tours in July 2020. The show continues with weekly episodes to this day. 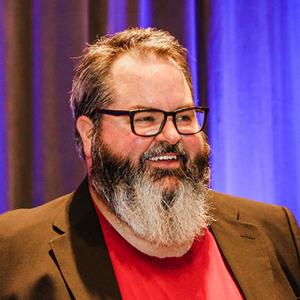