How Sound Design, Not Just Music, Can Drive an Ad Emotionally

Inside our spot for Continental Tyres

Too often with brand films, it's easy to add a quick, off-the-shelf soundtrack in an attempt to drive the action or pluck at those emotional heart strings. But opting for no music, and instead keeping the sounds in the film natural and raw, can be a more powerful approach.

With everything from the score to the sound effects, there is so much opportunity for creativity and experimentation in sound design. I first became aware of the power of sound in film in my college days. I had a film tutor who continually impressed upon his students that sound is as important, if not more, than visuals and showed us that without the clever use of audio, the emotion of a piece of work simply won't translate.

Our film for Continental Tyres, which follows the 2018 Tour de France champion Geraint Thomas as he descends a mountain at speed, has no soundtrack and no voiceover. It just conveys the naturally occurring sounds of the tires against the road, the gears, brakes and Geraint himself, taking the viewer as close as possible to the experience.

This was Continental Tyres' first film with Geraint as its brand ambassador, and we wanted to create something that would feel authentic to the cycling community and stand out—not just another action-packed cycling film. Our idea was to convey a sense of being "on board" with Geraint and create an immersive experience for the audience, without relying on a soundtrack to get the mood and the energy across.

We started by choosing a road and location in the south of France that would not only be visually interesting but that would give rise to a variety of sounds when in contact with the bike. The famous Route de Thorenc became our playground, with plenty of twists and turns winding through the natural rocky tunnels.

As well as mic-ing up Geraint himself, we built an audio recording rig to attach to his bike, which picked up every sound emanating from the bike's components, including the vibrations of its frame as it passed over the road.

Audio was also at the forefront of the creative process during postproduction. In the edit, we looked at letting certain shots run a little longer so the layers of audio could be heard. We allowed the quiet moments to be quiet before changing mood, as Geraint rushed through the rocky tunnels of Route de Thorenc. We worked to enhance the drama of the sound to really engage and excite the audience while staying true to the experience. Focusing as much on the sound as the visuals on the shoot and in postproduction presented its own unique set of challenges, but the payoff was that we produced a distinctly authentic film that draws the audience in.

Every time we work with an athlete on a brand project, our priority is to create something they feel is true to them and that they will be proud and excited to share. There is a real sense of intimacy with Geraint in this film. We can hear his breathing throughout the descent, and we get a unique insight into his incredible skill. It was very important to him to create a piece of work that reflected his approach to the sport and that would resonate with the audience. Sound was crucial to this.

Too often, sound design is low on the priority list when it comes to creating branded content. Social media is littered with poor-quality short videos designed to be played with the sound off. Rather than being considered a crucial part of how a film is crafted, sound is often an afterthought, with the result that the core message and emotional impact is lost.

Taking a creative approach to sound, however, shapes a film into something completely unexpected. And, crucially, at a time when audiences have more to distract them than ever before, it has the power to make people sit up and listen. 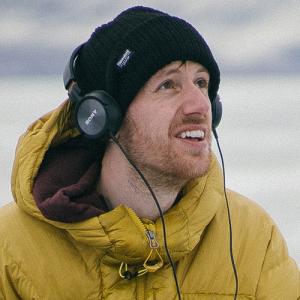