Stirring up intrigue, mass engagement, and a reply from Deadpool himself 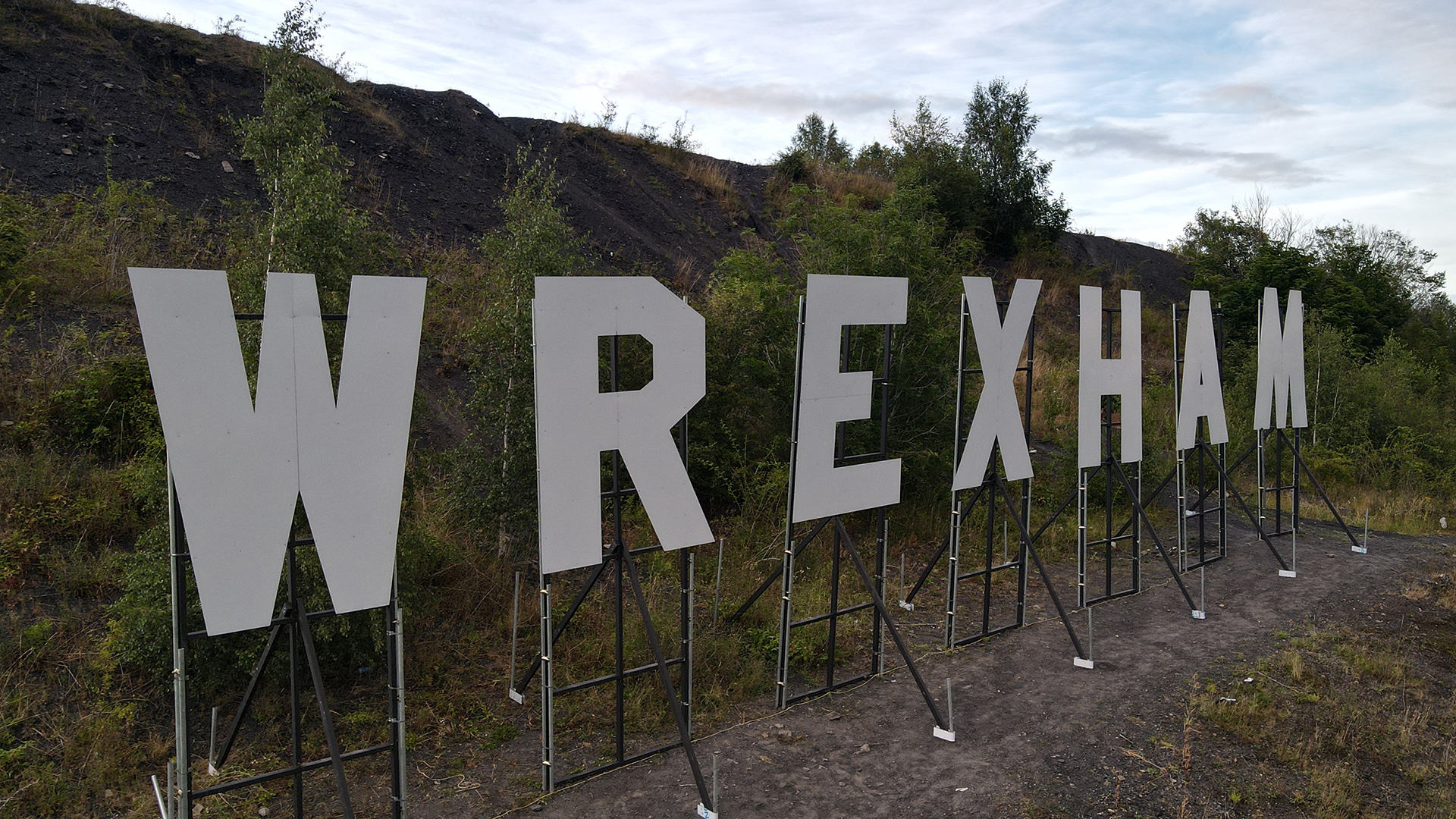 Last season, football (or soccer, if you must) had never felt so distant. No amount of artificial fan noise could distract from the physical absence of supporters in stadiums, while European elite football's flirtations with a "Super League" left a bitter taste in the mouth. You'd forgive fans for wondering if their presence had been forgotten altogether.

And yet, a new season of normality is on the horizon, providing you can peek past Messi's pile of Paris St. Germain cash.

The 2021-22 season in the U.K. marks the return of football at all levels. Amid the rumblings of Premier League transfer rumors and the fall-out from England's Euro 2020 run, the National League (the league below the top four, or "non-league" football, as it used to be called) was set to return for the first round of fixtures in late August. The league's longstanding title sponsor, Vanarama, wanted to give it the treatment it deserved. Spoiler: the Hollywood treatment.

The challenge was clear. With limited resources, how could we create a splash big enough to whet the imagination of football fans nationwide, and refocus the spotlight away from elite football back to the real football, National League football.

As you may have guessed, we drew our inspiration from the good old US of A. Wrexham AFC, one of the U.K.'s oldest football clubs, had recently been purchased by tinseltown duo Ryan Reynolds and Rob McElhenney. Their pride in, and ambition for, Wrexham AFC has frequently captured the public's attention on social media and drawn eyes back to grassroots football.

We wanted to ignite the conversation in the real world, have it spread quickly by word of mouth across social media, and cause a large enough impact to capture the attention of the national media. So, we hit on an audacious idea: erect a massive Hollywood sign—but saying Wrexham, of course—atop Wrexham's Bersham Colliery Spill, the much loved slag heap (non-U.K. readers, here's what a slag heap is) overlooking the town.

The unbranded letters were first spotted by the public in the early hours of Sunday morning, Aug. 14, six days ahead of the first National League fixtures. Immediately, the curiosity of the local public was stoked, many taking to Twitter to uncover those responsible.

The first of the tweets came from @natalieeastle:

When you’re driving home and notice this on Bersham bank…@VancityReynolds @RMcElhenney …please say this was down to you guys! 🙏🏼 @wrexham #wrexhamgoestohollywood pic.twitter.com/8xM8PqozAW

Unfortunately, her hashtag didn't catch on, but she was able to capture the attention of Andrew Nuttall, writer for The Leader, Wrexham's local newspaper. He asked permission to use her image and ran with the story.

From that point on, the news began to snowball in a cycle of local social media chatter feeding the local press, local press feeding the national press, which in turn fed social coverage both on a national and international scale. The ongoing coverage centered around the mystery of the sign: A whodunnit narrative quickly formed, with suspects ranging from Ryan Reynolds to Mark Pritchard, leader of the local council. BBC Breakfast's on-the-ground investigation yielded no further clues.

Our dreams came true when Ryan Reynolds officially ruled himself out, while admitting he wished he'd been responsible. We're flattered, Ryan.

Following further features on Lorraine (a popular morning breakfast show), ITV News, and This Morning (another popular magazine style news show), all with massive populist audiences, the story had potentially reached its peak, but the Wrexham council came to our rescue with a wonderfully serendipitous tweet:

“Everybody is seeing it, everyones talking about it, it is wonderful” says the Leader of the Council Mark Pritchard on the airwaves this morning about the sign - says his only disappointment is it is not lit up at night! https://t.co/E66z4EtYYa

"Everybody is seeing it, everyone's talking about it, it is wonderful" says the Leader of the Council Mark Pritchard on the airwaves this morning about seeing the sign—says his only disappointment is it is not lit up at night!'

We moved fast to give our audience what it wanted and improvised a new addition to the campaign. This was the perfect timing because the next day was set to be our big reveal that Vanarama was behind the mysterious sign.

So, we sent a burly group of "security guards" up the slag heap with a set of spotlights to illuminate the sign, ensuring its glory could even be seen in the dark. 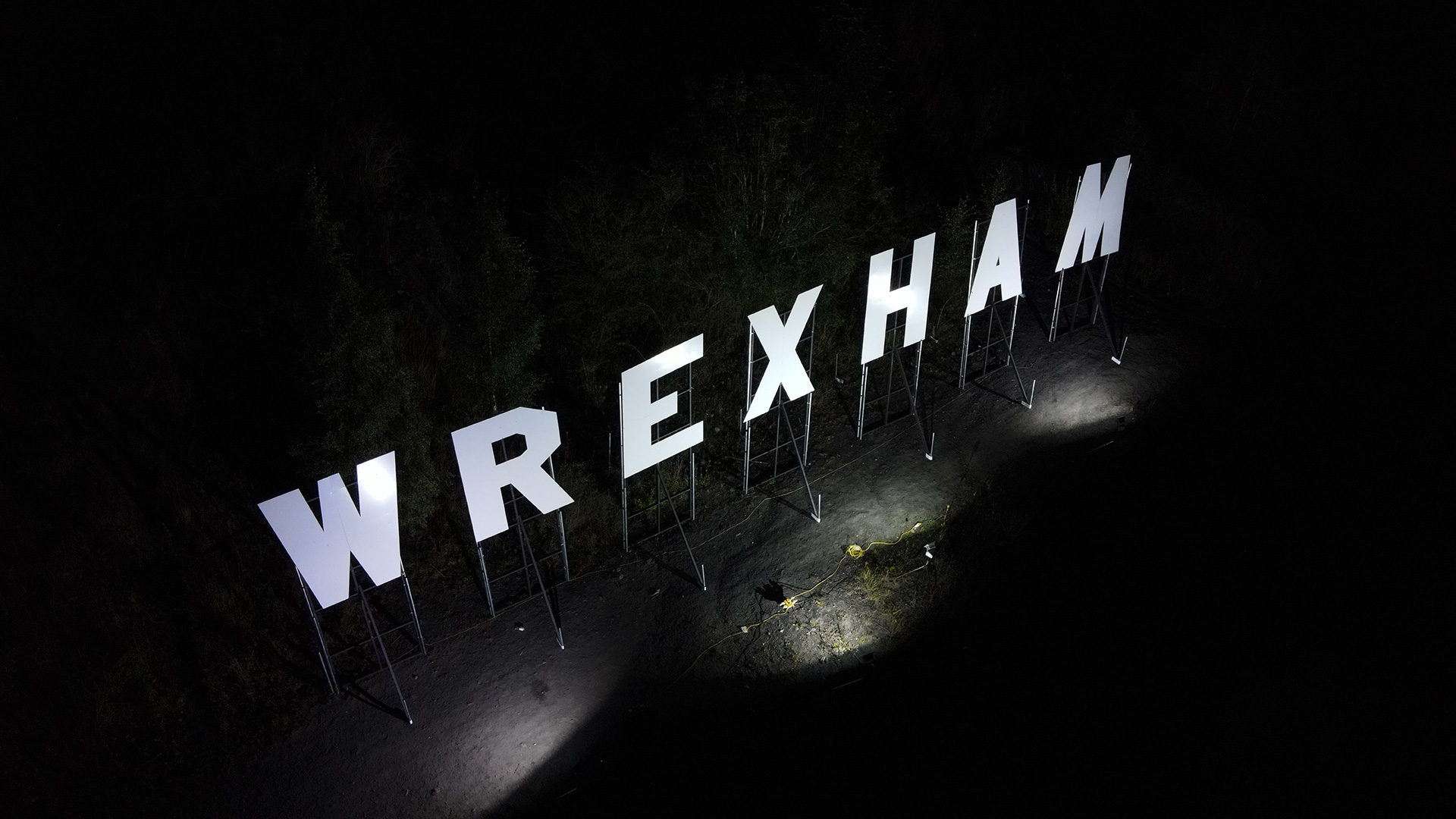 The next wave of curiosity on social media followed, and sure enough, all the press were there the next morning for the big reveal, in the form of a giant Vanarama banner, celebrating the start of the National League season. Each and every publication who had featured the "whodunnit" narrative felt compelled to bring the story full circle, and we received our final wave of coverage.

The end result? The story eventually reached an audience of 993 million across both national media and social media channels, resulting in over 30,000 engagements.

Not bad for a sign on a slag heap. 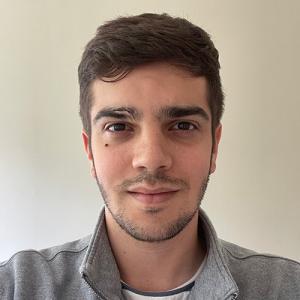 James Tadros
James Tadros is an account manager at creative agency Dark Horses, working with brands such as Nissan, TikTok and Vanarama to break away from the field when activating in the world of sport.
More from James Tadros