Why we generated data we knew everyone would hate

Big data and machine learning are being used in a huge variety of ways to make sense of the complexity of our world. So why not apply the same principle to life's biggest question—how is this year's Premier League going to pan out?

We wanted to put BT Sport at the center of the pre-season conversation, so for the BT Sport "Unscripted" campaign we worked with sports data firms Opta and Squawka and called on the expertise of the Google Cloud team to generate a detailed 60-page document. This went into granular detail to predict the match-by-match placement of each of the league's 20 clubs—who'd score the goals, give the assists, who'd be each team's star players, and where would they face their greatest nemeses?

We all know the beauty of live football is that it is so unpredictable—hence "Unscripted." We had zero expectations that an algorithm would ever be able to accurately script a season, but we weren't really interested in the results. What was more important was building a debate around BT Sport. After all, if there's one thing Brits can get passionate about, it's football.

You can't win the title in August, but you can lose it.

Shortly before the season started, we "leaked" the "script" to many of the biggest names in football—pundits, presenters and players, managers, influencers and, of course, the fans. This was supported with ads in the national press, social and pre-roll.

Digital out-of-home and experiential also had a key part to play in the campaign. There were eight executions at high-profile locations such as London Waterloo station and other transport hubs, where we also gave away thousands of hard copies of the script over the course of 10 days.

Over this period, "Unscripted" trended higher as a search term than Boris, Brexit and Fantasy Football. As the resulting debate raged across on- and offline channels, the story was picked up across 44 countries worldwide.

The campaign certainly paid off for BT Sport. Live viewing has been falling for several years as fans increasingly make do with watching free highlights on YouTube, and BT Sport wanted to reverse that trend. "Unscripted" became BT Sport's most successful season launch campaign to date, delivering year-on-year subscriptions growth of nearly a third.

We knew not everyone (or anyone) would likely agree with "the script." It's to BT Sport's credit that it was willing to try something different and wasn't afraid to ruffle a few feathers.

The timing was right. BT had recently gone through a rebrand and wanted consumers to view it as an innovative and forward-thinking tech business. The campaign definitely fits that remit. While "Unscripted" might appear risky on paper in ceding so much power to the fans, it was really an informed risk because everything was built on a foundation of data, monitored and tested to destruction.

The decision to tear up the rulebook also manifested in how we worked with the client. In a bid to capture the authentic and unscripted nature of the Beautiful Game, we decided to step away from tried-and-tested agency processes

We wanted to draw on the contributions of the whole team and the brief was open to everyone at Wunderman Thompson. We didn't want to limit ourselves to the old 4-4-2, so we decided to take a multi-disciplinary approach.

Combining talent that encompassed data and creative brought together a new framework of skills and experience, diversity of thought and boundless creative triggers. It was a hugely refreshing approach, and the fact we could do this stands testament to the great confidence Wunderman Thompson has in its integrated model.

A game of two halves.

Unsurprisingly, everyone across the business seemed to want to work on the brief and it generated huge energy and enthusiasm from the outset. Over the course of two weeks our (not insubstantial) ideas board spilled over across two of the largest presentation walls in the agency. The submissions were whittled down and a team was put together to action the winning idea.

The level of collaboration with the BT Sport team was also far closer than typical in the client/agency relationship. They really bought into the concept from the outset, and there was complete transparency among all involved. Everyone was on the same journey and felt strongly about the idea and how it should develop. Breaking down the barriers meant no one stood on ceremony and we were able to have frank and open two-way conversations. This really benefited the work, and this authenticity comes across in the campaign.

Ultimately though, the fans were the true heroes of the campaign. The sheer volume of social commentary, unique content and unprompted influencer activities took "Unscripted" in unexpected and exciting directions.

We may have originated the idea, but the campaign's momentum and ongoing buzz were largely out of our hands. But we were confident the approach would hit a nerve and the fans would passionately defend their clubs. We were in turns anxious and exhilarated, but ultimately we got the result we wanted. We really can't imagine a more apt way to see in the new football season. 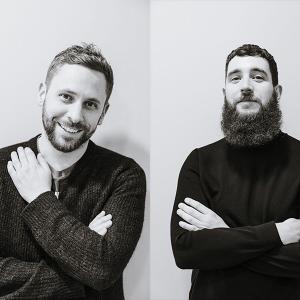