Before Fyre Festival, there was Bacardi Triangle

Picture the greatest ever party. A private Caribbean Island. An A-List lineup of acts. Models prancing on the beach. Thousands of expectant partygoers, influencers and celebrities being flown in on VIP jets.

Nope, this isn't Fyre Festival. This one actually happened.

Three years before Billy McFarland, Ja Rule and FuckJerry spectacularly conned the world with their "luxury music event," we were involved in creating an even more ambitious party for Bacardi. And this one wasn't a fuckup.

Bacardi Triangle was a private festival on a desert island in the middle of the Bermuda Triangle. In hindsight, it was a ridiculous undertaking. The plan was to fly in 1,862 people on Halloween 2014 to Palomino—a small private island just off Puerto Rico. Chartering three branded jets from London, New York and Los Angeles to cater for a worldwide audience of adventurous competition winners, influencers, press and celebrities.

The event was headlined by Kendrick Lamar, Ellie Goulding and Calvin Harris. Each was scheduled to fly in with the partygoers to add a little celebrity glitz to the journey. Calvin Harris bailed from the flight at the last minute—apparently he had his own helicopter, which is fair enough. That was about the biggest glitch of the weekend.

Broadwick Live, the geniuses behind the event, undertook everything from building the festival site from scratch to managing the logistics of shipping the partygoers from every corner of the planet (and back and forth to their luxury accommodation), as well as feeding them more than a processed cheese sandwich. There were rights to manage, licenses to negotiate, legal issues to wrangle. There was even the Puerto Rican army to enlist to keep gatecrashers out.

That level of undertaking takes serious expertise. Watching the clusterfuck that was Fyre Festival, they weren't even close.

But the irony is, in five years time, Fyre will be remembered, Bacardi Triangle will not. That's the problem with getting it right. Amazingness is quickly supplanted by the next bit of amazingness. Shitness tends to pervade.

We always knew that when creating Triangle. For all the glossiness and aspiration in the moment, there is a limit to how much the rest of the world wants to gawp at a party they were never invited to. For Bacardi Triangle to live on, we needed something beyond the party itself.

So, at Mr. President, we manufactured our own bit of controversy—we found someone to break into the party.

Marcus Haney had just launched the cult movie No Cameras Allowed, which documented his adventures sneaking into every major party on the planet. Coachella, Glastonbury, the Grammys—Marcus found ingenious ways to crash over 50 parties worldwide. With appearances on Conan and rave reviews in The New York Times, his star was on the rise.

We asked Bacardi Triangle performer Ellie Goulding (with her one stipulated contractual promotional tweet) to challenge him to break into our party. And by God, he did it with style. Ears were pierced, prosthetics were created, and armies were evaded. An epic story of mateship, mischief and music.

The final documentary, "Breaking the Triangle," which Marcus created himself, was probably the best bit of marketing Bacardi never made. Authentic, enthusiastic, charming and full of the untameable spirit that Bacardi were determined to portray. Marcus' exploits genuinely connected with Bacardi audiences worldwide. What better way to engage the uninvited than by making a hero of one of them?

Here's the thing: The party itself is never the most important part; it is the story that comes with it. Fyre managed to be all story and no party. But so many branded events are all party and no story. The challenge is in getting both spot on. Only that will ensure that those beyond the event are cheering with the partygoers, not laughing at them.

In the pre-Netflix era, "Breaking the Triangle" never gained the scale and notoriety of the Fyre Festival documentary. But it still remains the most compelling and pervasive memory of the greatest party that actually happened. 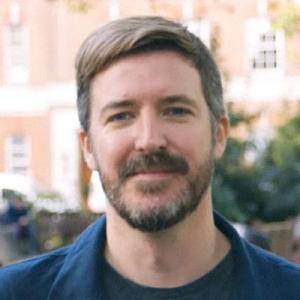