Gaming for Good: What We Learned by Bringing the Red Cross to Fortnite

3 tips for engaging the community for social impact

When asked by people outside of tech about the products I've helped to design, I sometimes hesitate to mention my work on PlayStation 4, because I don't always know what their response will be. Usually, it's enthusiastic: "Wow, that's cool!" But it's not unusual to get a more cautious response, especially from people who came of age before video games: "That's interesting ... but … do you worry about what video games are doing to kids?"

While it would be easy to simply dismiss the skeptics (OK, Boomer), these contrasting reactions to gaming reflect a schism in culture that shouldn't be dismissed: While video gaming is a massive economic force, the global revenue of which now eclipses the film industry's, it's also seen by many as a pariah. Consider a game like Fortnite, where players fight to the death, Hunger Games-style, to be the last one standing: If you aren't a gamer (and, to be clear, I'm only a casual gamer myself, and a fan of oddball indie titles at that), what morals do you imagine Fortnite's massive audience are being taught? Just as the PMRC leveled invectives against certain rock and hip-hop music acts in the 1980s, it's easy for people today who don't play or understand video games to pass blanket judgment.

The question of whether video games are vile and pernicious or merely innocuous amusements is the subject of ongoing research, which shows little sign of reaching consensus. For every advisory that exposure to violent games desensitizes players and makes them more aggressive, competing scientific studies find no ill effects. Much of this controversy ends up as unfortunate polemics. "Look at the culture of death that is being celebrated [in video games]," says Matt Bevin, governor of Kentucky, claiming that video games are somehow to blame for school shootings. In contrast, you have voices like Steven Pinker, a noted psychology professor at Harvard, who observes, "If consuming violent media made you violent, then we should prevent adults from reading the Iliad, or for that matter the Old Testament."

But given that video games themselves aren't going anywhere, this polarized debate distracts us from a more important question:

How might gaming's limitless creative potential be used for good?

This is the question my colleagues and I at Wunderman Thompson set out to tackle in a recent project with the International Committee of the Red Cross (ICRC). We asked, what if the world's most popular shooter game could be used to educate people about Red Cross's work in the real world? Could Fortnite players save lives instead of taking them (figuratively speaking)?

To achieve this, we partnered with Team Evolve, an international collective of game builders who create innovative experiences in Fortnite's creative mode to build Liferun, in which players compete as fantastical interpretations of Red Cross workers to be the first to finish four timed missions, each of which mirrors a specific component of the Red Cross's real-life mission to "provide humanitarian protection and assistance for victims of armed conflict and other situations of violence." In Liferun, players deliver supplies, defuse mines, rebuild infrastructure and provide medical care, like real Red Cross workers do, and in so doing learn about the Red Cross's mission.

None of this was easy. Liferun required true creative bravery on the part of the ICRC, a 150-year-old, three-time Nobel Peace Prize-winning organization whose work on issues of war and peace affects all of humanity, and for whom a medium like Fortnite was highly unconventional. But in embracing the potential of gaming for good, they were able to inspire growth of awareness and relevance to a global demographic they would not easily have reached otherwise.

In producing Liferun, we learned three key lessons that others might find useful in making games that aim to do good:

Be specific about the impact you want to make.

Just as a humanitarian or charitable organization must have a clear mission to be effective, a game that aims to do good should have a clear goal. In our case, it was to drive awareness of the ICRC's mission. A recent study by the ICRC found that millennials' understanding of some of the human rights that the ICRC is dedicated to protecting is eroding. So, we defined Liferun's goal as being about increasing people's awareness and understanding of the ICRC's mission. Donations, which we solicited online, were (and are!) very welcome, but not our core motivation. A clear mission and purpose will help to narrow features and to make creative decisions, and to ensure that you're focused on making an impact.

Don't be afraid to make it fun.

When dealing with issues as serious as human suffering in war, it's easy to assume your experience must be weighty and sober. And that certainly can be a meaningful approach. But the gravity of a topic shouldn't prevent you from using a broader creative palette. Video games are remarkable in their ability to immerse players in un-realities, which can engage audiences in different ways than hyper-realism. And games are unique from other mediums in that they demand some manner of skill from audiences, and that they end with a winning (or losing) state. If you are dealing with an ultra-serious subject, skill and winning can become fraught. What does "winning" mean? Can gameplay accurately replicate real-world stakes? Embracing metaphor, as we did in Liferun, enables you to test players' skills and create win-states that are fun, while exposing people to issues from surprising and potentially more accessible perspectives.

Fortnite is all the rage for brands wanting to engage its massive global audience. But to create a meaningful experience for the Red Cross, we knew that we needed more than a simple skin or a branded island. The gameplay that Team Evolve built was the first step in making the experience truly authentic to Fortnite. But what makes Fortnite so engaging is not the game alone: Because Fortnite is, above all, a social game, we engaged Fortnite's community. We launched Liferun at PAX South, one the game industry's biggest conventions, and invited some of Fortnite's most notable players—DrLupo, ONE_shot_GURL, and Lachlan—to play Liferun in a mini-tournament where we handed out the very first Fortnite Peace Prize. (Lachlan won.) Directly involving the gaming community in a game with a social mission makes it more than mere cosplay, and demonstrates to gamers that their energy and passions are relevant and meaningful.

Video games and their fans are a vast and largely untapped resource for social impact. This unrealized potential is especially unfortunate since successful video games demand that players do many of the things that are required to make a difference in the world: immerse yourself in realities that are not your own; collaborate to win; look at problems from different points of view; overcome obstacles through tenacity and creativity. All of these attributes, if activated in the right way, have the potential to prove that gaming can be a force for good in the world. 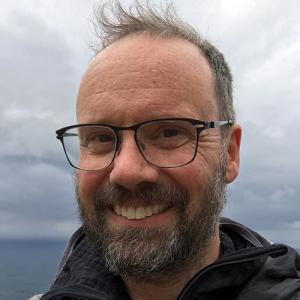 Jason Brush
Jason Brush is EVP of product and service design and head of innovation at Wunderman Thompson West.
More from Jason Brush