The story of Ni Nyampinga, an empowering media platform by young women for young women

The economic theory around empowering girls to break the cycle of poverty in the developing world is one of the most important doctrines to have emerged in the last 20 years. Better-educated women tend to be more informed about nutrition and healthcare, marry at a later age, have fewer children, be more likely to participate in the formal labor market, and earn higher incomes. Education can help to lift an entire generation out of poverty. With this in mind, in 2012, Girl Effect* tasked HarrimanSteel with helping to grow and develop a brand platform in Rwanda that would bring about systemic change through a positive cultural shift.

The Rwandan government had reached out to Girl Effect back in 2011, expressing an interest in working with them. Due to the country's size, dense population and the government's work toward gender equality, the nonprofit realized it could make a real impact there in an accelerated way. This is how Ni Nyampinga started taking shape. However, from a creative perspective, the first iterations of the magazine didn't hit the mark, failing to include and appeal to local culture. HarrimanSteel was brought on board in June 2012, when I traveled around Rwanda for a month on a fact-finding mission, working alongside the local team. My role was to listen, observe and curate the most relevant storytelling methods that would inspire, educate and empower adolescent girls to rise from poverty.

What if we built a brand which talked about girls and young women who had done just this? Who had completed higher education; who had valued roles within their communities that affected change; and who had started their own businesses and careers. What if we created a brand by young women, for young women?

It is from these thoughts that Ni Nyampinga started to become a nationwide movement. In the native Kinyarwanda language, it means "the beautiful girl, inside and out, who makes wise decisions."

My aim was to create a positive, inspiring, educational and entertaining multimedia editorial platform spanning magazine, radio and mobile. By challenging perceptions and showcasing female role models, Ni Nyampinga would offer information and advice on education, sexual health and violence to teenage girls who couldn't access it elsewhere. But it wouldn't just speak to girls. It would also reach boys, parents, teachers and community leaders—challenging perceptions and behaviors that hold girls back. It would redefine expectations about what it means to be a girl.

We trained young female journalists and creatives, and worked with local designers, printers and presenters to establish the first color magazine in Rwanda's history. The visual style and brand identity was instantly recognizable as Rwandan, drawing inspiration from traditional African crafts, fabrics and pattern-making. To generate a buzz, we created a nationwide OOH advertising campaign, building the billboards ourselves because while "commercial advertising" in the country was allowed, "social awareness" advertising was not (we had to convince the government to make an exception for Ni Nyampinga).

Ni Nyampinga officially launched in 2011. Since then, the free quarterly magazine has reached more than 1 million girls (with over 100,000 copies distributed per issue), giving it the biggest readership of any publication in Rwanda. The brand has also toured the country, delivering roadshows with live educational content and workshops, as well as large-scale music concerts for remote rural communities.

During the first few years of the project, I went out to Rwanda regularly to work alongside a local creative agency called Creative Communications (CC) that was responsible for the design and output of the finished magazine. By running regular workshops and brainstorming sessions, I hoped to encourage debate and open their eyes to new ways of looking at design. Traditionally in Rwanda, creative agencies are very tightly controlled by the clients they represent. I wanted our agency to feel empowered enough to ask questions and offer opinions as the magazine grew and developed its own visual language.

How can we communicate better with our readership? What parts of the story need to be designed or illustrated to make them stand out? Which photos will our girls best respond to? We needed to make the design as important a part of the magazine as the copy so they could work in harmony for maximum impact. 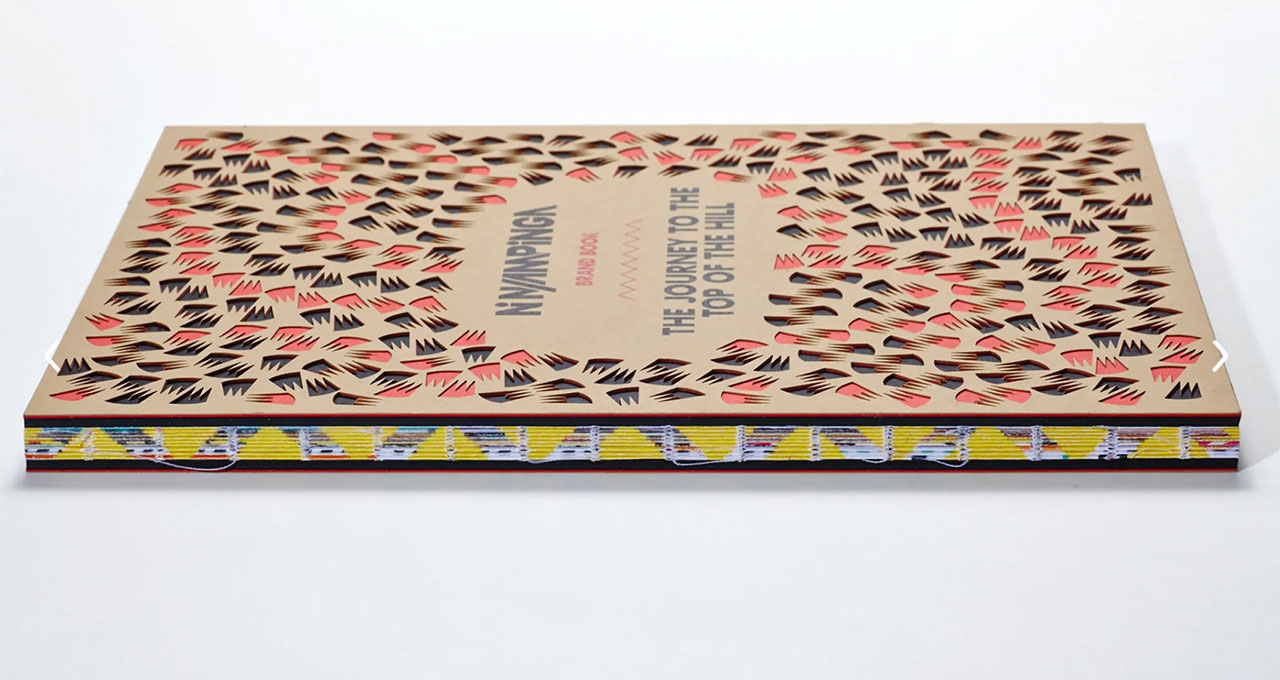 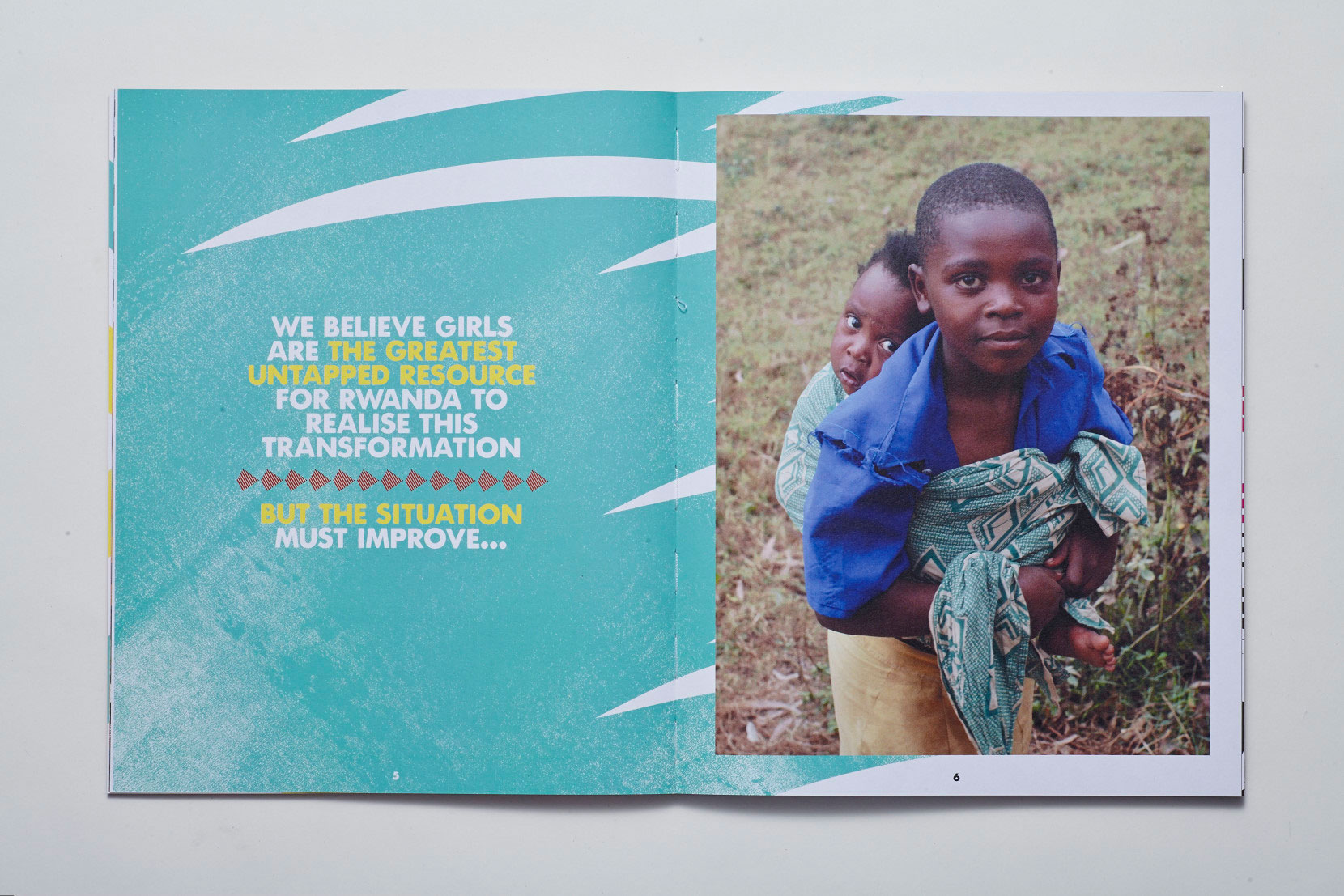 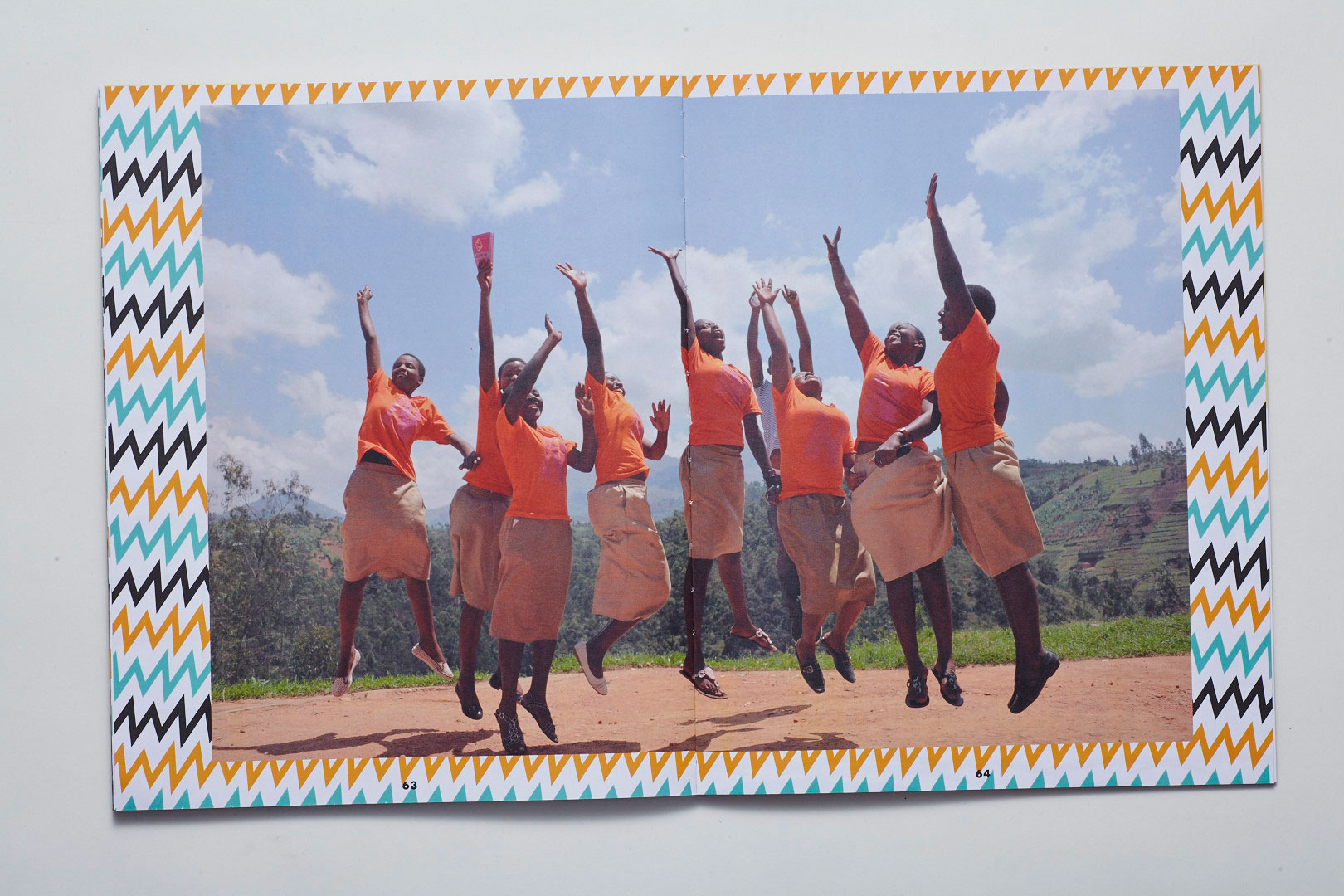 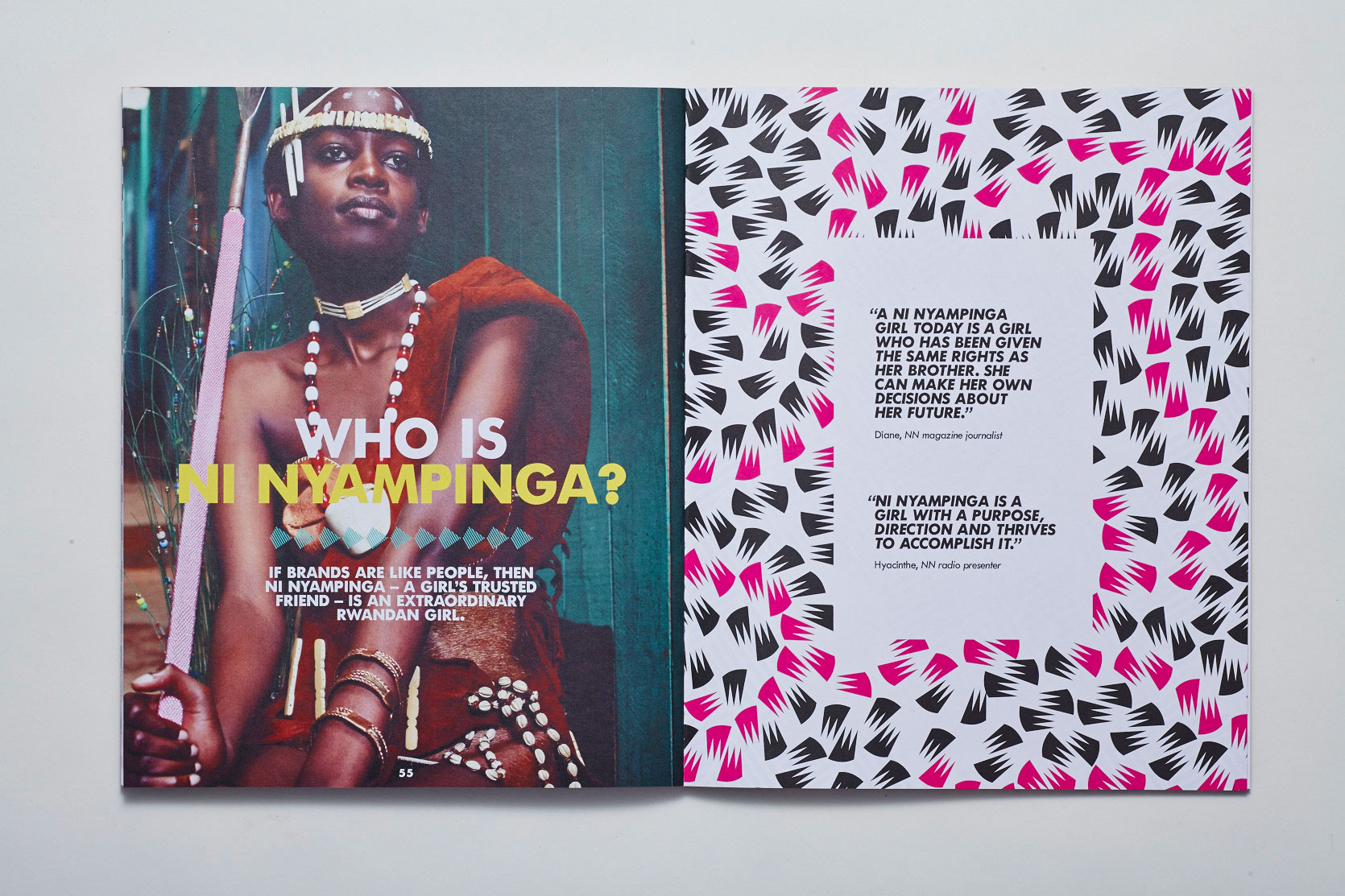 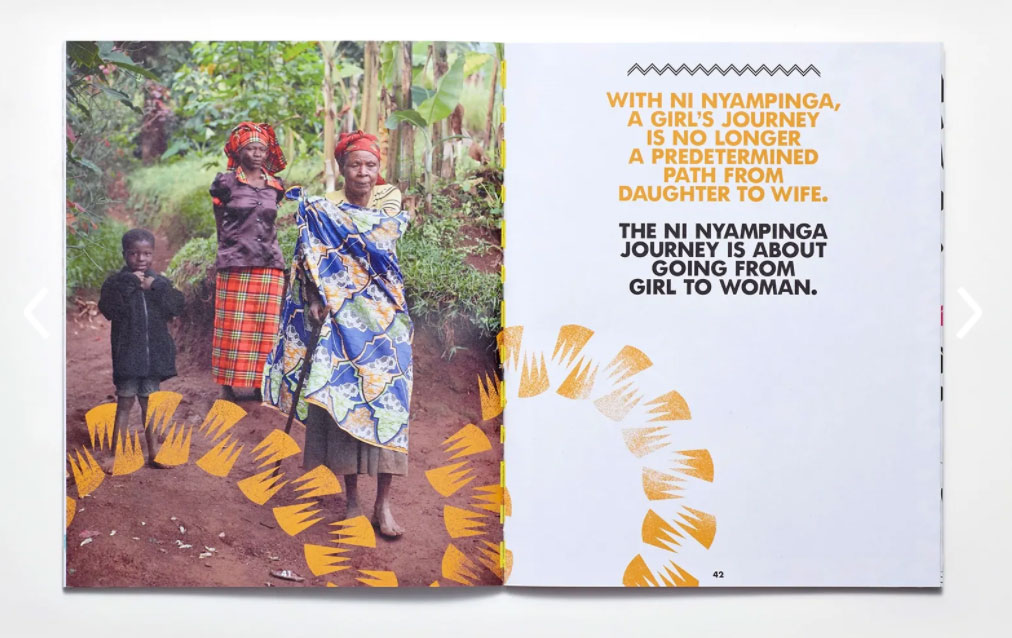 This year, Ni Nyampiga celebrates its 10th anniversary. Our dream was for Ni Nyampinga to be entirely produced by an all-local team who would then train other young people to continue long into the future. Happily, that goal has been realized and Ni Nyampinga has become a brand more widely recognized than Coca-Cola in Rwanda, with 80 percent of the population aware of the brand and 41 percent engaging with it regularly. Together, the magazine and radio station reach 4.5 million people, including 680,000 girls ages 10-19, with content enabling them to make choices about their health, education and livelihoods. Walking down the street in Kigali with a bright pink "N" on your tote will invariably lead to excited calls of "Ni Nyampinga! N'geeza!" (which roughly translates to, "Ni Nyampinga! Good luck!").

It wouldn't be overstating it to say that the experiences I had, and the lessons I learned, during my time in Rwanda have had a deep and lasting impact on me. I found getting under the skin of a country with such a hugely different culture and history (let alone creative industry) and working closely alongside a team of people brimming with enthusiasm to learn and to improve—both in terms of work and personal growth—to be reinvigorating. It reminded me of the power and responsibility we creatives have to use our platforms for good.

The scars of genocide are still strongly felt among the Rwandan population, and meeting so many girls who have so little, yet who possess so much lust for life, was humbling. Everyone we met in Rwanda was committed to finding a better life, both for themselves and their community. In spite of the many differences between us, there was a reassuring sense of commonality about the human spirit. When it comes down to it, aren't we all just chasing better and more fulfilling lives? 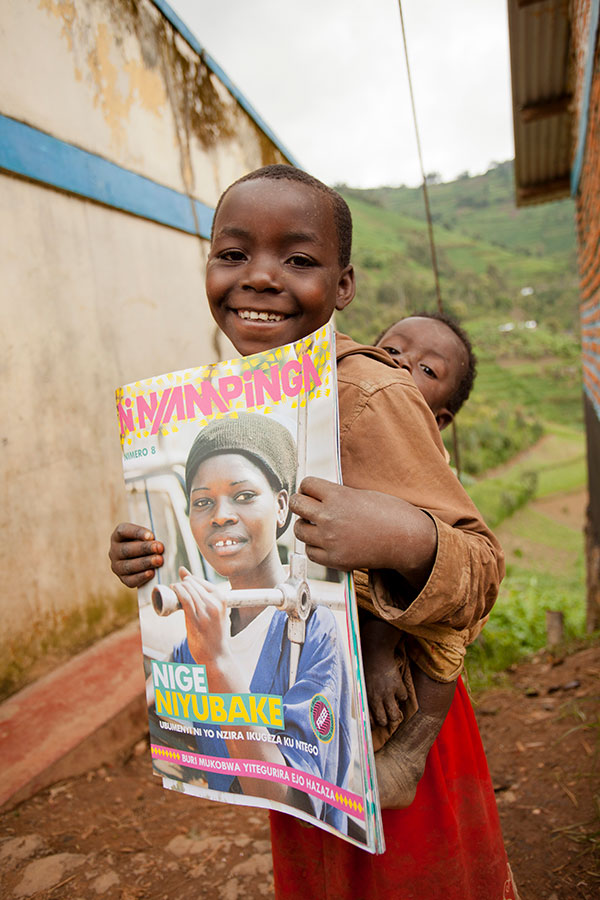 *Girl Effect is an independent non-profit organization, launched with the goal of ending poverty globally. Its work is based on its belief that when given the opportunity, girls are able to lift their countries out of poverty. 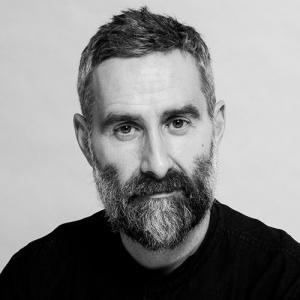