Courage Under Fire: How We Made a World-Conquering Campaign for Dove in 6 Days

Inside Ogilvy's 'Courage Is Beautiful'

The average consumer packaged goods campaign takes six to 12 months to create. For Dove's "Courage Is Beautiful," we did it in just six days. Within one week of Ogilvy being briefed, we were on the air in Canada. Within two weeks, we had expanded to the U.S. and were featured on CBS This Morning, the Today show and CNN. Within a month, the campaign had expanded to 15 countries around the world and had generated over 2 billion global earned impressions. This was the pace at which we conceptualized, created and launched Dove's latest global brand campaign.

The creation of the campaign began in March amid the sudden spike in Covid-19 cases and the world being thrust into lockdown. With no vaccine in sight, soap was our best first line of defense. And as one of the world's biggest soap brands, Dove knew they had an obligation to help. They wanted to remind everyone that they understood corporations like theirs have a supporting role to play in society and indeed they were playing theirs. The brief came through simultaneously to our Ogilvy Toronto and Ogilvy London offices—Dove needed a campaign to announce their commitment of over $7.5 million globally to support the frontline workers risking their lives.

So, how did it all come together so quickly? We thought it might be useful to look back and examine some simple fundamentals that helped this team—clients included—to react to a global phenomenon that was still unfolding in real time, and create a powerful campaign in less than a week with everyone working from home.

In the startup world, there's a term called Minimal Viable Product. It's where tech companies will quickly release the most basic version of a product or feature in order to receive customer feedback that will inform future product development. We wanted to get Dove's message of gratitude into the world quickly, so rather than following the typical strategic process, which takes days or weeks, we developed a minimal viable strategy. The thought was a simple one that followed in Dove's long tradition of redefining beauty and was especially true in times of crisis like the one we were currently living through—beauty lies in who we are and what we do, not how we look. Our strategic foundation wasn't refined, there was no long brief, but it was enough to show clients the direction we wanted to move in and to kick off the creative process.

Be brave on brand.

One of the benefits of moving quickly is there's no time to second-guess ourselves. Too often over the course of a long gestation period, great ideas can get watered down or even killed because the people involved have too much time to doubt the initial spark of excitement that drew them to an idea in the first place. For us, that initial spark came when we saw an idea from one of the creative teams that took an image of a nurse, whose face was bruised and scarred from wearing her medical mask for hours on end and paired it with the words "Courage Is Beautiful."

We saw beauty in this image and wanted to honor it, but Dove had never before ventured so far from the category with its communications. This idea would represent an evolution of Dove's iconic "Real Beauty" brand platform. Because Ogilvy had created that platform 15 years prior, as its creative shepherds, we and our partners at Unilever knew it intimately. Having a clearly defined brand platform—and people who knew it inside and out—meant we knew how to push its boundaries without breaking them. It gave us the collective ability to be brave on brand and move quickly and confidently through approvals and into production.

Use the power of a global network.

As we rapidly moved into production, we simultaneously began the process of sourcing images of frontline workers, obtaining their permission for usage, and creating our launch film. Over a frantic 72 hours we reached out to dozens of frontline workers around the world, across multiple social-media platforms. As we obtained new images, they were immediately sent to our editors working around the clock on the film. The only reason we were able to turn production around as quickly as did was because, from the outset, the campaign had been a collaborative effort between Toronto and London. Both teams worked in concert so that while Toronto slept, London was hard at work, allowing us to work virtually around the clock. Within a week of receiving the brief, we had a film that was ready to launch on TV and in social media.

Iterate and adapt while in market.

We didn't wait until we had all the campaign elements for all the markets ready before we launched the campaign. We were eager to get Dove's message of gratitude and support into the world, so we launched with our hero film. Within days the film was complimented with shorter cutdowns for social, then with out-of-home, which would be placed outside hospitals to ensure our message was seen by the frontline workers who inspired it. As we adapted the film for new markets, we ensured each iteration featured local frontline workers.

The campaign was a resounding success. Two billion earned impressions, unprecedented social engagement rates and ad recall, and meaningful lifts in brand affinity. But beyond it being a great campaign for an important corporate initiative, it was a testament to what we as marketers can achieve when we are brave, follow our guts, and work together.

And don't get much sleep for a couple days. 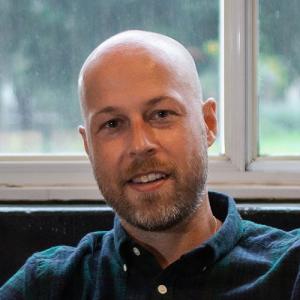