Heart and Humor: Inside Budweiser's Wide-Ranging Response to the Covid Crisis

Monica Rustgi on the brand's path in recent months

On Feb. 2, when Budweiser aired its "Typical American" spot during the fourth quarter of Super Bowl LIV, 2020 was shaping up as another typical advertising year for the storied AB InBev brand.

That :60, developed by David Miami and Oscar-winning director Kathryn Bigelow, eschewed celebrity glitz to focus on everyday folks who make the world better, including a firefighter, a partially paralyzed athlete, good Samaritans and a peace activist known as "Free Hugs Guy." 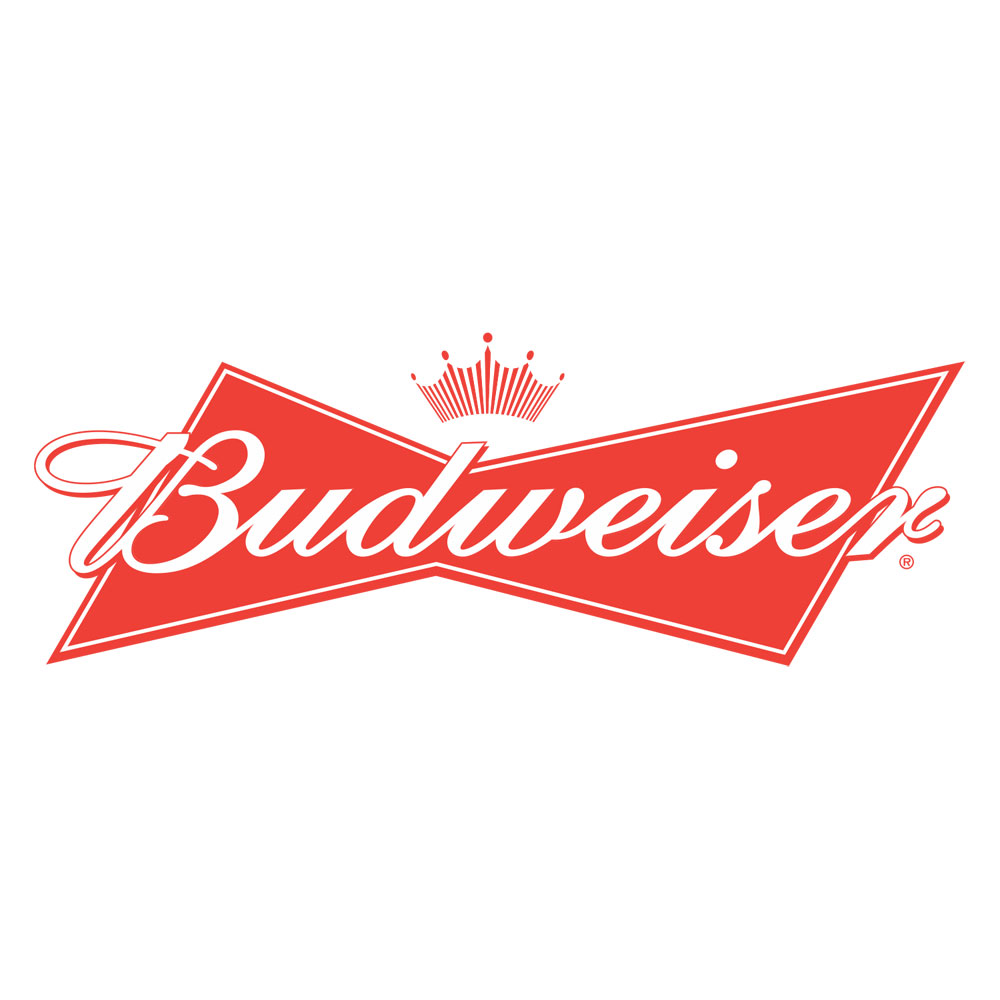 "Next time someone labels you typical," the ad concluded, "show them what typical can do." The message rang loud and clear: No one's just "typical," and Bud's there for anyone and everyone craving refreshment.

Just a few weeks later, the scourge of coronavirus would transform 2020 into an atypical hellscape of a year. And as lockdowns began, many premier brand showcases, notably live sports, went on hiatus. (AB InBev, the world's largest brewer, revealed early on that it lost $300 million in revenue and $170 million in pre-tax earnings owing to Covid-19 disruptions worldwide.)

Bud absorbed promotional hits when Major League Baseball and the National Women's Soccer League both postponed their seasons. The brand had planned to use such high-profile platforms to tout two key spring launches—Budweiser Nitro, a gold lager infused with nitrogen gas, and Budweiser Zero, a non-alcoholic brew.

With the mediascape in turmoil, and "typical" product ads out of phase with the times, however, Bud U.S. marketing vice president Monica Rustgi and her team wisely chose to pivot. Over the next four months, they altered their strategy for a series of high-profile campaigns that addressed pandemic issues while leaning into Bud's 144-year heritage.

In fact, the Super Bowl spot became a kind of template for what followed.

"That message revolved around the typical American and was all about helping people see their full worth, potential, and not be held to stereotypes," Rustgi says. "That didn't change within the Covid landscape. It became more heightened. We understood that we needed to rally the troops, if you will, and bring people together in a time of uncertainty and fear."

Bud strove to "figure out ways we could use our resources and skills to raise the community" while still creating entertaining and memorable campaigns, she says. "The number one thing we needed to do with the power of Budweiser was make sure there was a clear call to action on how people could help."

We all play for one team.

In late March, AB InBev began producing hand sanitizer and pledged $5 million to the American Red Cross. Pre-pandemic, the company would have spent those funds on sports and entertainment marketing. Instead, the brewer donated media time and other resources to the Red Cross, with its sports partners making stadiums available for blood drives.

To generate awareness, Bud unveiled its first Covid-related campaign, "One Team," also created by David. As images of healthcare professionals, Red Cross workers and a response team in hazmat suits rolled by on screen, a voiceover cleverly linked the visuals to sports-team nicknames: "This Bud's for the blues, the reds and the warriors."

"There was an impending blood shortage because people were staying home and not donating. Also, many blood drives were canceled," Rustgi recalls. "On top of that, sports came to a halt. We transitioned our sponsorship dollars from the leagues and teams to help run blood drives, to pay for all the logistics and operations. The leagues and teams offered their stadiums, which were large enough to practice social distancing."

It was "a moment for us to raise awareness, because if no one knows we're doing this, they may not know where to go give blood," she says.

Juxtaposing team names with footage of first responders, "did two things," Rustgi says. "That message honored people on the front lines, so it gave viewers a sense of inspiration and hope. And then it created a sense of unity because it was about all of us being on one team, and we all have a role to play. You at home—you're a part of one team. Staying at home, social distancing—that's helping. At the very end, we had a clear call to action and how you can learn more to go donate."

In a broader sense, the "One Team" effort "kept Budweiser and sports linked together even though no sports were going on. From a purely branding perspective, that was probably a good way to go," she says.

All told, more than 30 sports partners hosted 70 blood drives across 18 states, collecting over 5,000 units to potentially save more than 15,000 patients. The push engaged more than 2,100 first-time donors.

Though leveraging the cast's celebrity status, the work showed the rich and famous behaving like typical Americans in April 2020: bored, edgy, a tad scared, but keeping the faith during lockdown. The spots closed with a toll-free number for the Salvation Army's helpline and reminded viewers to check in with friends and family who might be struggling in self-isolation. (As the work dropped, Bud also donated $100,000 to support that organization's Covid-19 relief efforts.)

"We were not planning to bring back 'Whassup,' " Rustgi says. "It was absolutely because of what was happening in the world. The worst thing marketers do is impose what they think people want. You've got to be in tune with what people are ready for."

At the time, with lockdowns in full swing, Bud monitored social media and "noticed this huge surge in virtual happy hours," she says. "It's like people got to the point where they had two virtual happy hours a day. People were connecting probably more in this environment than they were before—with people from their past."

"People were turning back to trusted brands. Once we started to notice that, we picked up on the fact that there was also a big surge of mental-health issues, so we found this beautiful connection," she says. "We thought the world was ready for something a little bit more lighthearted, but still looking for tools and tips on how to navigate." (Though Bud Light doesn't fall under Rustgi's purview, that brand followed a similar strategy by reviving a classic with "Stay at Home Humans of Genius.")

Fans could join the "Whassup" horseplay through interactive activations, with Wade and Union hitting Instagram Live to answer questions. With fewer ads on air, upping Bud's social media presence in such fashion was paramount, Rustgi says.

The pivot continued for Memorial Day with a more reverential vibe in "Reporting for Duty," also from VaynerMedia, which honored the sacrifice of all those defending our country, from Marine Corps reservists to medical professionals:

Again, there was a real-world tie in. For every case of limited-edition patriotic cans sold, Bud donated $1 to Folds of Honor, which helps the families of fallen military personnel. On Memorial Day weekend, Folds of Honor and Bud co-streamed live concerts on their social platforms to honor military families and raise funds for the cause. (Plus, the brewer also made a fresh $500,000 donation to the American Red Cross.)

Another move to leverage social media and place the brand more prominently in the cultural conversation arrived on Father's Day, with Bud unveiling an apparel line that harkened back to the Watergate era. 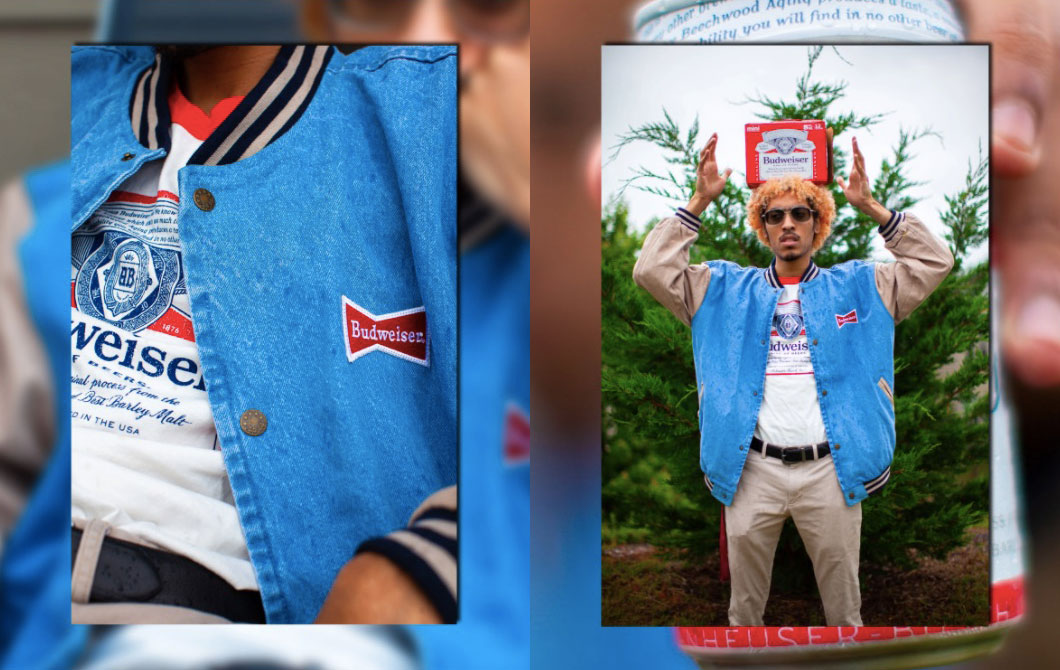 "We said, 'How can Budweiser, in this environment, provide some lighthearted utility when people are looking for gifts for their dads?' " Rustgi recalls. "We created an entire '70s-inspired Bud Dad merch line, made it available online, and simultaneously made available the most epic dad gift ever: two tickets to the World Series—whenever attendance is possible—two tickets to the Super Bowl, Clydesdales showing up at your home, and a complete Budweiser decked-out Dad Cave."

To enter, folks submitted their best dad jokes. "We started the conversation, and the output of that conversation are jokes that get people to laugh a little bit in a tense time," Rustgi says.

Finally, as much of the nation began reopening in June, Bud and Anomaly Canada brought back the brand's Clydesdales and puppies for "Reunited With Buds." Queen's "Don't Stop Me Now" provided the stirring soundtrack.

"We thought it was the perfect moment to celebrate and acknowledge that bars and restaurants were reopening," Rustgi says. "As a category leader, we needed to send a message that we understand you cannot wait to see your friends. With everyone so eager, there is the chance that people might not be as disciplined in their social distancing."

Give the resurgence of Covid-19, with new restrictions put on taverns and eateries in some markets, does Rustgi wish the brand had hung back?

"We had a program that focused on the responsible return to on-premise," she says. "Everything from signs that Budweiser branded, social distancing circles, hand sanitizer, plastic cups. Our entire initiative was to ensure that people returned safely. Of course, there are a lot of unknowns. But the one thing we knew was how to be safe. We wanted to use the power of our scale to reinforce that."

During the entire pivot, "the number one thing I have learned—number one, two, and three—is you have to ensure that your brand has an undeniably clear role in people's minds," Rustgi says.

Indeed, Bud put transactional and product-focused advertising aside, stressing community and utility instead. Across a range of campaigns and media, Rustgi made sure the brand stood for something deeper than sales, as much as any brand could.

Moving forward, Bud plans to run commercials during MLB games and garnish stadiums with signage. Still, the marketplace is far from typical. With baseball's recent comeback fragile at best, Rustgi eyes the future with understandable wariness. "We're operating in two- to three-month increments," she says, proceeding with caution as the pandemic situation remains fluid, and "every day is unpredictable."

"The way we're looking at this, especially for 2021, is we anticipate that what's happened now is a heightening of certain trends, and we're going to plan for that," she adds. "Like smaller gatherings at home. The importance of watching sports from home. Until further notice, this is the way of life." 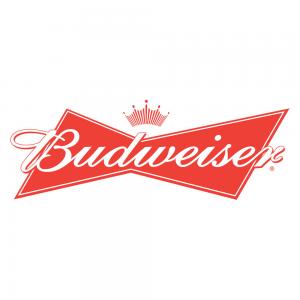