Dwyane and Gabrielle chat up their fab friends 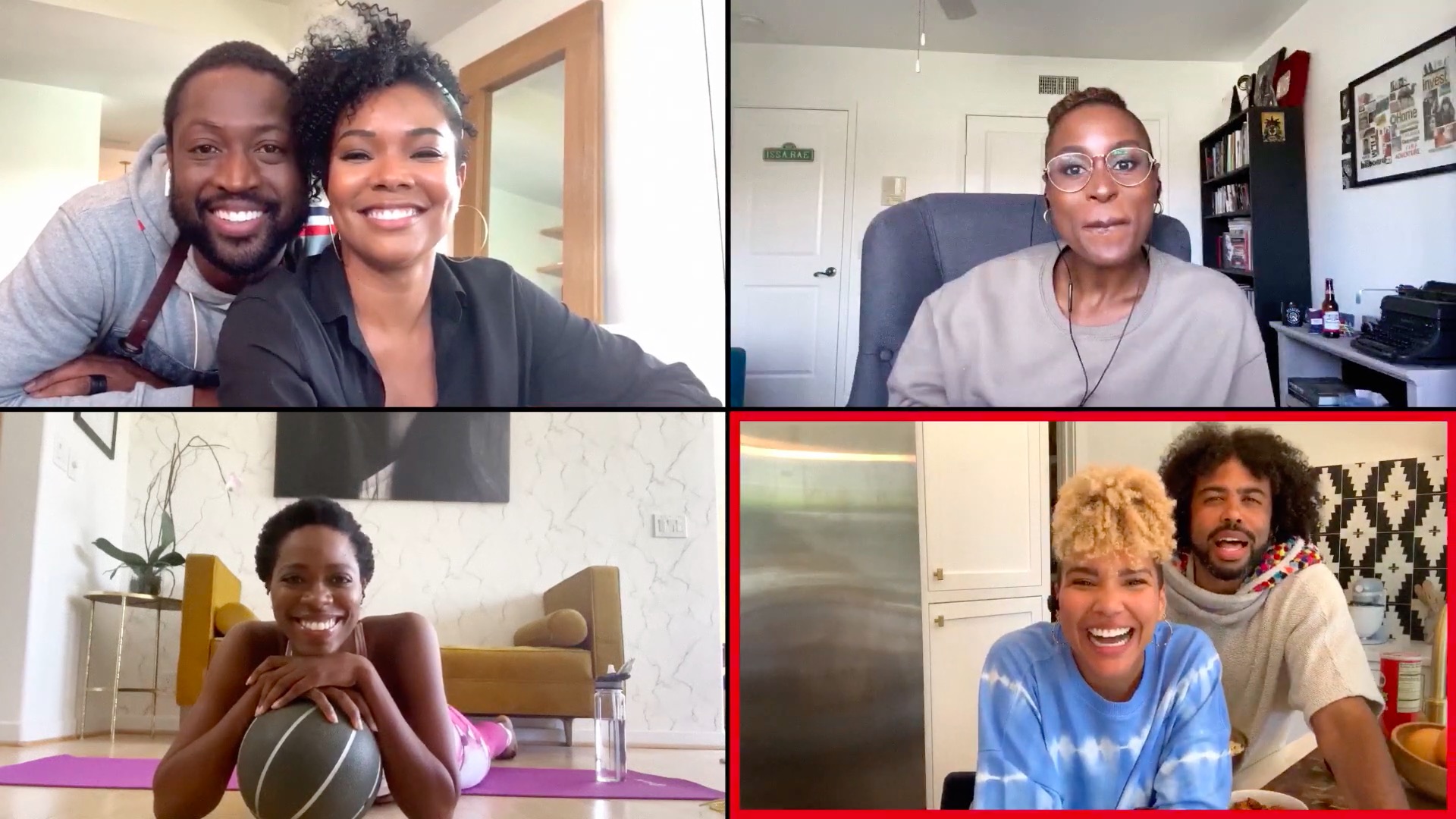 Former NBA standout Dwyane Wade and his wife, actress Gabrielle Union, connect via video chat with some of their pals in Budweiser's latest lockdown-themed "Whassup?" PSA. Developed with VaynerMedia, the work reminds folks to check in with family and friends as coronavirus confinement continues across much of the world:

Both PSAs turn quiet toward the end, stripping away the veneer of fame, letting viewers relate to the stars for who they truly are: human beings like the rest of us, trapped in a strange and scary situation, seeking comfort, contact and a few good laughs.

The ads close with the line, "Checking in, that's whassup," and a toll-free number for the Salvation Army's helpline. Bud will make a donation of $100,000 to support the organization's Covid-19 relief efforts.

Fans can join in the horseplay—and in some cases win free swag—through various interactive activations. Tomorrow, Wade and Union hit Instagram Live to answer your questions. (Please, try to ask something more original than "Whassup?")

Working with director Charles Stone III, ad agency DDB created the original, uber-iconic "Whassup?" commercial, which dropped during Monday Night Football on Dec. 20, 1999. A follow-up aired in the Super Bowl shortly thereafter, and the line has bubbled up a few times since.

"We found this to be a meaningful opportunity to revisit the original spot's simplicity and focus on human connection," says Bud vp of marketing Monica Rustgi. "Our hope is that by getting people to check in, we can play a small part in bringing the world closer together during these trying times."