Bud Light Resurrects 'Real Men of Genius,' With a Twist, for Covid Era 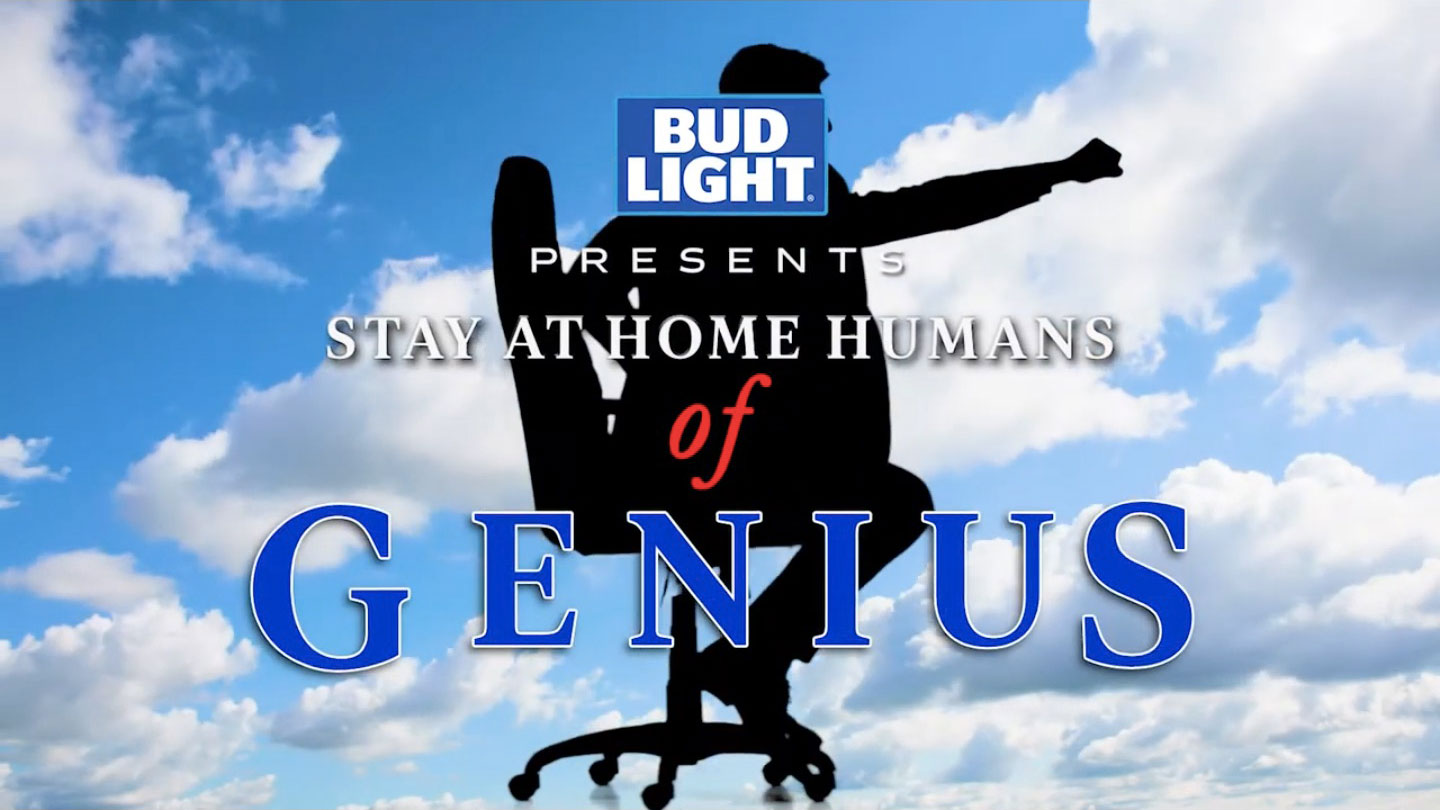 Nostalgia is a powerful force during our anxious present day, and A-B InBev is leaning into the comforts of the past once again during Covid-19—with a Bud Light campaign called "Stay at Home Humans of Genius" done in the style of the brand's famous "Real Men of Genius" ads two decades ago.

The original campaign from DDB Chicago, which began in 1998 and earned universal plaudits and plenty of awards (including three straight Grand Clios in Radio from 2002 to 2004), focused on men only. Originally titled "Real American Heroes," they were faux-tributes to dumb and esoteric male obsessions and pecadilloes, celebrating everyone from "Mr. Way Too Much Cologne Wearer" to "Mr. Wedding Band Guitar Player" to "Mr. Really Bad Toupee Wearer."

The new spots expand the definition of heroes and geniuses to include anyone and everyone—male and female—who's finding creative stuff to do at home during the pandemic.

"In this unprecedented time of social distancing, Bud Light wants to celebrate those making staying at home more fun for us all," Bud Light digital marketing director Conor Mason said in a statement.

The ads were created by AB's in-house agency, Draftline, alongside 160over90.

This is the second return for the campaign in the space of a year. Last June, the brand unveiled "Internet Heroes of Genius," a series of minute-long spots lampooning various computer-driven types such as "Corporate Social Media Manager" and "Person Who Accidentally Went Viral."

A-B InBev has been on a nostalgia kick generally during Covid. It also resurrected "Whassup" for Budweiser in ads featuring Dwyane Wade and Gabrielle Union checking in with their friends over video chat.