While we may not have many Latin and Hispanic role models in the branding industry (yet), Latinos and Hispanics have long been trailblazers in the realms of creativity, business and culture. As I reflected on Hispanic Heritage Month, I was reminded of unsung individuals with surprising and outsized contributions to the world we live in. They're inspiring to me, as I hope they are to you.

While Desi Arnaz is hardly an unknown, he's most remembered as Lucille Ball's Cuban counterpart: the conga player with the often-mocked accent. Arnaz was anything but a punchline and should be revered alongside 20th-century media innovators like MGM's Louis B. Mayer. When Ball and Arnaz founded Desilu Productions in 1950, Desi took the reins of the operations and made decisions that would shape the television industry for years to come—including the groundbreaking three-camera setup for sitcoms.

To shoot with higher-quality 35mm film, Desi and Lucy willingly took a pay cut in exchange for owning the show's masters outright after they aired. Without fully realizing it at the time, Desi would be responsible for the lucrative and long-lasting concept of syndication—the reason we still watch I Love Lucy today. For a Cuban immigrant navigating the mostly white world of Hollywood, he downplayed his own significance in order to let his co-stars shine — and transformed an industry.

Sylvia Rivera isn't widely known today, but the veteran of the 1969 Stonewall riots was a tireless advocate, fighting against the exclusion of transgender people—especially transgender people of color—from the bigger movement for gay rights. Sylvia, born to a father from Puerto Rico and a mother from Venezuela, was assigned male at birth and given the name Ray. In 1963, she met Marsha P. Johnson, a self-identified drag queen, which changed not only her life but also the LGBTQIA+ movement.

After being excluded from mainstream gay organizations, Rivera and Johnson formed the Street Transvestite Action Revolutionaries (STAR). The group became a space to organize and discuss issues facing the transgender community in New York City; they also had STAR House, a building that provided lodgings for those who needed it. Rivera's legacy has led to such organizations as the Sylvia Rivera Law Project (SRLP), which offers much-needed legal services for those who cannot afford representation. This organization continues Rivera's lifelong work to ensure a stable and safe existence for transgender, intersex, and gender-nonconforming people.

Dr. Ellen Ochoa is a veteran astronaut who was chosen for four space flights and has logged almost one thousand hours in orbit. She was not only the first Latina selected as an astronaut, but she was also the first Latina—and second female—director of NASA's Johnson Space Center (a.k.a. "Mission Control."), the second woman to hold the title and the first Latina.

Ochoa did not grow up dreaming of the cosmos, since the space program didn't exist when she was born in 1958, and women were not part of the program when crewed spaceflight began. But Ochoa would join NASA in 1988 as a research engineer and moved to Johnson Space Center in 1990 when she was selected as an astronaut. Ochoa has had six schools named after her, a long list of honors, and three patents on optical systems that can be applied for multiple uses, including in space.

Before Cesar Chavez, Dolores Huerta, and AOC, Emma Tenayuca was fighting for the rights of workers, and history is just now starting to give her the credit she deserves. The San Antonio, Texas, native grew up watching her family and neighbors struggle for basic necessities during the Great Depression, and she became an advocate for labor rights by the time she was a teenager. At just 21 years old, she led the 1938 Texas Pecan Shellers' Strike, which was largely composed of Mexican-Americans who kept seeing their pay cut, despite having to work in unsafe conditions.

Tenayuca convinced 12,000 workers the fight was worth putting their jobs on the line. The workers unionized under the International Pecan Shellers Union and garnered support from 8,000 more workers, bringing the industry to a screeching halt. Despite retaliation from pecan producers, including police gassing and arrests of strikers, they agreed to arbitration 37 days after the strike began and gave the workers increased pay weeks later.

As the chief brand officer of one of the largest consumer companies in the world, Procter & Gamble, Marc Pritchard has a sizeable impact on our industry's attitudes and approaches toward inclusive marketing. But most people, until recently, didn't realize that Pritchard himself is Mexican-American. He entered the industry in the face of pervasive racism, and, for much of his early career, he struggled with his identity.

Since 2018, however, he has spoken candidly about his ethnicity and the challenges and strengths that derive from them. He's also made sure that Procter & Gamble has backed up that talk with action. He's pushed the company to champion diversity, equity, and inclusion in both its marketing and hiring practices. He led some of the most notable steps by a brand to address the Black experience both before and after the civil unrest of 2020: "The Talk," which showed the steps Black parents take to make sure their children come home safe, and "Widen the Screen," which sought to capture the full range of Black life.

Not everything these individuals achieved is directly related to the work Latinos and Hispanics create in branding and marketing. But the example of these pioneers can help us in our careers nonetheless: The innovation of Desi, the bravery of Sylvia, the intellectual curiosity of Ellen, the tenacity of Emma, and the humanity of Marc? That's a legacy anyone should be proud to embrace. 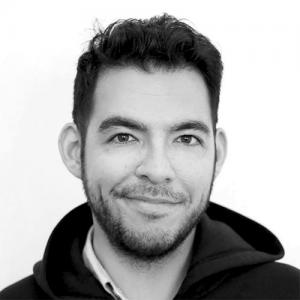