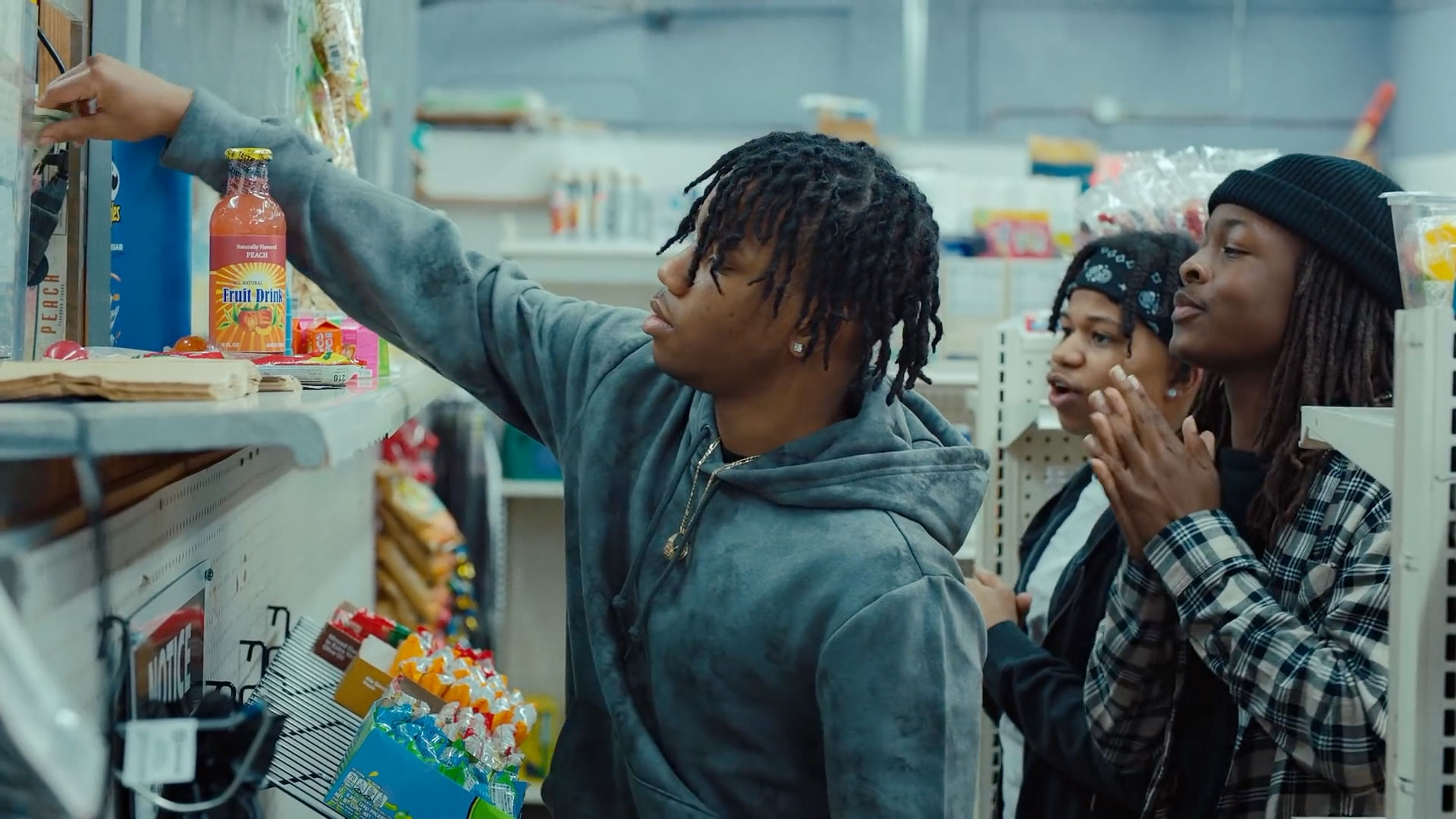 Black people in movies and TV series are often viewed through a ridiculously narrow lens, portrayed as thugs, victims or other stereotypes whose fate seems predetermined regardless of the storyline.

Procter & Gamble's "Widen the Screen" initiative strives to change that dynamic, empowering Black creators to tell their truths and display the depth, breadth and vibrancy of their communities.

The thought-provoking short film below seeks to subvert audience expectations.

We watch two Black youngsters enter a convenience store, eyed with trepidation by the owner. Will the kids shoplift? A violent episode appears primed to explode before our eyes.

In separate threads, a pregnant African-American woman walks her kids to the bus stop, while a young Black dude wearing gold bling bangs loudly on a door.

How might white or Black viewers, inundated by untold hours of Hollywood fare, produced for the most part by the white entertainment establishment, expect such scenarios to resolve?

"If you think you know what happens next, ask yourself why," begins Academy Award-winning narrator Mahershala Ali, over moody scenes sculpted by Oscar-nominated director Kevin Wilson Jr. "These are the Black stories we've been shown. A narrow view that limits our understanding. But there's so much more to see—the full picture of Black life."

Over the course of the spot's two minutes, each narrative strand ends happily. These logical, life-affirming wraps almost feel like surprise endings, given some viewers' assumptions.

"Let's widen the screen so we can widen our view," Ali concludes.

P&G developed the project with Grey New York. It also includes the brief interview/behind-the-scenes clips below. Talent from both sides of the camera discuss Black imagery in mass media, and what can be done to foster inclusivity.

"For me, widening the screen is basically taking a look at life in the middle for Black people, a normalization of Black life to allow people to see themselves," says actor Njema Williams.

"We need more Black storytellers that come from an authentic place, and not just one person, because we're not a monolithic people," adds sound mixer Chykeria Thompson.

As part of the push, P&G fashioned this website, which outlines its efforts to fund and encourage Black creators at all levels. Such efforts include a new content deal with LeBron James and Maverick Carter's Spring Hill Entertainment, and supporting Queen Latifah's Queen Collective, which backs Black women writers and directors. P&G will also work with collective Saturday Morning to craft scripted stories told in 8 minutes and 46 seconds (a reference to the killing of George Floyd and a symbol of police brutality).

"Widen the Screen" shares themes with Ghetto Film School's recent campaign supporting multicultural creativity, and Apple's ads from 33 Black artists, commissioned to capture the soul of their hometowns using iPhones. Vimeo and Mailchimp explored the vitality of minority-owned businesses in a video series from filmmakers of color.

Muse: Can you explain the campaign's genesis?

Damon Jones: The idea originated from the knowledge that 6 percent of writers, directors and producers of U.S. films are Black. The visual of that narrow screen [which appears in the interview clips] inspired the idea and program name. Because Black filmmakers are not given enough opportunity to share real stories of Black life, the images that we are shown in advertising, media and film are stereotypes that reflect that limited narrow and racist view of the Black experience.

Does this represent a new chapter in P&G's focus on diversity?

Jones: It is a significant expansion of the work we started with "The Talk," "The Look" and "The Choice" to address systemic bias, racism and inequality. However, we knew we could do more to provide a sustained and systemic impact by bringing our efforts under one umbrella to provide expansive content creation, talent development and joint partnerships that enable increased inclusion of Black creators across the advertising, film and television industries. This key shift provides a broader and deeper impact.

Why this intense focus on media tropes?

Jones: As a corporate citizen and one of the world's largest advertisers, P&G has an opportunity to serve nearly 5 billion consumers around the globe and aims to be a force for good and a force for growth. Through P&G's brands, the company has greater awareness of bias that exists in many forms. We want to spark conversation that can motivate change and create new expectations for people, to help drive equality and inclusion for all. We recognize there are different challenges for different people, and we address those challenges uniquely to meet the need. We continue to learn and grow from the work we do to support LGBTQ+ visibility, gender equality, and racial and ethnic equality to drive lasting impact and change.

Can you talk a bit about making the anthem film?

Ben Howard: We had a majority Black cast and crew. Our director, DP, sound technician, line producer, gaffers, makeup and wardrobe stylists were all Black. This made for a powerful and electrified dynamic.

There was a moment, after wrapping the first scene, where we looked around and saw the laughter and joy of everyone involved. It was an emotional moment. For many, it was the first time we had ever been a part of a predominantly Black cast and crew, and where we all could relate to the message of the film. One of our actors, Al-Teron [Williams], spoke about how he'd typically been type cast for thug roles and how the film we're creating can work to change that monolithic view of Black men.

How will "Widen the Screen" evolve?

Jones: The effort also expands into addressing systemic investment inequalities in the media and creative supply chain by reaching out directly to Black-owned and -operated providers to enable more access to P&G. We are also working with business partner and creative agencies like ADCOLOR and the Marcus Graham Project to build the pipeline and support Black talent in the industry through recruiting, career development, training opportunities and employment.