How 3 Little Words Transformed Our Business

When a positioning goes beyond self-promotion

Is your agency positioning worth the PowerPoint slide it's written on?

Some agencies live and die by them. Saatchi & Saatchi famously carved their "Nothing is Impossible" mantra into the steps of their Charlotte Street offices as a symbol of its significance. And few agencies would be brave enough to go to market without employing a sentence or two representing what they stand for. After all, if you can't build your own compelling brand, how can you build brands for your clients?

But while we all go through the motions of defining our proposition, how many businesses have created a positioning they truly believe in and live by? For every "Nothing is Impossible," there are countless agencies with bland—and worse, meaningless—statements that even some of their employees would struggle to recall.

The reason I ask is that two years ago, we launched our new positioning, and it's had a transformative effect on our business, our people and our work. The journey we've been on has demonstrated the power of a well-considered positioning statement as a tool to galvanise and inspire.

In 2017, against the backdrop of a changing industry landscape and a gradual shift in our own service model (rather than social media being a campaign deliverable, we were increasingly being asked for digital-first ATL concepts), we embarked on a six-month project to understand, and then define and craft, what Elvis was all about.

As our project progressed, and we looked at different ways to develop, nurture and articulate our ambitions, we landed on a set of words: "Unexpected & Unforgettable." Part of a longer paragraph, the phrase jumped out. Separately, the words had been used to summarize strategic points around impact and salience, but together, they felt more like a creative expression. A powerful verbalization of our creative ambition. It was when we realized the clever duality of these two words that we knew we'd found something pretty special.

From launch, the team started using the new language every day. Not just in creative briefs, but in everything from client presentations to Instagram posts and appraisals. The idea had caught fire. Our strategists used it to select insights and form arguments, and our creatives used it to articulate their goals. It unapologetically informed who we pitched for (shared values and goals) and what we pitched with (single, researched concepts). And pretty soon our existing and prospect clients were using it, too—something I'd never experienced before.

Suddenly, we had grown remarkably more confident and focused, and our newly found swagger was becoming infectious.

Two years since our repositioning, we have developed some of our most creative and effective work to date, launching career-defining campaigns such as #bloodwithoutbias for UNILAD, which sought to end the discriminatory U.K. law which prevents gay and bisexual men from giving blood—as well as our annual Cadbury Creme Egg campaign that has seen us hide Creme Eggs in other brands' ads in 2019, and abandon traditional broadcast channels in favor of creating the Cadbury Creme Egg streaming platform "Eatertainment" in 2020.

We've also been appointed twice without a pitch in the last six months. And thanks to "Unexpected & Unforgettable," we've picked up 25 creative awards in 12 months, with wins from D&AD, Creative Circle and Caples, as well as the DMA Awards Grand Prix.

Today we continue to strive to be "Unexpected & Unforgettable," not just in our client work, but in the way we run our business, our approach to diversity and inclusion, and our commitment to addressing the climate crisis. We now believe a great positioning is not just a way for an agency to sell itself. It should provide focus, demand accountability and inspire ambition. 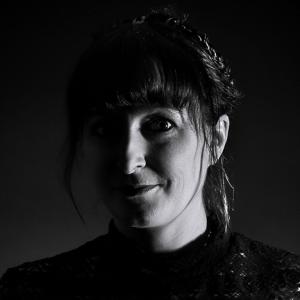