16 Lessons I Learned From Editing My First Documentary

From darkness to elation, and everything in between

Two and a half years ago, my friend Fran Healy approached me about doing a documentary about his band, Travis.

I had edited numerous music videos he had directed in the past, but this was something both of us were interested in doing for different reasons: He wanted to direct his first documentary, and I wanted to edit my first documentary. So we embarked on the making of Almost Fashionable: A Film About Travis, in which a journalist, who isn't a fan of the band, is invited to go on tour with them.

It was a one-of-a-kind experience, and for those of you interested in doing a documentary, I've compiled a few of the lessons I learned along the way:

2. You will not see your family/friends for a large chunk of your life.

3. You will go into it thinking there is one story, realize at some point there is a different story, then realize you need to go back out and shoot more of that story, then try to figure out how exactly that story will come together. You will appreciate the fact that everything you worked on prior to this documentary had a "story."

6. You will spend hours listening to your director/musician talk about music and life and politics and quantum physics and realize it's 3 in the morning because that is when directors/musicians do most of their thinking and creating.

8. You will gain an immense appreciation of the 30-second commercial. You will start to fantasize about them.

9. You will gain an immense appreciation of anything scripted.

10. There might be a point halfway through where you want to say, "Fuck it." But then you are riddled with guilt since the director is counting on you and you can't let him down. Plus, everyone in the office knows you've been working on this and will think you are a massive loser if you bail. You're in the middle of this vast ocean of footage and loose ideas and you realize there is only one way to go.  You might cry.

11. Just kidding, you will definitely cry.

12. Then, if your doc is super low budget, a producer friend will send you an extensive list of release forms, attorney names, festival strategies, insurance forms, organizational tools and basic legal paperwork on how you need to proceed to finish your doc. You are all of a sudden thrust out of your cool, warm, fuzzy creative cocoon to wear a producer's hat, which will never quite fit. You are now organizing, making lists, strategizing and bending your brain in a way you never thought possible. You then call all of your producer friends and thank them for being born.

14. Your edit is locked, your picture is almost finished. You just need to approve the credits at the end. A seemingly simple procedure. Instead, you experience one of Life's Greatest Mysteries and get sucked into a black hole of misspelled names, wrong titles, priority placement, scroll speed and other mind-numbing corrections that defy time.

15. You finish the doc! Hurrah! You are exhausted, but have a strange spurt of energy from riding a high of happiness, relief and accomplishment. You have just molded this THING out of what seemed to be thin air (or 80 hours of footage) and it is quite possibly the most incredible and rewarding feeling. You also have your couch back! Hopefully this THING is coherent and funny and smart. But if it's not, you sure as hell aren't going back again to revise it. Or … maybe a part of you wants to, because nothing is 100 percent finished in your head. Fortunately your director prevents you from touching it again, since touching it again might swallow another two years of your life.

16. You sit back and enjoy your downtime. See your family and friends. Take up running and yoga. Maybe even rearrange your closet. But then someone drops a hint that they're making a doc, something that you would like … and you are tempted. After all, it wasn't THAT difficult, right? 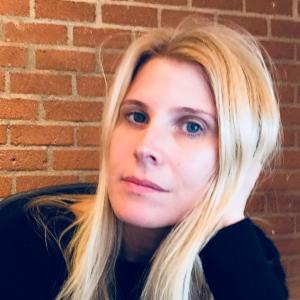