A choral take on ageless anthem 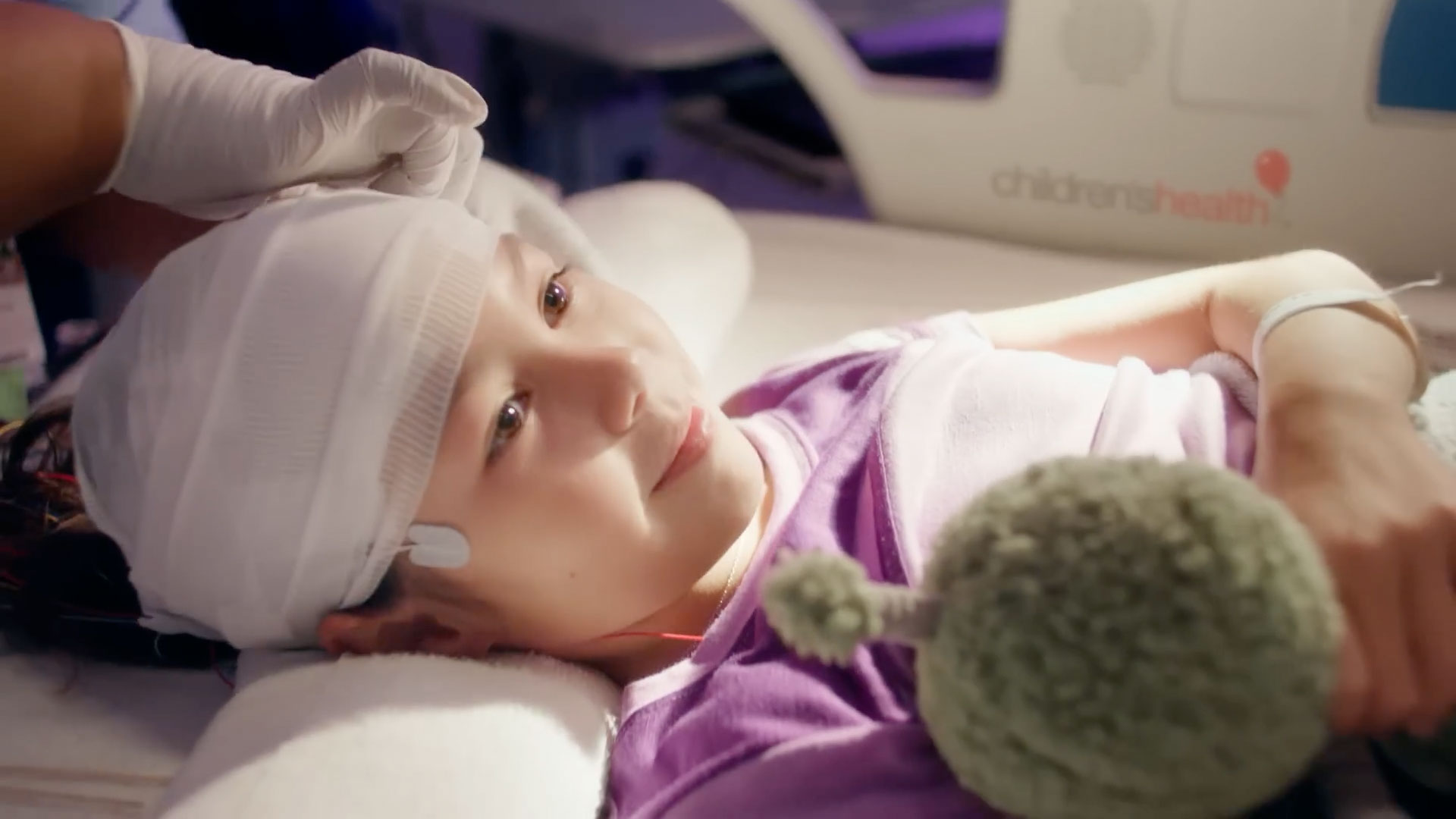 The 1983 track, originally a hit for Bonnie Tyler, has become an ad staple through the years. But it's usually played for laughs, driving throwback commercials typically as OTT as the song itself. For Texas-based pediatric care provider Children's Health, however, a community choir belts out a soulful rendition, wringing almost spiritual connotations from each soaring line:

Bits like "Turn around, bright eyes" and "Together we can take it to the end of the line" work surprisingly well with images of hospital staff caring for kids. It's a counterintuitive choice that demands attention, less predictable than, say, Steinman's "Holding Out for a Hero," another Reagan-era hit for Tyler, which would have been a more obvious selection.

"Knowing the anthem spot would require a montage of footage, we set out to find a song that could overcome this traditional format to strike an immediate and lasting emotional response," Colle McVoy ECD Dustin Black tells Muse. "Turns out most of the 'Total Eclipse' eclipse pack a serious emotional punch when placed with visuals of the highs and lows of a child's hospital stay. It's a serious left hook that has the intended 1 + 1 = 3 outcome."

Tagged "Incredible. Together," the work targets young parents in the Dallas suburbs, and also includes a pair of ads showcasing typical treatments and services that Children's provides. The clips feature children's-book-style rhyming copy, such as...

"Once there was a boy who had a big heart.
But he gave so much love, it started working too hard.
His chest felt heavy. His head got light.
But a team appeared to make it right.
They placed a new kind of heart valve within…
One that would grow up with him.
So now his love of life
Is flowing freely again."

Next, a sweet spin on the girls-and-women-as-astronauts trope we've seen in several campaigns of late:

The Explorer. Incredible. Together. | Children's Health

"Her head began to hurt, things spun out of control.
It felt like she was lost in a black hole.
Then she met a crew, on a mission to get her through,
And made friends with their robot, too.
It mapped the places they'd need
To make her brilliant mind free.
Now she can go out and explore infinite galaxies galore."

"We set out to humanize Children's innovative, all-in approach," says Black. "The anthem highlights the full continuum of care, showcasing the diversity of care across a variety of patients and care teams. The short spots bring academic-backed innovation to life. We wanted to recognize childhood as precious and fleeting, knowing it can change in an instant and show Children’s Health as a place where doubt is replaced with knowledge and fear is replaced with hope.

The initiative broke last week in Dallas/Ft. Worth and across online platforms, supported by social, print and OOH elements.