With a Nod to Cheers, Applebee's Salutes Its Regulars

It's where everybody knows your name 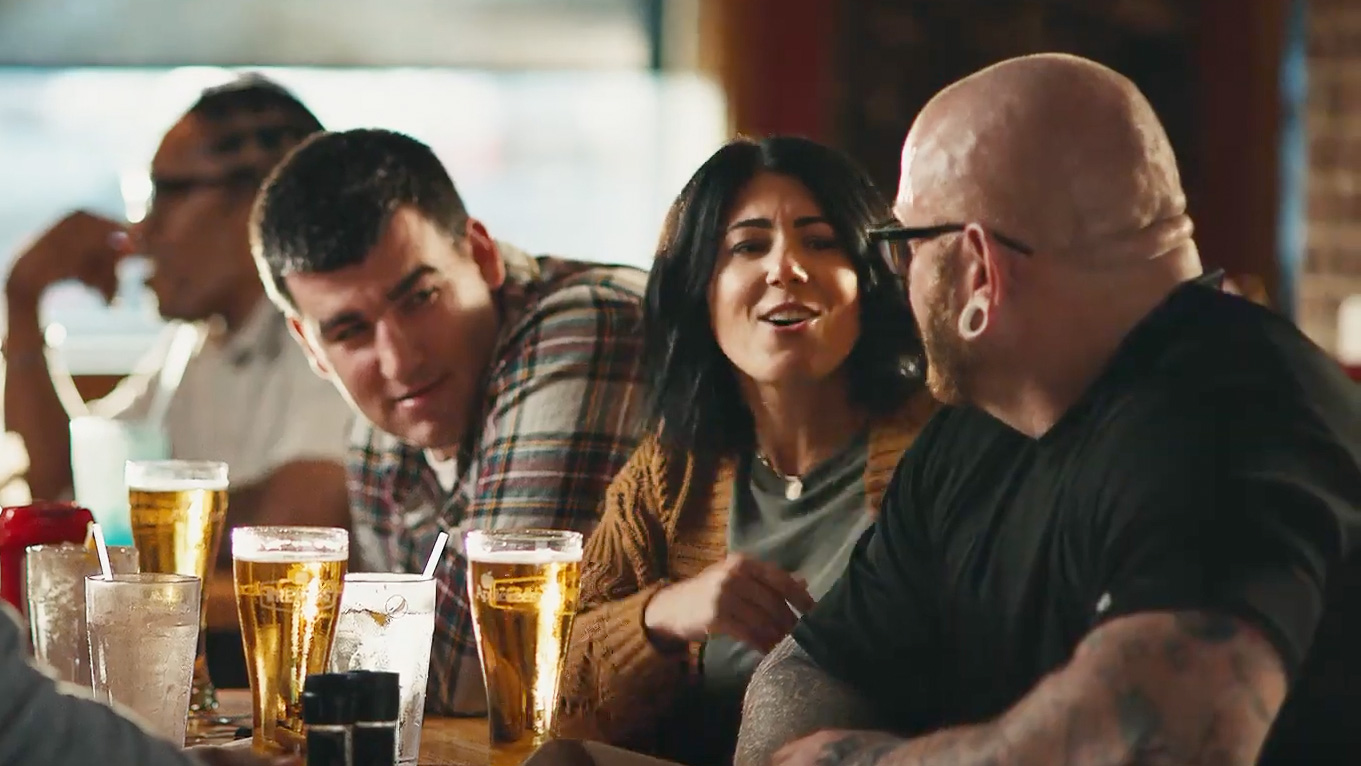 Sometimes you wanna go where everybody knows your name. And that place is ... Applebee's?

Seems so, if the casual dining chain's new commercial holds true. Grey developed the spot, which proclaims, "Here's to the regulars. We wouldn't be here without you."

Families, firefighters, veterans, little leaguers and a group of friends from Pittsburgh appear. Gary Portnoy's 1982 theme song from Cheers—oft voted the best TV tune ever, and a familiar Applebee's selection—plays on the soundtrack.

Applebee's | Here's to The Regulars

We could see Cliff and Norm sidling in for brew pub pretzels with beer cheese dip. Diane probably wouldn't be caught dead in the place, though. She's "Fancy Like" that.

Speaking of which, it feels a tad odd to watch an Applebee's ad sans Walker Hayes' toe-tapper. Yet, it also makes for a refreshing menu change.

Smuggler director Henry-Alex Rubin serves up a thick slice of comforting American pie, which feels in step with the times, as folks yearn for simple pre-pandemic pleasures like dining out with friends.

Applebee's same-store sales rose nearly 30 percent during the third quarter of 2021, so the spot represents an effort to maintain momentum amid the Omicron surge.

"Here's to the Regulars" will run during NFL playoff games and on prime-time programming.