The sweet truths of Anomaly's 'The Table'

"The Table," the Film Grand Clio winner at Thursday night's Clio Sports Awards, stems from a yuletide tradition, as the team frequently craft year-end commercials that speak to the emotional power of a single piece of athletic equipment. Past efforts include "The Glove," which focused on a baseball mitt, and "The Hoop," with a father and daughter bonding as they shot baskets.

"We were torn between the final table tennis execution and an endearing fact-based story about a dad and daughter and lacrosse," recalls client brand manager Frank Igrec.

Ultimately, they chose Ping-Pong, following one family's trajectory and the special role a basement table plays in their lives:

"This film starts with a truth," says Anomaly group creative director Seth Jacobs. "A Ping-Pong table is so much more than just a Ping-Pong table. It is a gathering point. A place to grow up. A place to learn how to win and lose. It can be a fort for children, a school election campaign headquarters, a reason to host a party."

Though clearly designed to tug at the heartstrings, which it surely does, the minute-long spot never bogs down in schmaltz. Smuggler director Henry-Alex Rubin—who's shot notable ads for Sandy Hook Promise and Gatorade—creates a sense of perpetual motion, the back-and-forth of the paddled ball providing a counterpoint to the family's evolution.

"It's a simple story that could've veered toward being overly sentimental if it wasn't executed so well," says Michael Aimette, executive creative director at BBDO and a Clio Sports juror. "Instead, the subtlety of the storytelling, the attention to detail and the direction all worked together to create a poignant film that manages to turn a Ping-Pong table into a metaphor for the cycle of life." 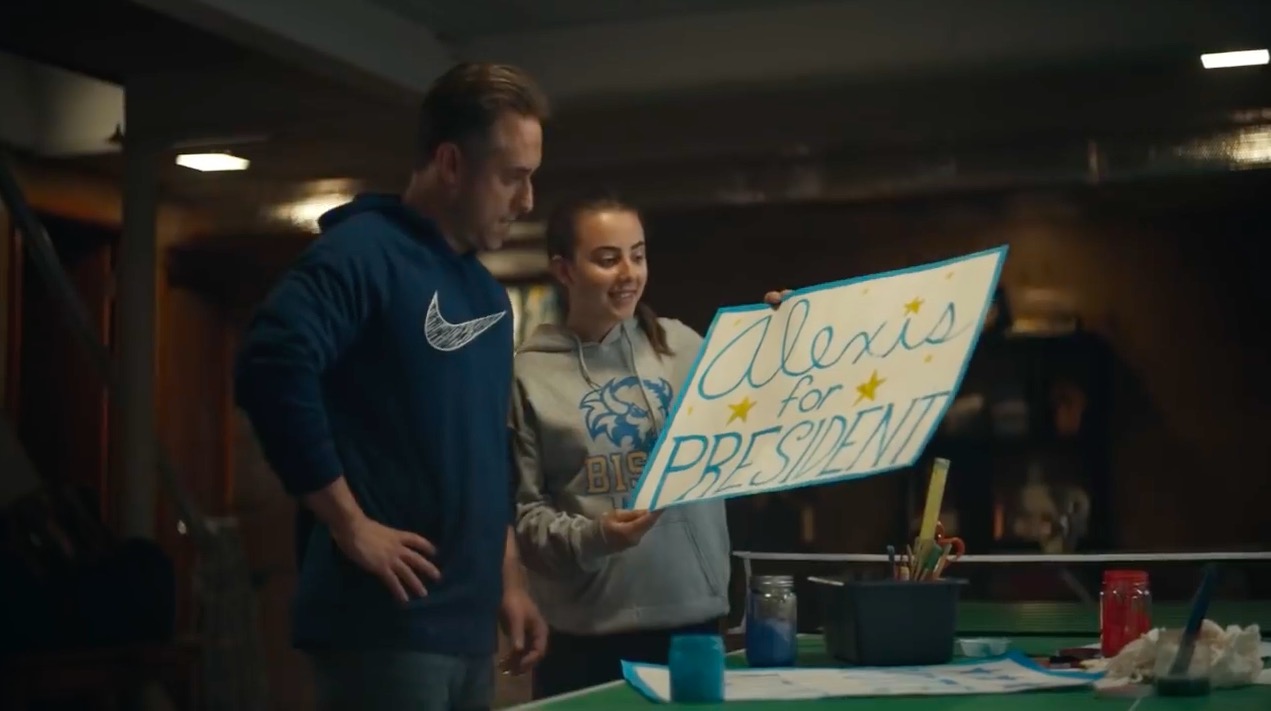 Indeed, there's no time to get mawkish or teary-eyed. Life's game proceeds apace, and playing your best is the only option.

"A bit inspired by 'The Giving Tree,' these objects in our lives hold a special power, and we wanted to tell a story that gave the table the respect it deserves," Jacobs says. "We wanted to make the table a character, a witness to the growth of these two children and this family. Fact is, there aren't many items like a Ping-Pong table that we can buy any more—something that lasts for decades, that can teach you so much [about winning and losing and the importance of loved ones]."

The story rang true for the crew, as many of them had such tables in their homes or recalled playing Ping-Pong in friends' basements.

"In a time where Fortnight and tech toys are taking up all our children's time, we wanted to remind families of the power of sport to bring us together as families and to teach us lessons and skills you can't learn anywhere else," says Jacobs.

"It really doesn't matter which sport you play, or which gift you get your children," he says. "The gift of sport is a gift that will last a lifetime. It's not about staying fit, although that's nice. It's about confidence, loyalty, learning to win with grace, and get back up after a loss. So, while the products are important, there is another job to be done, which is remind parents why sports matter."

Throughout the film, Langhorne Slim's countrified toe-tapper "Changes"—nothing at all like Christmas music—plays in the background:

"It speaks to the notion of time passing and how we all evolve, yet somehow stay the same," Jacobs says. "It was the perfect statement to go along with the narrative of this family." 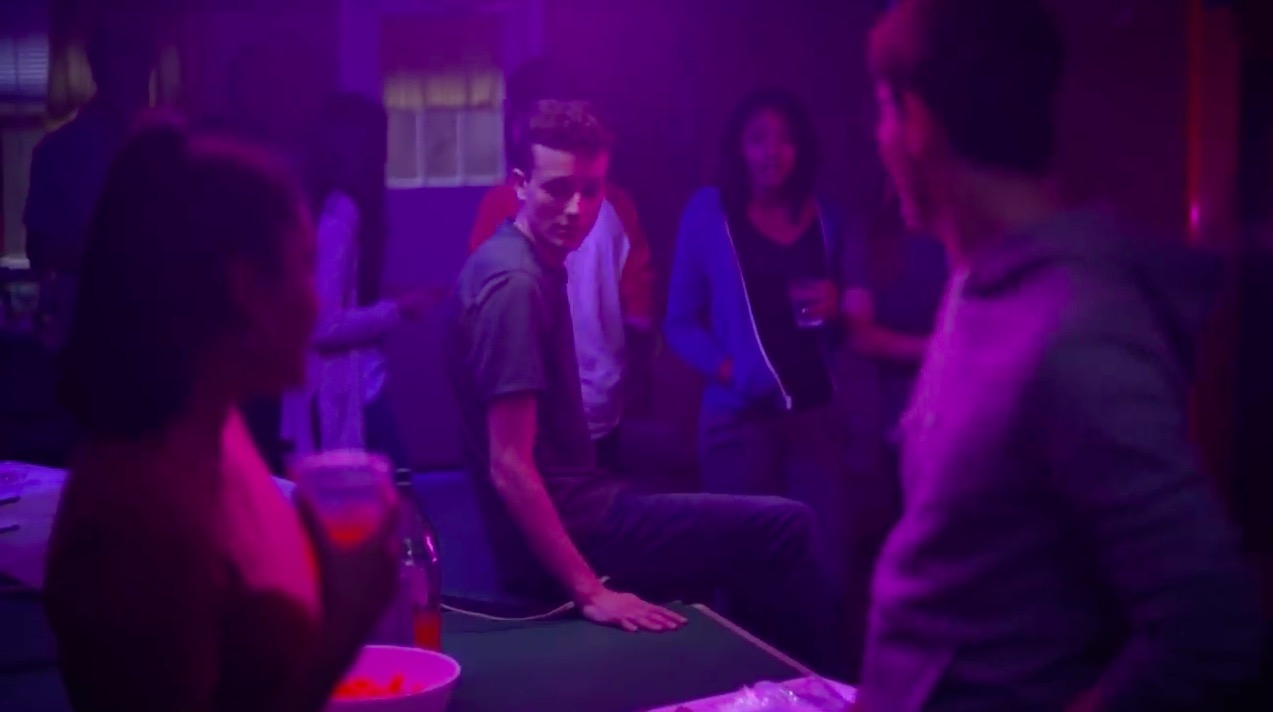 That track helped the commercial stand out in a crowded field of typically gaudy holiday fare that included blockbusters from Amazon, Apple, Burberry, Lego, Macy's and more. Compared to those ads, "The Table" felt more intimate and sparked an immediate reaction.

"Genuine sincerity and truth based on insight is why this resonates," Igrec says. "The power of the story is in the details. It's an Americana story that has a familiarity and feel-good nature to it."

Extra attention was paid to the set decoration and ever-shifting background.

"We gave special consideration to how the table would age, from nicks to the paint spill to the broken net," says Jacobs. "All of these things were natural moments in a table's life that we needed to get just right."

The hardest part about making the spot was "finding great Ping-Pong players who all looked like each other growing up," he says. "We had three boys and three girls who each had to be great Ping-Pong players first, and then look like each other. No easy task. We reached out to all the New York-area Ping-Pong clubs and found some really great talent. It was one of the most challenging casting processes we've ever been through."

After spending two days in a Harrison, N.Y., basement, the cast and crew—up to 40 people at times—actually began to feel like "a weird extended family gathered around this table," Jacobs ads.

For the Clio Sports judges, the rich atmosphere translated palpably to the finished spot.

"The spot resonated so much for me," says Kirsten Sabia, vp of integrated communications for the PGA Tour. "It brought me back to my childhood basement. I could feel the dampness. Smell the mustiness. And see that table right at the bottom of the stairs. The one where we folded laundry. Stored Christmas decorations. And yes, sometimes even played Ping-Pong. It was home, and a clear winner."

"There was a simple elegance to 'The Table,' " adds Alonso Davila, executive creative director at Madison Square Garden. "Spilled paint, a laundry basket, a broken net, ornaments and a wedding album, these small details came together to tell a much larger story that resonated and gave it emotional power."

"The spot wove together some incredibly relatable, emotional moments to capture the essence of how a game, and in this case a Ping-Pong table, brings people and a family together to create a common bond," says Justin Toman, head of sports marketing and partnerships at Pepsi. "The details were so relatable … the spilled paint that had special meaning, how the table becomes a hangout, is used to fold laundry and store holiday ornaments, and finally a vehicle to connect witj the next generation of the family." 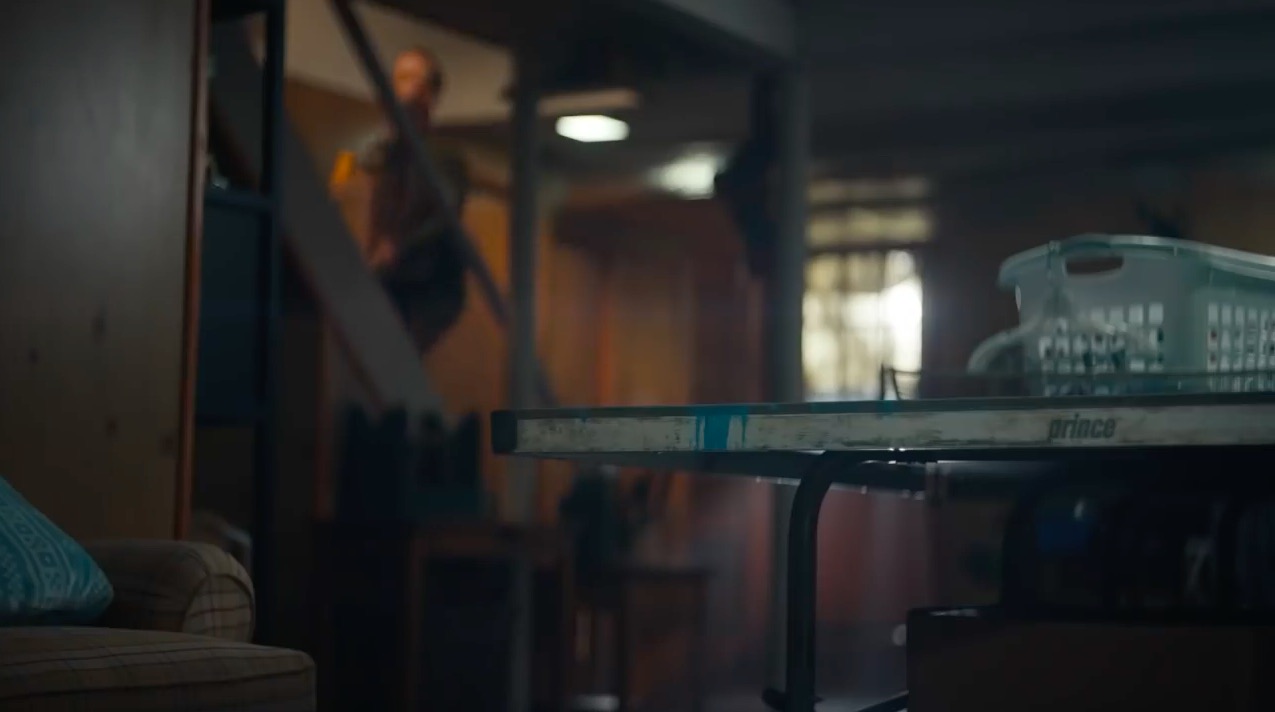 "The Table" generated more than 17 million views across Hulu and YouTube, plus 87 national GRPs in linear TV during the festive season. In terms of Q4 business, DSG's revenue and same-store sales—though down overall in a tough market—beat forecasts, while digital sales rose 17 percent.

"You never know how a film will do online, but when you create genuine stories that have authentic and not forced emotions, people tend to share the work with ones they love," Jacobs says. "So of course we were happy, but we very much set out to make a film that had that effect. So much credit goes to DSG and their desire to be genuine and emotional in a time when quick and product heavy seem to be the norm."