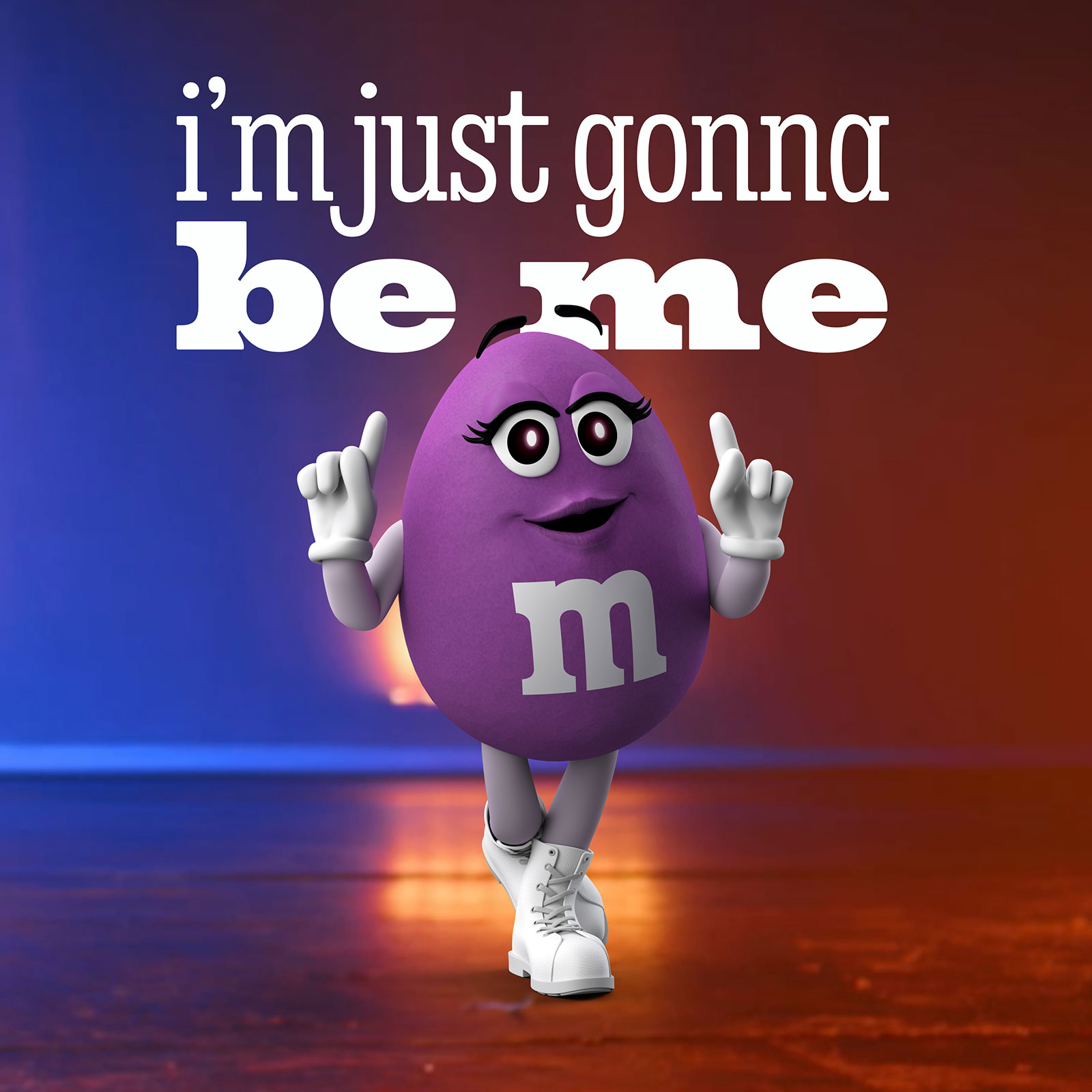 In the candy world, themes of inclusivity and belonging have been Skittles' bag for some time, with the Mars Wrigley brand crafting lauded, socially aware messages for more than a decade.

Of late, however, M&M's, also owned by Mars, has explored similar shelf-space. As 2022 began, amid much fanfare and occasional controversy, M&M's recast its beloved candy spokes-characters with nods toward modern ideas of equality, gender roles and identity.

Now, the brand expands on such themes with the introduction of Purple, its first new character in a decade, who introduces herself today in "I'm Just Gonna Be Me," a Broadway-style musical number from BBDO New York:

"The M&M's cast holds an iconic place in culture, and in order to continue reflecting the world around us, it felt right to introduce a character whose personality is grounded in authenticity and realness and who isn't afraid to show her true colors," BBDO North America chief creative officer Luiz Sanches tells Muse.

Props to singer, TV host and best-selling author Amber Ruffin, whose fun vocal performance really shines. Skittles pitches powerful DEI parables to teens and adults. But Purple should click with a younger audience, thanks to Ruffin's effervescent take on believing in yourself, despite occasionally feeling "unsure" and "awkward."

The notion of being one's best, true self feels in step with the brand's audience, not to mention the times. Plus, it's good advice in general, and the work makes its point in a way that feels relatable without overreaching.

M&M's is putting its candy where its mouth is, too, donating $1 for each stream of "I'm Just Gonna Be Me" to nonprofit Sing for Hope, which strives to create programs that bring "healing and connection to millions of people worldwide." The song is available on Spotify, Apple Music and other major platforms, and M&M's will contribute up to $500,000.

Of course, the brand has long leveraged music in its marketing, ranging from oldies like "Candyman" and "Bite-Size Beats" to its more recent art packs spoofing classic album covers.