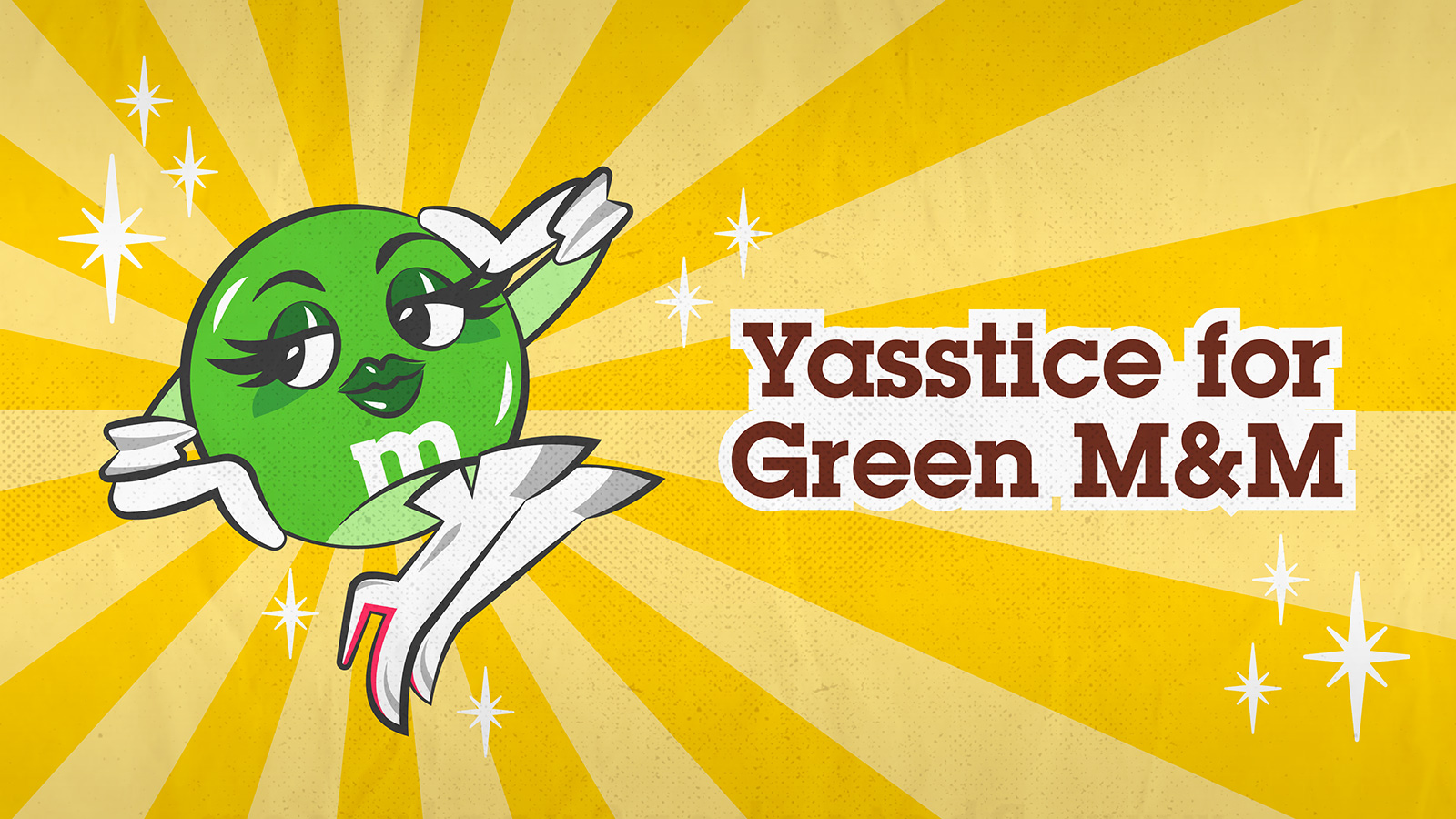 *In this article, I will not be explaining the term "yassify." Please do your own research. Especially if you work in advertising.

On Jan. 20, Mars Candy reintroduced its M&M characters in an effort to "use the power of fun to create a world where we all belong," but instead created a world where Green M&M lost her iconic boots and any sense of fun she ever had.

Now, the fact that the Mars threw culture's most beloved chocolate candy characters into the woke-washing machine in an effort to pivot them towards more inclusive spokespeople makes sense for 2022. But what doesn't make sense is the insistence from brands to overcorrect when it comes to not objectifying women, by removing any trace of their sexuality to begin with. Remember when they took away Lola Bunny's busty-ness last March? Some people have asked why any of this matters at all, given that they're "just chocolates." But if it were that simple, there wouldn't be a petition to give Green M&M her sexy boots back. 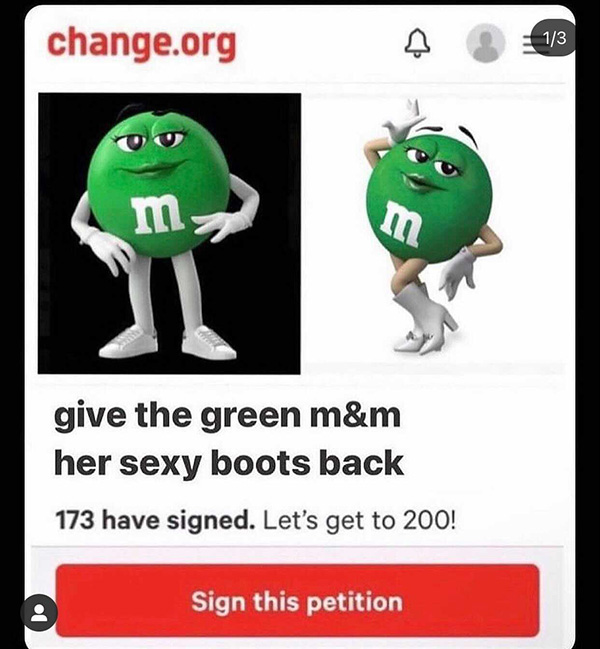 The anthropomorphized M&M's unique personality traits have sustained decades of TV ads, millions of dollars in revenue from merchandise—in addition to the chocolates themselves, and far too many lower back tattoos. So, like it or not, M&M's are celebrities with images to uphold. But instead of staging a PR relationship with Pete Davidson for some good press, the M&M's team failed at their attempt for a positive PR-worthy relaunch.

And before anyone tries to say none of the other M&M's have ever expressed their sexuality—or that it's unnecessary for Green M&M to flaunt hers—take a minute to revisit all the things Mr. Red M&M would do for love in this 2013 Super Bowl ad. It's also worth mentioning that while we're focusing on Green M&M, I'd also like to take a moment of silence for Brown M&M being demoted from stiletto heels to chunky heels, as if that were more girlboss appropriate.

The narrative I'm choosing to believe is that the de-yassification of Green M&M was the result of a well-intentioned but culturally out-of-touch internal team at Mars (à la Pepsi/Jenner-gate) attempting to future-proof themselves against being canceled for oversexualizing Green M&M. But unfortunately, knocking her down a couple inches by removing her go-go boots did far worse and riled up the one audience with the most cultural cashet when it comes to how celebrities sashay: the LGBTQAI+ community.

If you've ever met a queer person, you'll know it doesn't take long until we refer to any mild inconvience as a "hate crime." And after centuries of legitimate hate crimes against us, we've earned that right. So, it's fully within the queer wheelhouse to call the de-heeling of Green M&M a hate crime. Dramatic? Yas. Warranted. Yaaasssss. So, it came as no surprise that last Friday, one day after Green M&M was put in what looked like the saddest pair of Karen Keds ever, our Pride at The Many ERG Slack channel was going off. The overall sentiment? "Those new shoes were a choice…👀" and "Green M&M was my sexual awakening."

For queer folks, our infatuation with Green M&M came down to the same quality we admired in her. Similar to queer icon Lady Gaga, Green M&M was an empowered woman who wasn't afraid to express her femininity through her body language and the most fashionable pair of go-go boots known to humanity—next only, perhaps, to Sarah Michelle Gellar's purple go-gos in the 2004 Scooby Doo film. Simply put, you either wanted to date her or be her. If this sounds dramatic for an M&M, consider what it might have been like to grow up with little to no queer representation to idolize. We have to take what we can get. Green M&M may not have exactly been Queer Coded herself, but she was definitely Queer Ally Coded, and I'm sure if we audited her bank account we'd find a recurring donation to GLAAD.

It all goes to show that in 2022 we still, as a culture, are so afraid of female sexuality because of the confidence it conveys, making the de-yassification of Green M&M feel like yet another example of the people in charge feeling pressured to sand off the edges of a woman's duality. When asked "What's your best quality" on M&M's website, Green M&M is quoted saying, "Being a hypewoman for my friends. I think we all win when we see more women in leading roles, so I'm happy to take on the part of supportive friend when they succeed." Personally, I think we all win and succeed when women and queer people aren't made to feel like they need to tone themselves down based on the standards set by what the fragile straight male gaze can handle. 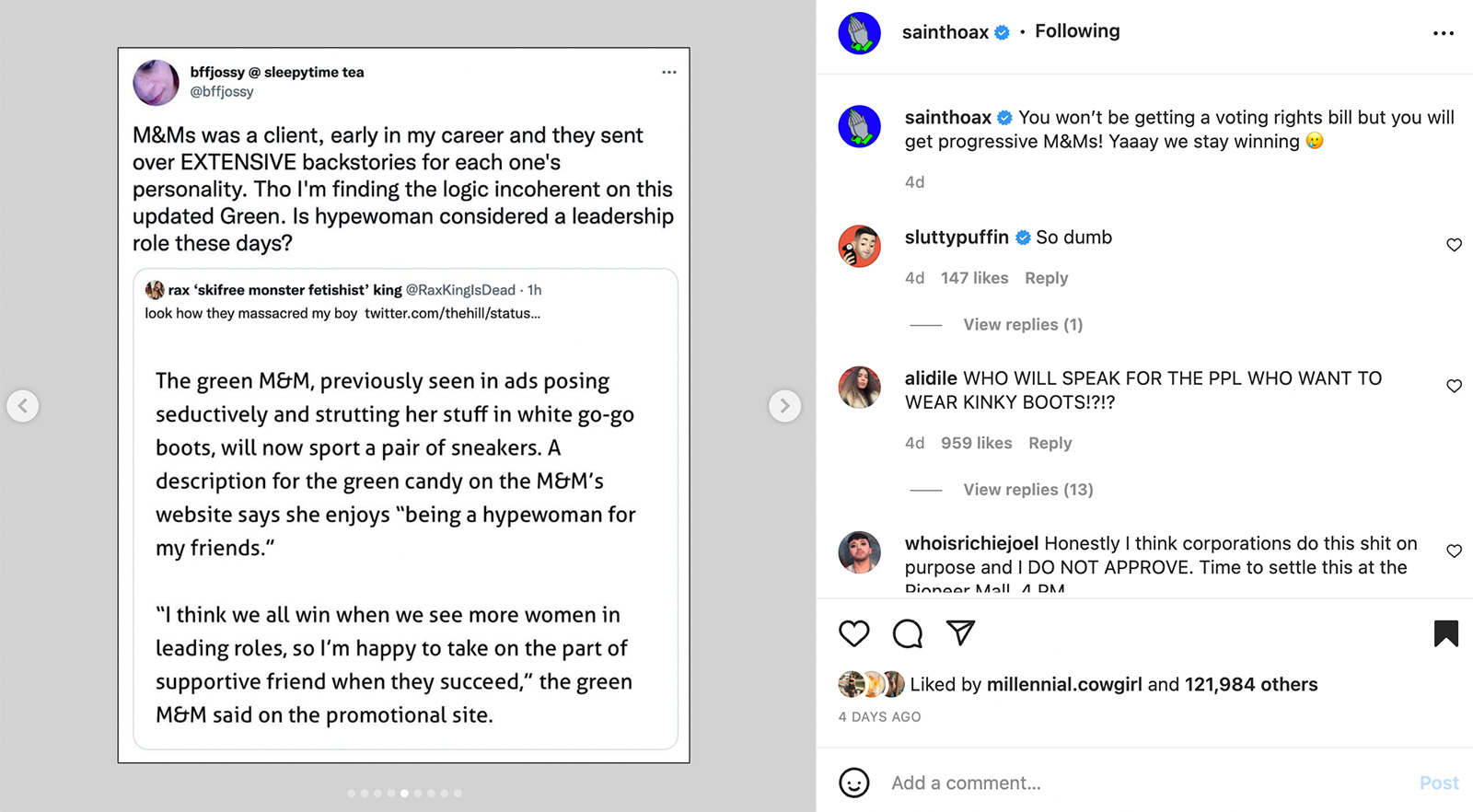 M&M's new brand manifesto on its website claims that "Fun can cross borders & boundaries, and can bridge differences & divides." But "actually, no that's not truth, Ellen" when the faces of your brand are setting the example that those differences and divides don't include women and queer people whose version of fun is not toning themselves down to hype others up. Overall, this discourse could seem silly on the surface, but it raises the important question: Who is in the room when these decisions are made? And if women or queer people are in the room, are their opinions being heard, taken into account, and actioned? I'm all for the M&M's getting a modern update, but that looks very different based on who's defining the word "modern."

In an ideal world, we could have had non-bianry, pansexual, high heel wearing, fun-loving M&M's who—as part of their commitment to shaping a world "with less judgment & more connection & consistent laughter"—could have tackled these kinds of conversations instead of judging Green M&M's shoes. But at least now we can sell this Yasstice for Green M&M NFT, designed by The Many's very own Robert Diep, and donate the proceeds to GLAAD in her name. <3

Tags
M&M's
The Many
Musings 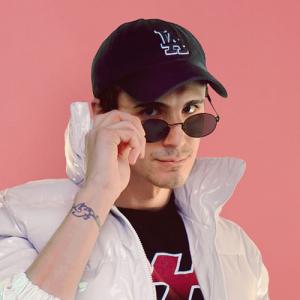