Aflac's duck brings joy to a family struggling through their dad's sickle cell crisis in "The Park Bench," an animated short developed with Black creators.

Rapper Nas provides the moody, ultimately uplifting score. Lion Forge's Carl Reed produced the film, while Rob Edwards, who penned Disney's The Princess and the Frog, wrote the script and served as director.

"We wanted to make a film that depicted the value of care, using the backdrop of a common family story—caring for each other in times of an unexpected medical crisis," Aflac CMO Shannon Watkins tells Muse. "It underscores what Aflac believes—during medical events you need to focus on what matters most: your recovery, not finances."

The project supports Aflac's "Close the Gap" initiative and related efforts to narrow the health and wealth divide in the U.S., and alleviate its disproportionate impact on people of color and underserved communities, Watkins says.

The film opens with a young girl, Bella, sitting on a bench and befriending an injured duck. (It's clearly the insurer's famous mascot, but played less for laughs than usual.) They become constant companions, symbolizing Aflac's commitment to guide families through rough times, especially when they're saddled with medical debt.

Aflac's first duck commercial from 2000 was also called "The Park Bench," and this work pays homage to that well-remembered spot, feted at the time for its diverse casting.

The XP Agency and Monk Studios also contributed to the film, which held personal significance for Nas.

"When we reached out and told Nas the story we wanted to share, he immediately jumped on board," Watkins recalls. "His friend and collaborator, rapper Prodigy, passed from sickle cell disease at age 42. It's a devastating reminder of what the genetic disorder can do, specifically to the African American community." 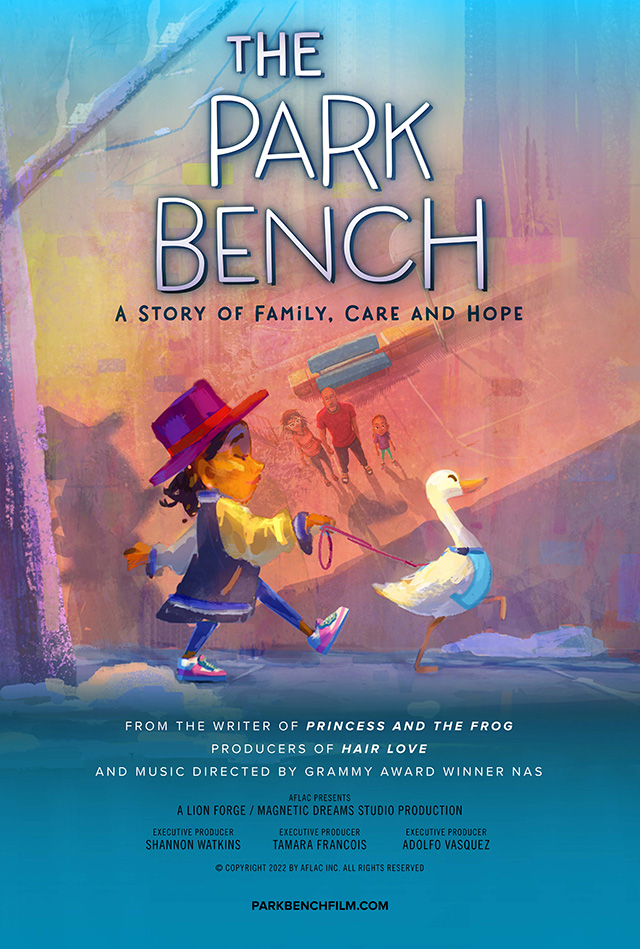