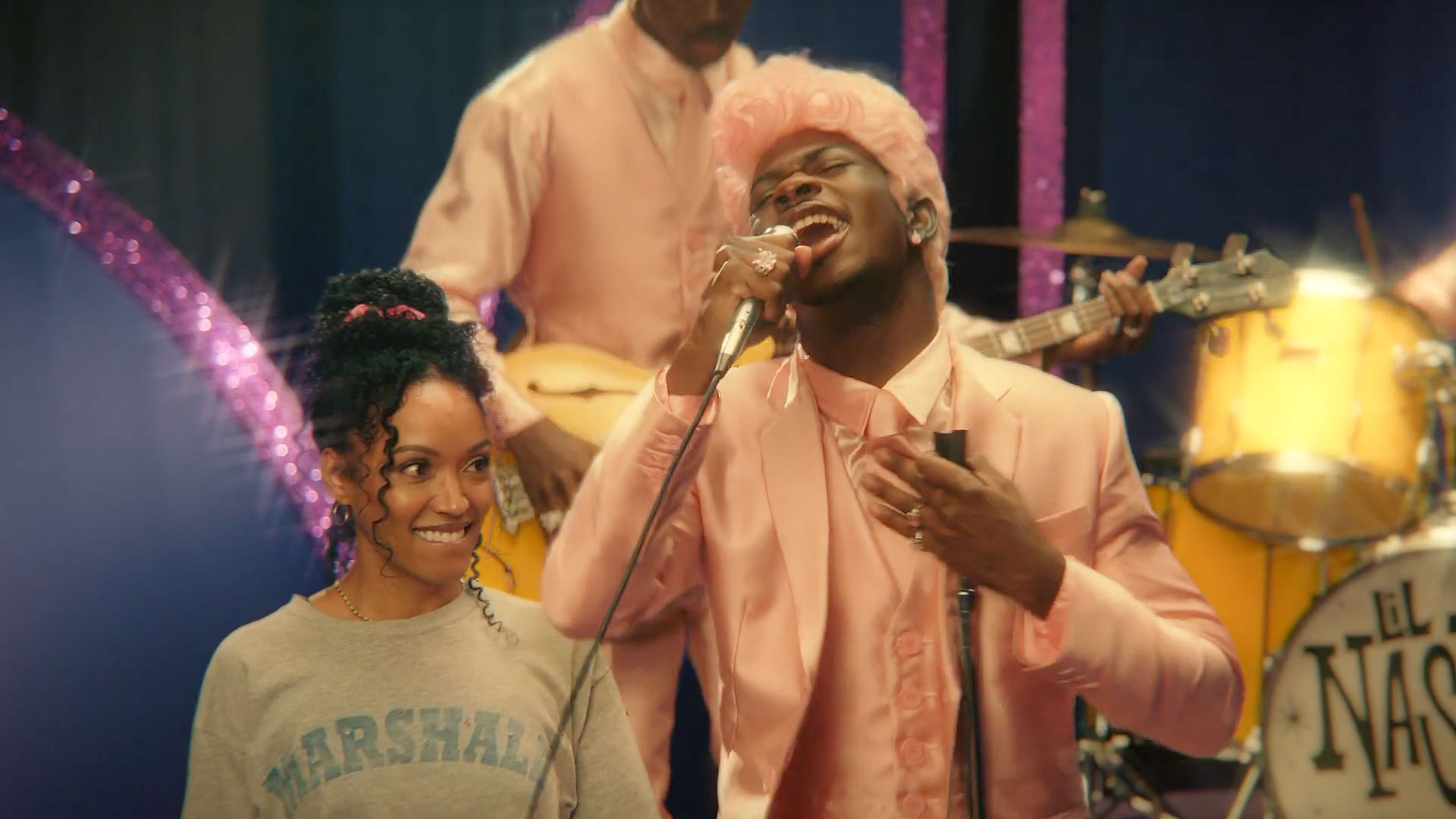 Nas narrates the ads, which focus on sweet dreams and waking up early for a bite at Taco Bell. In the best of the bunch, the "Old Town Road" rapper rocks a pink suit and matching pompadour, sending up his own persona in a sparkly talk-show spoof:

Dude's marketing work is solid gold—or should we say, multi-platinum. (Those are music references, people!) Check out his smash hits for Adobe, Wrangler and especially this recent self-promotion that skewered Nike and dissed homophobes.

Even when he doesn't appear, Nas's rhyming voiceovers (and his cute chime-along at the end) deliver big smiles in the campaign's other kicky commercials:

"Lil Nas X knows the job, the experience and the culture Taco Bell creates for its fans, including its people," says CEO Mark King in a statement. "This unique partnership will deliver on more than just marketing, allowing us to tap into the genius of Lil Nas X to inspire our team members and align with our commitment to unlocking opportunities for young people."

A few weeks ago, in a video for the "Sun Goes Down" single, Nas starred as his 2017 self, working a shift at Taco Bell. Both the artist and chain plugged the track on Twitter:

in 2017 on this day i got my first job at taco bell. here’s me leaving the cash register unguarded to take pictures in the restroom. pic.twitter.com/BO9lalrz8R

Just a taste of @LilNasX’s music video for “Sun Goes Down”. If you haven’t seen it, click the link now. https://t.co/ZkI1clmnDU pic.twitter.com/e3l2sN1qIx

Now, in addition to the ad campaign, Nas takes the honorary title of chief impact offer, and the Grammy winner promises an exclusive experience promoting Taco Bell's revamped breakfast menu in conjunction with his upcoming Montero album. He will also announce awards to recipients of the Taco Bell Live Más scholarship, which helps young people pursue their creative passions.

Taco Bell's Nas ads will run across TV, social and digital, with a Twitch partnership and store activations in the works.