Muse caught up with Jason for a quick interview at Cannes Lions.

Jason Romeyko. But if you want to know what my passport says, it's Yuri Jason Romeyko. Worldwide executive creative director at Serviceplan.

Are you a spy?

No. My father was Polish, and my passport only shows that. But I've always used "Jason Romeyko," and my brothers and sisters all call me Jason or Jay. 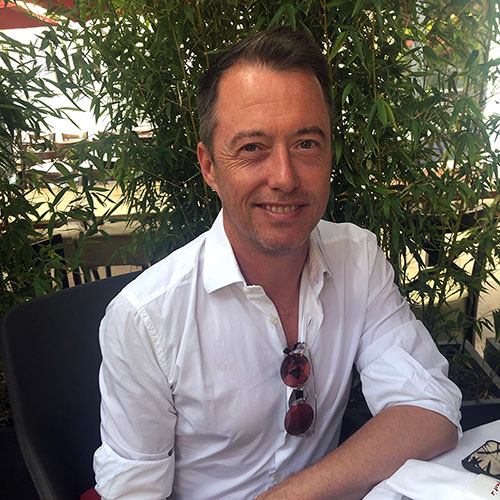 Where did you grow up?

I grew up for the first 10 years in Australia, then went to school in Europe and ping-ponged between there.

What kind of culture do you feel like you have?

What are the best parts of Australia?

Sydney Harbor, the Bondi to Bronte Walk, my nephews and nieces, my sisters, my brothers ... That's the best part.

Tell us about something cool you've worked on recently.

The Siri and Alexa stuff which died here at the Cannes festival!

The Wedding of Siri & Alexa – The first A.I. marriage

Yeah, that sucks. Tell me more.

I was really proud of that! It's a great use of A.I. Another thing I'm proud of, which has also got an LGBTQI+ thing going on, is the "Pink Triangle" project, where we took 80 people to a concentration camp and made them wear the Nazi pink triangle to protest the concentration camps into which men in Chechnya are being placed. And women in Jamaica, who are being raped to cure them of being lesbians.

All this stuff. It's dirty topics, and it's bringing them to light.

Do you feel like you have a conviction about the world that you advance in your work?

No, it's not a conviction, because that wouldn't be right. I feel we should be able to use the voice we have to leave the world a better place. It doesn't mean doing "goodvertising," because we need to have a strong commercial aspect to it, but I think that every year, instead of donating money, donate time and energy to something.

The biggest thing you've seen that you're jealous of this year?

A small social media posting from Nike, which was "How to burn our product safely."

I'm not a fan of the company card; truthfully, I think it's big budget, I think it's lovely, all grey. What's outstanding is when people started burning Nike products [in response to the Colin Kaepernick ad], Nike released that social media post. I think that's genius. 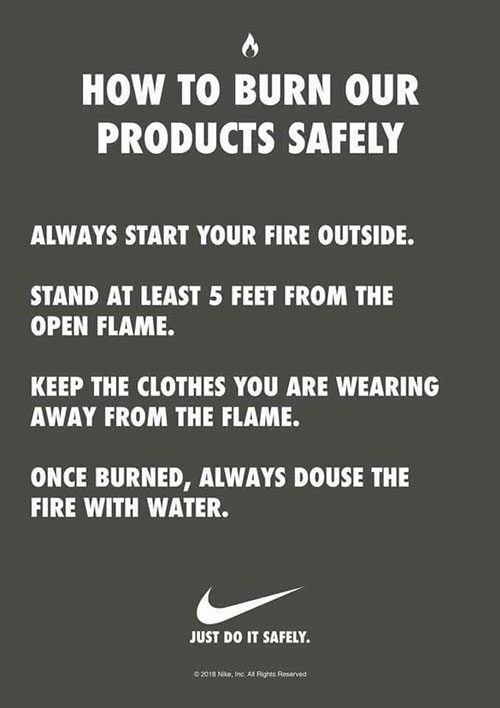 What makes you special as a human?

Two things make me special as a human: My one-word equity is electric, or electricity, and I think I'm an empath. I am able to look at, feel and understand different cultures, also through different languages I speak, and understand where someone comes from.

What's your wack thing—that thing your friends hate about you that they'll have to live with because you'll never change.

My cat. Or, I don't know … Oh! Weird shit happens to me all the time. I got thrown out of my tailor for no reason—

They literally just threw me out! This guy had this crazy look in his eyes.

You walked through the door and they were just like "Don't come in"?

So you got thrown out of your tailor's.

So I got thrown out of my tailor's. But this happens to me all the time! Amazing stories, odd stories, crappy stories ... I attract crazy people, and friends just deal with it.