TikTok's Kudzi Chikumbu on Fostering Inclusion in the Digital World

Our chat with the ADCOLOR Innovator 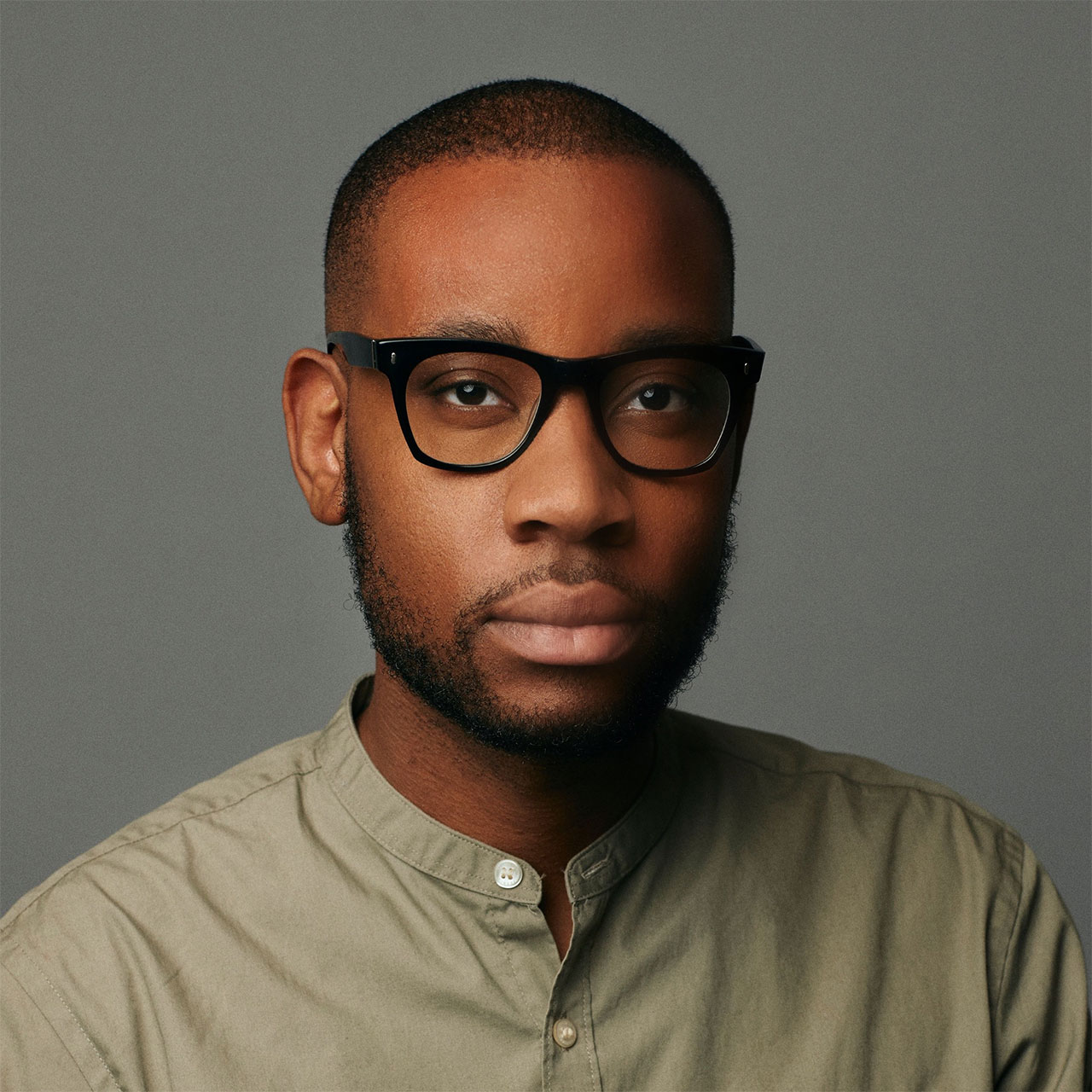 During the mid-1990s in Zimbabwe, after returning home from school, Kudzi Chikumbu would repeatedly watch a VHS tape of Whoopi Goldberg's Sister Act 2: Back in the Habit. From that manic musical comedy, Chikumbu's love for Black creativity blossomed, and he absorbed a life lesson he's employed in posts at Deloitte, Hulu, musical.ly and now TikTok, where he serves as director of the video-sharing platform's creator community.

"There's a scene where Whoopi Goldberg's character tells her class, 'If you wanna be somebody, if you wanna go somewhere, you better wake up and pay attention!' That is one of my mantras," Chikumbu tells Muse.

Years later, he caught a documentary about the final season of Oprah Winfrey's talk show—Season 25: Oprah Behind the Scenes. That viewing sparked an interest in the world of television and production. "Seeing people in action, coming up with ideas, developing them and bring them to life, struck a mega chord, and I realized I, too, could take my ideas and transform them into creative initiatives," he says.

Such notions simmered as Chikumbu toiled through the first half of his 20s as an accountant. Ultimately, however, he followed his dream, ditching the world of finance for a career in digital media. Now 33, and based in the U.S. for the past seven years, he contributes to TikTok initiatives geared toward fostering inclusion and bolstering talent.

Other like-minded efforts include:

• The #MakeBlackHistory Creator Summit, held in February 2020 in Los Angeles, with 100 Black creators attending a weekend of community building and workshops with luminaries such as Tracee Ellis Ross, Tyra Banks and Terry Crews, who spoke about goal setting, perseverance and career development.

• #BlackVoices Live, a livestream series produced with Essence and hosted by Makayladid that just wrapped its second season, featuring guests such as John Legend, Bozoma Saint John and Alicia Keys.

• #BlackTikTok, which provides a space for more than 400 Black creators to connect, share feedback and provide content strategy. The program includes webinars, discussions with the TikTok team and community building.

• #MyPride, a celebration featuring the TikTok Trailblazers, 25 LGBTQ+ creators who define what it means to embrace self-pride.

• Amplify Diverse Voices, consisting of in-app PSA videos and a mobile site that serves as a portal to showcase diverse creators and highlight educational resources.

Chikumbu was recently honored by ADCOLOR, which advocates for diversity across creative and tech, as its top innovator for 2020. That distinction recognizes "an employee who embodies progress and imagination," and who consistently "stands out among peers as an inclusion game changer and brilliant pioneer in their role, creating breakthrough developments and/or improvements, whether tangible or intangible."

In our conversation below, which has been edited and condensed, Chikumbu discusses his career path and aspirations for the future:

Muse: Can you go into your background, how you landed where you are?

Kudzi Chikumbu: I was born in Harare, Zimbabwe, and my family moved to South Africa in 2000. I chose to become an accountant after graduating from the University of Cape Town, but was always exploring my creativity by making content online. I had multiple YouTube channels, Tumblr accounts and blogs. I decided I needed to work in digital entertainment with a focus on user-generated content. I attended Stanford to earn my MBA, and pivoted from accounting to entertainment. I started at a company called musical.ly in 2016, which led to my role at TikTok [after a 2018 merger]. I focus on empowering and amplifying the creator community through development programs, creator education and marketing.

Does your background, living in different countries, define your approach to the creative business?

I have been forced to always see the world from multiple perspectives—whether navigating South Africa after moving from Zimbabwe, or understanding American culture through an African lens. This allows me to be open to ideas that come from anyone on my team. I give most ideas a chance, which has allowed us to create first-of-their-kind experiences.

Whose work inspires you today, in the ad biz and otherwise?

[Netflix CMO] Bozoma Saint John! An icon amongst us and also an ADCOLOR Award winner. She has not only made it to the top of her game in the C-suite, but also being unapologetically herself every step of the way. What a way to live: successful and authentic!

Do you consider her a mentor?

Yes, unofficially, in that I did not sit down and ask, "Please, can you be my mentor?" Instead, I followed her talks, did her workshop, and connected with her over that, and she's really helped me—mostly on pushing me to focus on my authentic voice and move through the world with a badass attitude.

Did she impart some specific wisdom?

She has taught me the power of showing up authentically. She mentions this consistently and anytime you speak to her. Standing in your power also gives other people permission to do the same. This can look like sharing your honest opinion in a meeting, asking for the feedback you need, or blazing your own professional trail.

What do you think was the biggest challenge you faced to success?

My biggest challenge has been constantly reorienting myself back to my passion. In 2012, I was working as an accountant, which is a great profession but not what I really wanted to do. Leaving that successful and lucrative profession behind, leaving my family in South Africa in an effort to take charge of my life and pivot to media and technology in Hollywood, was beyond scary. So many unknowns and no certainties. That challenge turned out to be the blessing of my life—remembering to follow my passions no matter what.

What advice would you give young people of color starting in the biz today?

Realize that your identity is your superpower and that you should treasure it. People will ask for your business insights, advice and strategies based on your identity, so you need to understand that your experience is sacred and has value. Don't just give it away.

Do you think, as a society and a business, we're finally making progress in terms of fighting racism and fostering inclusion?

I 100 percent know we are making progress, as slow as it may seem at times. June 2020 [and the aftermath of George Floyd's killing] forced us all to have these important conversations, take some action and hopefully put in longer-term plans to ensure that we are fostering inclusion.

How did you discover ADCOLOR?

I was introduced to ADCOLOR by the awesome Organization Culture team at TikTok and Neda Yazdani, a colleague who is a champion for diverse voices and nominated me for the ADCOLOR Innovator Award in 2020. The organization means the world to me because it creates a much-needed space for people from underrepresented groups to be celebrated and connected, which is so rare. Most importantly, the concept of the "reach back" [the group's mentorship mantra] is so important. That is a guiding principle as I think about helping all the emerging diverse creatives in this digital entertainment space by providing them a seat at the table and equipping them with the oftentimes hidden secrets to success.

Where do you see yourself in five or 10 years?

My vision is to build a media and lifestyle brand that inspires young people to take action to live their fullest and brightest lives. But if 2020 taught me anything, it's that you can't predict how life will go. The biggest lesson for me in 2020 was to cherish and nurture the relationships in my life, so I hope to be doing that personally and professionally: doing work that drives culture forward and amplifies the voices of people of color—but most importantly, building community as I build.