Nayantara Dutta, ADCOLOR's Rising Star, on Her Global Approach to Creativity and Community

Weaving psychology, strategy and music into personal and professional projects 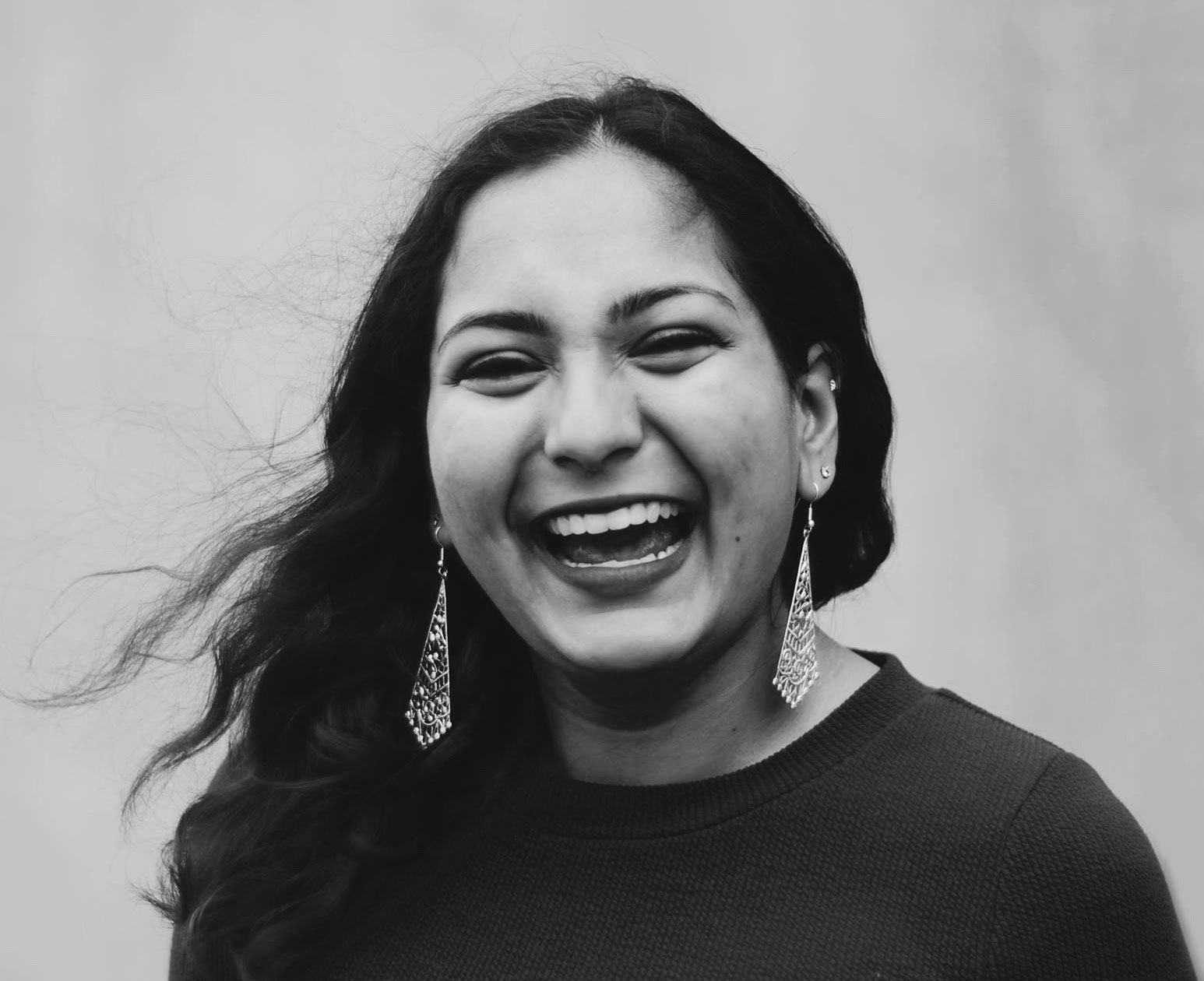 As a senior content strategist at McCann Worldgroup, Nayantara Dutta strives to bridge gaps and broaden cultural horizons. Those same goals define her passion projects, which seek to foster connections among the South Asian diaspora.

By day, Dutta partners with McCann teams across the globe to create content that spotlights the network's research and thought leadership. She has contributed to the agency's opinion pieces, its Cannes analysis and a deep dive into consumer attitudes and behaviors titled Truth Central. Away from work, Dutta founded online community Unapologetically Muslim and an event series, Defining Desi. She also writes for the BBC, Fast Company, the Guardian and other platforms.

"I grew up as a third-culture kid who learned to create home for myself wherever I go," Dutta tells Muse. "I was born in India and moved countries every few years—to Hong Kong, New York, Ho Chi Minh City, Boston, Edinburgh, Brooklyn and back to India. I've always felt like I have a foot in each world."

"I'm fascinated by people and their stories. I love talking to strangers and learning about new cultures, which led me to study psychology, music and communications," she says. "After starting in the music industry [as an intern at EMI Mumbai], I've spent the past few years in advertising as a writer and content strategist, using storytelling to share what connects us."

ADCOLOR, which advocates for diversity across creative and tech, recently named Dutta as its Rising Star for 2020. That distinction honors "an up-and-coming young gun with less than seven years of experience," who stands out "as someone who is brilliant, whose personality shines and whose differences only make him/her and those around them stronger."

In our conversation below, which has been edited and condensed, Dutta, who returned to India in June after several years in New York, discusses her career and aspirations for the future:

Muse: How did growing up all over the world shape your approach to business and creativity?

Nayantara Dutta: As someone with a multicultural background who is constantly redefining how I see myself and others, identity has always been my focus. Where I come from defines how I see the world but also how I wish to contribute to it. I tell stories and build platforms to give back to my international and South Asian communities and create spaces for intersectionality and self-definition.

What creative work inspired you as a young person?

You would usually find me with my nose in a book. Safe to say, I started wearing glasses very early. Harry Potter was my world, and I read a lot of mysteries—proud to have the same initials as Nancy Drew. At 9, I wrote my first novel on a floppy disk: The Case of the Clueless Code. In high school, I was into folk music and listened to Fleet Foxes and Neutral Milk Hotel on repeat. They made me curious about music psychology and how some songs universally resonate, like "Bohemian Rhapsody" or "Hotel California." I wanted to discover that secret ingredient that makes some songs so evocative and captures an emotion or experience so the world can feel it, too. In college, I started collecting words. I was drawn to lyrics and had been reading musical poetry from Warsan Shire and Shinji Moon, so I filled a journal with lists of words I love the sound of: obsidian, staccato, pistachios. I still read through it sometimes.

Whose creative work do you admire these days?

I love Vice's "Empires of Dirt" video series, because it flips the script of history being written by the victors. It features a Singaporean-Chinese journalist exploring overlooked stories of how colonial empires created inequality that still exists. It feels significant to see people of color taking back our histories.

Which outlets help you feel the most creative?

I love experimenting with different art forms, from tapestry weaving to knitting to watercolor-ing. Since I work with words, there's something satisfying about improvising with my hands. But music is my favorite form of self-care. I'm a jazz singer and play piano and guitar. I've been singing since I was 7, from choir to opera to pop and jazz. I still unintentionally harmonize while listening to songs because it gives me a sense of comfort. I used to teach vocal lessons to children, would spend hours in the practice rooms in college, and even toured Madrid [singing] with my college jazz orchestra. I also love poetry and try to write by hand a few times a week. Music and writing are my centers of gravity—they always make me feel better.

When did you enter the agency world?

My first advertising internship was at JWT Vietnam, after my freshman year of college. I was drawn to the industry because it allowed me to combine my love of social psychology, cultural strategy and music. I wrote a report for an incoming beer client on how they could use music as a platform to interact with Vietnamese millennials, using psychological frameworks and Vietnamese music history to understand the market. After living in Ho Chi Minh City for five years, I really enjoyed researching Vietnamese cultural values and musical preferences and incorporating what I had learned about the market through experience, to develop my first brand strategy. I didn't know anything about how the industry worked, but I was a strategist from the very beginning. From there, I applied to JWT's internship program in New York [four years ago], where I worked in trends journalism, and started to get my footing.

And you discovered ADCOLOR soon after that?

A friend recommended it as a great community. It stood out to me, as someone on a visa, because it is one of the few spaces that equally welcomes internationals and doesn't restrict applications with a citizenship requirement. Since then, I've attended three conferences, led the ADCOLOR editorial team and been lucky enough to interview M. Night Shyamalan on storytelling. There's an intangible magic about ADCOLOR, a sense of freedom where you are encouraged to unapologetically express the nuances of who you are and know you will be celebrated for the worlds within you. People share themselves so generously, and the joy I get from attending the conference takes me through the year.

What can you tell us about Unapologetically Muslim?

I grew up aware of how religious divides created trauma and violence in South Asia and wanted to do my part to show that bias stops with my generation. In response to the 2016 immigration ban, I created the 82-page trend report "Unapologetically Muslim" to show allyship toward Muslim women and explain how the marketing industry can thoughtfully support them. For the first time since 9/11, as people and brands showed vocal support, Muslim-Americans were trending but also being tokenized. I designed the report to help people understand this cultural shift, to create a platform for Muslim women in the U.S., U.K. and Indonesia to share the nuances of their identity and ideas for how brands and people can partner with them.

Over the years, Unapologetically Muslim has become a global movement, with coverage from the Drum, Campaign U.K., Teen Vogue and Dazed. It developed into a community page on Instagram where Muslim women can share their stories, and a photo series on the front page of Refinery29 celebrating South Asian Muslim creatives, in reaction to India's anti-Muslim citizenship law, and exploring how their identity influences their art.

Tell us about your other passion project, Defining Desi.

Through living in the diaspora, I've met so many South Asians who feel disconnected from our culture and are looking for an inclusive space. I created Defining Desi to meet this gap, organizing events around art, identity and activism to explore who we are and what we can learn from each other. It's been a healing space to recognize what we share, in what ways we're different and how we can design a future we believe in. [Note: The group has held two events, while a third, slated for late March, was canceled due to the pandemic.] 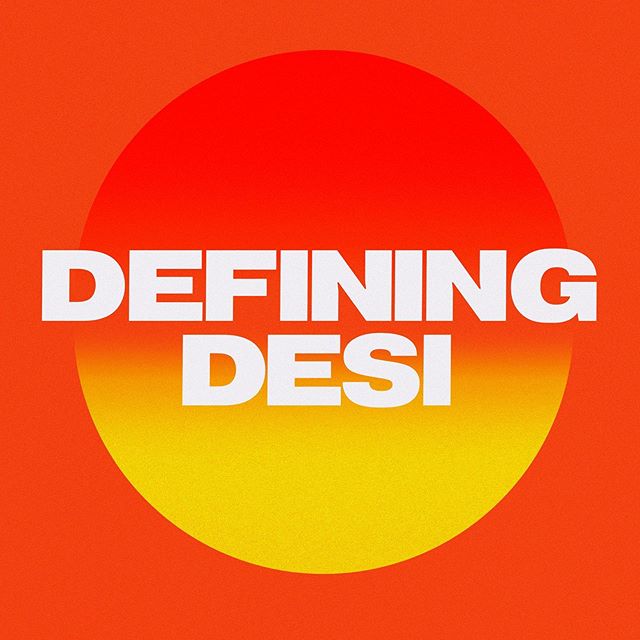 Do you think we're finally making progress in terms of fighting racism and fostering inclusion?

Yes and no. We've come a long way, but many things remain the same. The Black Lives Matter movement has emphasized the systemic nature of police brutality through the parallels between the murder of Emmett Till in 1955 and George Floyd this year. In many respects, we're fighting for the same human rights issues as we did 60 years ago. But it gives me hope to see the conversation shift from diversity to equity, inclusion and intersectionality. I'm grateful people are realizing this is lifelong work and confronting their power and privilege so they can pay it forward. In a year, I hope we keep up the momentum with constant dialogue and intentional action, and that the conversation will feel as urgent as it does now.

Any thoughts on the Biden/Harris win?

I live in India now, but was definitely invested in the election. I'm happy and hopeful for the future, and it means a lot to see the first woman of color in the White House. I'm grateful for the Black and brown communities who organized to get more people than ever to vote. It's a historic moment, but there's also a lot of work ahead.

What do you see yourself doing in the next few years?

Traveling often, spending time by the sea and working on a novel. The world changes so much that I don't have a set plan. I'm learning to improvise and be open to where life takes me.