Ice cream maker Ben & Jerry's, which has long supported Black Lives Matter, is earning praise for a remarkable statement it released late Tuesday, mourning the death of George Floyd at the hands of Minneapolis police—and outlining a series of "concrete steps to dismantle white supremacy in all its forms."

"All of us at Ben & Jerry's are outraged about the murder of another Black person by Minneapolis police officers last week and the continued violent response by police against protestors," the 700-word statement begins. "We have to speak out. We have to stand together with the victims of murder, marginalization, and repression because of their skin color, and with those who seek justice through protests across our country. We have to say his name: George Floyd."

The statement casts the murder of Floyd as the result of systemic oppression, not merely the actions of a few police officers.

"The murder of George Floyd was the result of inhumane police brutality that is perpetuated by a culture of white supremacy," the statement reads. "What happened to George Floyd was not the result of a bad apple; it was the predictable consequence of a racist and prejudiced system and culture that has treated Black bodies as the enemy from the beginning. What happened to George Floyd in Minneapolis is the fruit borne of toxic seeds planted on the shores of our country in Jamestown in 1619, when the first enslaved men and women arrived on this continent. Floyd is the latest in a long list of names that stretches back to that time and that shore. Some of those names we know—Ahmaud Arbery, Breonna Taylor, Oscar Grant, Eric Garner, Trayvon Martin, Michael Brown, Emmett Till, Martin Luther King, Jr.—most we don't."

The statement on the Ben & Jerry's website included an image at the top of the page that reads, "We must dismantle white supremacy" along with the line "Silence is NOT an option." 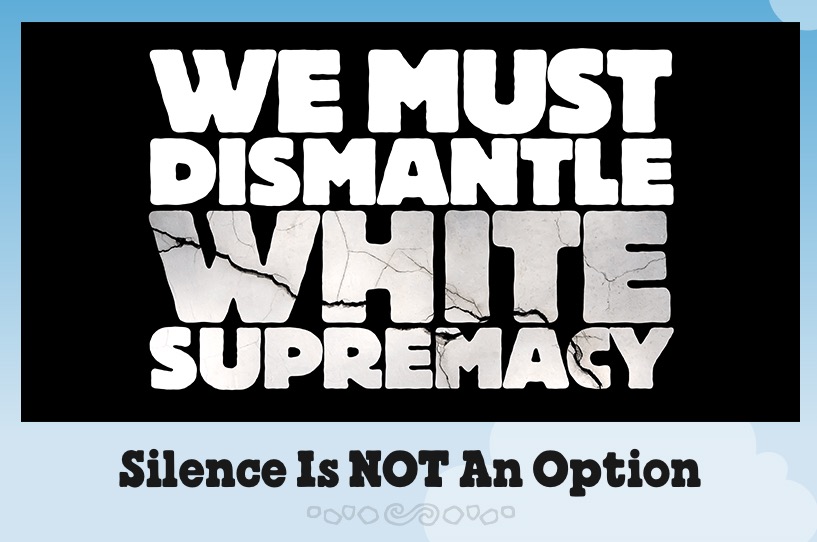 The brand goes on urge action in four areas:

First, we call upon President Trump, elected officials, and political parties to commit our nation to a formal process of healing and reconciliation. Instead of calling for the use of aggressive tactics on protestors, the President must take the first step by disavowing white supremacists and nationalist groups that overtly support him, and by not using his Twitter feed to promote and normalize their ideas and agendas. The world is watching America's response.

Second, we call upon the Congress to pass H.R. 40, legislation that would create a commission to study the effects of slavery and discrimination from 1619 to the present and recommend appropriate remedies. We cannot move forward together as a nation until we begin to grapple with the sins of our past. Slavery, Jim Crow, and segregation were systems of legalized and monetized white supremacy for which generations of Black and Brown people paid an immeasurable price. That cost must be acknowledged and the privilege that accrued to some at the expense of others must be reckoned with and redressed.

Third, we support Floyd's family's call to create a national task force that would draft bipartisan legislation aimed at ending racial violence and increasing police accountability. We can't continue to fund a criminal justice system that perpetuates mass incarceration while at the same time threatens the lives of a whole segment of the population.

And finally, we call on the Department of Justice to reinvigorate its Civil Rights Division as a staunch defender of the rights of Black and Brown people. The DOJ must also reinstate policies rolled back under the Trump Administration, such as consent decrees to curb police abuses.

The statement concludes by calling on white America to "collectively acknowledge its privilege" and "use this moment to accelerate our nation's long journey towards justice and a more perfect union."

The statement was immediately hailed by many observers as a rare beacon of truth coming from corporate America amid a fair amount of virtue signaling from brands in recent days.

.@benandjerrys just put all other corporate statements to shame. THIS is how you put out a statement. pic.twitter.com/RmDbmqPDvW

As usual, Ben & Jerry is the only corporate messaging worth reading https://t.co/hcBzvp1Djn

Ben & Jerry's, a Vermont-based brand that's been owned by Unilever since 2000, has a long history of releasing detailed, actionable statements about social issues. Last year it called for criminal justice reform. And it's been a supporter of Black Lives Matter since 2016. In a statement then, it wrote:

They matter because they are children, brothers, sisters, mothers, and fathers.

They matter because the injustices they face steal from all of us — white people and people of color alike. They steal our very humanity.

Systemic and institutionalized racism are the defining civil rights and social justice issues of our time. We’ve come to understand that to be silent about the violence and threats to the lives and well-being of Black people is to be complicit in that violence and those threats.