Casey Rand has always been conflicted about the ad industry. As a top creative leader at Droga5 (and before that, Silver + Partners and BBDO), she's harnessed the power of creativity in marvelous ways—and done plenty of good along the way. Yet she's consistently horrified at the industry's wastefulness.

"We never grapple with the fact that we're actively contributing ridiculous amounts of pollution to the atmosphere every day," she wrote in a recent essay for Muse.

This week, Rand embarked on a major career change that will see her addressing climate change on a daily basis. She has left her post as executive creative director at Droga5 and is joining Potential Energy—an industry creative coalition devoted to changing the conversation around climate change, and spurring real action to fight it—as its first chief creative officer.

Leaving one of the industry's top creative agencies, where she'd risen to become a true star, wasn't easy. But addressing climate change has become Rand's all-consuming passion, and she brings enormous energy and purpose to the cause. 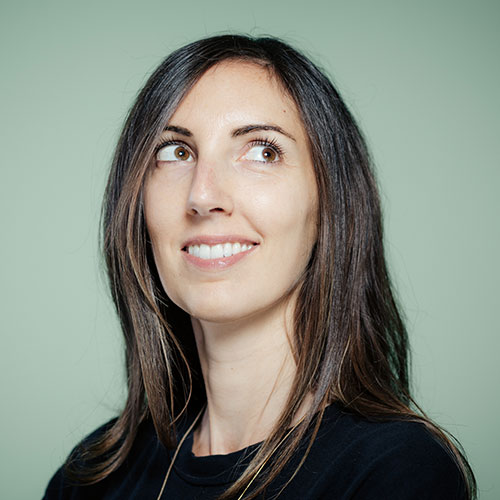 Muse spoke with Rand on Wednesday about her big move.

Muse: In your Muse essay, your final tip for limiting waste in the industry was: Quit the industry. I guess you took your own advice!

Casey Rand: I know! I psychologically jiu-jitsu'd myself. Technically, I haven't left the industry, though. I'm just selling something different: not going extinct. And in my new role, I'll be partnering with all the generous and wonderful ad people who've raised their hands to devote time and resources to alter the course of climate change.

How long have you been thinking about making a change, and what appealed to you about Potential Energy?

I'd been working with John Marshall, the founder of Potential Energy, for almost two years before I decided to take the leap. Droga5 had been involved in the project since the initial briefing, and my partner (Karen Short) and I had made a couple of campaigns with John over the years. But the more I learned about climate change, the more I felt like we were all sleepwalking towards the apocalypse. It became an obsession. My husband couldn't take me to parties anymore, because I would bum everyone out. When the opportunity came along to apply my skills to the cause I was most passionate (depressed?) about, I couldn't turn it down.

Was it tough to leave Droga5? You had only been ECD since February.

It was brutal. I'd been at Droga for six years, which is like 300 years in advertising time, so I was really emotionally attached to the place. It's where I did the best work of my career, met my most inspiring professional mentors and made some of my best friends. I definitely did some ugly crying in the elevator on my last day.

Tell us what Potential Energy does. What campaigns have they been involved in?

Potential Energy is a coalition of creative and media agencies dedicated to changing the narrative around climate change and motivating urgent, collective action. Most people don't really know what climate change is or what they can do to stop it. Some people outright deny it's happening or that humans have anything to do with it. Others just know it's bad and it's going to get worse. That's not very inspiring. So we're trying to tell clearer, better, funnier or more emotionally resonant stories that give the public agency to take action.

Right now, we're doing some trial creative with a couple of different agencies and audiences. For example, last month we launched "Save Florida Man," in partnership with Joan and m ss ng p eces. It's a fun campaign that helps reframe climate change from the typical "Save the Polar Bears" narrative to a story about humans—specifically, if we don't act now, "Florida Man" will be the next casualty. 'Cause, you know, rising seas.

As we refine our theory of change, we will level up the scale of the media buys and audiences.

What does the internal creative team look like at Potential Energy, and how do they go about partnering with outside agencies?

Our internal team is a lean group of ambitious industry experts, guided by a board of advisors with tons of background in the space and an amazing group of funders who are helping us grow. From a creative perspective, we have big plans and are looking to hire for some crucial roles. But the beauty of the model is that it relies on the kindness, passion and generosity of our partners, who consistently over-deliver.

Tell us about a few of the award-winning pro bono projects you've been involved in. What did you learn from them that you can bring to your new gig?

Throughout my career, I've always tried to have at least one cause brief going at all times. It's been a delusional way to balance my karma. At Droga, Karen and I won several awards for our work on The Clinton Foundation's "Not There" campaign for gender equality, and our "Equal Payback Project" for the National Women's Law Center won the first gold Glass Lion at Cannes.

One thing I've learned working on this stuff over the years is that I just bring more of myself to the table when I'm working on something I'm passionate about. I dig deeper, I stay up later, I go out on more limbs, I cold call celebrities and pretend to be agents (this only worked once). That's probably an obvious point, but I'm really grateful to be able to focus 100 percent of my time on the thing that keeps me up at night.

How do you think your personal creative sensibility will impact the work that Potential Energy does?

It's funny, what I'm most excited about in this role is finding new ways to talk about the issue and new audiences to talk about it with. So, I might actually try to avoid bringing my personal sensibility to the work. Of course, I'll be looking for the stuff I always look for: meaning, emotion, cultural relevance, humor. But if I was imposing my personal climate narrative on the work, it would all be like, "WAKE THE F**K UP! THE WORLD IS ENDING!!!!" And that's just not effective with most people.

How critical is it for the ad industry to address its impact on the environment? And how optimistic are you that it will address it in a serious way?

So many of the agencies in the Potential Energy Coalition are making huge strides to minimize their carbon footprints. That's great progress, but there's only so much an individual agency can do. Real change will only happen when we start challenging some of our clients' tendencies to put economic growth before our kids' futures. Agencies make and break brands—they have huge power and influence to impact their clients' businesses. Those are obviously tough conversations to have, but I'm hopeful that if enough of us take the red pill and understand what's at stake, we will start having them. No one else is coming to save us.