"I always ask, 'As a consumer, why do I give a shit about this content?'"

We've been having nightmares about "Dream Thieves," a 13-minute film ripped straight out of Black Mirror, since we saw it earlier this month.

It was created by Cossette for Koho, a series of financial tools with tech-startup roots (but powered by "real humans"). We wanted to find out how it got made in the first place. And we lucked out: Jason "Jay" Chaney, Koho's chief creative officer, used to be Cossette's chief of strategy.

Alongside Cossette's current CCO, Carlos Moreno, Chaney was more than down to take us behind the scenes in a Q&A nearly as compelling as the film itself.

Check out our chat with Chaney and Moreno below.

Muse: A 13 minute-long video that feels more like a short film than advertising, and that doesn't explain the product at all, is a pretty ambitious play for a brand that feels so new to the market. Why this approach?

Jay Chaney: You're right, this film is ambitious. We are an ambitious organization. The team at Koho comes to work every day with the intention of rewriting the rules of financial services and our early customers see a better way forward.

In that, this film sought to establish the "why" behind Koho and not the "what." This is a foundational story. It's important to remember that the film is a part of a marketing system. 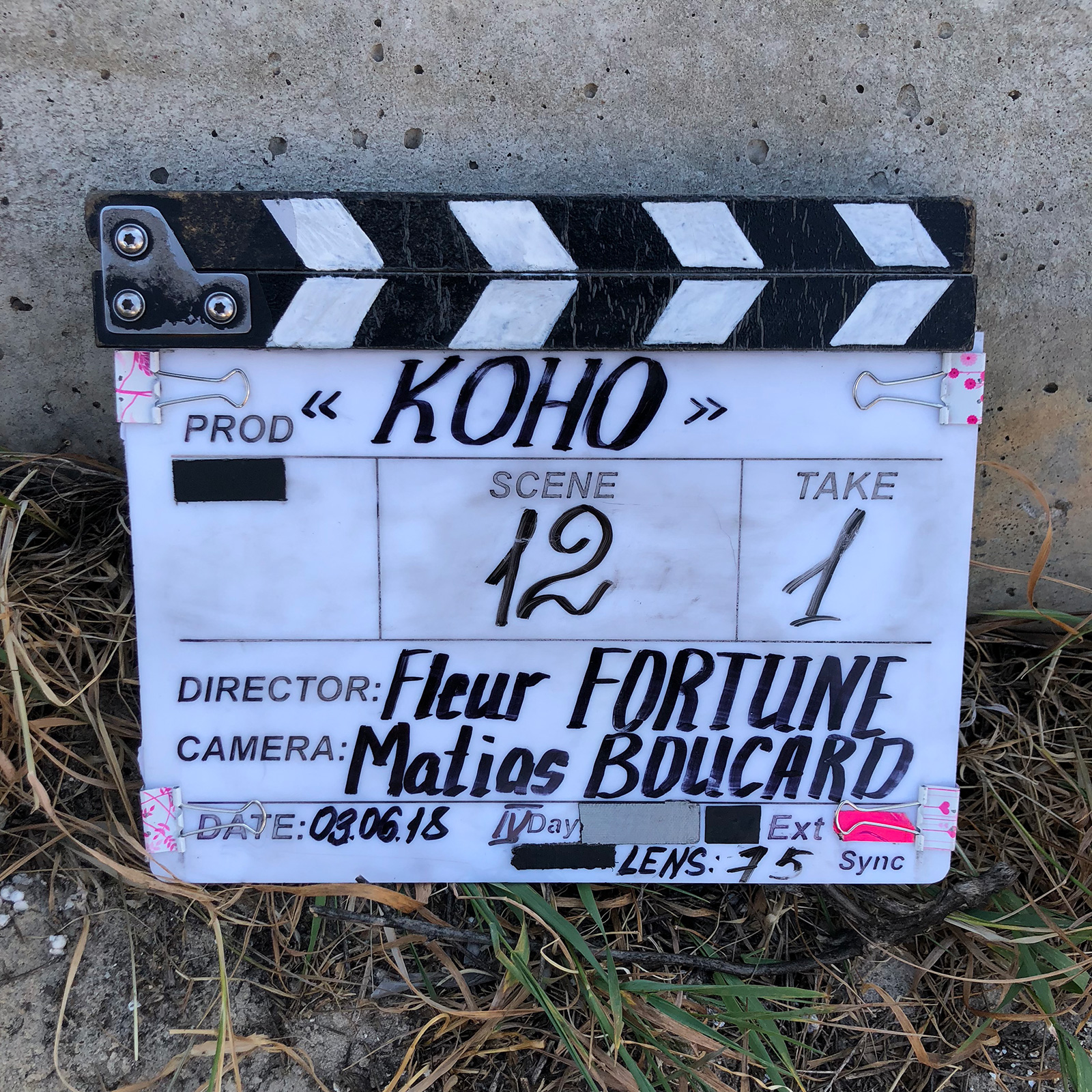 We explain the "what" in more direct mechanisms and drive emotional impact and engagement through the film. Nobody would care about or watch a two-minute film, let alone a 13-minute one, if we simply talked about what we did, particularly with little awareness ... and we certainly couldn't buy attention.

I believe that's the biggest issue facing most advertising today—most brands want to simply talk about themselves. It doesn't connect emotionally with the consumer, because it is always self-serving and consumers are tiring of that approach. Brand out is a model that should be left in the analog world where you could buy attention with enough buying power.

I always ask, "As a consumer, why do I give a shit about this content? Why would I go out of my way to spend the time to give it my attention and time?" If you can't answer that question truthfully, then why are you doing it in the first place?

Carlos Moreno: Koho isn't a traditional company, so it only seemed fitting that we created a campaign as unique as their brand. The 13-minute short film was born out of a need to disrupt the status quo, just as Koho is doing in the finance industry.

Jay, you mentioned you are the former CSO of Cossette. Why the jump to brand side? Creatively, how is it different from agency side?
Chaney: Opportunities to develop a brand from scratch don't come along every day, especially ones based on a good human purpose that I believe in. As an agency person, I was always pushing for clients to be more brave, take risks and to believe in creativity.

This was an opportunity to lead by example. I am not a natural client. And the biggest adjustment creatively is having to live with the work. As an agency person, you're working on shipping multiple pieces of work—and while you stay in contact with it, the consequences, both good and bad, do not surround you every day. 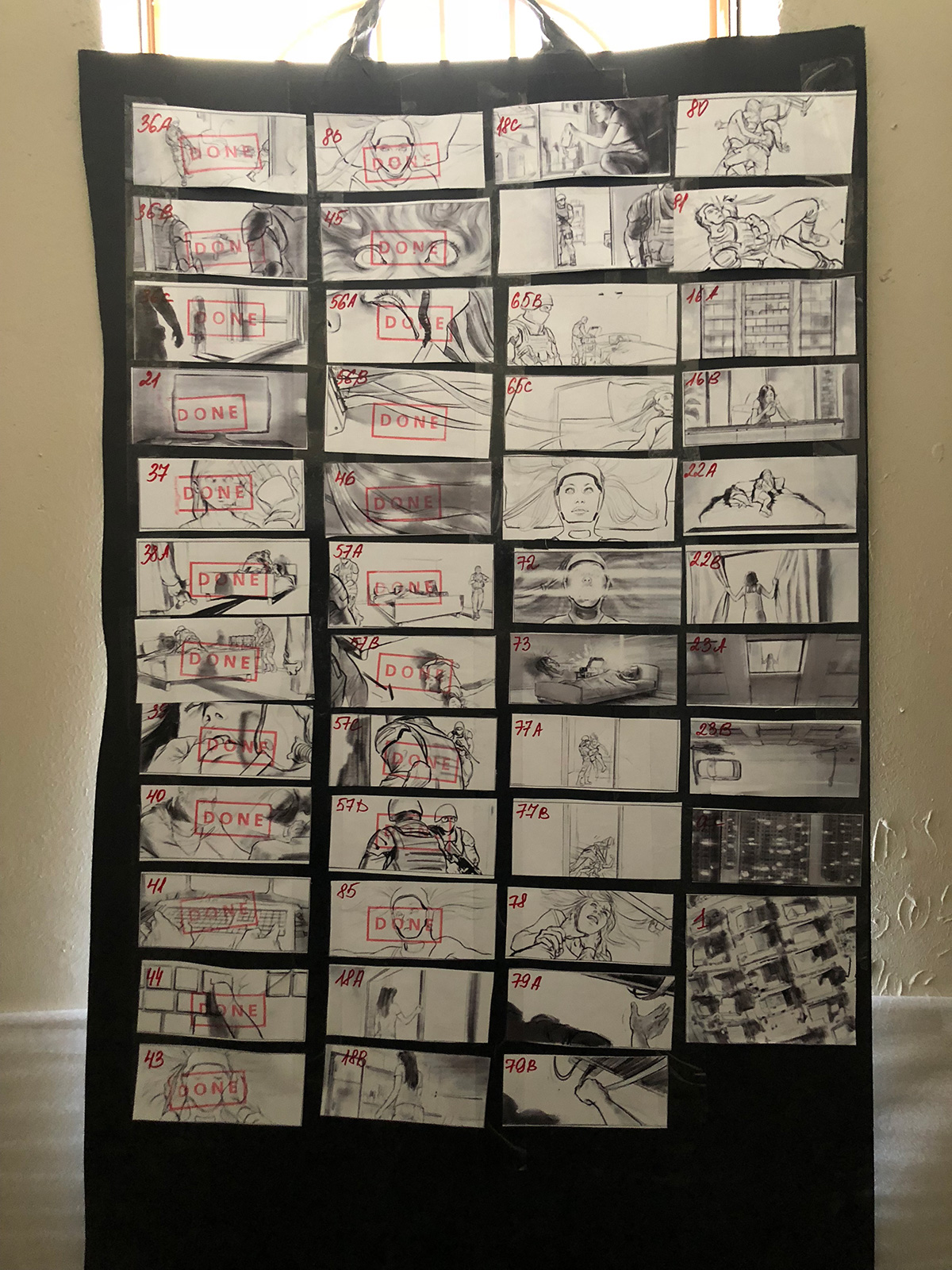 How did this idea even get into the room? Tell us what the brand wanted to achieve, and how "Dream Thieves" came out of it.
Chaney: Jaimes Zentil, Craig McIntosh, Carlos Moreno and Peter Ignazi and I have a great creative working relationship. We have a shorthand and trust and push each other. I sought to work with them explicitly because I knew they were up for the challenge of creating something epic.

[Koho content strategist] Julia Cooper and I acted as strategists on this work and briefed them through a series of conversations and a final brief. We were able to identify the territory in the first meeting and the creative execution of "Dream Thieves" together in the second. We all believed in it and saw the possibilities immediately. We were all energized by the possibilities.

Moreno: It all comes from the strategy, which was unconventional from the beginning. From the idea of Koho looking at the gamification of the system, to wanting the campaign to have that same feel of a film or video game.

We live in an age where advertising knows no boundaries. This brand film is responding to a hunger for change that is being felt globally. It is about reclaiming your dreams, dreams being overshadowed by the stress of financial woes. We wanted to give people hope and empower them to take hold of their finances in a new way.

What was on the vision board?
Moreno: Stylistically, we wanted it to feel like a music video, which is one of the reasons we worked with renowned director Fleur Fortuné. It was a strategic decision to work with the right teams, to invest more in production to create something that would really resonate.

We wanted to challenge the status quo on every front, and look to create a visceral emotional reaction to the tension that's been building in our society when it comes to finances. 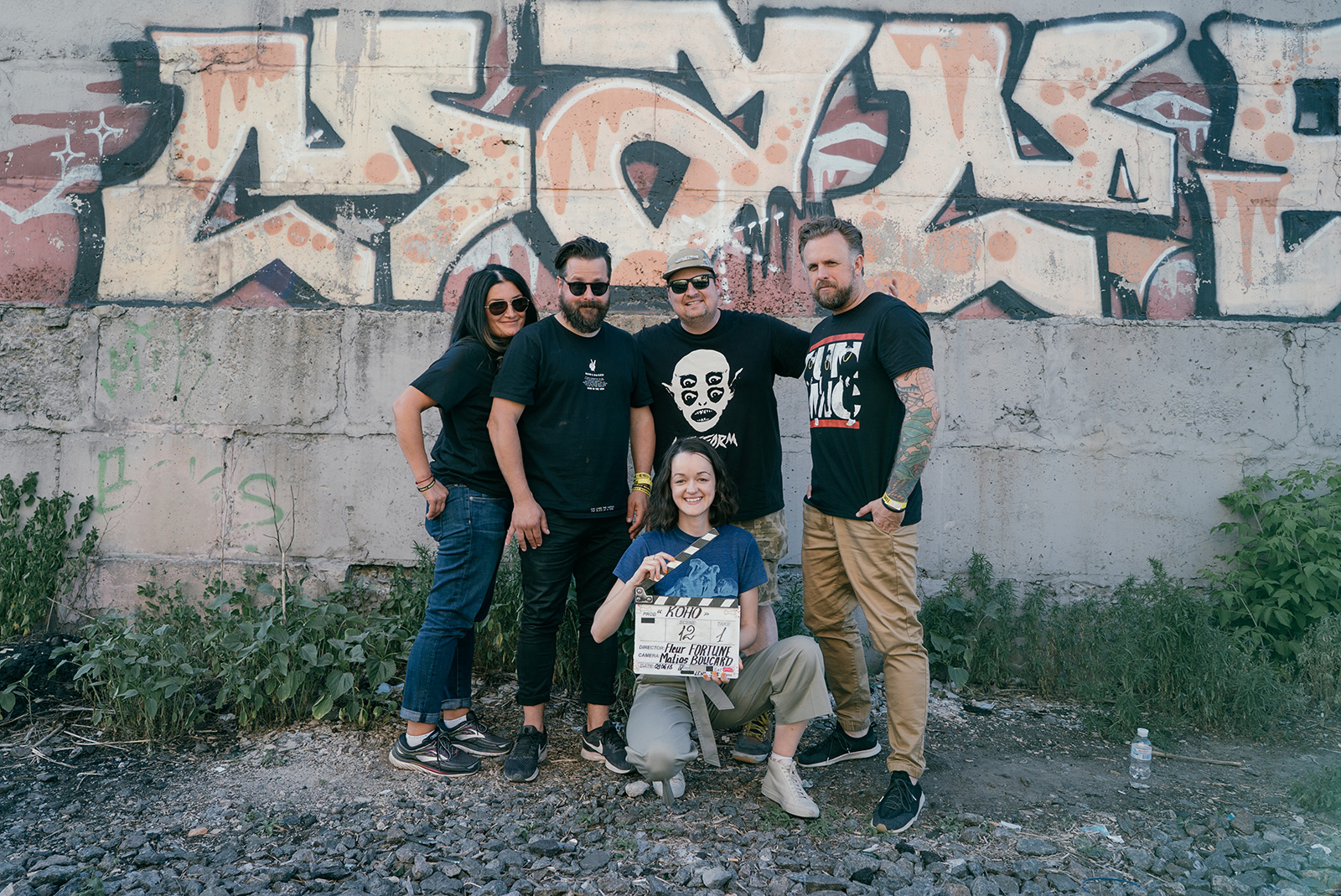 What was the most compelling reason Koho had for signing it off?
Chaney: It was different. It felt big and audacious. It broke the supposed rules of advertising and it was on strategy. "Dream Thieves" clearly sets us apart from the oligopoly that speaks in one tone and promises the same benefits. It also carves out space away from the "digital banks," owned by the big banks, who promise something different but deliver much the same. Meanwhile, it shows marketers that they have very little to fear and everything to gain through creativity. It checked every box.

How are you supporting the work, and to whom is it targeted?
Chaney: We launched the film at Fringe Fest in Toronto and are generating reach through wild postings. The two-minute version is running in theaters, which provides a perfect context for the movie. Clearly, given the nature of the content, word of mouth and PR are considerable components of the plan. We are in the process of working with Snapchat to further engage the audience in the film.

We are targeting the psychographic profile of anyone who questions the current system and/or feels there is a better way to handle their current financial reality. Our core user is 34-36, but we run the gamut on demographic usage. Secondarily, [we're targeting] people who love long-form cinematic content.

Tell us about the production process—the time it took, the unique considerations that went into it.
Chaney: From the moment we agreed to "Dream Thieves," the creative team knew Fleur Fortuné would be the right person to tell this story. Her immediate passion for the idea and her understanding of the vision nailed it for us. There was an alignment of creative expression that just made the process so smooth.

Everyone was excited because we set out to allow everyone creative freedom and to contribute what they contribute best. At every level, with every creative talent added, the story evolved and just became stronger. Fleur's excitement subsequently attracted a wealth of creative riches, including the incredibly talented DOP Matias Boucard, and energized everyone around the idea. Everyone bought into the story, which signified a universal truth that needed to be told. 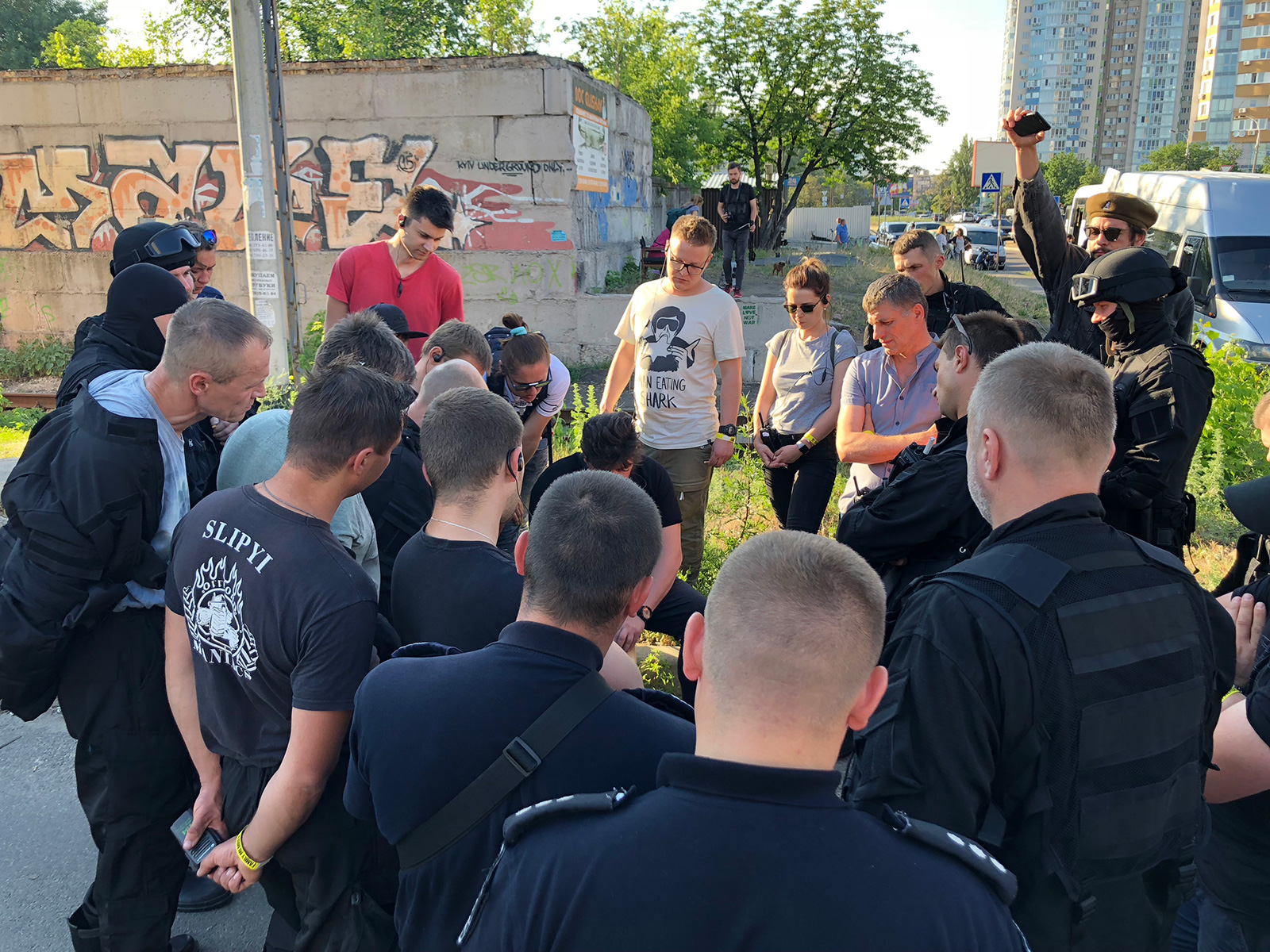 Moreno: We shot the film in Kiev, Ukraine, over the course of 4 days, which was exciting and challenging all at the same time. We chose the location for its aesthetic—very dystopian and dark, yet hopeful and beautiful. Despite the complications of working abroad with crews in multiple time zones, collaborating directly with the Koho team—and being on-site together—allowed us to push boundaries as a team.

How are you measuring the success of "Dream Thieves"?
Chaney: First, we are obsessively focused on our core business metrics. Cost of acquisition, organic acquisition and speed of adoption are primary metrics that we are monitoring to measure success.

Second, brand metrics such as brand awareness and brand trust are good long-term indicators of business success. Finally, we are looking for the effects on HR matters, hiring and team satisfaction. This film has further galvanized an already cohesive team—the word "pride" is used regularly internally. We are getting contacted by talented people from all over who want to work with Koho simply because they have seen the film.

By all measures this campaign is overdelivering already in the first few weeks. I am excited to see where this take us. 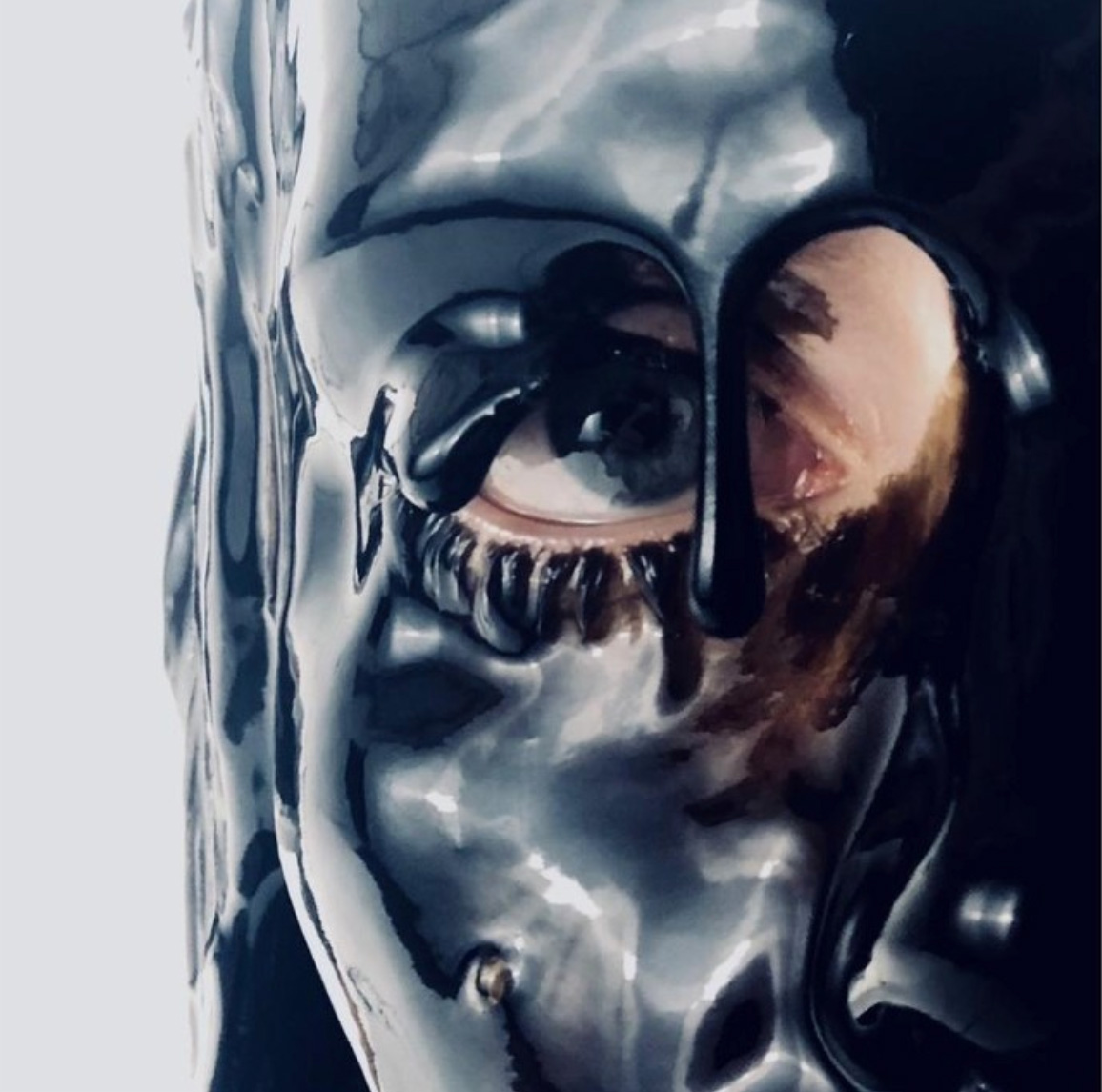 You leveraged YouTube reviews in your last article. But, here is the most interesting so far: "I downloaded instantly because your 'wake up' video on youtube made me cry, I didn't even know what the app was for"—Andrew T.

Many people in the industry are confused by the approach, because it is new and different. But it is based on human understanding, and it is working across all measures.

What else don't we know about "Dream Thieves"?
Chaney: We are communicating that the system, which is insanely profitable for the banks, is broken and that it no longer serves the people it was originally created for. The hero of this story is anyone who wants to change the system, which includes Koho but extends to other startups and established financial companies.

The completion rates on both the 13-minute and the two-minute versions are well above industry norms as well as my own personal expectations.

People are drawing parallels to "1984," which makes sense because that ad was why I got into this business in the first place. It taught me that change is good and that different is good. Principles matter; "rules" not so much.