More than 60 ad agencies, media, PR and production companies have come together to support Brave Camp, a summer camp happening in California in July, organized by Today, I'm Brave to empower underserved BIPOC pre-teens to take on life's challenges and unlock their inner bravery.

Today, I'm Brave is seeking more agencies who would like to help by sponsoring a camper for $1,500. So far, agencies of all shapes and sizes—from indies to global shops—as well as other industry organizations, including the Clio Awards, have pledged their support.

Scroll down to the bottom of this story to see a full list of sponsor companies. And to join the effort, visit the Today, I'm Brave website. 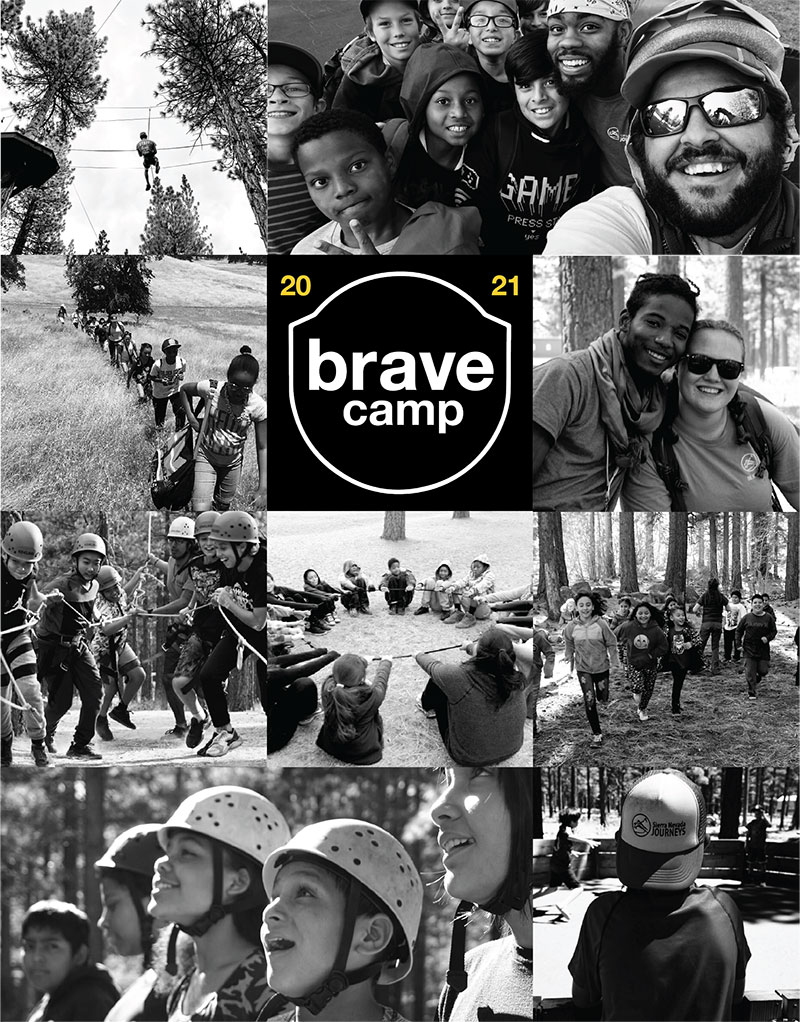 "Brave Camp is really about bringing creative and industry professionals together to make this an incredible experience for children," Today, I'm Brave CEO Lindsay Stein tells Muse. "Camps are so expensive, and they shouldn't just be for the privileged. It helps with leadership and independence and creativity. It's so good for mental health. And these children would probably never have this opportunity to go otherwise."

Stein, the former editor of trade magazine Campaign U.S., worked to bring Brave Camp to life with David Angelo, founder of David&Goliath, whose own experience working with children in Sierra Leone led to the creation of Today, I'm Brave.

"I come from a big family, and I've always wanted to create a camp environment for kids that would inspire them to take on big things in life, knowing they'll be better off for it," Angelo says. "Lindsay established the pillars [of education, DEI, and health and wellness] that we have right now for Today, I'm Brave. She said, 'What if we take this Brave Camp idea and make it really focus on the health and wellness of today's underserved teens?' I thought that was a brilliant, brilliant idea. Everything has been flowing from that idea."

As summer camps so often are, Brave Camp is expected to be a transformative experience for the kids taking part.

"We've built a Brave curriculum, which we've tailored to the group we're working with," Stein says. "The counselors are experts in social and emotional learning and child developmental psychology. Each day there will be a theme around things like uniqueness and empathy and togetherness. It's a mix of deep emotional journeys though things like mindfulness and yoga, as well as some really fun stuff kids would normally do—mountain climbing and playing sports and all of that."

The week will culminate with a talk from Angelo himself.

"These are the kids' developmental years. It's a great opportunity to work very closely with them to give them hope that the world can be different; that they can be different. That they can unlock the superpower that resides in all of us, and apply that no matter what challenges they're up against," he says.

The curriculum is loosely based off of what Angelo started in Sierra Leone with the kids there.

"It's a combination of self-discovery, really getting them to have a clear idea of who they are and what they stand for, and be able to sort of create from that. And then bringing a mindfulness through meditation and yoga," he says. "The Dalai Lama once said if every child out there meditates, there'd be no wars. We really believe that can become an ongoing practice for them to tap into that higher strength and higher bravery. We're going to give all of our experience, all of our wisdom, and all of our love to help them unlock their potential."

The team will be recording many of the activities for a planned documentary. Stein says they'll also be doing pre- and post-qualitative research and surveys with the children as they look to expand the program.

"The goal is for this to be sustainable so we can keep going, keep bringing these children back as well as other children back," she says. "We want to see what they're bringing back to their community as well. Are they being bullied less? Are they standing up for other people who are being bullied? Are they doing better in school? Are they making friends easier? Are they making friends in their foster care easier? As time goes on, we want it to be something we can build out and hopefully bring to other camps throughout the country, eventually."

The involvement by the ad industry is critical, not just financially but morally. Angelo and Stein have both been deeply embedded in the industry for years, and they see mobilizing broad support from agencies and others in the business as way for the industry as a whole to give back.

"One of the things we talk about is, when you achieve a certain success in life, you reach a point where you have two choices: Do you keep chasing success, or do you pause and take a moment and try to share that with others, so they have the opportunity to achieve their own version of success?" Angelo says. "This program gives those teens permission to believe that even though they're underserved, they can be the greatest outliers in the world. Every single person out there has someone in their life who's played a role in their growth. It behooves all of us—all of us—to remember that and play a role in giving it back."

You can help Today, I'm Brave by sponsoring a Brave Camper here. And below, see all the companies that have donated so far.

(This list will be updated as more sponsors join the effort.)