Curtain up? Light the lights?

When Broadway theaters closed in 2020 amid the pandemic surge, 90,000 folks lost their jobs, and New York City suffered an economic hit estimated at $13 billion. Now, implementing strict health precautions as the Delta variant stirs fresh concerns, NYC theaters are raising their curtains after an 18-month hiatus.

To celebrate and drive attendance, The Broadway League, Lucky Generals and Resolution staged a show-stopping campaign.

A gala film anchors the initiative, with narration by Oprah Winfrey and archival highlights from 100 productions old and new, ranging from Hamilton and Wicked to Cats, A Chorus Line and Rent. You'll spot Lin-Manuel Miranda, Sara Bareille, Bruce Springsteen, Angela Lansbury, Ethel Merman and Hugh Jackman among hundreds of luminaries.

"This is Broadway, where time stops every time a show starts," Oprah begins. "This is the return of something truly spectacular. And live is more alive than ever."

Winfrey, who produced the Broadway musical version of The Color Purple, continues: "This is where love fills every stage, every space, every heart. And this ... this is where we dance. Where you know you'll always get goosebumps. This is Broadway—and we can't wait to welcome you home!"

It's a stirring, sincere tribute to a great American art form, home to vibrant, evolving styles of music, comedy and drama that for more than a century have helped shape the entertainment landscape. Two shows, Hadestown and Waitress, have reopened so far, though Covid concerns persist, leading some to question the comeback's viability, at least in the short term.

Per its creators, the campaign "establishes a consumer-facing brand and visual identity for Broadway theater as a whole," unlike the industry norm of hyping individual productions.

Edits of the anthem film will run in NYC subway and bus stations, taxis and WiFi kiosks, on screens in Times Square, and on YouTube, Facebook, CNN, The New York Times and other platforms.

Here's a selection of other campaign elements: 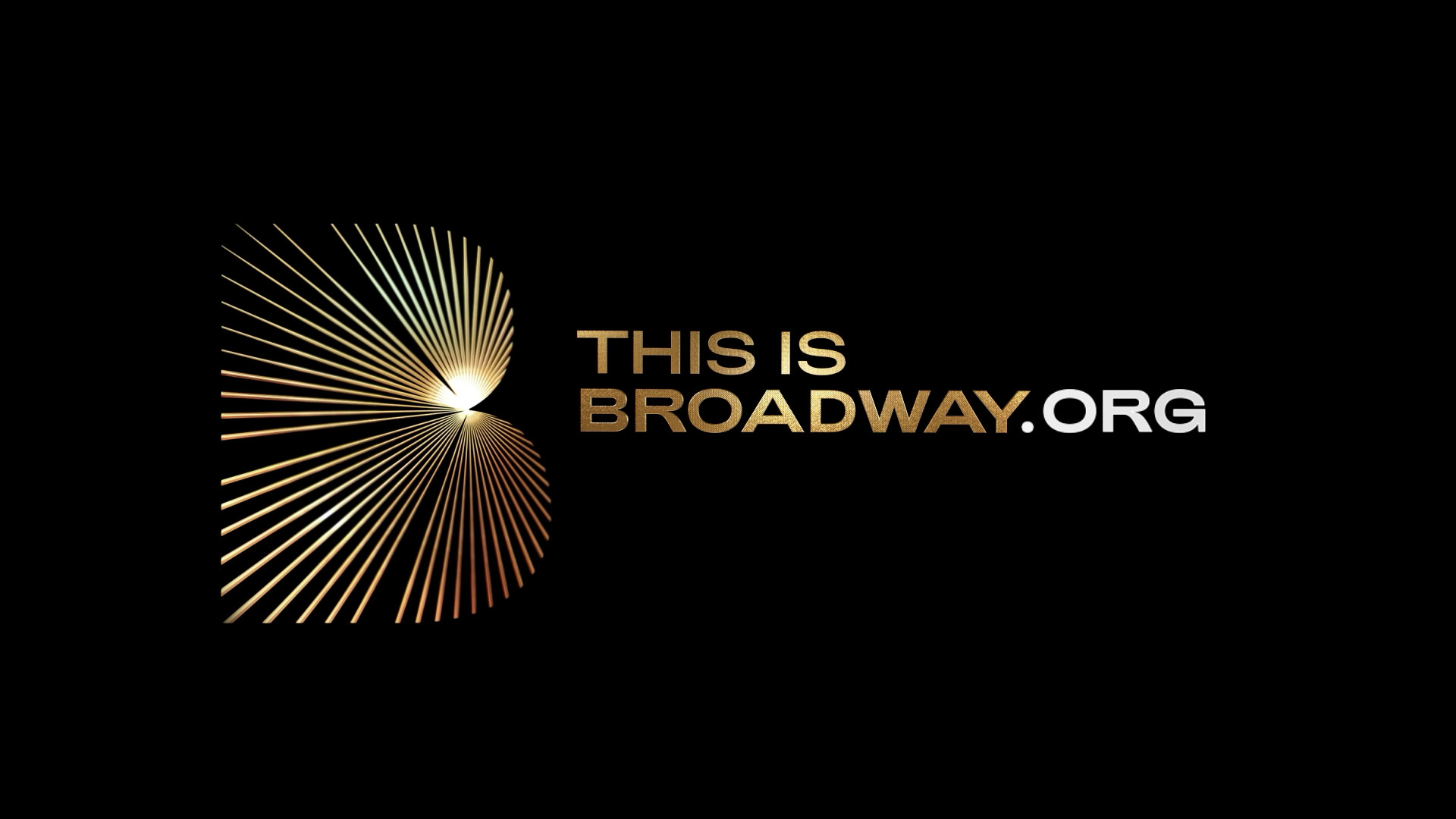 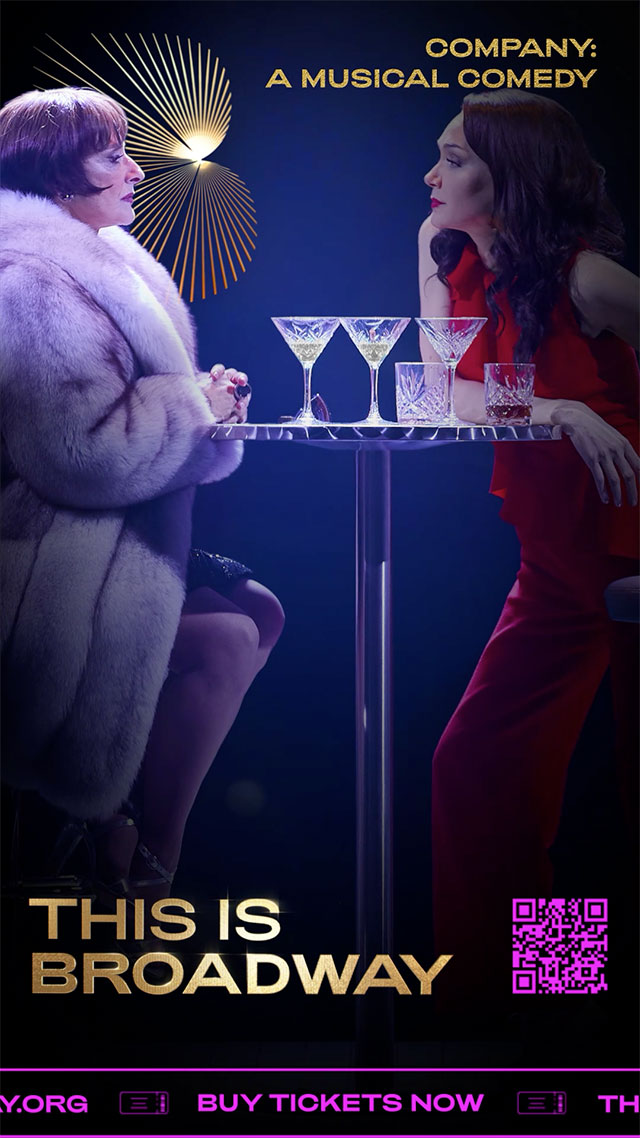 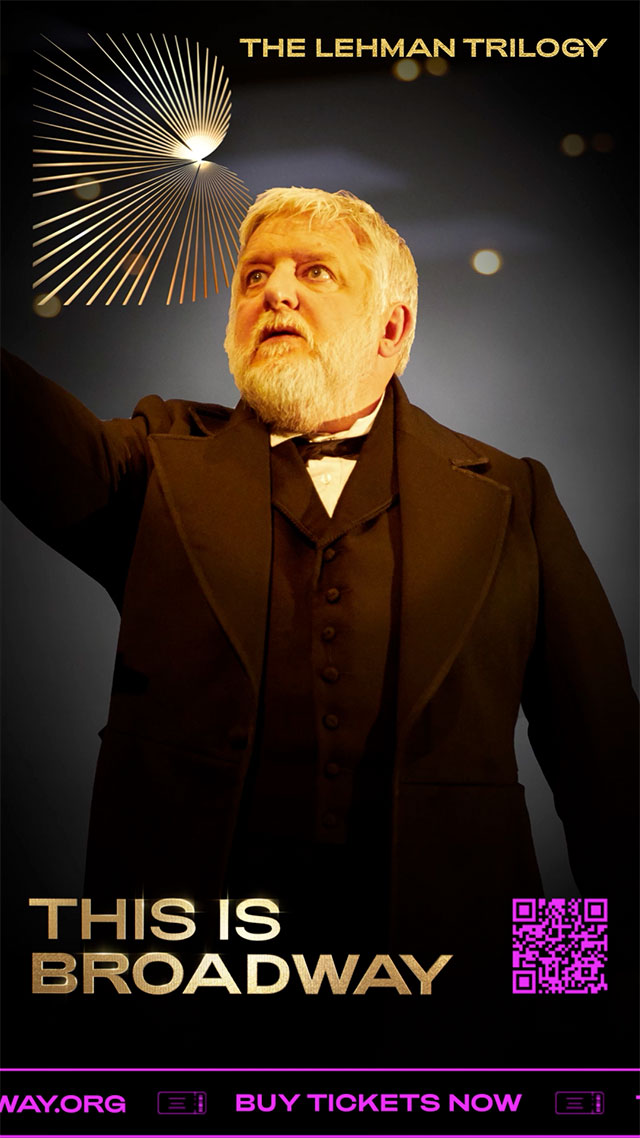 "Broadway’s impact is felt far beyond the reaches of NYC," notes Lucky Generals strategy partner Jess Roubadeaux. "We sought to create a design system and campaign that could capture its distinctive brilliance, while leveraging a data-driven framework to guarantee audience engagement."

The work drives audiences to thisisbroadway.org, a clearinghouse for information on Broadway's return and various shows, plus safety updates.

Among other recent efforts to support industries hard hit by Covid-19 closures, Jägermeister and Post Malone teamed up for indie music artists and venues. At the height of the pandemic, Broadway talent frequently performed online, with the cast of Sing Street making a splash on Facebook Live after Covid quashed the show's IRL premiere.