7 Great Ads That Remind Us Everything We Miss About Broadway

Ask any Broadway fan what their first Broadway show was and you'll get a detailed answer lickety-split. It's hard to forget the first time the curtain came up and you were introduced to the magic of real people bringing the stories, music and movement of the stage to life.

But don't stop there. Ask a theater lover what TV commercial or poster they love and you'll get an answer just as quickly. The Cats commercial with dancing eyes. Young Cosette as the face of Les Miserables. The Phantom of the Opera mask. They're all iconic Broadway brands that caught the world's attention when they were introduced, and remain instantly recognizable today.

They're also the work of Serino Coyne. We've been innovating since 1977, when we opened our doors as the first live-entertainment ad agency in the world. We created the first-ever television spots for Broadway shortly thereafter. (The commercial for Pippin broke the ground.) Today, we are a full-service advertising agency that includes creative, media planning and buying, social content and strategy, and experiential and partnership marketing.

Although Broadway doors are shuttered for now—Broadway performances are suspended through May 30—seeing our work at theaters throughout Times Square during this difficult time makes us hopeful for the day when seats can be filled again. That day can't some soon enough for us and our clients, including the Tony Award winners Ain't Too Proud—The Life and Times of The Temptations, Wicked, Dear Evan Hansen and every Disney show on Broadway, including The Lion King and Aladdin.

As we look forward to Broadway's return, we asked several of our friends in the Broadway community to look back and share their own memories of favorite Broadway ads we created. As you'll see below, their answers make us very eager for the day when Broadway's bright lights shine once more.

Rachel Sussman
Tony-nominated producer (What the Constitution Means to Me) 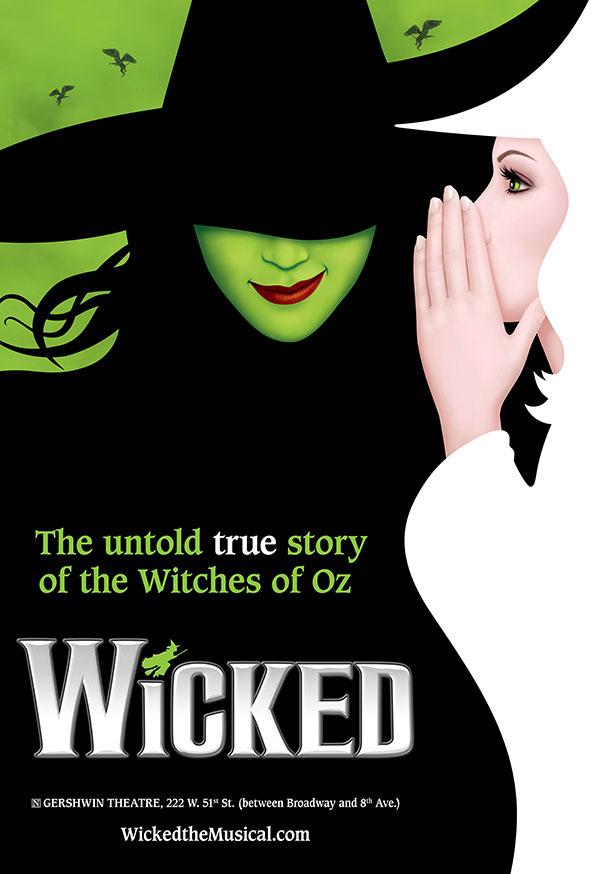 I will never forget seeing the artwork for Wicked. It was 2004, and as both a fan of the Gregory Maguire novel and a huge theater nerd, I decided to purchase the Broadway cast recording in my hometown of metro Detroit. The image is still seared in my memory: the mixture of green and white, Glinda whispering in Elphaba's ear while only a smirk is visible on Elphaba's face and the perfectly positioned witch's hat concealing the rest. It was bold and arresting, a nod to the Wicked Witch of the West we all already knew, and yet made one insatiably curious to know what the secret was and why they were whispering. Wicked became my first Broadway show a few years later. To this day, I feel the artwork was an extraordinary entry point into that strange and wonderful world of Oz.

What the Constitution Means to Me 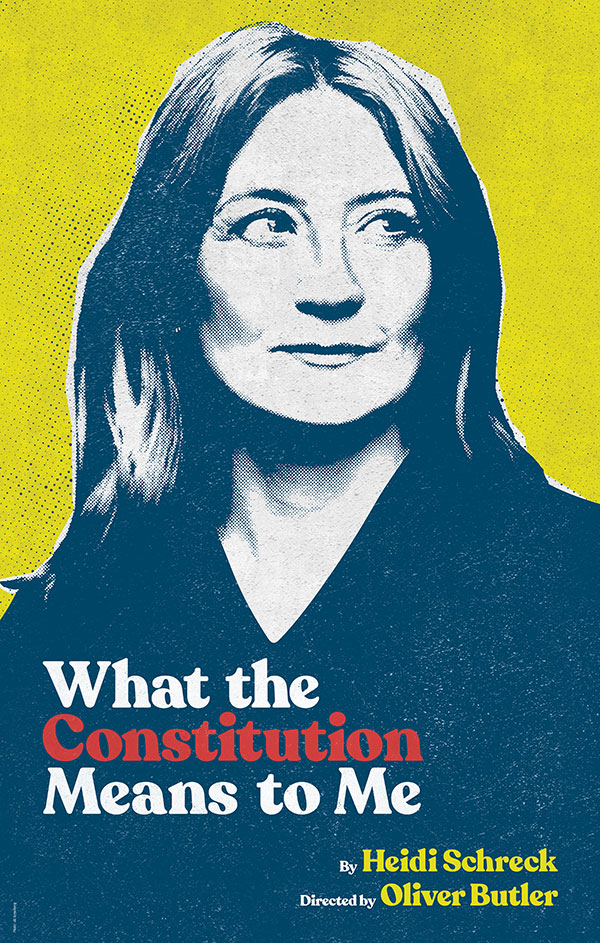 I'm biased, because the play is my favorite of the decade and quite possibly all the decades, but the art for What the Constitution Means to Me is my favorite Serino Coyne piece. Its use of Constitution Yellow (™ Heidi Schreck) as the background is such a moving reference to the yellow blazer the playwright-star wears in the show. But obviously what gets me most is the look in her eye. It's towards something, but what? "The future" is an obvious answer, but I'm taken by the ambiguity of her gaze. Is it filled with anger, weariness, or possibly some hope? That is also exactly how I felt when I walked out of the theater after seeing this play—all [redacted] times. I am reminded of that very feeling looking at the poster now.

Jawan M. Jackson
Actor (Melvin Franklin in Ain't Too Proud—The Life and Times of The Temptations)

One of my favorite Serino Coyne TV spots has to be the campaign for Porgy and Bess. It was the best representation of excellence displayed for the world to see. The incomparable Audra McDonald and one of my favorite people, Norm Lewis, were the face of the show, along with so many industry heavy hitters. What I loved about the commercial was how it opened with Audra's voice and grabbed your attention immediately, followed by different vignettes from the musical. When I watch it, I'm overyjoyed for friends who were a part of that production because they were part of a master class. 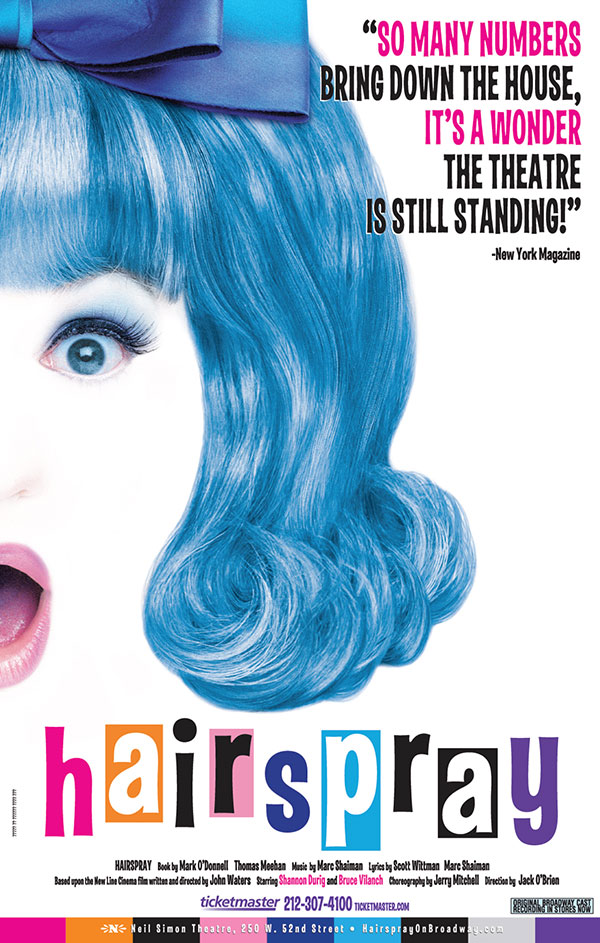 As a young account executive at Serino Coyne, one of the first shows I had the opportunity to work on was Hairspray. I came to the agency already as a major fan of the show, and much of what I learned from my mentors in those early years was about the strategic thinking that goes into the development of the key art for our Broadway clients. The artwork for Hairpsray has become iconic, and is a great example of that strategic execution.

Of course, and perhaps most importantly, it does a fabulous job of exuding the infectious energy you experienced inside the Neil Simon Theatre. But it also does a great job of alluding to time and place through the choice of color and typeface, while still staying contemporary in design style. Foreshadowing the show, it welcomes you to the '60s and invites your curiosity about what's happening in the life of Tracy Turnblad. In the artwork, her skin is reduced to negative space, a smart and sly reference to the message Tracy carries: that nobody should be treated differently because of the color of their skin. 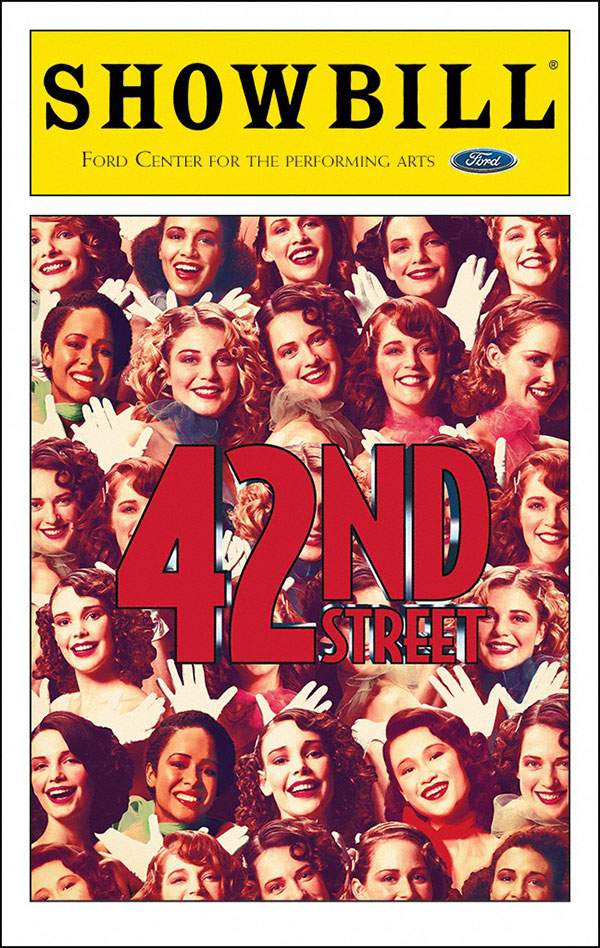 The 2001 revival of 42nd Street loomed large in my imagination before I had ever even been to New York City. Then, after I had been to Broadway for the first time and actually seen the production at the Ford Center for the Performing Arts, the show towered on in my memory. A significant part of the reason the show hit me in this way both before and after I experienced it was its glamorous, bright-eyed, show business-infused artwork. The chorus girls who appeared on the poster, the Playbill, and the advertisements for 42nd Street, all of which I'd collected, were the perfect manifestation of the spirit of the musical. They represented the hopes and dreams of the characters, which I related to passionately, and yet they were also realistically depicted to be from the 1930s, when the show was set, adding a special New York City mystique. Looking at this pitch-perfect image representing the musical, hanging in a frame on my wall, made me viscerally relive the experience of seeing the show, and made me long to return to Broadway.

The Serino Coyne TV spots for Grand Hotel rank as my all-time favorites. The primary ad features breathtaking footage of Tommy Tune's visually rich musical and its stars, and matches the unforgettable motion of the show. Just stunning. But the legendary follow-up spot came late in the show's run, when a Queens grandmother elevated the tried-and-true audience reaction format (and became an instant icon) with an over-the-top review of Cyd Charisse. She's prodded on by a sly Serino Coyne producer, who reacts to Paula Glogau's praise with, "So you didn't like her very much." "I LOVED her," Glogau bellows with New Yorker grit. "I'm going to see it TWICE more, as soon as I can get tickets. My husband works in this area." It's all so New York and so unforgettable. A TV spot made on a shoestring budget that true Broadway fans still talk about almost 30 years later. Genius.

I grew up in New York and New Jersey in the days of just three major networks, so Broadway commercials were a constant presence. On daytime TV after school, the Sweeney Todd spot leapt out—even, or maybe especially, to this high school student—for its combination of humor, creepiness and go-to-hell gore and gusto. Somehow it just seemed cool. It sent my friends and me first to the record store for the album to hear just what the hell this show was, and then to the show (on twofers), where, of course, it clobbered us in every way the spot had promised, and more. It's still my No. 1 show of all time, and that started with this commercial. 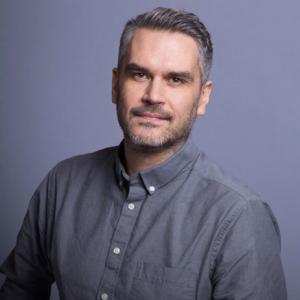