Plus, her favorite place to see a show and her love of old people 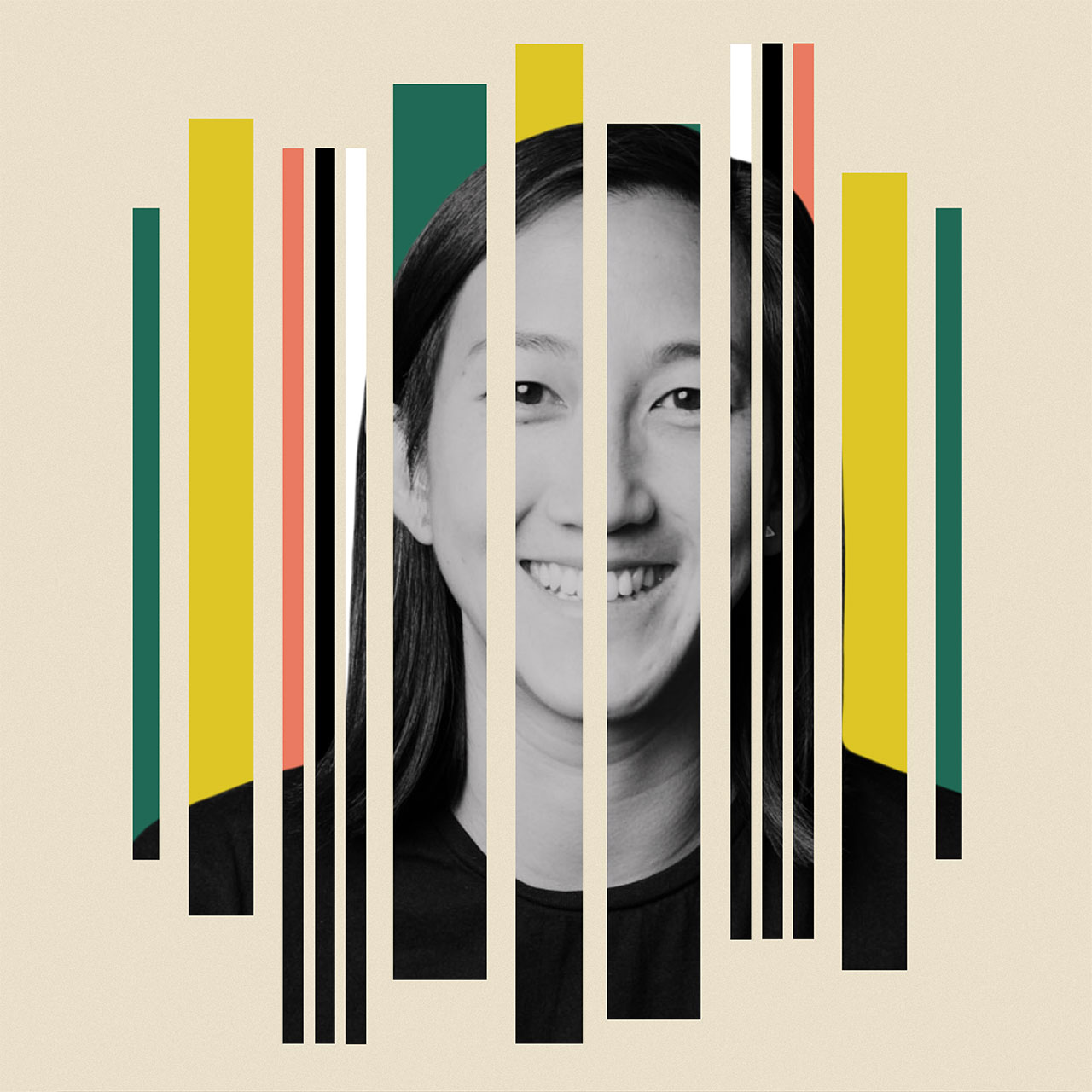 Tiffany Yu is head of music at WeTransfer, where she accelerates the company's support for artists and its ongoing commitment to showcasing creative ideas via WePresent, the editorial arm of WeTransfer.

In this role, Tiffany builds out WePresent's music strategy and oversees projects from emerging young talent to renowned artists. In her time at the brand, she has played a key role in digital marketing initiatives such as A Message From Earth and Mr. Wash.

Prior to WeTransfer, Tiffany was vp of digital marketing and innovation at Three Six Zero Group, where she used technology to create innovative campaigns for artists including deadmau5, Frank Ocean and Calvin Harris. Before that, she was a digital marketing manager at Red Light Management, working with COO Bruce Eskowitz for artists including Lionel Richie, Steve Angello and Giorgio Moroder.

We caught up with Tiffany for our Liner Notes series to learn more about her musical tastes and journey through the years, as well as recent work she's proud of and admired.

I grew up in a suburb of San Diego called Scripps Ranch. It was a tough place to be a weirdo. I like to say I spent my formidable years in New York, and I live in L.A. now.

Learning to rollerblade to Ace of Base in my friend's backyard. I'm sure I annoyed my friend's family and neighbors.

Oh God ... this is by no means reflective of my music taste today, but my first concert was *NSYNC in 1998, supported by Britney Spears. We went for a friend's birthday celebration, and her mom went all out. We even arrived in a limo.

I absolutely love and will always love Mariah Carey. Her music is the most versatile around the world. Any time. Any place. Whether it's a sweaty club or a karaoke bar, it's always great.

GoldLink is another favorite. He fuses substance, jazz and hip-hop well. Diaspora was such a moving record for me. More recently, I've been listening to Kelly Lee Owens and been finding her new album Inner Song really inspiring.

Recently, I've been using a Dutch app called Radio Garden. It allows you to listen to independent radio stations from around the world, by spinning the in-app globe. I jump around from the U.K., Germany, Seattle, New York and San Francisco.

I browse shows on WWFM while I work. I frequent Debora Ipekel's show or Coco Maria's show. It's all music I don't recognize and it's refreshing. These days, I like inhaling new music but training the brain to not skip around.

I also follow a couple of Instagram accounts, like @taleofclubs, that ID tracks from crazy parties around Europe. From there, I'll go on a journey of discovery, disappearing into a black hole of mixes, origins of tracks and then diving in deeper to see who else played at those festivals or venues.

That's easy, it has to be going to see a rock concert at the Gorge Amphitheatre in Washington. In college, while at UC Davis, I took a road trip to Sasquatch Music Festival—about a 14-hour drive. There was a defining moment when I knew I wanted to work in music, and it was when I woke up, got out of my tent overlooking the Columbia River, and heard a guitar strum for soundcheck. I was sold. Later that evening, Nine Inch Nails was quite spectacular.

Is it awful to say Prodigy "Smack My Bitch Up"?! I love the twist at the end, and the pacing is jaw-dropping. Also, Prodigy. Legendary and always pushing the edge.

On the other side of the spectrum, I think Peter Gabriel's "Sledgehammer" is wild and very out there for its time. I oddly always remember the fruit face shot in the video. Now it makes me think what that video would be like if TikTok had existed back then.

Showtime did this mini-docuseries on Rick Rubin's Shangri-La and it was magical. I went there once to simply drop something off to a past artist I worked with, and there is definitely a very sacred vibe to the place. You can feel it watching the show.

As for a podcast, RA Exchange is really good. I like listening to artists you wouldn't normally hear from. The interviews range from hearing artists talk about their confidence playing with other artists, to production, genre fusion and music experimentation.

I really enjoyed the story we did on WePresent about Mong Tong, a psychedelic duo from Taiwan. I have a very romantic view of Taiwan. I was there last fall and loved everything about Taipei. It's like Mexico City and Japan meshed together. You have the markets and grit of one place and then the order and detailed influence of another.

I also love psychedelic rock music. There are so many subcultures in Taiwan and really all over Asia. When I listen to Mong Tong, I yearn to be part of that subculture and scene in Taipei. I also loved how my team really stretched to find a writer and photographer who are embedded in that culture. I'm really proud of the team I'm a part of. We never stress or worry about working with creatives all over the world. 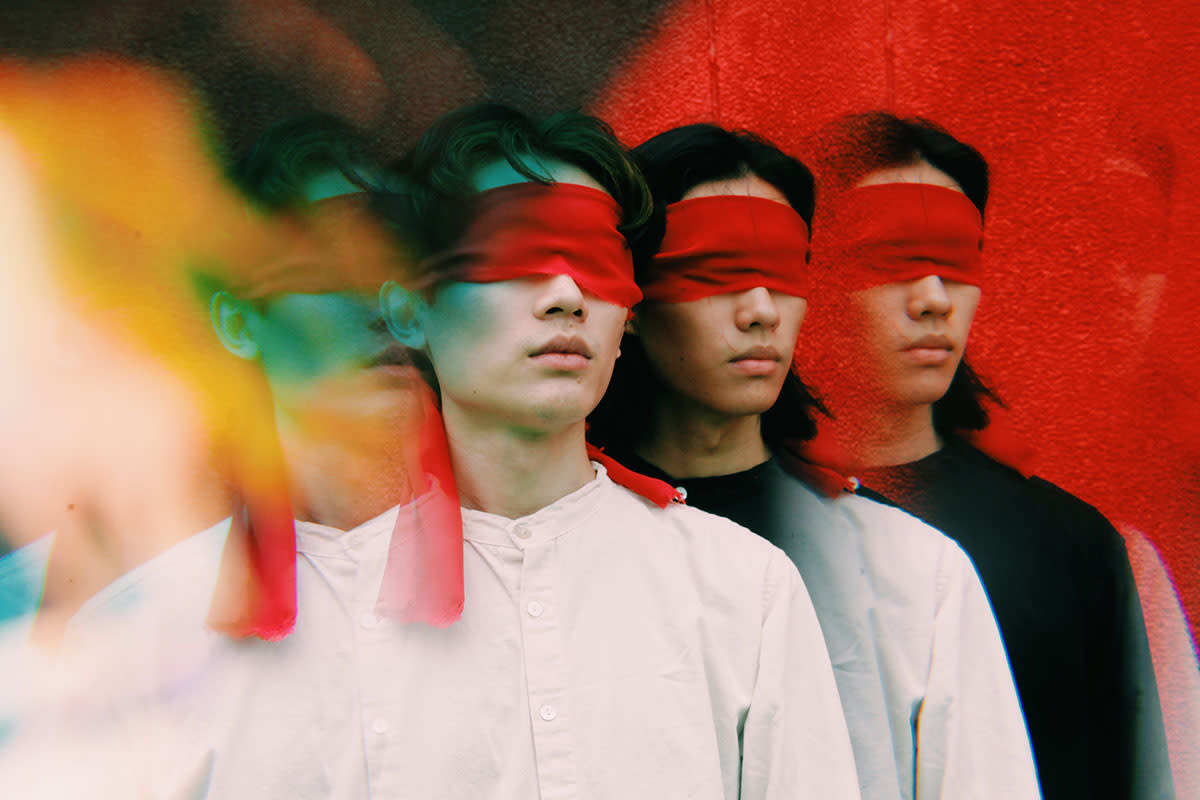 Photo by Manbo Key for WePresent

Michaela Coel's show I May Destroy You is a project I love. I admire her. The writing within the show is flawless, and I like that she stood up for herself and what she's created. Having it on HBO means something, her experience means something, the relationships in the storyline are all meaningful. Every episode shows me something I should be aware of and it's deeply honest. This is the year we reward people with creative freedom. Everything needs to revolve around having substance.

I'd say, think it through and don't just ask for money. I like it when musicians come to me with a story and an experimental idea they're going to do with or without WeTransfer. An example of that is the project Grimes did for her song "You'll miss me when I'm not around." She filmed a video on green screen, suggested using Blender, an open-source 3D creation suite, and gave the video and track out for people to create what they wanted. She also never gave any time limit. I loved it. I supported it because the technology might not be within our WeTransfer product suite but tech should also be collaborative and she shared her creativity with no limits around it. Basically, don't feel like you need to change your release campaigns and announcements to how you think our brand can fit in. YOU are part of our brand.

Musicians are artists. They are artists because their vision is extraordinary. It's best to look at artists for who they are and not as a commodity. For brands, think about how your product or presence furthers their vision. It's supposed to be hard. I've been lucky to have worked in music for a while and understand that the relationship between a brand and a musician needs to be authentic. There are so many critics out there who will call you out if it feels forced. It best be real at the get-go.

It really can heal you, it can make you feel less lonely, it can make a moment a moment. I had a conversation with my teammate Alex Kahl about an upcoming project we're working on. We talked about how Jimi Hendrix had his instruments tuned in 432 Hz, which is very specific. Apparently, in the 1800s, the Italian composer Giuseppe Verdi professed that 432 is mathematically consistent with the universe. It's still believed to release emotional and spiritual blockages. The story will be out this month on WePresent.

I've thought about this a lot and I probably would've gone into geriatrics and worked at a retirement community. I absolutely love old people. In college, I hung out at a retirement center a lot and taught chair exercise classes. I found one of our latest projects on The Villages to be fascinating. I value what the older generation talks about, how they talk about their experiences, and how brutally honest they are. Side note ... a couple of my favorite Instagram accounts are @pastagrannies and @wantshowasyoung.