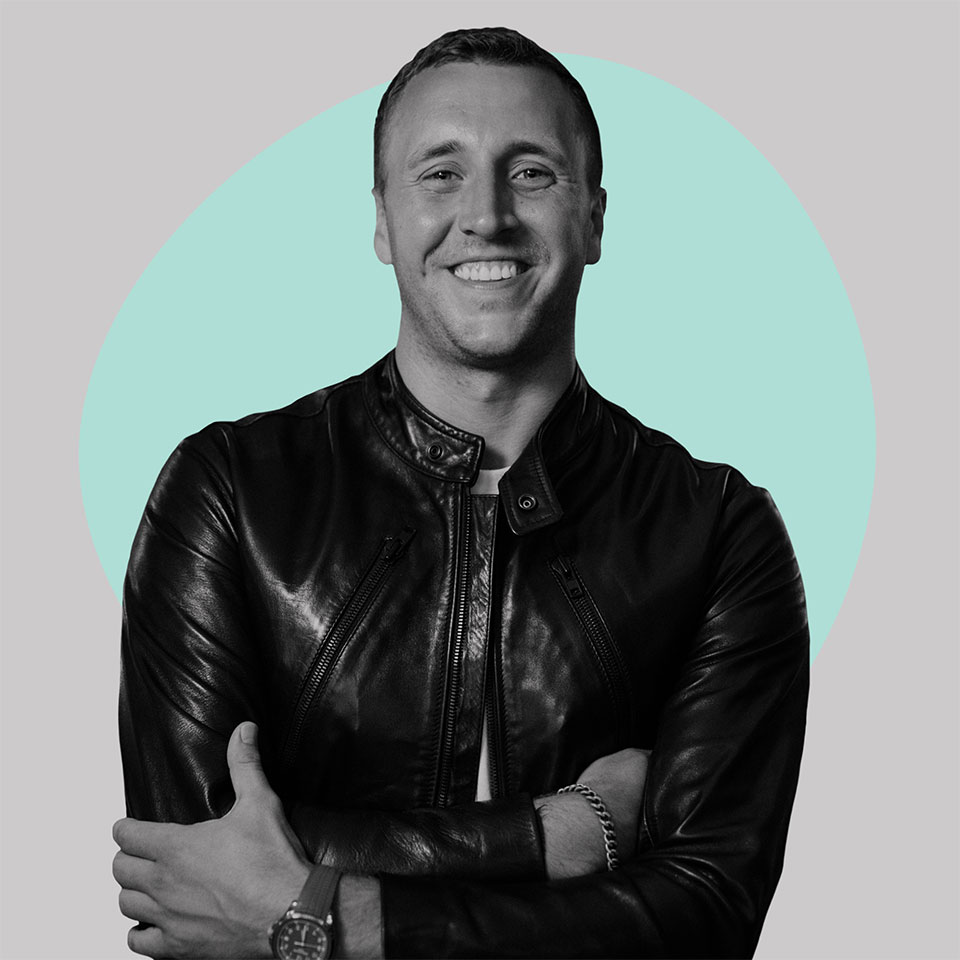 Ethan Hallowell is an entrepreneur and partnerships executive working at the intersection of entertainment, technology, sports and more. In his current role at SiriusXM/Pandora Music, he plays an integral part on the artist and brand partnerships team overseeing the full process of experiential activations with all key stakeholders—from talent procurement, branded activations and sponsorships down to physical on-site execution at large-scale concerts as well as major cultural and sporting events.

He also owns and operates L4 Projects—a diversified entertainment and media consulting firm with ventures integrating music, film, pop culture, television, sports and technology. Through L4, Ethan has helped manage strategic partnerships for i am OTHER—a multimedia creative collective created by Pharrell Williams—primarily with regards to their charitable efforts. This includes Black Ambition, an initiative working towards closing the opportunity and wealth gap through entrepreneurship.

We caught up with Ethan for our Liner Notes series to learn more about his musical tastes and journey through the years, as well as recent work he's proud of and admired.

I grew up on Mercer Island, Washington, a suburb outside of Seattle. Much of my DNA and who I am today I attribute to my PNW roots. These days, I am about as far away from home as you can get within the U.S. as we've recently moved to Miami. Weather may be a bit nicer here but home will always be Seattle.

My earliest music memory is my parents taking me to see Elton John perform at Key Arena in Seattle. I was maybe 10 and in absolute awe of Elton so much so that I begged my mom to put me into piano lessons so that I could be just like him someday… that lasted all of a week when my piano teacher quit on me for a real lack of artistic talent and focus. So I had to find myself another career path in the music industry!

Your favorite band/musician and what you love about them.

Being from the birthplace of grunge I hate to be cliche but much of my childhood was spent around the music of the area. Pearl Jam, Nirvana, Temple of the Dog all hold special places in my heart. With that, maybe it was the gloomy rain cloud following me for 20 years but I have always gravitated towards edgier singer-songwriters. Right now Zach Bryan, Dermot Kennedy and Fred again.. are on heavy rotation and have me reenergized about the future of music.

Music discovery is a constant driver for me. Growing up in the days of Hype Machine, MySpace and spending hours after school scouring the internet and racks at the local CD Warehouse for the next sound that excited me, I've yet to find an adequate substitute for that nostalgic process. However, I've never been exposed to more music in my life than I am now. I rely on a core group of friends to put some new content on my radar… on top of that, I really do love firing up my SXM app on my phone and tuning into the Coffee House (ch.6) or Spectrum (ch.28) and leaving it to the professional tastemakers we have to serve me something new.

Hands down the Gorge (WA) is the most special venue to see a show. Any live music fan who hasn't been there yet should make it a priority. The views are unbeatable and if you decide to camp out that'll only enhance your experience. We've also put on some amazing shows through SiriusXM at New York's historic Apollo Theater in Harlem. With that, we've been fortunate to feature some of the biggest acts in music in that room—many for the first time—and seeing the energy that the building brings emanate through them in their performance is pretty surreal.

I went through a pretty solid teenage angst phase that just so happened to coincide with TRL in its prime… When I picture a music video I am always drawn back to "All that I've Got" by The Used and the incredible storyline and characters they weaved through it. More recently, and with a much lighter vibe, my sister-in-law, Caroline Jones, put out a music video for her song "Rise," which she filmed in Colorado… the scenery and shots from that video blow me away every time.

I am pretty fanatical about music podcasts and there are so many great ones out there. Mark Ronson's Fader Uncovered Podcast features some amazing discussions, And The Writer Is… with Ross Golan and OTHERtone with Pharrell Williams all provide such great insights for any music nerds out there… Maybe not a well kept secret anymore but CODA on Apple+ is also a phenomenal film centered around music, however, usually if I am watching TV I try to escape the music business!

As a company I have been really proud of the work we've put into our SiriusXM Small Stage Series. Coming out of the pandemic, the landscape for live music and venues was ripe for a comeback. Being able to put some of the biggest acts in the world from Ed Sheeran, Coldplay, Alicia Keys, John Mayer, Lizzo, J.Cole to Dave Matthews and more, back into intimate rooms they probably hadn't played since their careers took off has been a concept we've been so blown away by. Seeing the joy from the house staff, fans and artists alike has been a really special takeaway. Some of these shows were the first shows back for artists and fans and it was amazing to see the hard work put forth by the team to adhere to guidelines and various comfort levels in order to create such incredible moments.

An artist whose work that I genuinely admire is Dermot Kennedy. Up above being a stand up person and incredible talent, I have been so blown away by his recent "Busking" tour leading into the release of his new album "Sonder." He really made the best of an unfortunate situation with a tour run that got canceled at the last minute and with that he decided to go back to his roots and take the time to put on pop up shows, in the streets, for his fans from NYC to Seoul to São Paulo. While the concept of busking is as ancient of a profession as they come, I've been amazed to see the response from the fans and Dermot as well. I have no doubt that will play a huge part in making his next tour the biggest and best yet and would not be surprised to see more major artists replicate this.

With great understanding of their own personal brand and what values that might entail. Brand partnerships are best when all parties involved are benefiting and have a long term vision for the success partnership. There's nothing wrong with chasing a paycheck, but it's not worth it at the cost of your artistry and core fans.

With a deep familiarity and understanding of their work. I've been fortunate to work with one of the greatest multi-hyphenates there is in Pharrell Williams. Seeing the sweat-equity he commits to all his brand partnerships is the type of engagement and perspective brands should strive for and incorporate into their campaigns. These are true creatives. Bring them into the process, embrace their vision and ideate off it. There's a fine line between audience and engagement and there's so much deception happening in that gray area. Allow them to do what they do best and your brand will notice the genuine product on the other side.

In a world with so much going on and such a range of emotions running through the news everyday music truly is the great healer, the great motivator and spark of hope we all need—all at the same time. It gets thrown around a lot but it really is the common language. If you haven't experienced this I implore you to check out a show in another country. Never will you see such a wide array of people coming together for one moment. It's magical.

What you'd be doing if you weren’t in the music world.

I was a competitive swimmer for much of my life and have performed on some of the biggest stages in my sport… that being said, if I wasn't able to be in the world of music I would commit myself to another craft ideally in sports either as an athlete or a representative… there's just something about being the man in the arena that I can't get enough of.