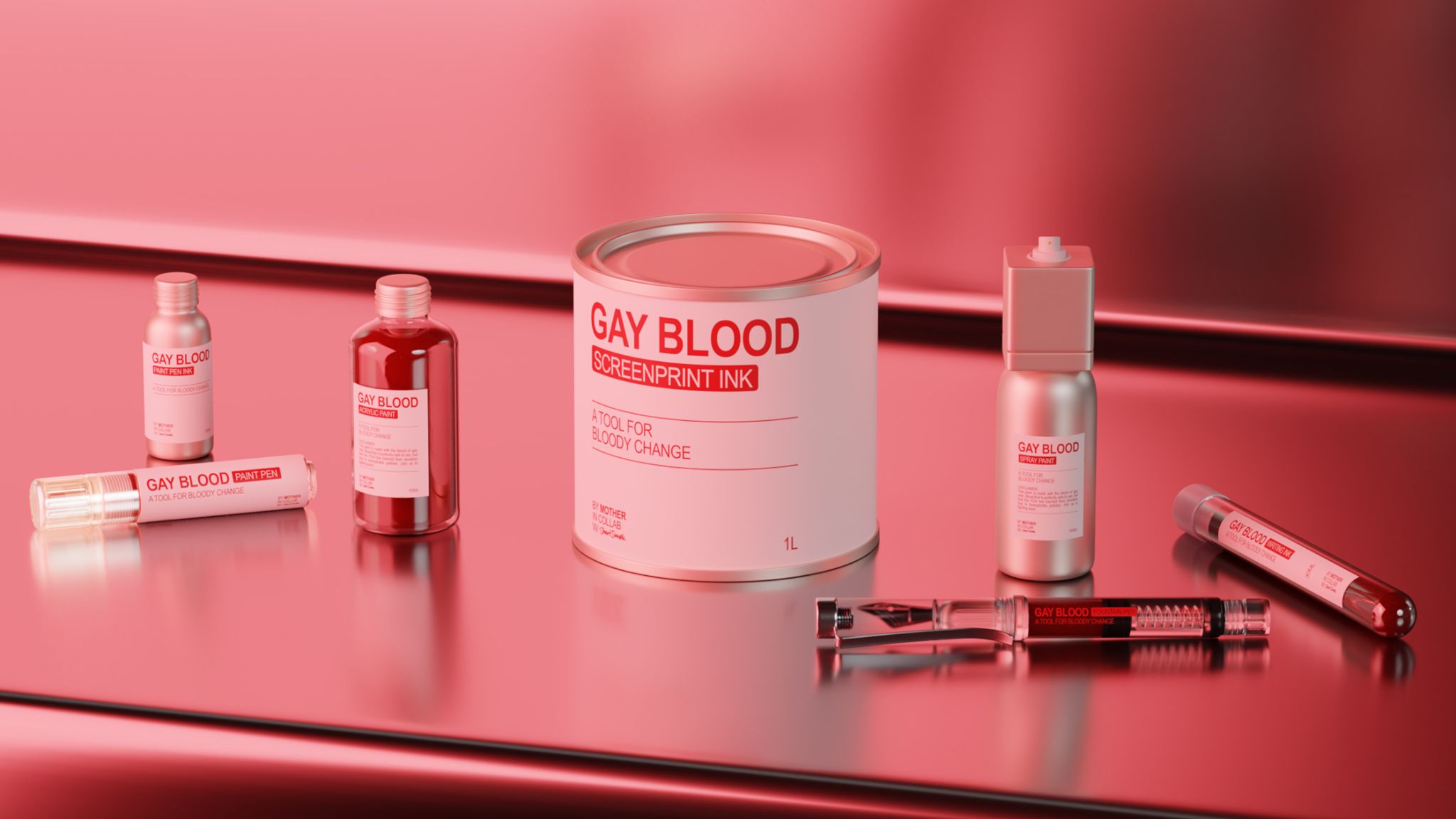 Some situations require a visceral response.

To wit: Creative agency Mother is furious about the 39-year-old U.S. prohibition on gay men donating blood, an edict based on outdated fears about HIV and AIDS. To raise awareness and spark protest around the issue, the company created a collection of paints and inks infused with the blood of gay men (siphoned from its staffers, in fact).

Timed to New York Fashion Week and developed with artist Stuart Semple, sales from the "Gay Blood Collection" will benefit LGBTQ+ healthcare provider Callen-Lorde. Mother hopes buyers will use the merch to make posters, write letters and create T-shirts hyping the cause.

The public can choose from:

The ban is a deeply felt issue, one that hits especially close to the heart. So, blood seems like the ideal medium for delivering the message. There's also a sense of inclusion and camaraderie, with Mother inviting like-minded folks to join the fight.

"We're in the business of creativity, so a collection of tools designed to encourage action and amplify your activism just felt like the right approach," Paul Malmstrom, founder and creative director at Mother USA, tells Muse. "Our primary focus is to give tools to folks who are actively working to repeal this archaic and discriminatory law. If used in a big way, hopefully we can inform and influence people who don't know the law exists."

The merch is sold under the auspices of Mother Goods, a digital marketplace for socially provocative IP. Other items include bullet-resistant leisurewear supporting gun safety and a gold, handcuff-style phone case skewering the oft-oppressive nature of our always-on world.

Mother has explored such territory before, notably with its 2018 "Blood Is Blood" T-shirt initiative, which also addressed the FDA's ban on letting men who have sex with men donate blood.

Other work in a similar vein includes an "illegal blood bank" in the U.K. for gay and bisexual men. All told, 26 pints were collected, and many exhibited in outdoor displays across London, including one near the Houses of Parliament. That 2019 effort from publisher Unilad and agency Elvis protested a U.K. statute similar to the U.S. ban. 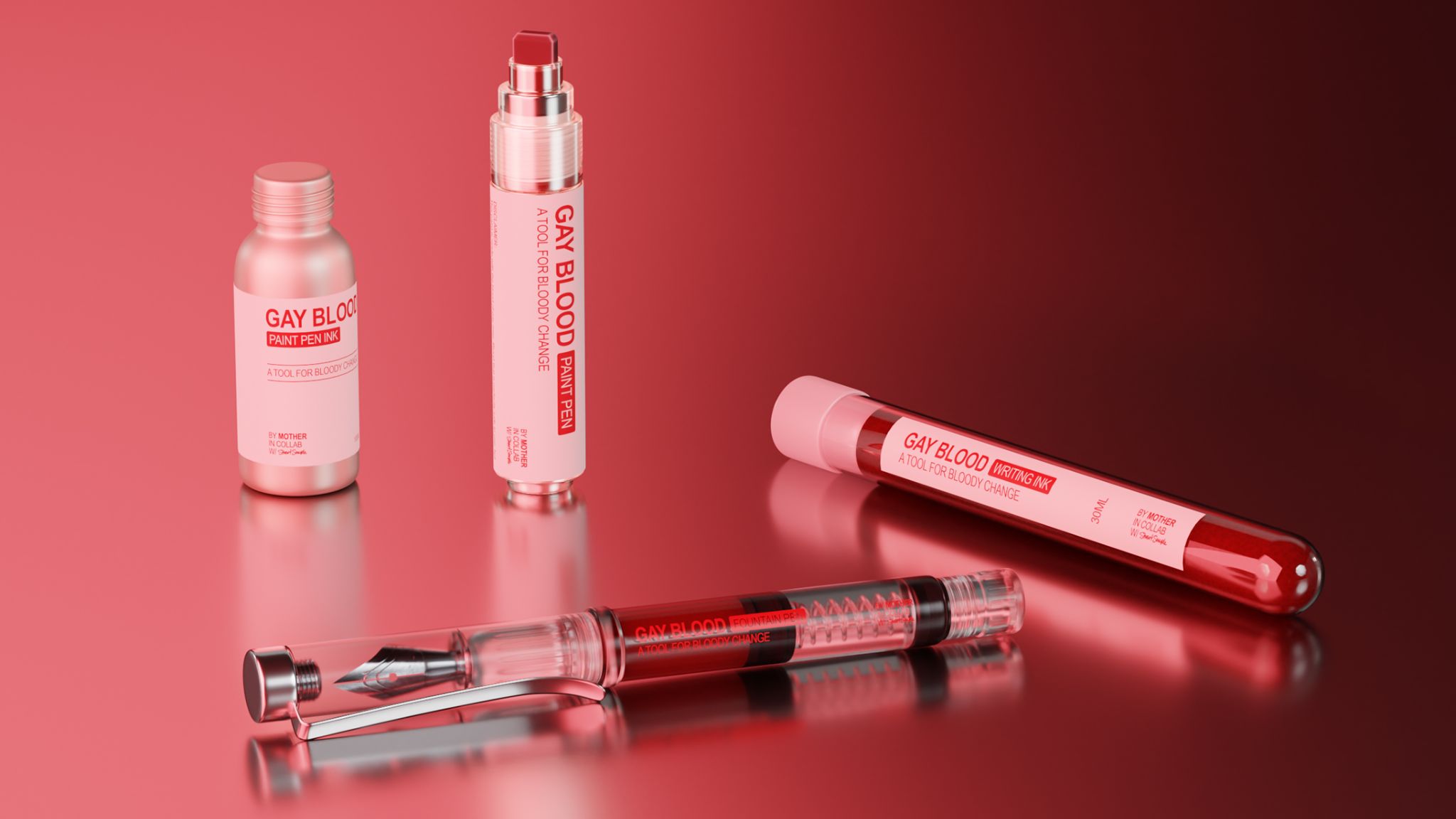