An 'Illegal Blood Bank' Is Opening in the U.K. for Gay and Bisexual Men

Its London location is being kept secret

A U.K. law forbids gay and bisexual men from donating blood unless they abstain from sex for three months, so millions of completely safe, potentially life-saving pints go uncollected every year.

Now, Unilad, part of the LADbible publishing group, has joined with ad agency Elvis and issues group Freedom to Donate for an inventive protest campaign that centers around an "Illegal Blood Bank."

The venue, which launches in an undisclosed London location on Nov. 23, will accept donations from gay and bisexual men with no abstinence stipulation.

This clip puts the project in perspective:

The issue rose to Elvis' attention when some of its staffers were turned away from giving blood based solely on their sexual orientation.

"The more we researched, the more we came to realize how few people knew about this," says agency associate creative director James Hudson. "We decided that, just because the government won't take this blood, doesn't mean we can't collect it to show that there's millions of liters of life-saving blood going to waste."

Elvis pitched Unilad, which claims a global audience of 430 million, on the concept, "knowing they have a youth audience who are engaged and hungry for change," Hudson says. "They gave us the ability to make a real impact. Together, we went to Freedom to Donate, who were already tackling this issue head on. We wanted to raise awareness of their existing work, to help change the rules for good." 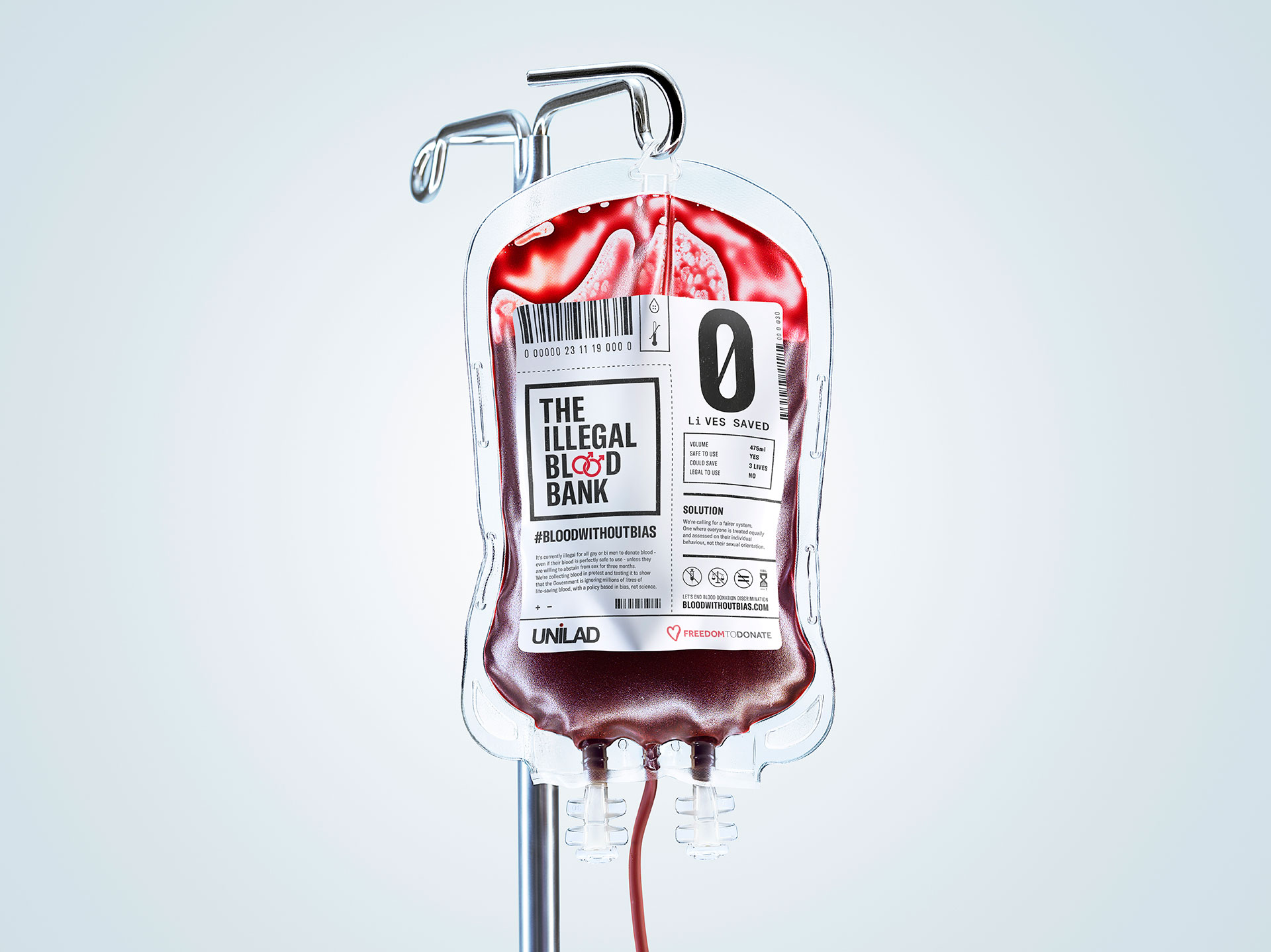 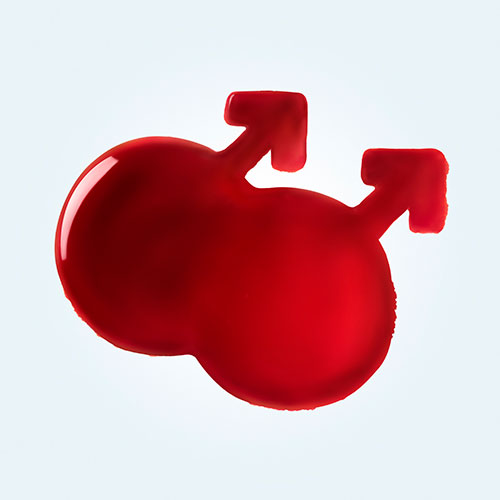 Folks can register to donate at this site, and everyone can sign a petition demanding more inclusive blood-donation laws and show their solidarity with the hashtag #BloodWithoutBias. Support includes outreach to Unilad's worldwide audience, including its 44 million Facebook followers, along with paid social placements, PR and out-of-home elements.

Those who sign up to donate will be sent a form, which "will assess individuals based on their sexual behavior, not their sexual orientation," Hudson says. That form—which the campaign's creators want the government to adopt moving forward—will also include a nondisclosure agreement.

Men accepted for donations "will be given the location of the Illegal Blood Bank, and will be under the terms of their NDA not to disclose the location," he says. "The location will be kept secret until donation day, when it will be disclosed only to the donors who pass our assessment." The blood will be collected by professionals and tested to demonstrate its safety.

LADbible is know for dynamic campaigns around social issues. Its award-winning "Trash Isles" initiative from 2017, created with the Plastic Oceans Foundation and AMV BBDO, cheekily sought nation-statehood for a huge pile of floating garbage.