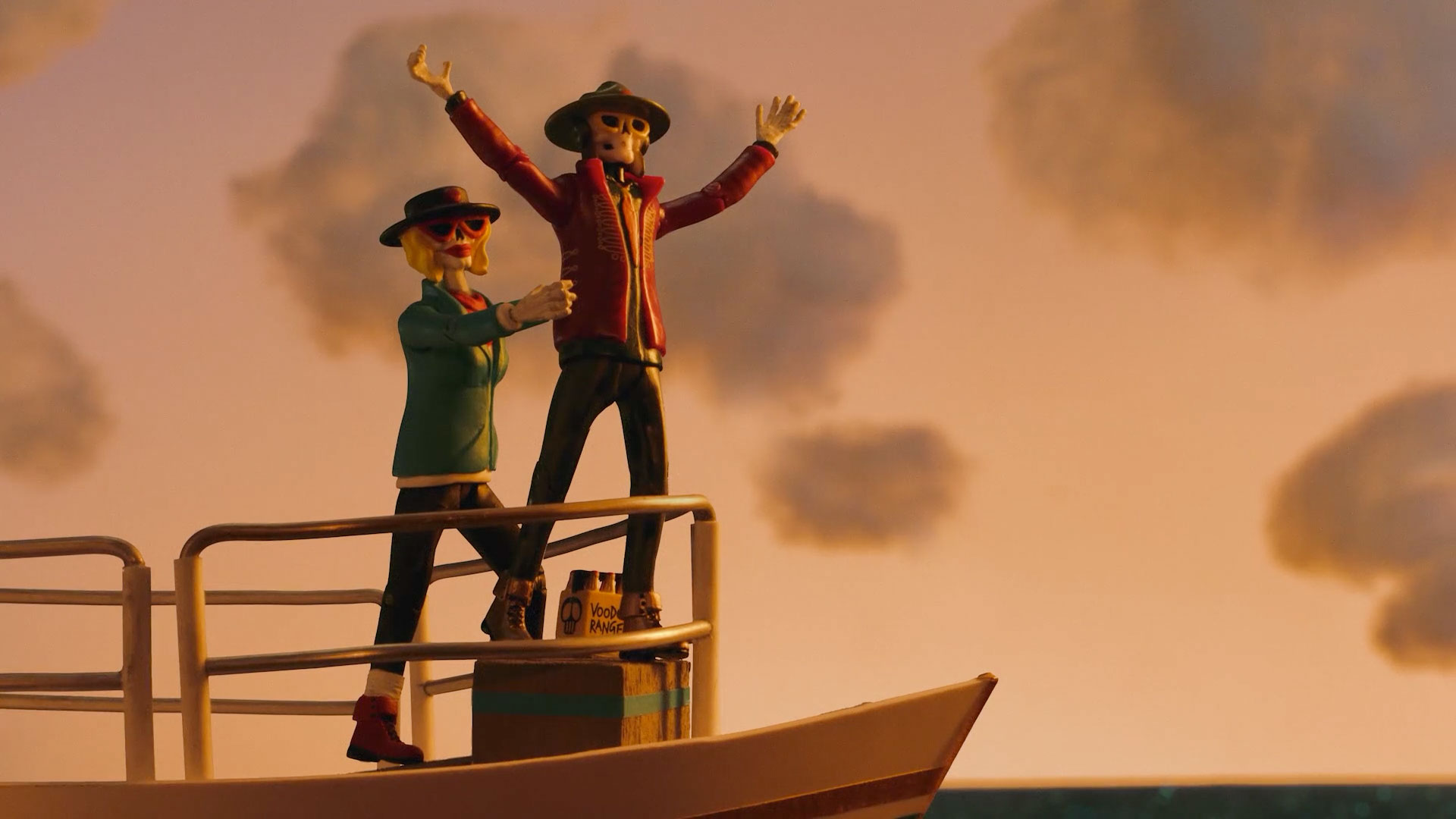 If you've ever dreamed of making a movie with Voodoo Ranger's creepy spokes-skeleton mascot as the star—and who hasn't?—here's your chance.

Last year, the New Belgium IPA unleashed an action-figure version of the little freak. Now, Voodoo's "Pint Size Film Festival" challenges fans to put the devilish doll in a short film—running five minutes or less—for a chance to win prizes of $5,000, $3,000 and $1,000. The first-place winner will premiere during the Adult Swim Festival and could air on the network.

Each posable figure comes with a 50 percent price cut to $10 in the brand's Vootique to help auteurs bring their cinematic mini-masterpieces to life.

Voodoo solicited these five PG-21 productions from influencers to provide some inspiration:

Whoa, that was some full-bodied storytelling ... on bare-bones budgets! Heh.

"Voodoo Ranger himself is an illustrated character, so the brand aligns with fans who connect with various aspects of the arts," says Brock Johnson, creative director at Fact & Fiction, which helped develop the contest. "It was a natural extension for us to play in the world of film."

Over the past two years, F&F has helped grow Voodoo's Instagram following from 1,500 to more than 67,000 through various art-minded promos, including an ongoing competition called "Render Me This" and a push to develop custom tattoos.

So, the brand's really been pouring it on, and the film festival represents a push for further growth in social and expanded consumer appeal.

"In today's fragmented marketing environment, only incredibly unique and creative ideas stand a chance of breaking through with both new and existing audiences," says Kyle Bradshaw, director of brands at New Belgium. "With that in mind, this is similar to Fat Tire's Torched Earth beer—but that's where the similarities end. The Pint Size Film Festival is all about fun around a shared passion point."