When voting is the ultimate pinky promise 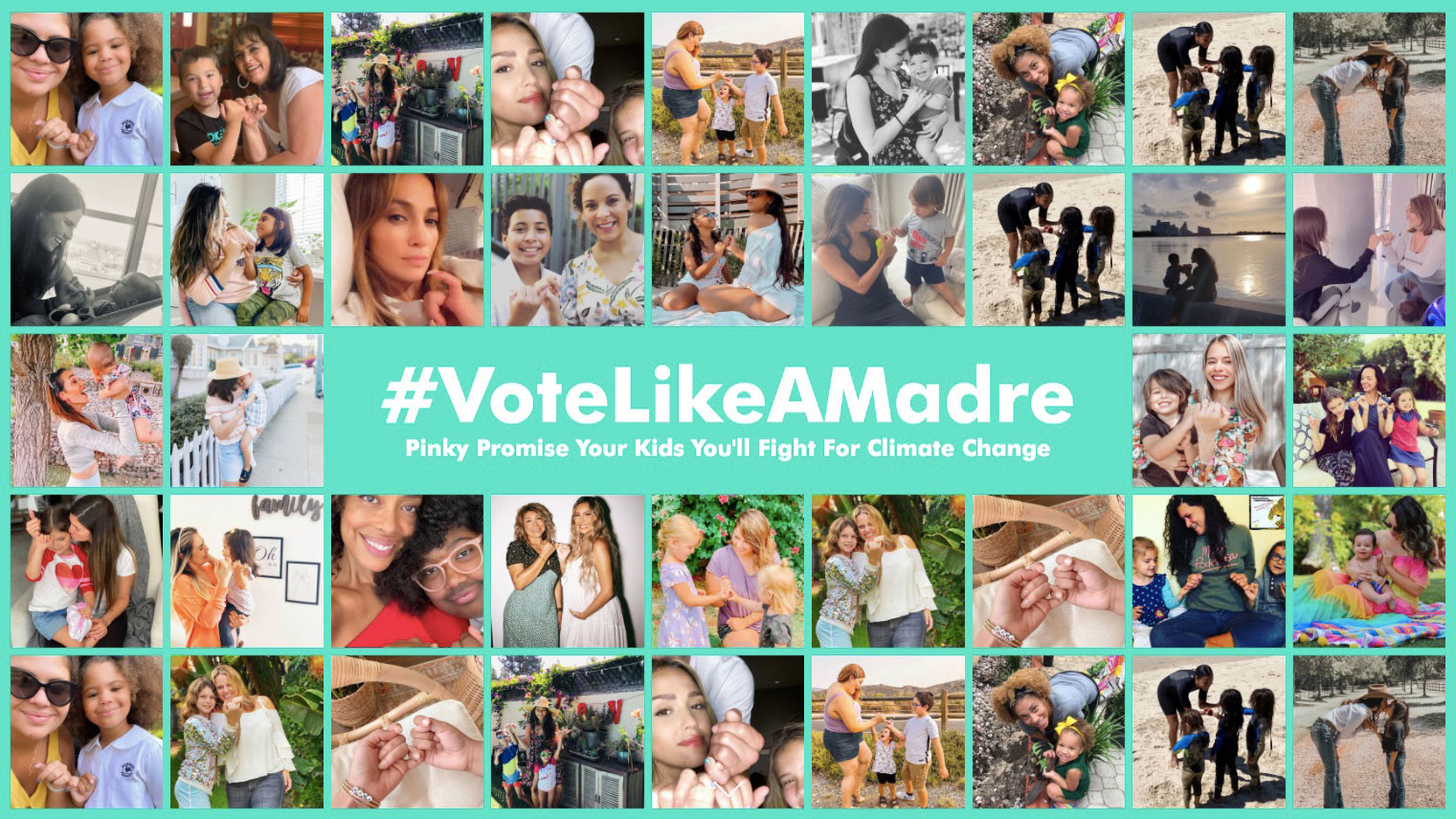 How can Latina moms strike a resounding blow against climate change?

The film below, from the Latino Victory Project, Potential Energy Action Network and creative shop The Community, presents an over-the-top approach, as we watch four moms invade a pollution-spewing industrial plant, action-movie style, and shut down its operations. (They're conscientious enough to switch off the lights once the mission is complete.)

The video backs "Vote Like a Madre," a campaign asking Latina moms to make a "pinky swear" promise to their kids and vote on Nov. 3, supporting candidates pledged to combat climate change.

"We wanted to have a symbol that was powerful, easy to share and a bit of fun. And the pinky promise has all of that," Roger Baran, executive creative director at The Community, tells Muse. "For parents anywhere in the world, the pinky promise is a promise you don't break. It's this very powerful bond between parents and kids that parents use to teach their kids about responsibility and respect. So, when a mom pinky promises something, you can be sure it will get done."

Landia's Augustin Carbonere and Nico Kasakoff staged the film's invasion scenes—which take place in a child's imagination when her mom vows to fight climate change—at a working glass factory in Uruguay. For the exterior shots, smoke-belching pipes were added in post to make the plant appear more menacing. They also evoke a slightly surreal vibe in keeping with the fantasy scenario.

Latina moms including Jennifer Lopez, Salma Hayek and Zoe Saldana are supporting the push on YouTube and Instagram:

It is in my maternal instinct to dream for my children the best future I can possibly give them, but with the worsening of environmental conditions, I worry what kind of world my children and my grandchildren will inherit. Stand with me in the fight against climate change. Let’s make a pinky promise to our children to do our best for the environment and #VoteLikeAMadre November 3rd. @jlo, @evamendes let’s make a difference!” “Mi instinto materno me hace soñar para mis hijos el mejor futuro que les pueda yo dar. Pero con el empeoramiento de la condicion ambiental, me preocupa que mundo les vamos a heredar a nuestros hijos y nietos. Acompáñenme en la lucha para el medio ambiente haciendo la promesa del dedito a nuestros hijos y votar como una madre el 3 de noviembre. ¡ @jlo, @evamendes hagamos la diferencia!” #votelikeamadre

Nothing brings me more joy than loving on my boys all day long. To ensure I can protect my kids’ futures, I am taking a stand against climate change and making a pinky promise to #VoteLikeAMAdre. All the madres out there, will you join me? #votelikeamadre #vote2020 #bethechange

"Latina moms are very protective, very caring about family, and they'll do anything for their kids," Baran says. "Research shows they are very concerned, more than the average, about the environment, especially because they live in places where the effects of climate change are already taking place, like Florida, California, Texas and Arizona."

Even so, only about 34 percent of eligible Latina moms are registered to vote, and "we wanted to show them they do have a good reason to go out and make their choices," he says.

Launched as September began using the #votelikeamadre hashtag, the initiative has generated 37 million engagements so far—including likes, shares and comments—and 30,000 visits to its website.