Not many out-of-home advertising pieces are specifically designed to degrade over time. But this campaign from agency Zubi and 1stAveMachine director Bob Partington for The CLEO Institute memorably fell to pieces, quite literally, in just a few days—to draw attention to the problem of climate change.

The campaign featured three large wax sculptures—a lifeguard hut in Miami, a Florida panther mother and cub in Tampa, and a grandfather and granddaughter on a park bench in Orlando. Each was crafted to melt in Florida's extreme over a period of five days, and each revealed a message about the dangers of Florida's rising temperatures.

Here's a look at the three sculptures: 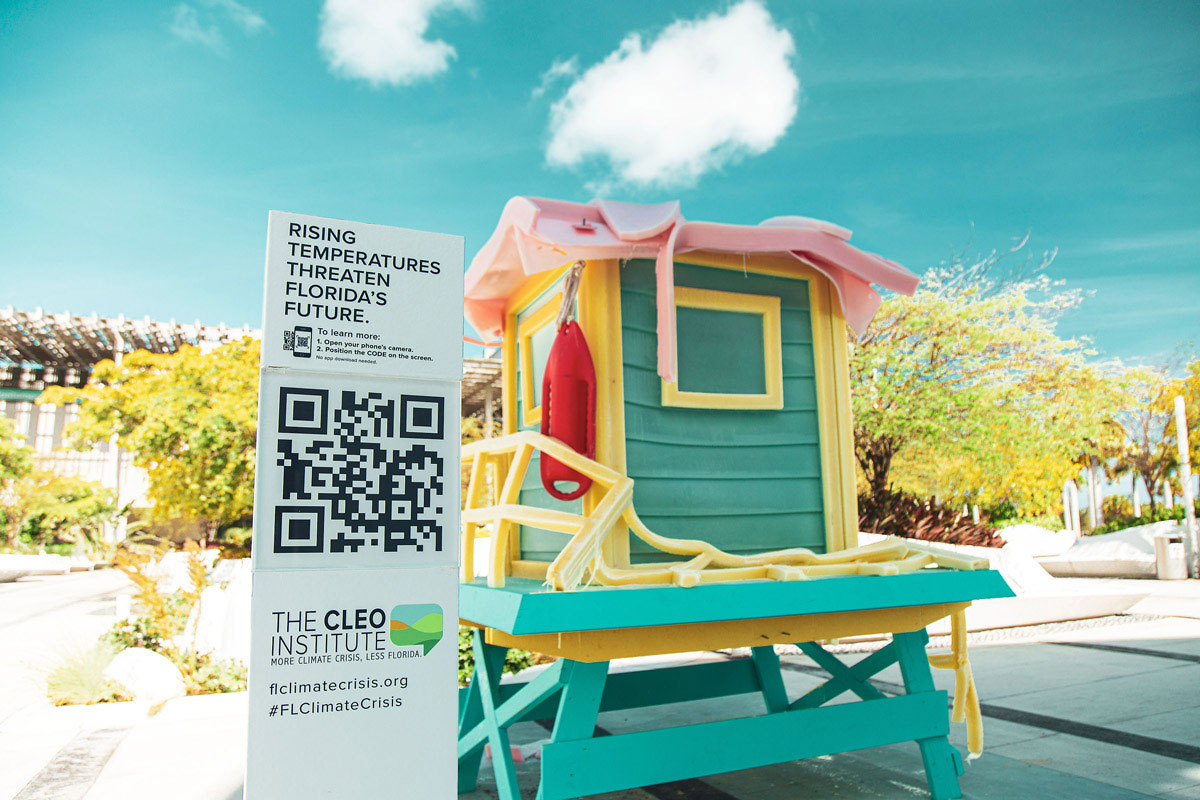 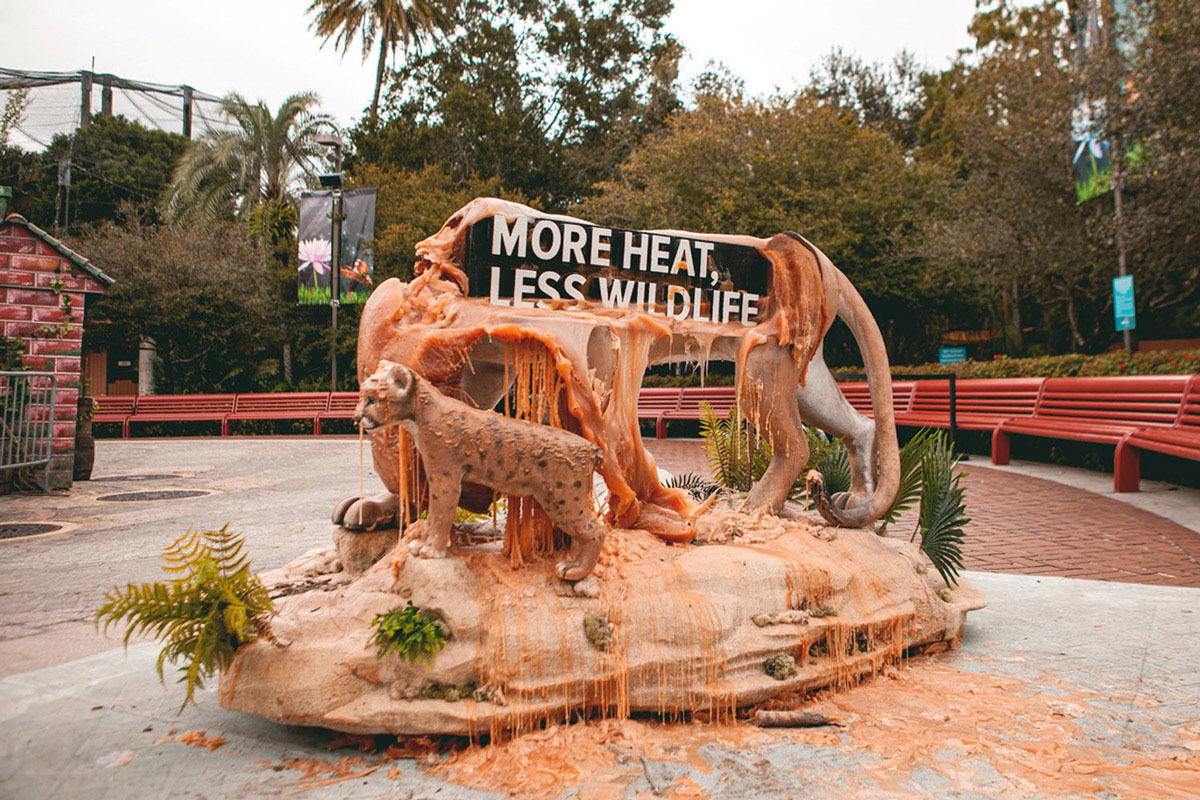 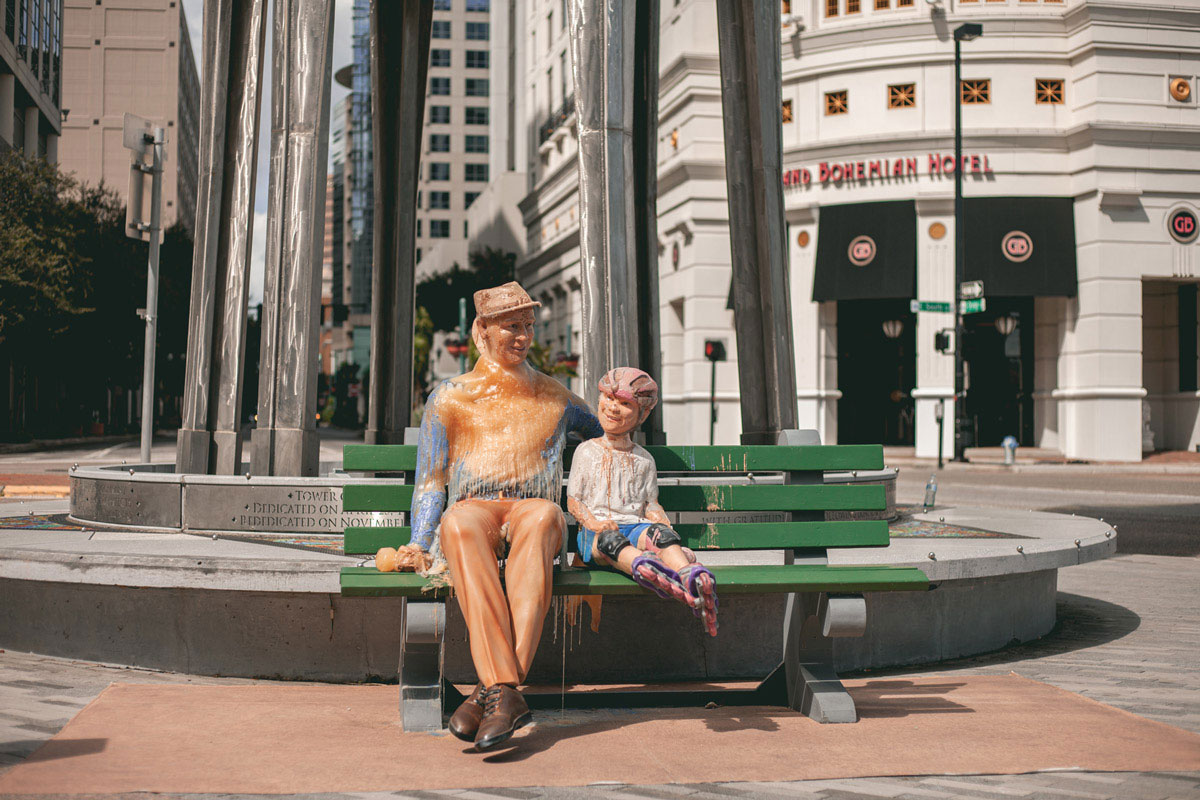 And here are two time-lapse video showing the progression of the lifeguard hut and panther sculptures as they slowly fell apart.

The Lifeguard House
The Florida Panther

"Not only was this for a great cause, but it was a totally fresh concept, making sculptures that would melt in the Florida sun on a schedule," Partington tells Muse. "Kudos to Zubi agency for their great idea—they brought me into the fold in March, we worked on a plan for realizing this concept, which had a huge R&D component because, as far as we knew, this had not been done before. Sure, there are wax museum pieces, but they are not built to degrade!"

Partington worked with fabricators in Miami on the sculptures.

"Together we came up with a novel mold-making approach, which resulted in solid castings, the only way to get an organic melt," he says. "The wax was pure alchemy—we concocted a formula that would give the right kind of melt at the right temperature over the course of a day."

Adding color to the wax was its own challenge. "We ended up using a wax-based special-effects makeup. It would melt with the wax instead of peeling off like a latex paint might," says Partington.

The installations drew plenty of attention from passersby. "The overall impact of these sculptures has been amazing to watch," Partington says. "People really become engaged in these things, and I'm super proud to have been part of it."