The Shellmet will be available in Japan in March 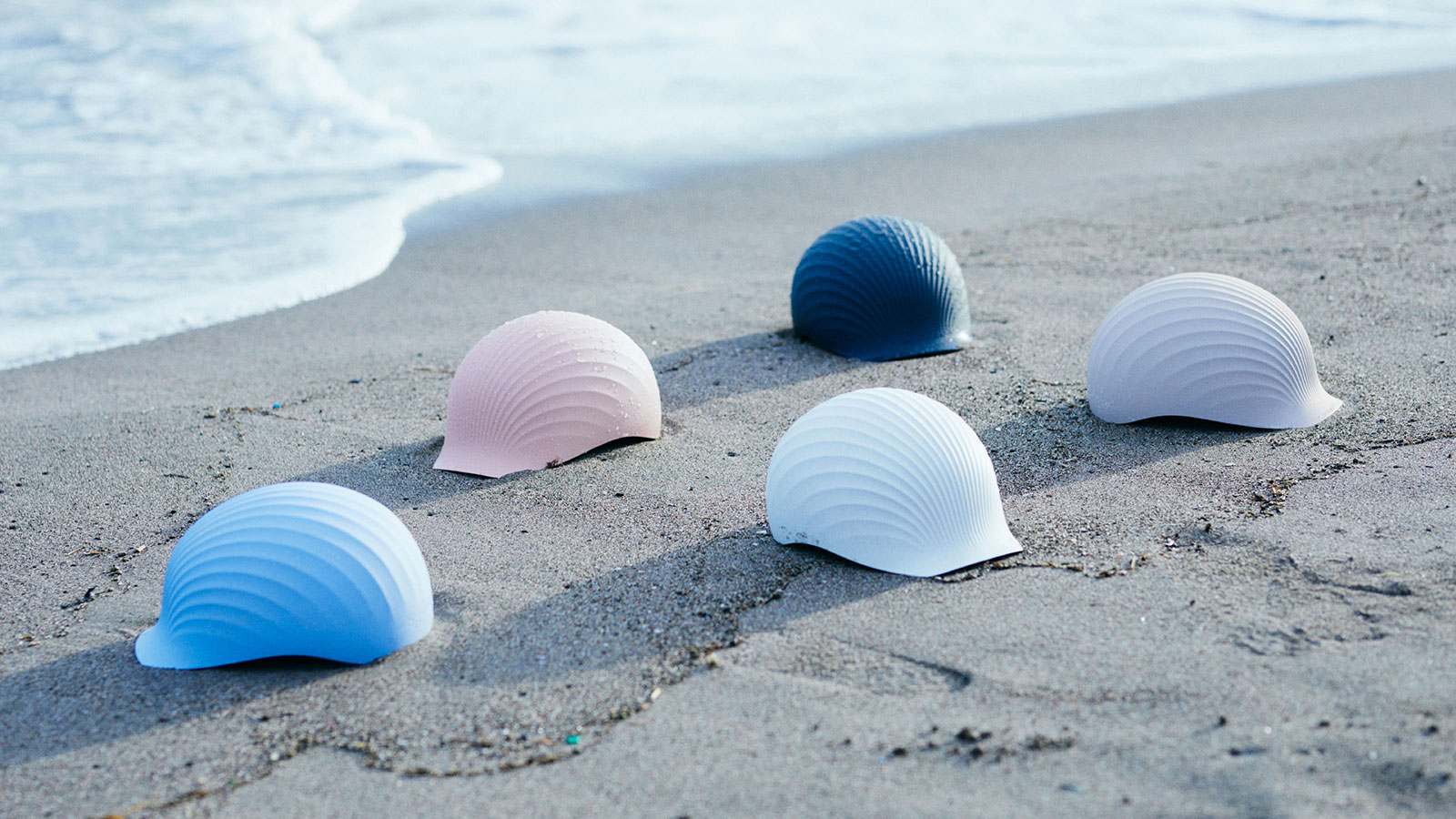 Due to the pandemic, exporting scallops came to a practical standstill in 2021 for Sarufutsu, a village in Hokkaido, Japan.

In an area that produces 40,000 tons of marine waste annually and with exports stalled, the community had an overabundance of shells, which can be hazardous to soil conditions and the nearby community.

When it was discovered that a main shell ingredient was calcium carbonate, Koushi Chemical Industry Co. and TBWA\Hakuhodo teamed up to create the Shellmet, a helmet that looks like a shell and sounds like the name of a weapon in Super Mario Bros.

Shellmet began as a helmet to protect local scallop fishermen, who are out at sea for long periods of time and in dangerous waters, and is now being manufactured for first responders in natural disasters, on work sites and as bike helmets.

"Scallops are the most commonly eaten shellfish by Japanese people—and it is also the shellfish that results in the most amount of waste," notes the creative team at TBWA\Hakuhodo. "We asked ourselves, 'What if we could turn these scallop shells into a new resource instead of waste?' From this question, the project began."

Shellmets come in coral white, sand cream, deep black, ocean blue and sunset pink and cost $4,800 JPY or U.S. $37. And they actually look like shells. On your head.

The main ingredient of Shellmet is a new material the agency dubbed Shellstic, as it's a combination of shells (that calcium carbonate) and recycled plastic.

"In Japan, scallop and oyster shells are separated during processing at the plants and then exported or taken to a processor for disposal, all with a fee," the team tells Muse. "However, in most cases, the shells are piled out on the soil in the open and await disposal. Coupled with the concerns around securing a place to deposit the piled shells, there is adverse foul odors and contamination of soil and groundwater due to the leaching of heavy metals contained in some of the remaining offal."

Shellmet preorders have begun, with more than 500 units spoken for. For now, Shellmets are only available in Japan, but options for overseas availability are being explored.