Over the past year, Australia's bushfires scorched 72,000 square miles and destroyed 3,500 homes. Some 6,000 firefighters and first responders, including many volunteers from rural communities, battled the blazes, which also claimed 34 lives.

"During a rare low ebb in this catastrophic time, a comment emerged from an exhausted fire chief about whether it was right for firefighters to risk their lives to save people's homes if the owners hadn't done their part to prepare for the fires," says Ant White, chief creative officer at CHE Proximity in Sydney.

That sentiment provided the impetus for a campaign that asks Australians to set aside the first Saturday of every month to make their homes safer. By doing so, "we can significantly help prevent first responders from being called to danger," White says.

To get the word out, CHE tapped acclaimed director Justin Kurzel (Snowtown, Macbeth, Assassin's Creed) to create the 90-second film below. Shot documentary-style, the spot follows real first responders as they race to an emergency, which was staged for the shoot:

Australia has a history of assigning weekday nomenclature such as "Ash Wednesday" and "Black Friday" to bushfires. Several such tragic names appear on screen, followed by the message, "For all the days we felt we couldn't help, now there's a day we can." At the very end, the film designates Sept. 5 as the first "First Saturday."

"It became clear that if we could get enough people to perform small tasks like clearing debris from the yard, trimming branches or getting safety equipment, we could make a tremendous impact on the safety of homes, and the safety of the heroes who are called out to protect them," White says.

For the year-long push, more films, radio spots, newspaper spreads, social activations and these out-of-home placements are also in the mix: 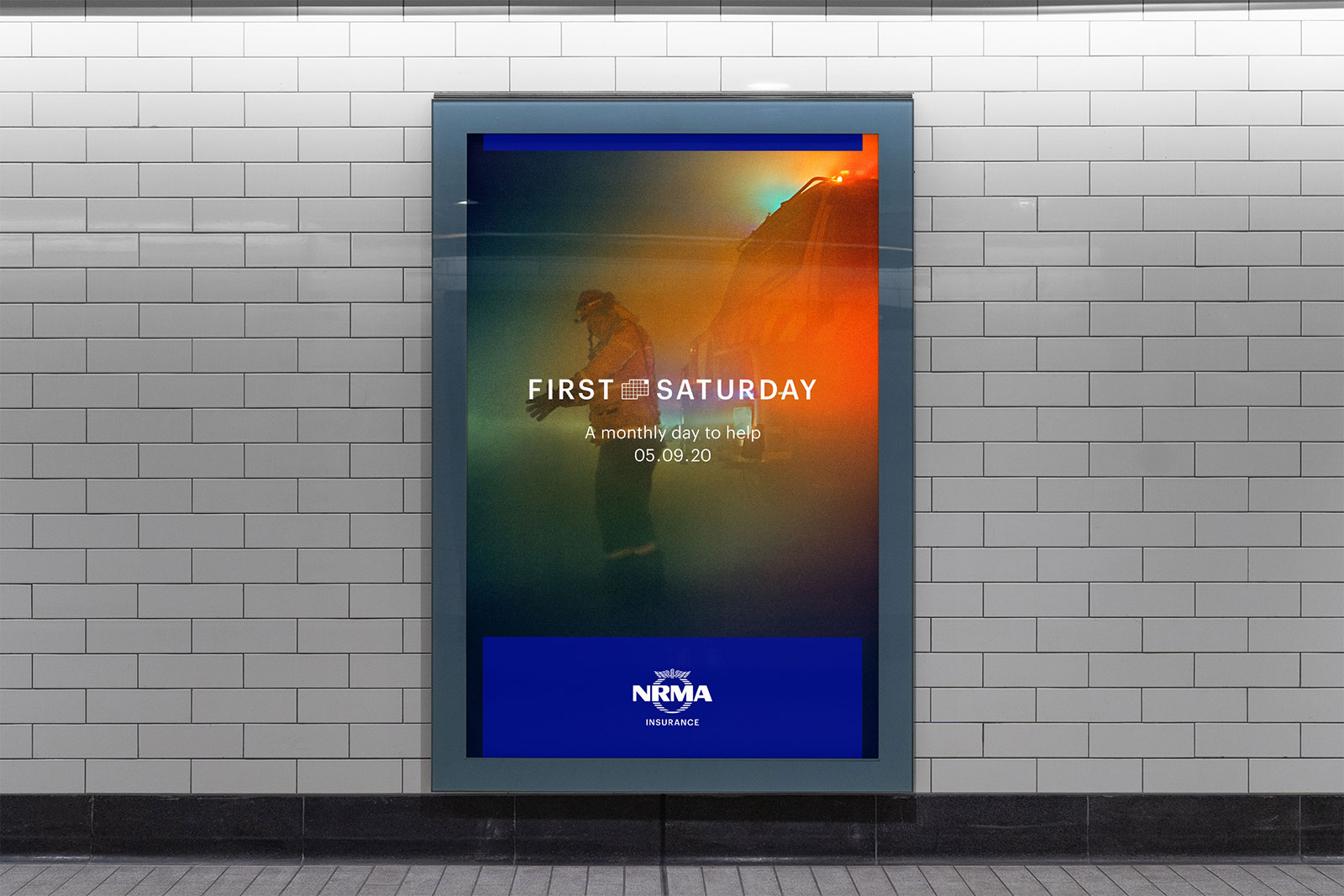 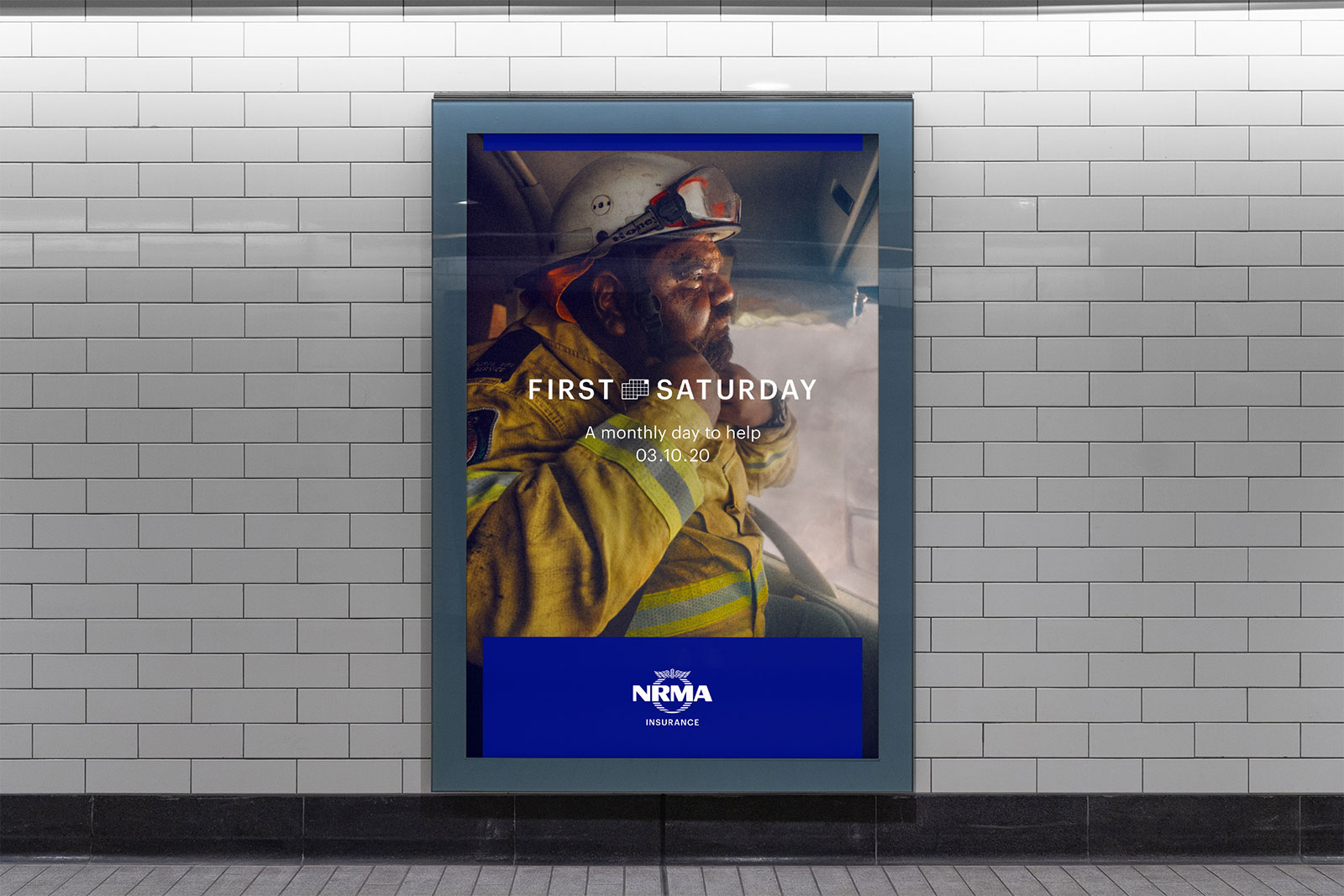 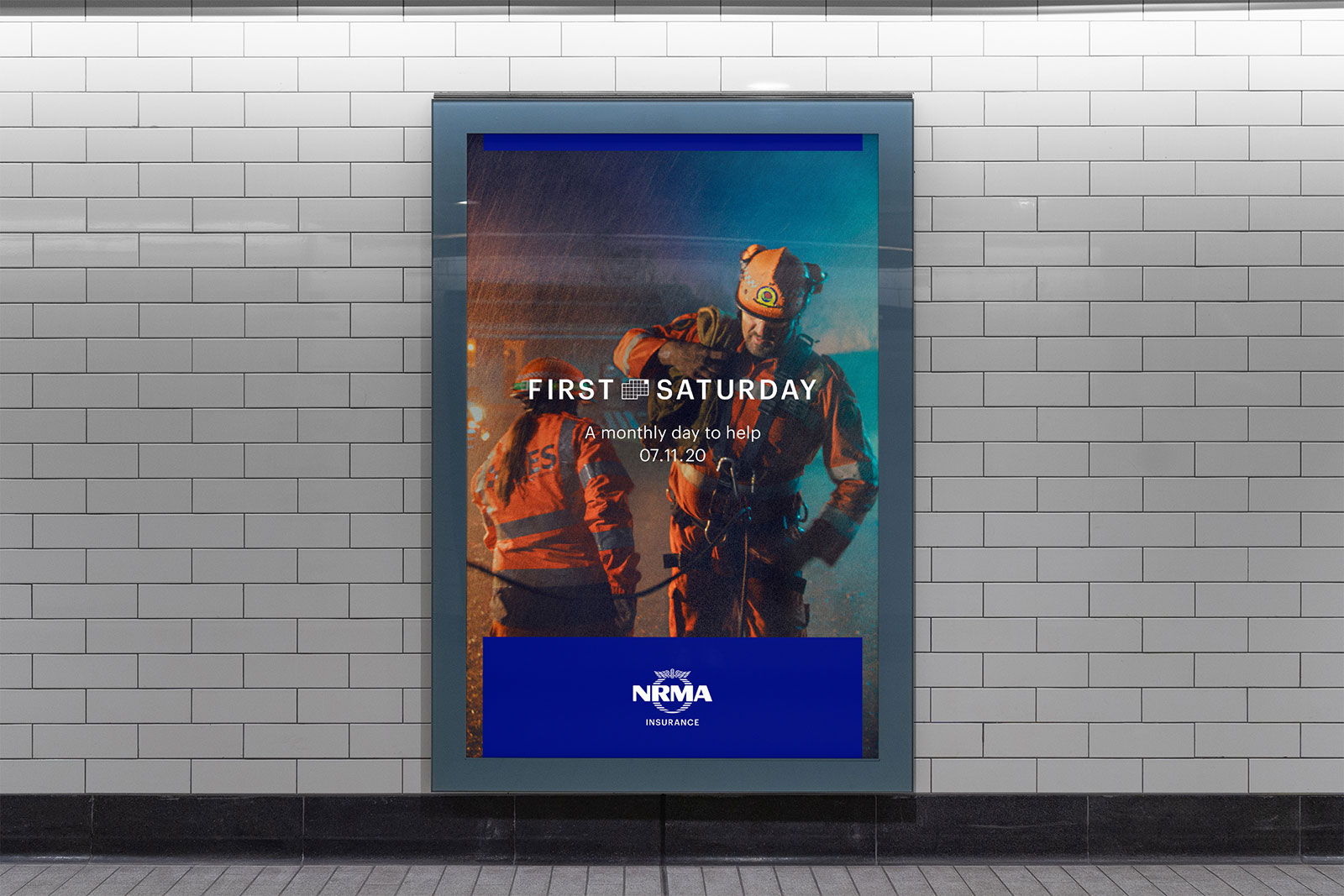 Below, White fields additional queries about the "First Saturday" campaign:

Muse: Why choose a day of the month as your focus?

Ant White: Australia has a culture of dedicating days to disasters. Names like "Ash Wednesday" and "Black Friday" are tragically etched into our national psyche. Generations of Australians can vividly remember them. By dedicating a day to prevention—First Saturday—we're creating a new, more hopeful narrative.

We chose a Saturday because it's already a day where people do a bit of DIY around the home. They're in the right mindset. And we chose to push one task a month because it's both easy and sticky. If we had to give people all the tasks to do at once, it would be overwhelming, and nothing would get done.

How do you keep "First Saturday" in the public consciousness over the long haul?

Three weeks prior to a "First Saturday," we push the emotional connection to first responders by running our brand campaign consisting of TV, newspaper wraps, radio and out-of-home. The aim of this is to remind Australia that we've always dedicated days to disasters, but now there's a day for prevention.

Then, a week prior to a "First Saturday," we run targeted comms. The purpose is to educate people on how to do the tasks. It's simple and clear. For example, "This Saturday is 'First Saturday.' Make your home fire ready by getting a fire blanket."

Finally, the day after each "First Saturday," we consolidate the behavior of doing the tasks by partnering with popular radio hosts to recap the day through anecdotes and live reads. This is also supported in social.

Can you talk about making the film?

Justin Kurzel had a clear vision: to be as authentic as possible. As such, almost everything was shot in camera. The fires were recreated on private property which was decimated by last summer's bushfires. There was no risk of another bushfire starting as everything had been burnt up already. A brilliant SFX team lit spot fires along a path and up trees. Industrial fans redirected the smoke to the right place. And as the sun set, an unmistakable and unsettling feeling of an inferno became apparent. All of the cast—actual firefighters who battled the blazes last summer—commented on how real it felt.

How'd you heighten the realism?

Justin made sure the cast wore full gear the entire time, drove the truck themselves, and spoke in real time to radio operators. Senior RFS members were also on set to ensure protocols were being followed at every turn. As for the smoke in the earlier chapters, that was a combination of great production and luck. We awoke on the second day of shooting to discover a heavy blanket of fog over the countryside. The whole crew hustled to start shooting before it lifted. The result was an ominous haze. It couldn't have been more perfect.