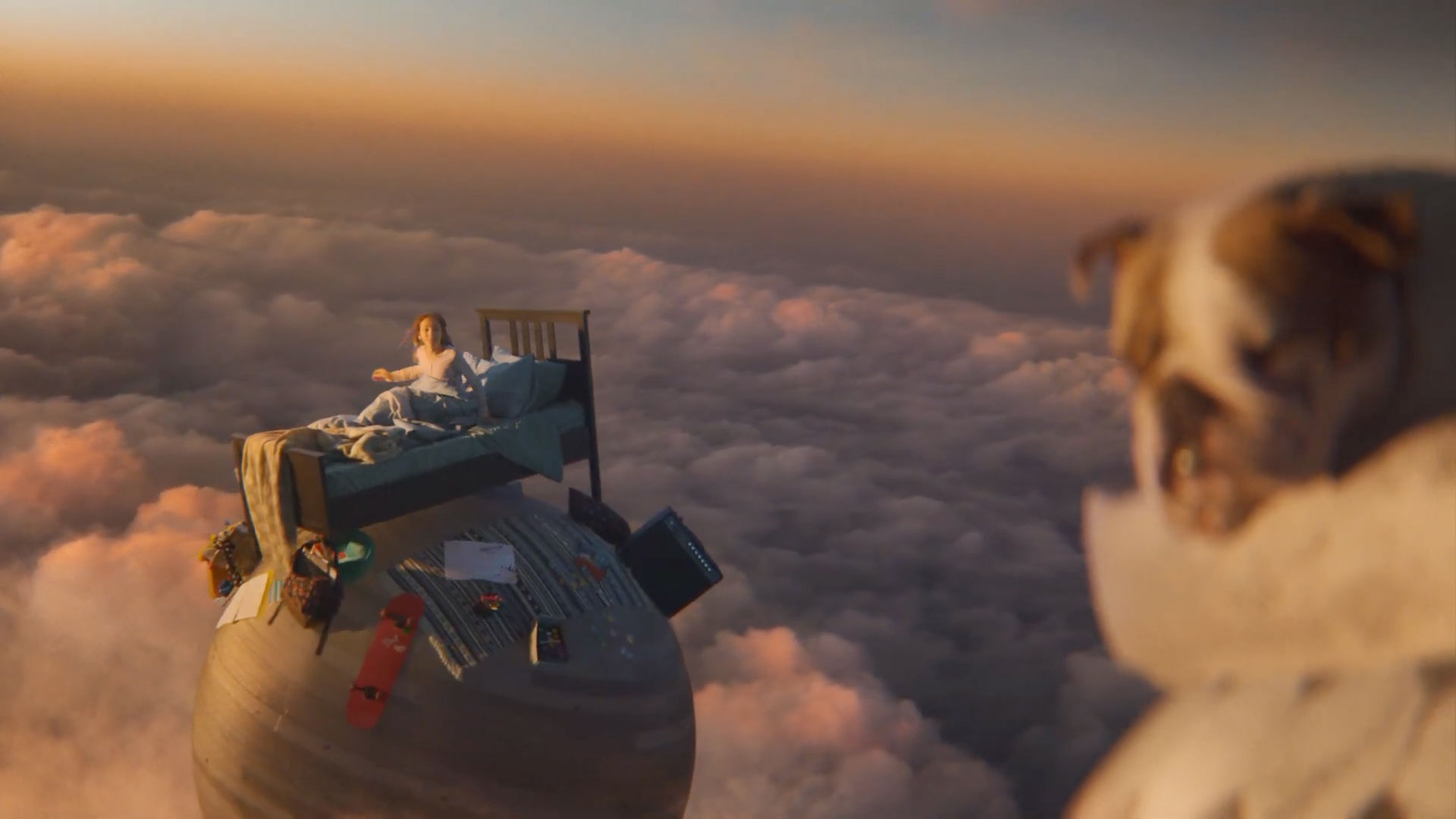 There's no better time than now to make advertising that borders on the surreal—partly because, after more than a year of pandemic volatility, we're all a bit existentially bonkers. But also, since it's such a pain to gather big physical crews together safely (or even travel), dreamscape is a great way to let CGI do the heavy lifting.

Who wants to watch another influencer trip to the Maldives? Give us Narnia.

Ikea's "Our Little World," directed by Mark Zibert for agency Rethink, does just that.

A folksy tune introduces us to not one world, but a whole tiny series of them, reminiscent of Antoine de Saint-Exupéry's The Little Prince. Orbs of various sizes float in space, each with their own little lived-in cultures: The little girl who wakes in her bed, surrounded by books, waves to the woman whose whole world seems to consist of her balcony flowers.

The worlds tip and turn, bees sweeping heavily from one to the next—a bike courier circling his pavement-banded planet, a table of old men playing games, the various people trying to find peace in the chaos of much larger, shared planets. Kitchens collide with makeshift offices. Work collides with play. One world is just a treehouse.

"A better world starts at home," the ad concludes, charming but bittersweet.

"Our Little World" reflects the havens we've tried designing in whatever space we had available, as well as the remoteness we feel from the worlds of others. When people dropped things off on porches, or said hello through windows before quickly leaving, it really did feel like we were all just waving from different planets. Even now we barely touch, cautious of every interaction that might involve contact, intentional or not.

We can understand why Saint-Exupéry's Little Prince ultimately forsook his tiny planet—the wee volcanoes that needed cleaning, the baobabs that needed uprooting, his rose in ill health—to seek something else. Connection, maybe? For better or worse.

Ultimately, though, Ikea seeks to express a message of hope here. That so many of us had to retreat into our homes was great for the planet (though these effects shall be largely temporary if this time isn't also used to consider more sustainable systems-level solutions).

"Through this latest spot, we wanted to show that sustainability and positive change is still possible with small actions taken at home, while acknowledging the shared experiences and challenges of the last year, and really celebrating the way communities have come together to face them," explains Johanna Andrén, marketing head at Ikea Canada.

"Our Little World" was shot on a Toronto soundstage over three days, with CGI by A52.

"The entire 'world' in which the film takes place is created in post while all live action was shot in-camera," says Joel Holtby, head of art and creative director at Rethink. "This required us to create different sized dome structures as stages, and set-decorate by bolting furniture down to the structures, all while using live lighting and wind to bring realism to the environments on each tiny planet."

The spot went live on April 1, in English and French. It will air nationally in Canada, Serbia, Romania and Croatia, supported by online video, digital out-of-home, social and other digital collateral that showcases sustainable Ikea products in their own little worlds.