A jaguar emerges from its ravaged environment to warn us about the dangers of deforestation in a powerful new animated short from Greenpeace U.K.

Developed by Mother London and Cartoon Saloon, with narration from Narcos actor Warner Moura and a cameo by Sir Paul McCartney, "There's a Monster in My Kitchen" follows Greenpeace's 2018 viral hit "Rang-tan: The Story of Dirty Palm Oil."

Both films adopt a rhyming storybook style that's both enchanting and sad. The earlier effort starred a precocious baby orangutan, while the new work features a full-grown "Jag-wah." The big cat seems menacing at first—until it explains the plight of its kind to a youngster who encounters the beast in his house late one night:

The story begins from the child's point of view:

The creature flips the script with its reply:

"There's a monster in my forest,
and I don't know what to do.
It turned my home to ash
to instead grow something new.
Feed for chickens, meat and cows—
to sell more meat to you.
Our forests disappeared,
and their evil empire grew."

On screen, a lush South American jungle wilts beneath a fiery, mechanized invasion.

"They think they are unstoppable
but we pray this isn't true.
The real cost of what they're doing —
if only the whole world knew.
There's a monster in my forest,
and it's filling me with fear.
It's putting us all in danger.
To warn you is why I'm here."

"We wanted to give a glimpse of the mesmerizing, colorful and full-of-life forest, contrasted with the dark, mechanical and symmetric man-made soya fields," Mother partner Ana Balarin tells Muse.

The narrative ends on a note of enlightenment and hope:

Emotionally engrossing from start to finish, this sequel delivers a heartfelt message that's hard to ignore.

Balarin says "the pressure was obviously immense" as Mother set about following up "Rang-tan." The experience of making the first film, however, provided a creative map to follow. The team knew which levers to pull to elicit maximum viewer response, while keeping the story simple and relatable.

Greenpeace suggested using the jaguar—a species facing catastrophe, as its homes are cleared for feed plantations. Many folks love cats, after all, so the choice fairly bristles with empathy.

Moreover, the Jag-wah provides an intriguing contrast with the Rang-tan. In the earlier campaign, the uber-endangered ape appeared defenseless from the start. Here, the jaguar's mildly threatening nature gives the opening scenes an urgent vibe. Yet, the creature's fangs and claws provide no protection from its worst enemy—encroaching humans. Now, it must humbly appeal to humans in order to survive.

Sir Paul shows up near the end, as a "warrior" in a protest scene. While McCartney's inclusion may seem peripheral, the eco-minded Beatle adds some extra star power and potential search-engine appeal.

"The world's forests are truly irreplaceable," the iconic musician says in a statement. "They're home to indigenous peoples, amazing wildlife and are vital in our fight against the climate crisis. But … these forests are being cleared at a shocking rate to farm more industrial meat and dairy. This is why reducing our meat is so important. But that alone isn't enough. To solve this problem, we need supermarkets and fast-food restaurants to clean up their supply chains and make the switch to less destructive, plant-based alternatives. Our forests—and all our futures—depend on it."

"He felt like the obvious choice because he's one of the most famous Brazilian actors, and he's a UN Goodwill ambassador, so we knew he would not only be a really powerful voice but he also cares about deforestation," says Balarin.

"The target is every meat eater on the planet. We want to go far beyond the converted and reach audiences that have never engaged in environmental causes before, like with 'Rang-tan,' " she says. "We want to generate conversations, change habits and ultimately galvanize as many people as possible to achieve real and lasting change." 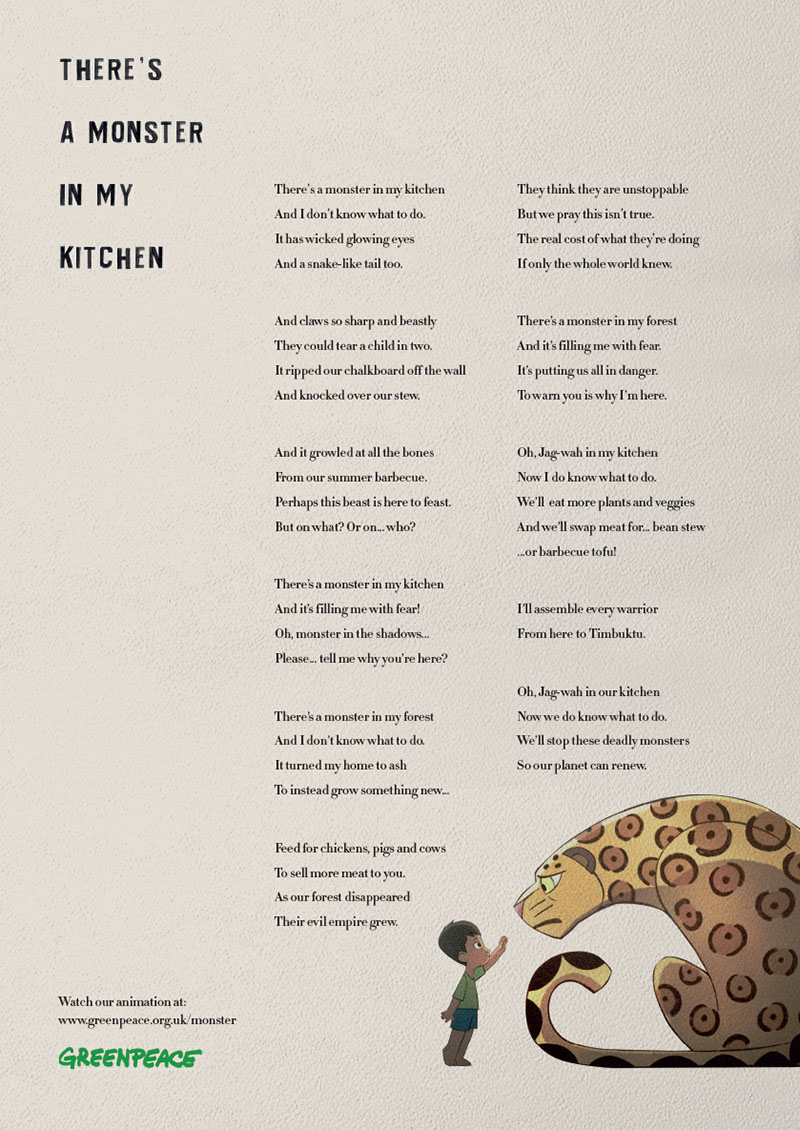