Which future will the new president deliver? 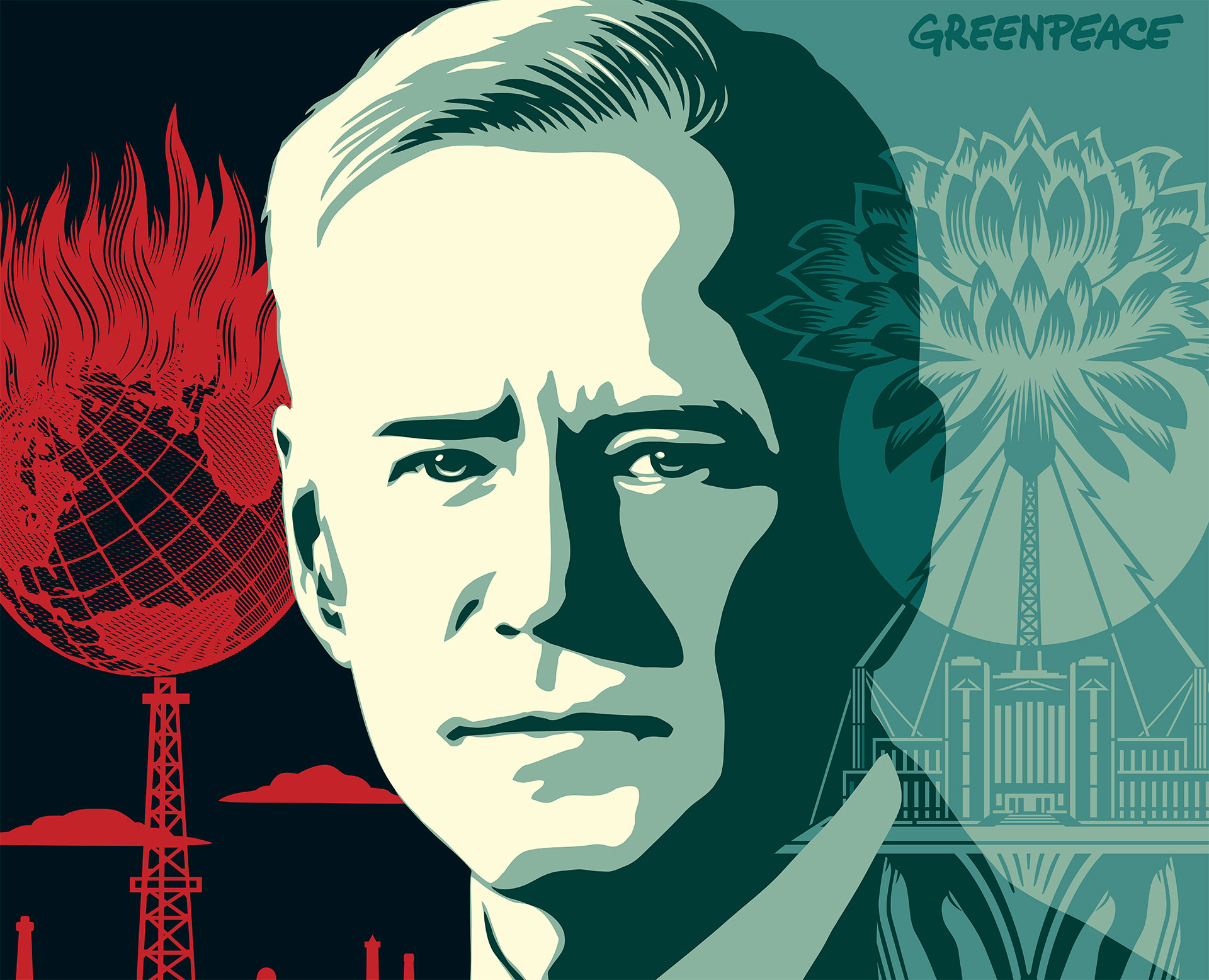 Which future should President Joe Biden strive to deliver for America and the rest of humanity? A teaming toxic hellscape, or a thriving tomorrow with pollution on the wane?

Spoiler: Greenpeace and designer Shepard Fairey prefer the latter, and they urge our newly minted leader to combat the scourge of climate change in a campaign rolling out this week.

The project's central image riffs on Fairey's iconic Barack Obama "Hope" poster from 2008. This time, however, POTUS 46 becomes the focus, as he faces two possible tomorrows. One blazes with fossil-fuel horrors, the other appears vibrant and inviting: 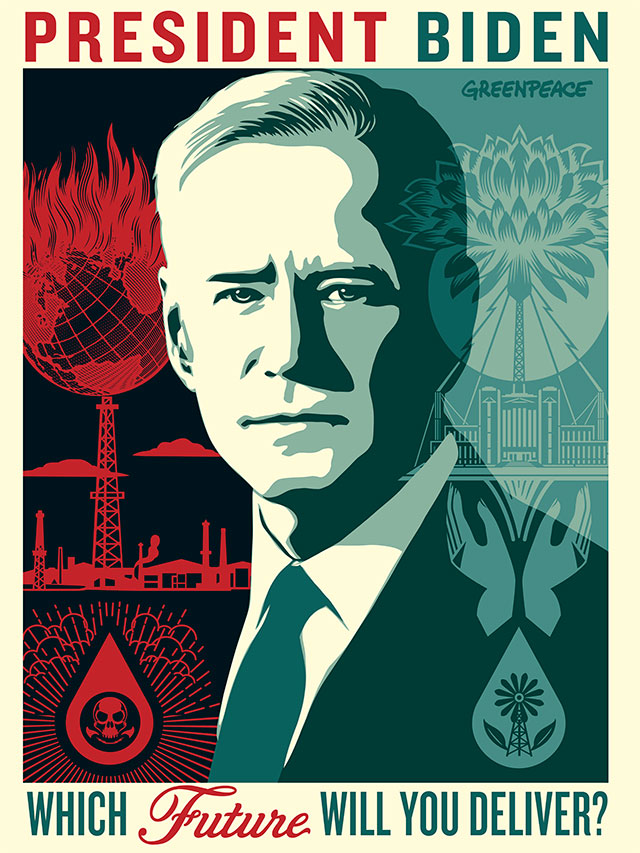 Notably, shades of green replace the blue tones of the original. These represent the more palatable future and suggest Biden will choose the environmentally enlightened route. (Indeed, that seems like a safe bet. Today, he is expected to direct federal agencies to establish the parameters of an oil and gas drilling ban on public lands.)

"This campaign is about people like you and me versus corporate polluters who have poisoned our climate, our bodies and our democracy for their profit," Fairey says in a statement. "It's time for these companies and their executives to be held accountable, and for our country to begin the transition toward a renewable energy economy that puts people's health and well-being first. There's no more time for middle-of-the-road solutions from President Biden."

"We built this campaign so that anyone can get involved in the way that makes sense for them, whether you've been active on climate change for years or you're new to the issues," adds Greenpeace rep Ryan Schleeter tells Muse.

At a dedicated website, "folks can sign up for weekly actions—including signing petitions, calling representatives, joining webinars and sharing explainers about climate and environmental justice," he says. "This week, we're focusing on protections for public lands. Over the next 100 days, we'll cover everything from plastics and petrochemical pollution to fossil fuel subsidies and tax breaks."

Now, by tweaking the "Hope" poster, Greenpeace hopes to generate instant buzz and leverage the public's desire for a new direction after four years of the Trump administration. (The fact that Biden spent eight years as Obama's vice president helps the approach resonate.)

"It can be difficult to envision a world in which our planet and its people aren't under constant attack," Schleeter says. "That's what art allows us to do—it helps us imagine what the future can look like when we use the tools and power of government to solve problems, not exacerbate them."

Greenpeace began sharing its Biden design across the world in recent days. Here's a 20-by-15-foot banner outside the White House: 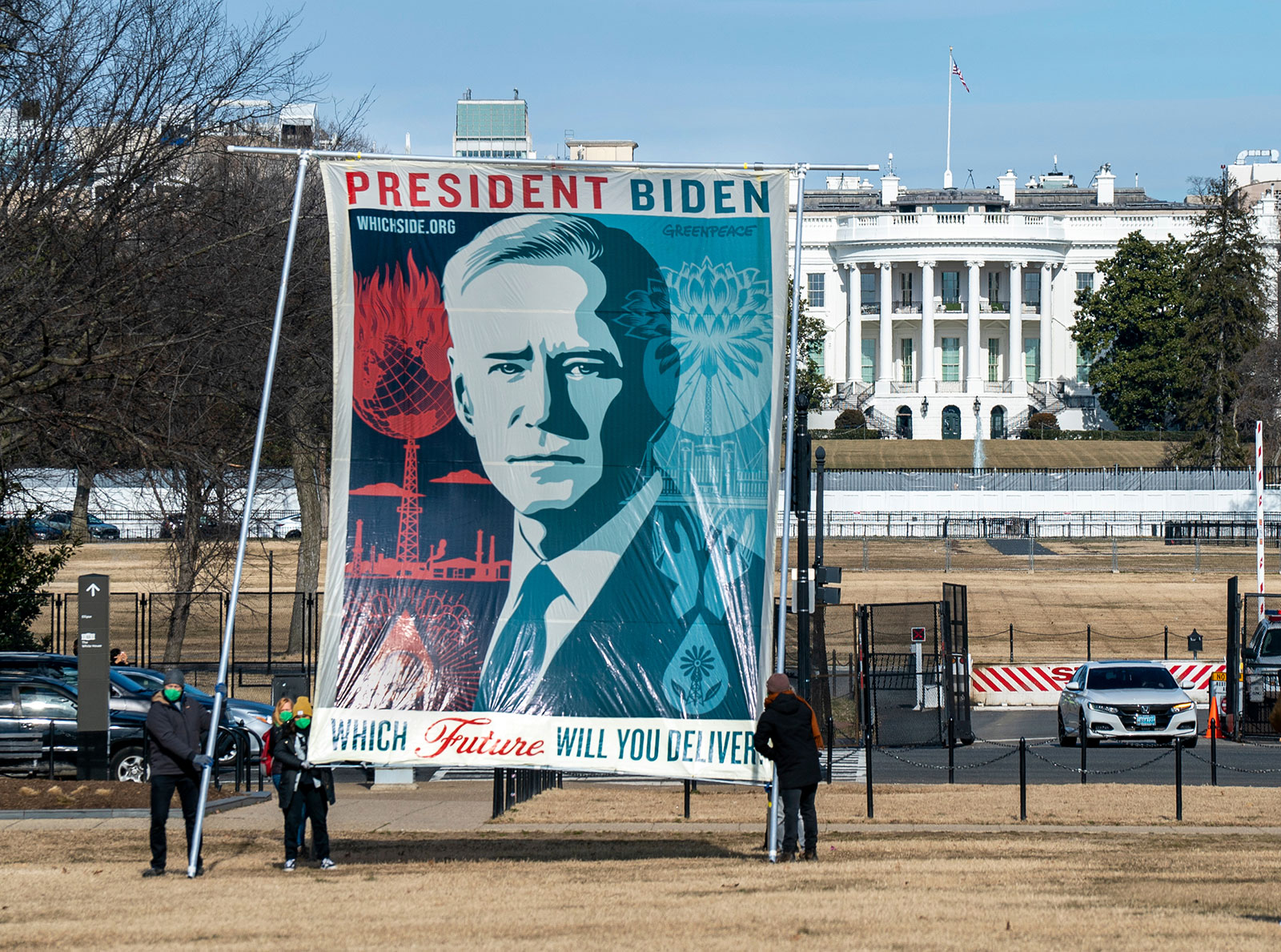 Below, the organization delivers its message in Berlin: 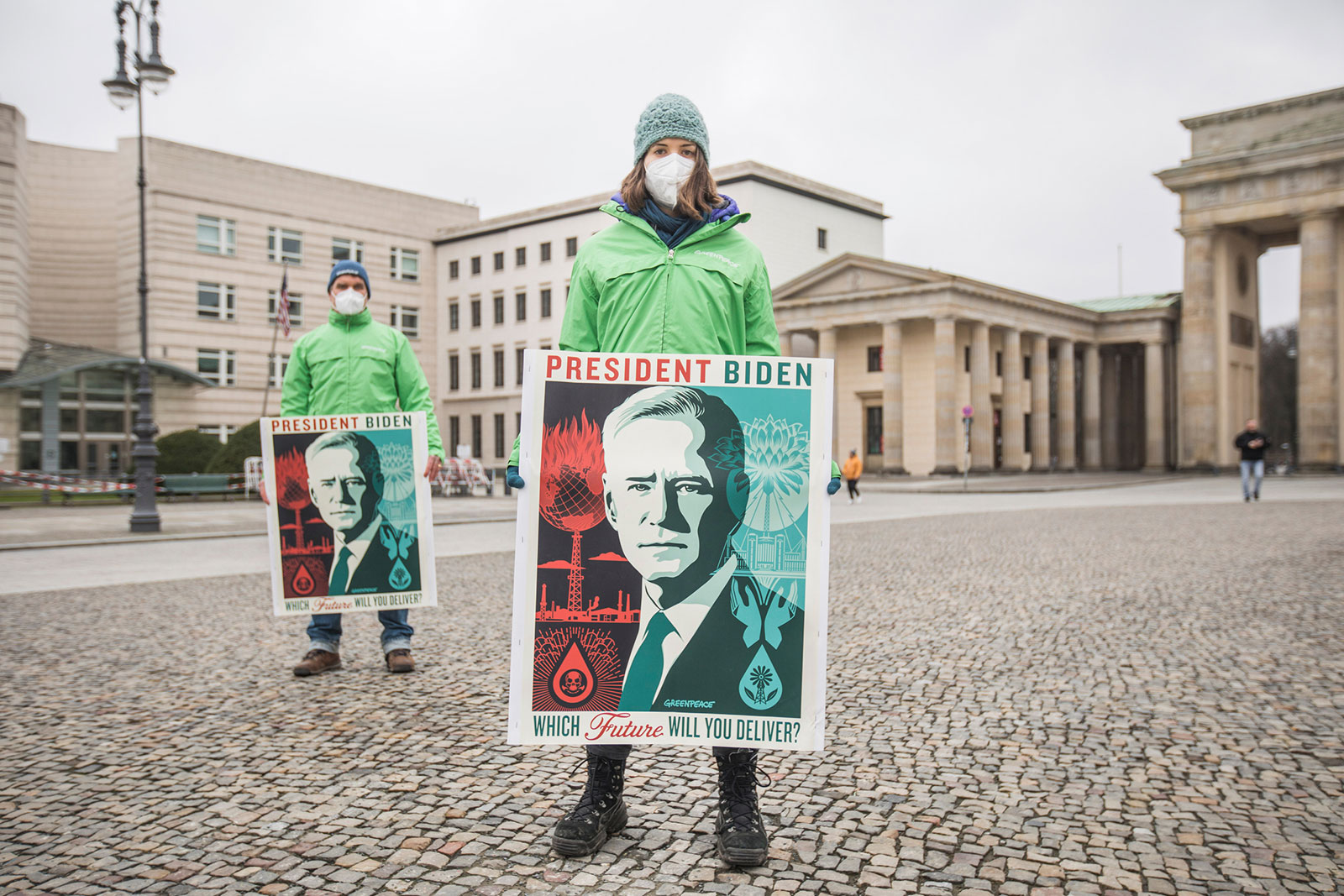