Is this the future of beer pricing? 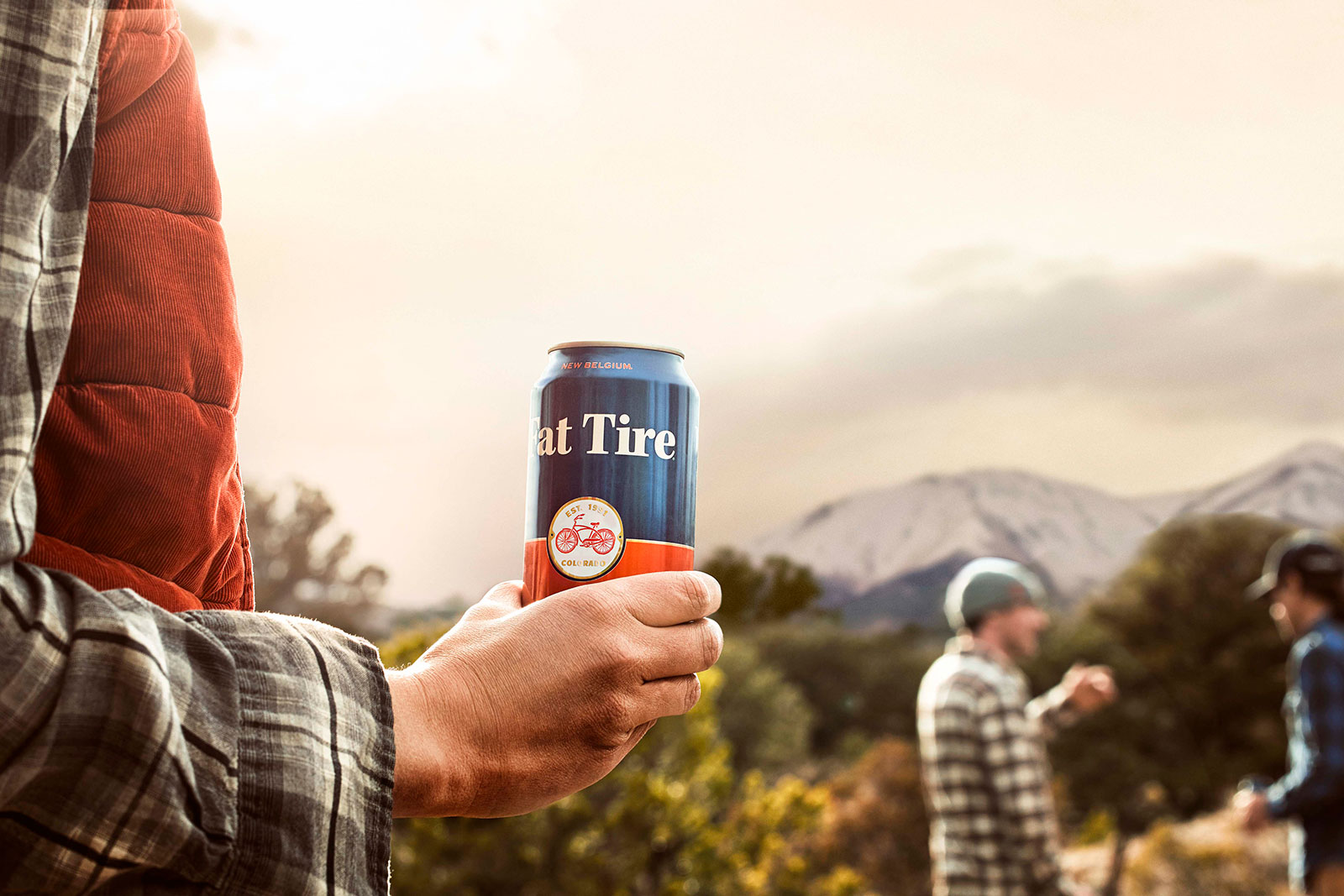 Do you want to live in a world where a six-pack of beer costs $100? Wild guess: You don't. And yet, today, select retailers began advertising $100 as the price for sixes of New Belgium Brewing's Fat Tire Amber Ale.

Is this any way to celebrate International Beer Day?

Of course, you won't really have to pay $100. It's all part of a broader campaign, "Drink Sustainably," designed to raise environmental awareness and underscore Fat Tire's status as America's first certified carbon-neutral beer.

This ad, which doubles as an in-store display poster, explains the position: 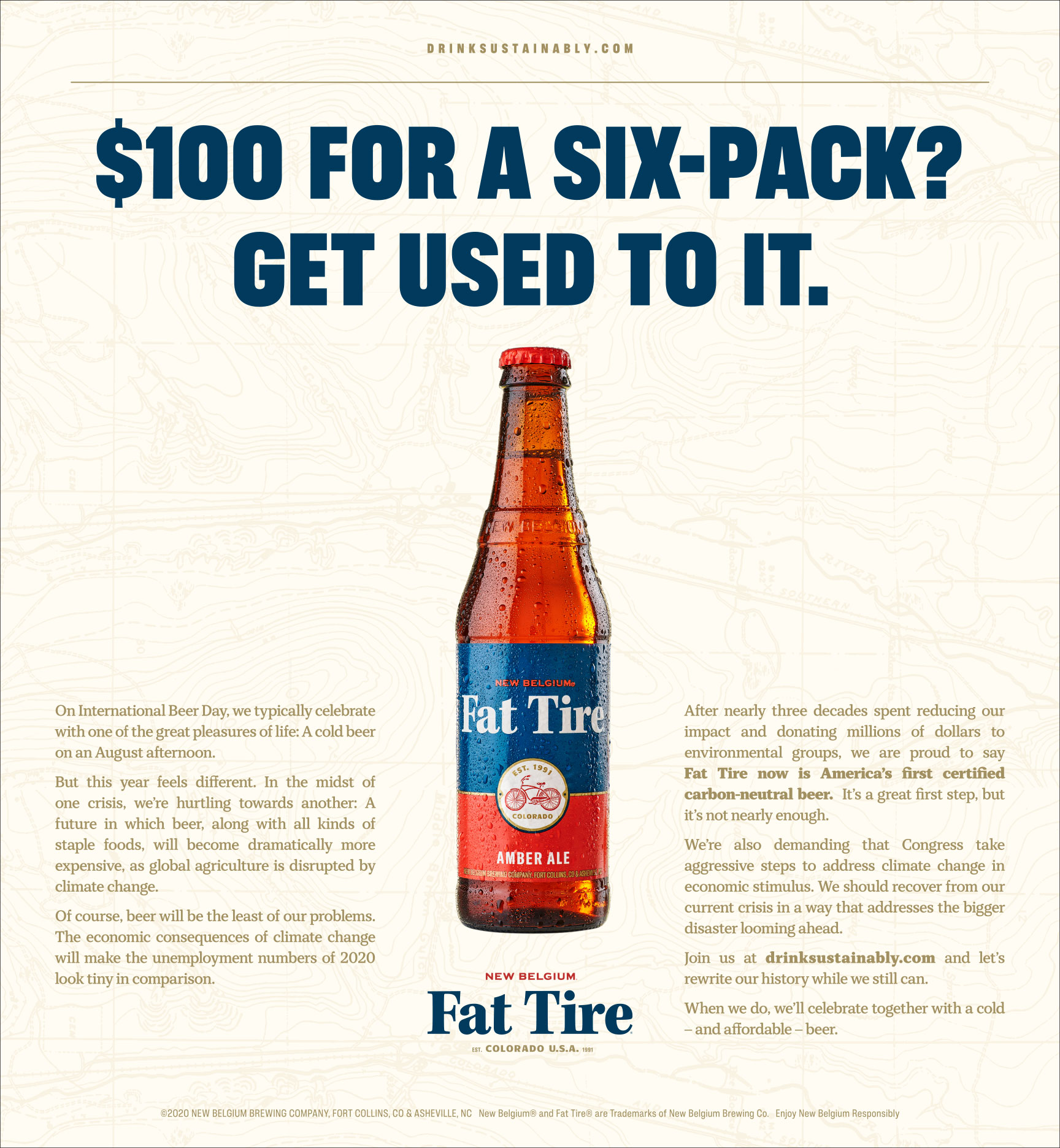 "It's important to note that Fat Tire is raising a flag not just for consumers, but for retailers, supply chains and industry folks," says Mira Kaddoura, founder of creative agency Red & Co., which devised the initiative.

"Fat Tire's core audience has a great deal of overlap with the outdoors and environmental issues, so there is already an affinity for the idea," she says. "But this campaign is talking to everyone who has something to gain from sustainability—which is literally everyone on the planet."

Kaddoura views the $100 gambit "as a way to have Fat Tire put some skin in the game—not just another 'awareness' raiser, but a real shock to the consumer system."

Several retailers in Colorado and Minnesota agreed to advertise Fat Tire for a C-note, though in reality they'll offer a steep "discount" at the register, reducing the cost roughly tenfold. (Phew!)

The brand will run its "Drink Sustainably" messages across New York Times properties, NPR, the Guardian and other platforms. 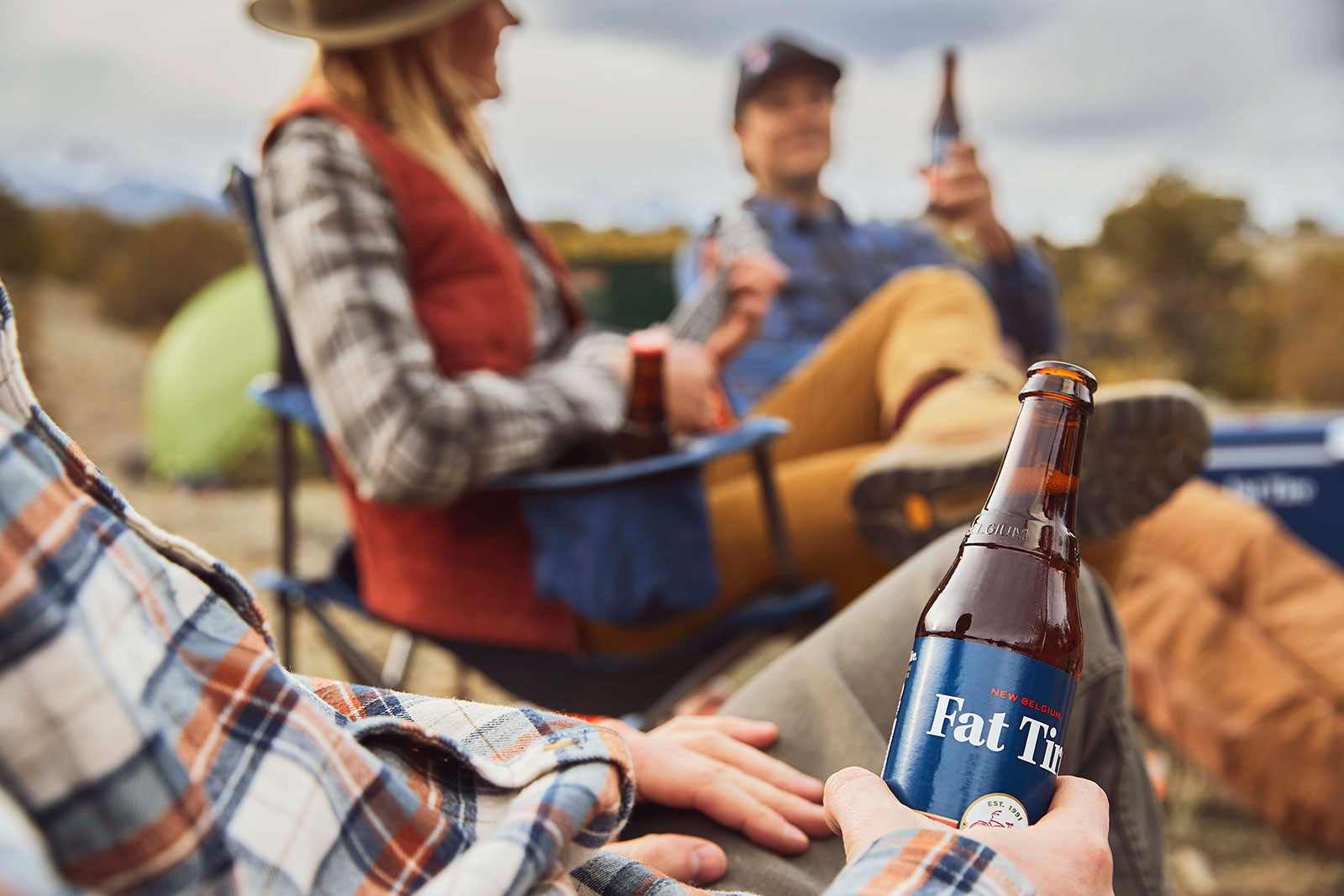