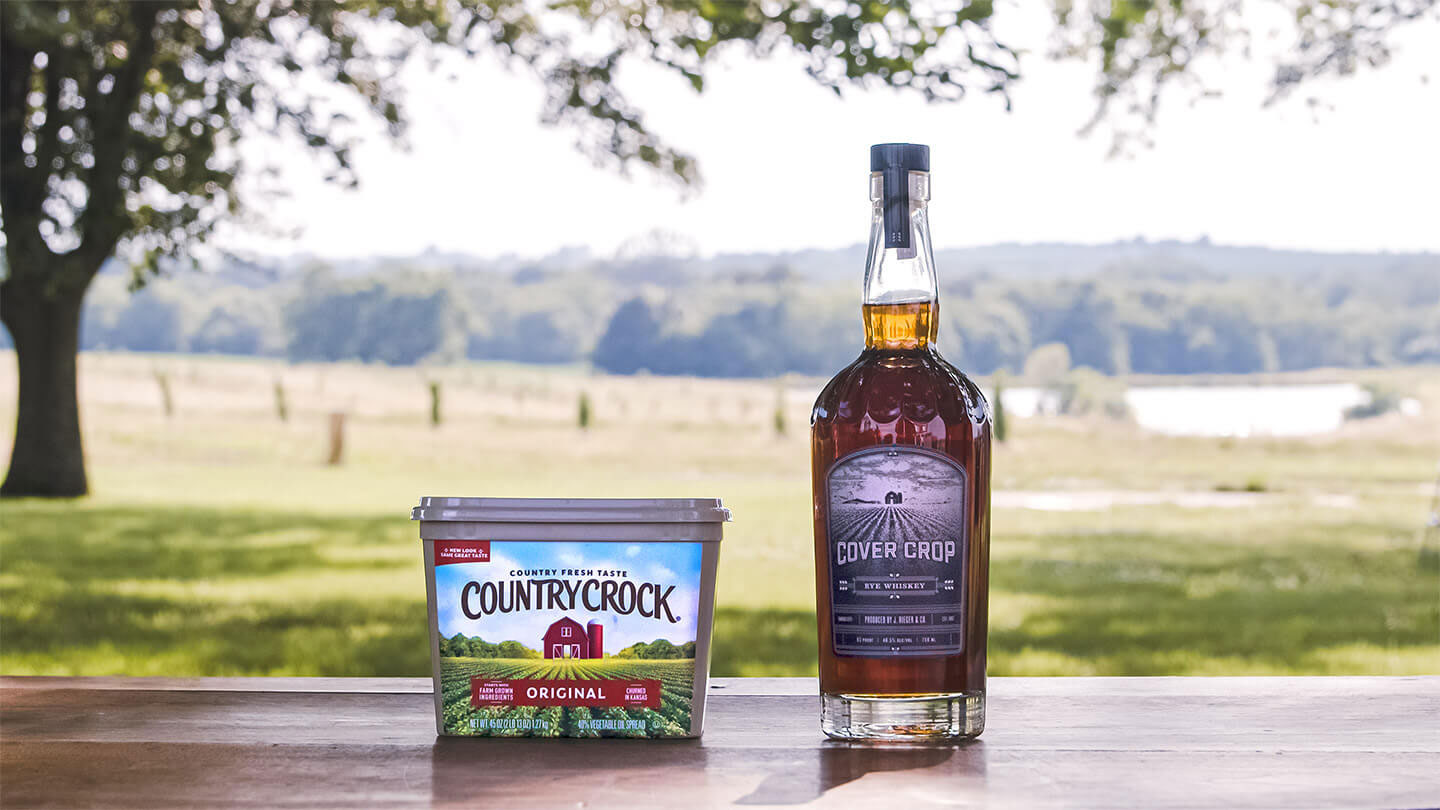 Farmers face soil erosion and deteriorating nutrients from planting and harvesting the same crops over and over. Grown in between harvests, cover crops maintain a soil's health and replenish lost nutrients.

A two-minute video running on social media explains cover crops and why Country Crock chose whiskey to get the cover crop convo rolling. The easy answer is cereal rye is a common cover crop and people will talk endlessly about whiskey, so a custom rye whiskey was born.

We spoke with Dave Metcalf, executive creative director at Ogilvy Chicago, about the campaign's backstory and the hope that more farmers will use cover crops.

What was the campaign brief?

Dave Metcalf: Country Crock had lost a bit of its country roots as a brand. They're a product that's made in New Century, Kansas, and they have a strong connection to America's farmlands, but no one knew about that. So in an effort to strengthen those roots, Country Crock created The Cover Crop Project. Our challenge was to get people talking about cover crops so that more farmers would adopt the farming practice, and more people would know about Country Crock's heritage.

How did you come up with the idea to make whiskey from a cover crop?

We were thinking about a unique way to get the attention of farmers that would be hard for them to ignore. When we learned that the most common cover crop is cereal rye, we suddenly made the connection between that and the rye plants used to make whiskey. So we thought, why not blend one with cover crop rye? After all, farmers love a good whiskey. And this would be a way for them to learn about cover crops while actually being able to sip them.

How many bottles were produced?

We produced a limited run of 500 bottles of whiskey for $40 a bottle at Mash & Grape.

How long did it take to harvest then create the whiskey?

We dreamed up this idea over two years ago, and worked with our cover crop farmer, Josh Payne, and distilling partners at J Rieger & Co. for over a year to plan the cover crop harvest, perfect the blend and make the whiskey.

What is the overall goal of the campaign?

Changes in farming come about very slowly. Although technology and equipment has improved, it's always the same thing for farmers—plow a field, clean a field, plant a field and harvest—which is why so few farmers have yet to adopt cover crops. Our overarching goal is to break this repetitive cycle. With the launch of Cover Crop Whiskey, we want to get more farmers to stop and reconsider planting them as a more sustainable way to farm. We also hope to popularize cover crops with the general public and introduce more people to them who can rally their support for farmers.

Ultimately, we're hoping to revitalize more of America's farmlands, because the soil health is currently in trouble. It's totally tapped from planting the same crops over and over again. If we can help protect this vital resource, and ultimately the food that comes from it—while enjoying a glass of whiskey—we're happy.