"I've heard people make comments like, 'Thanks for bringing the virus over.' " "Didn't it come from you guys?" "A passenger told me I should go back to China." "I've had strangers cough at me." "Someone spit three times towards my direction. I felt so violated."

Those are some of the slurs and indignities that Americans of Asian and Pacific Island descent, including Melissa King, the most recent Top Chef winner, recount in the 75-second film below. The PSA launches today under the Ad Council's "Love Has No Labels" banner, addressing bias against the API community amid the Covid-19 pandemic.

Fight the Virus. Fight the Bias | Love Has No Labels | Ad Council

"My biggest fear is that all the stereotypes we've worked so hard to break are just going to be reversed. And I won't let that happen," King says at one point.

The subjects discuss making masks, donating plasma and serving as essential workers. They're all proud Americans, understandably hurt and dismayed by the ignorant treatment they've received at the hands of the unenlightened, including the current occupant of 1600 Pennsylvania Avenue.

In the ad, they conclude by listing their occupations—"I'm a firefighter," "I'm a chef," "I'm an artist," "I'm a nurse"—adding each time, "… not a virus." This really speaks to the sadness of our times, and Yang's crisp black-and-white photography and straight-up documentary style underscore the incontrovertible unfairness, cruelty and stupidity of the situation.

Come on, people, natural disasters—and coronavirus surely qualifies—are supposed to unite us, not tear us apart. Yet a recent Pew survey finds almost one-third of Asian adults reporting ethnic insults since the outbreak began, with 60 percent saying such episodes have happened more frequently during the pandemic.

"I hope to do my best to represent our community and show that we're stronger when we support each other and share our experiences honestly and compassionately with others," says Yang.

"Our primary target isn't people who are spewing hate and violence. It is the overwhelming majority of adults who believe in equality but are not doing much to advance it," Sheri Klein, vp of campaign development at the Ad Council, tells Muse.

"Our audience is very much exposed to negative rhetoric, myths and misinformation," she says. "They witness others scapegoating Asian communities but don't realize the negative impact that it has on the API community. Our campaign seeks to push against this rising hate by raising awareness and providing information and resources on how to act as an ally."

Tagged "Fight the virus. Fight the bias," the campaign directs viewers to the "Love Has No Labels" website, and includes these :15s:

You'll also find an augmented reality filter located under "Effects" on the "Love Has No Labels" Instagram page. To show solitary with the API community, choose a descriptor from the menu ("friend," "ally," "neighbor," "mother," etc.) and record a video message of support to share on social media. 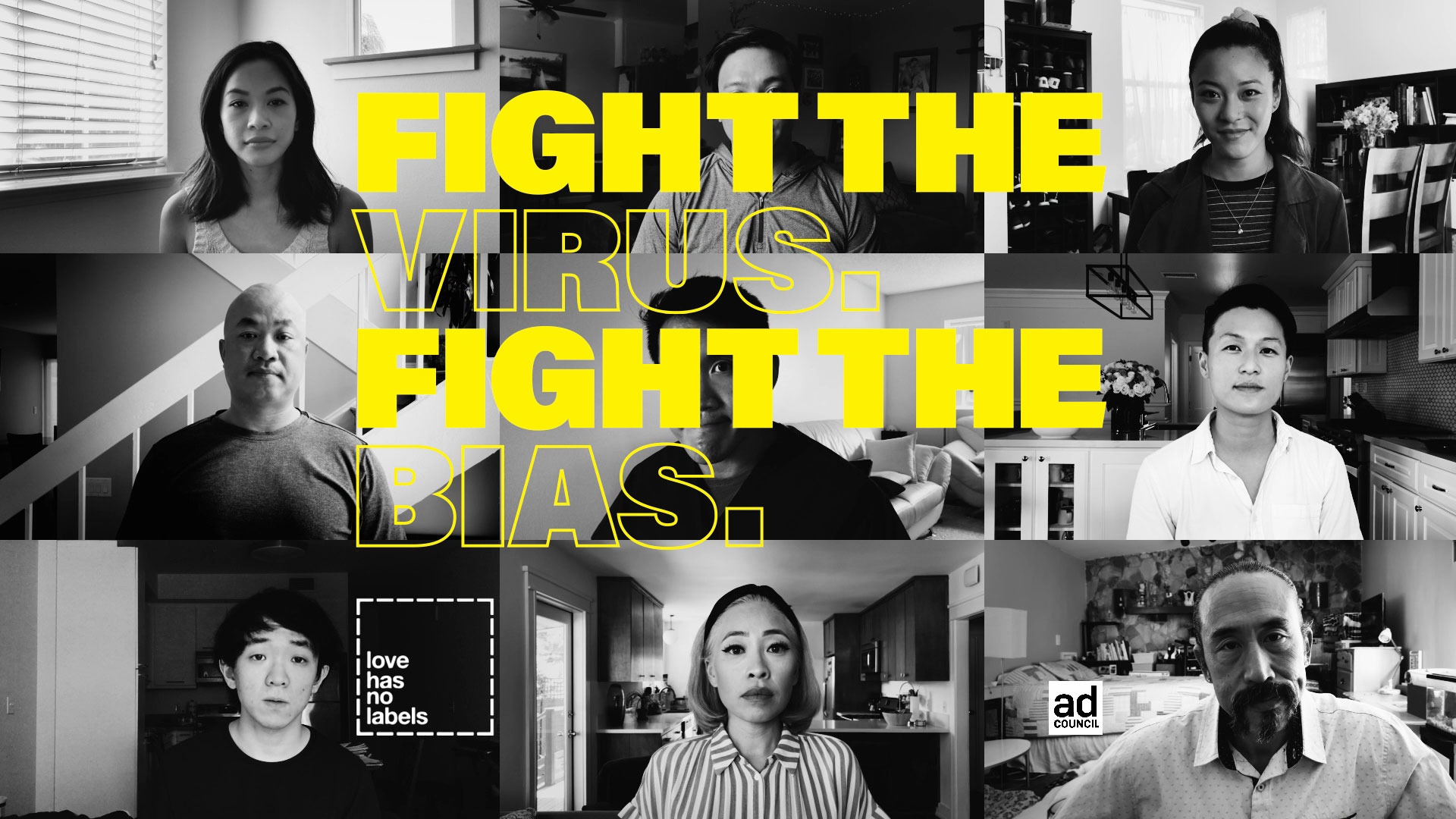 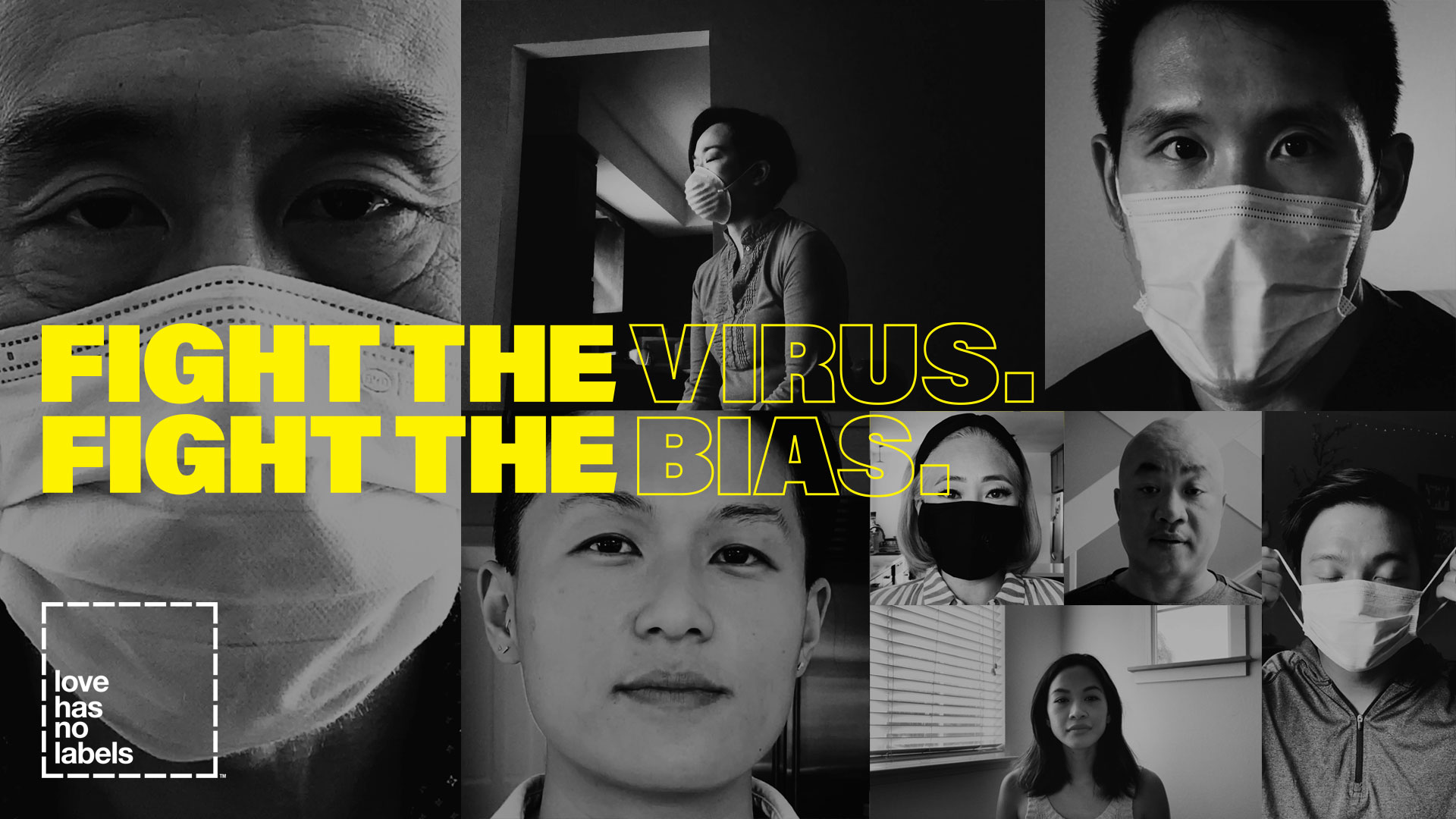 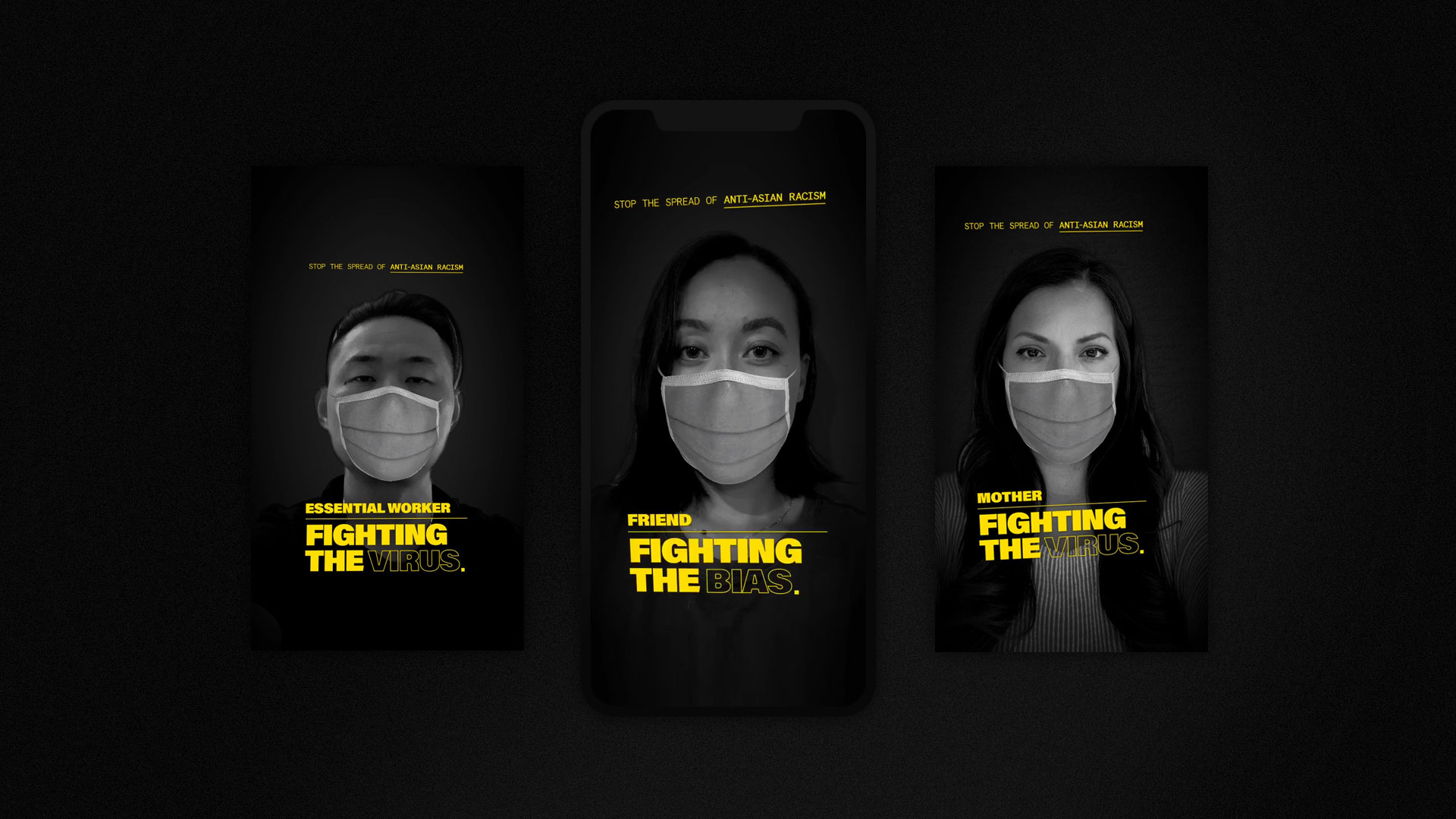 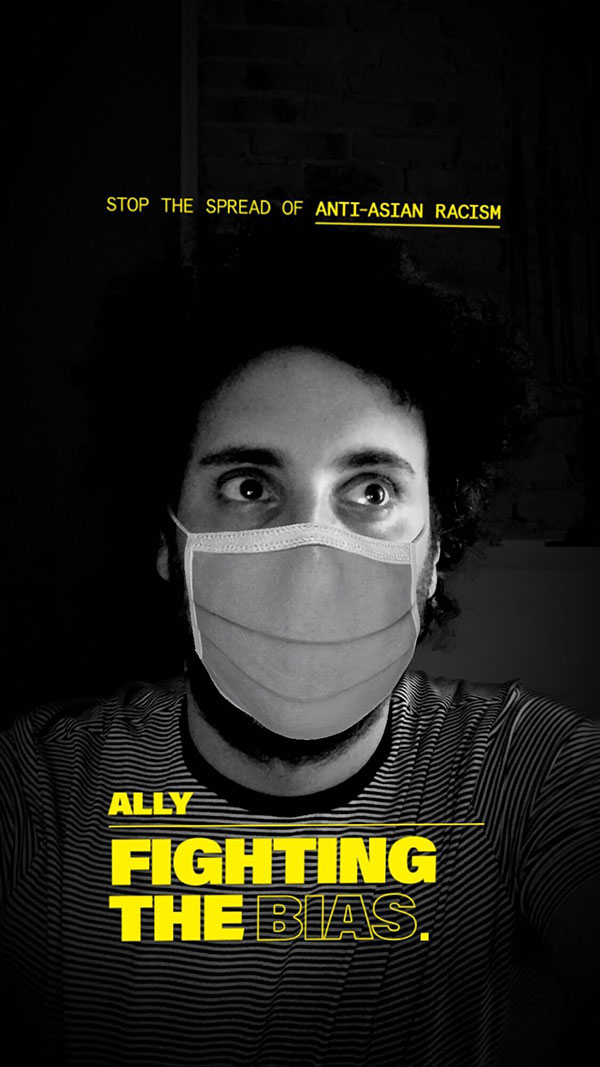 Over the past half-decade, "Love Has No Labels" has generated considerable praise for its notable content, including an Emmy for this 2015 Pride spot, "Dancing Skeletons." Last month, the Ad Council and R/GA created a potent Black Lives Matter appeal for racial justice under the platform.