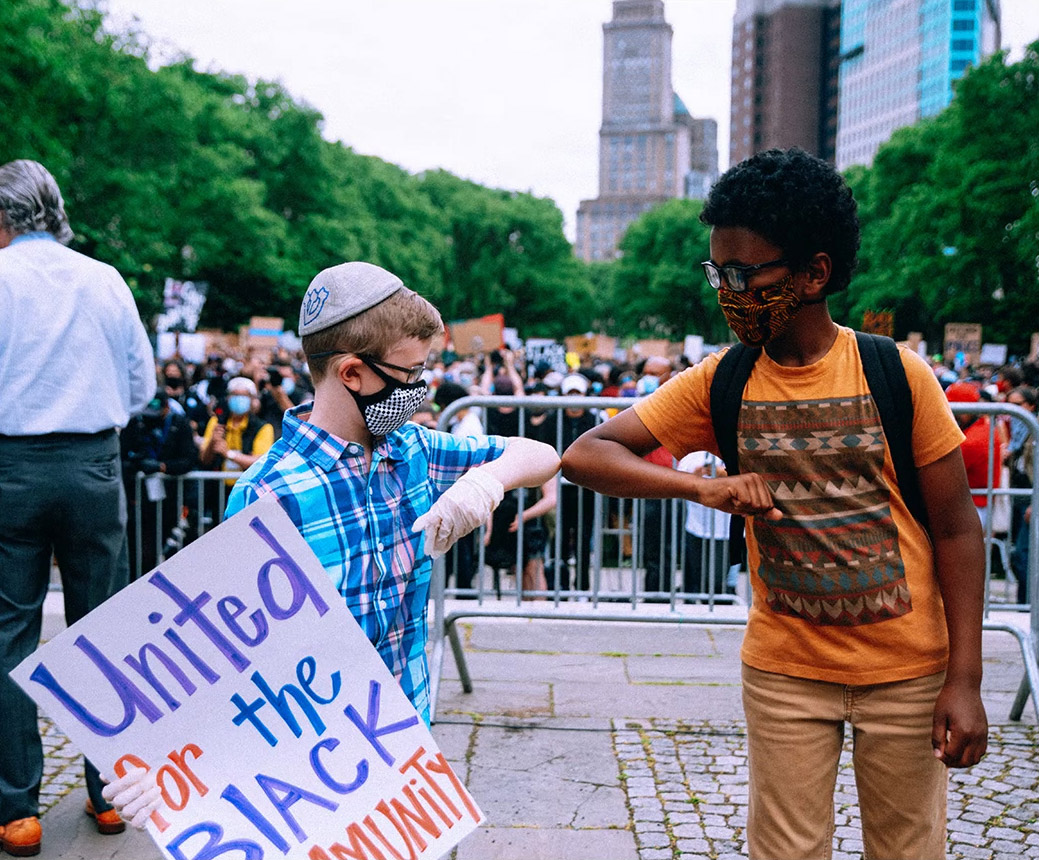 The Ad Council and R/GA take a strong stand for racial justice, under the "Love Has No Labels" banner, in a 60-second Black Lives Matter PSA that broke today.

"America, land of the free," a narrator begins over shots of Old Glory, fireworks and Manhattan. "It's at the core of who we are: Freedom." The PSA then goes on to define what freedom should mean, but often doesn't, alluding to episodes of brutality and injustice toward Black Americans:

Fight For Freedom | Love Has No Labels | Ad Council

In America, everyone merits "the freedom to live without fear, to drive through all 50 states, to sleep safely in our own beds," the ad says. "The freedom to jog where we please. To watch birds in the park. To wear a hoodie. The freedom to breathe."

At that point, halfway through the film, dubbed "Fight for Freedom," the overtly patriotic imagery vanishes, replaced by recent footage of impassioned street protests and rallies.

"Before we celebrate the freedom most Americans have, we must fight for the freedom all Americans deserve," the spot concludes. "Because no matter what your religion, gender, disability, age, race—all lives can't matter until black lives matter."

Text at the end invites viewers to explore "Love Has No Labels," the Ad Council's site for actionable information on inclusivity and equality.

"With this film, we wanted to use idyllic images of America and traditional symbols of freedom to hold a mirror to the simple acts of freedom often celebrated and taken for granted," Ad Council chief campaign development officer Heidi Arthur tells Muse. "The goal was to reveal the stark contrast of those freedoms with the way Black people in this country endure systemic racism and injustice."

Black photographers provided the street footage that dominates the second half of the ad.

"It was heartening to know there's an abundance of these images … that people of all backgrounds are coming together to support the Black Lives Matter movement," says Arthur. "Our goal is to help inspire millions of Americans to learn, donate and participate in the fight."

"For brands, companies, and people who choose to stand behind our message, know that activating alliance is a journey," adds R/GA strategist Brandon Heard. "This is just the beginning of what it looks like to turn privilege into power and to employ that power to advance the culture of diversity, equity and inclusion."

While not as hard-hitting as Procter & Gamble's "The Choice" or Ben & Jerry's comprehensive manifesto agains white supremacy, "Fight for Freedom" memorably delivers its message and is also valuable for directing viewers to useful resources.